Expo Visit with Lola Zoido: The Garden I Will Never Get to Have 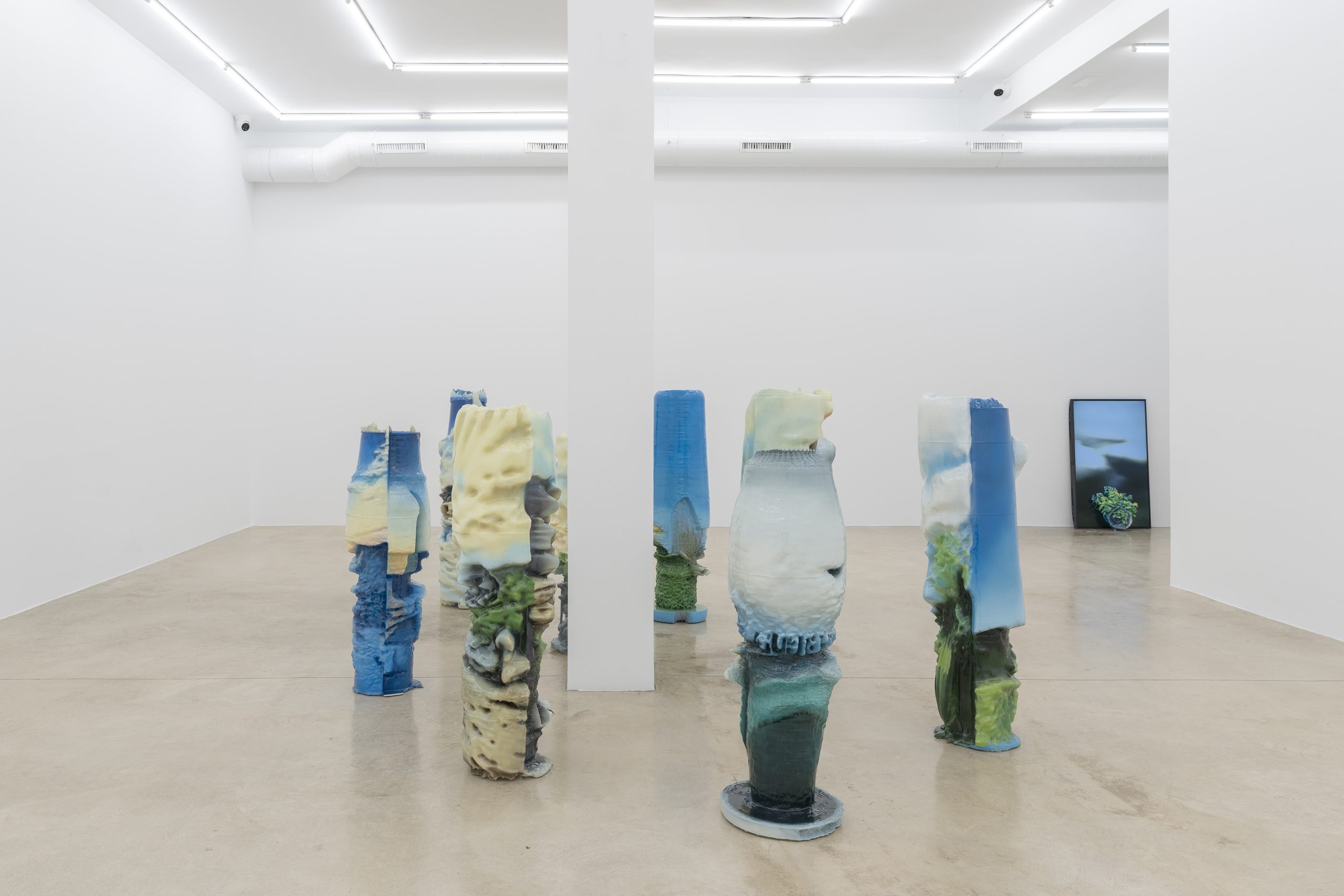 “In March 2020, a news story appeared in the press that took just hours to become a meme: Caelie Wilkens, a British woman, had been caring for a plant for two years that turned out to be made of plastic. Wilkens was telling the newspaper that she felt a deep disappointment, that ‘those last two years had been a lie’. I laughed. I forwarded it to contacts who also laughed. But two years later, every so often, I am reminded of that devastated woman’s words. I wonder if, during those two years of care, until the woman dissected the pot and discovered a piece of cork at the bottom, that plant was really fake, or if, as in the Schrödinger’s cat experiment (impossible to verify), that plant was real and fake, simultaneously, until the very moment when it was taken out of the pot and had to decide on one of those two states. The question that every month or two comes back to my head is the following: can something that produces real feelings become fake?”

This is part of the text written by Mayte Gómez Molina for the new exhibition of the digital artist Lola Zoido (Badajoz, 1994), which has just opened at the Valencian gallery Tuesday to Friday. From the digital to the physical and from the physical to the digital, in this duality navigates the artist. “My work is based on the relationships that we establish today around the digital and how it affects us, I like to raise in my work a more analytical look that evolves into the poetic and emotional, and collide these two ideas in both planes: physical and digital” Lola Zoido tells us.

And under the title “The Garden I will Never Get to Have” Lola wanted to materialize the conflict faced by the new generations, determined by a routine in constant movement conditioned by the precariousness and lack of job stability. “The idea comes from a book entitled ‘Brief history of the garden` where they trace the garden as an ancient practice and emphasize that nomadic civilizations did not fall into these activities for obvious reasons” says Lola “I found an interesting parallel with my situation and that of many people, not only by the idea of digital nomad and the economic situation, but also by the fact that it raises the future seems to me as something complicated” she adds.

And from the garden as a symbol of stability this exhibition was born. We talked to Lola to give us a personal tour of the exhibition, which can be seen until November 4. 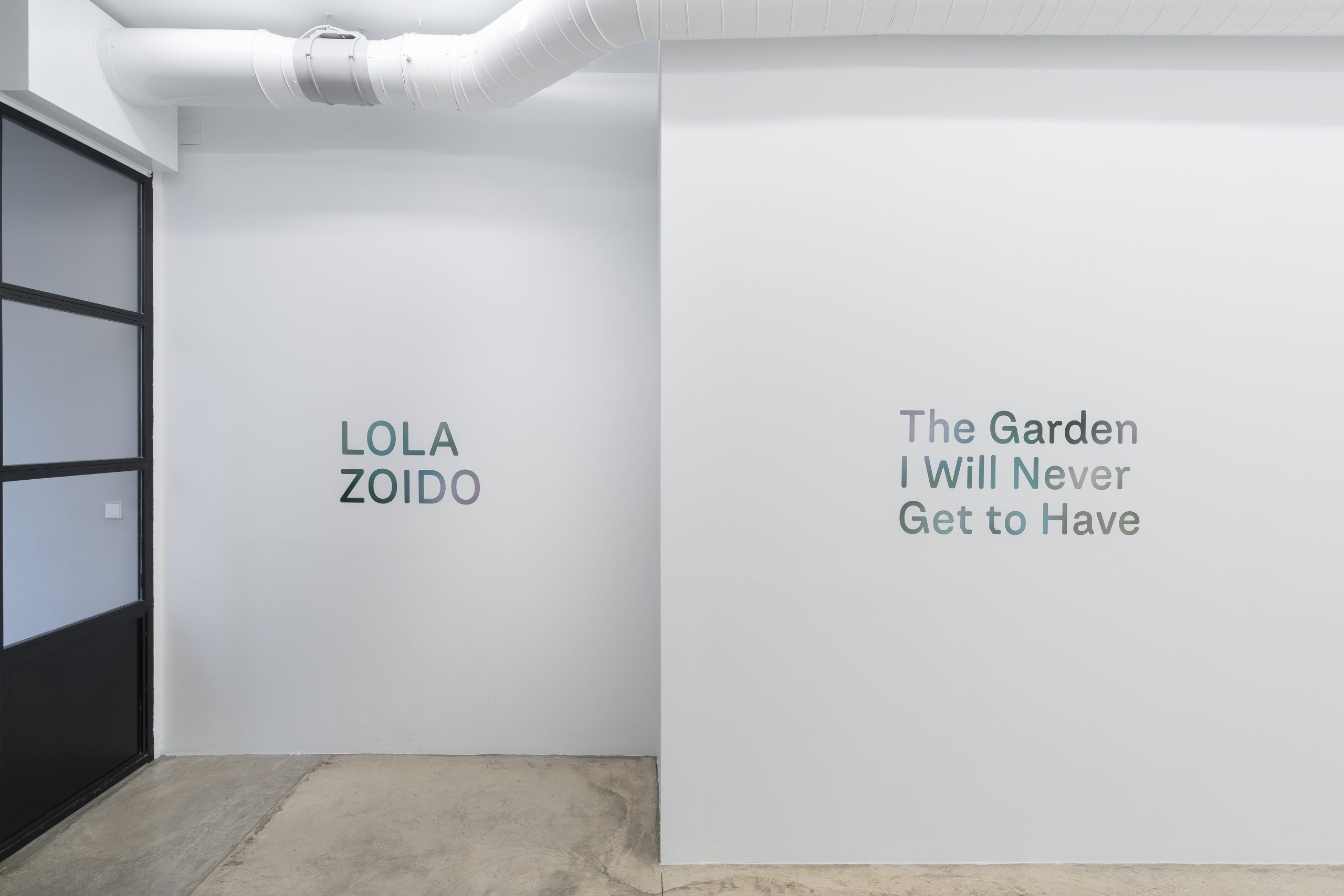 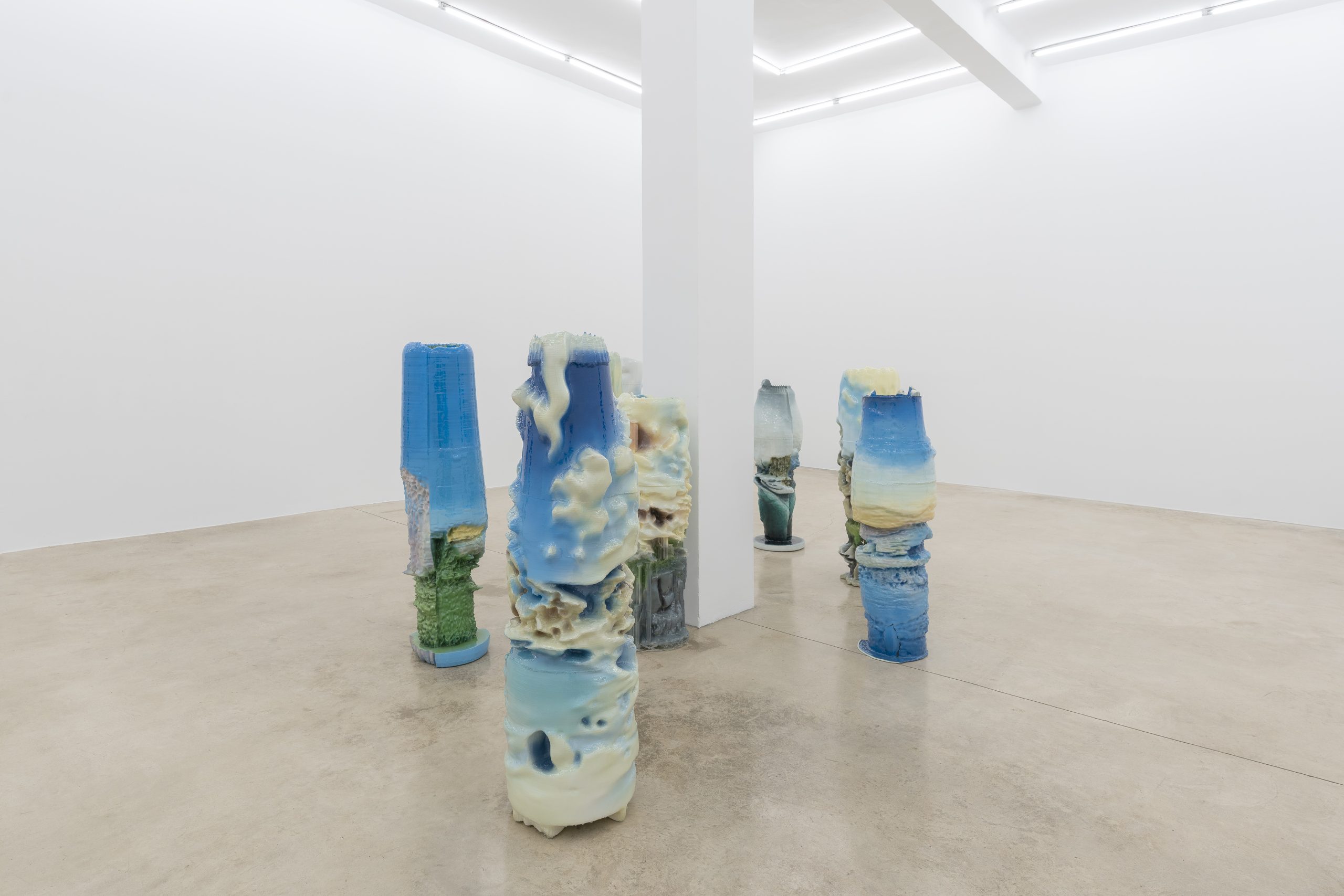 “The group of columns are a series of landscapes generated with an artificial intelligence that works by creating an image from a phrase. I asked the program to generate for me a collection of sceneries that can only be seen through these programs. With the intention of showing technology as a medium that will help us to visualize a future. The digital medium as a bridge between the present and the future. The idea of them being pillars or columns I quite liked as a parallelism, since it represents that structure that supports the idea of the future, which is conceived as something fragile that can fall at any moment.” 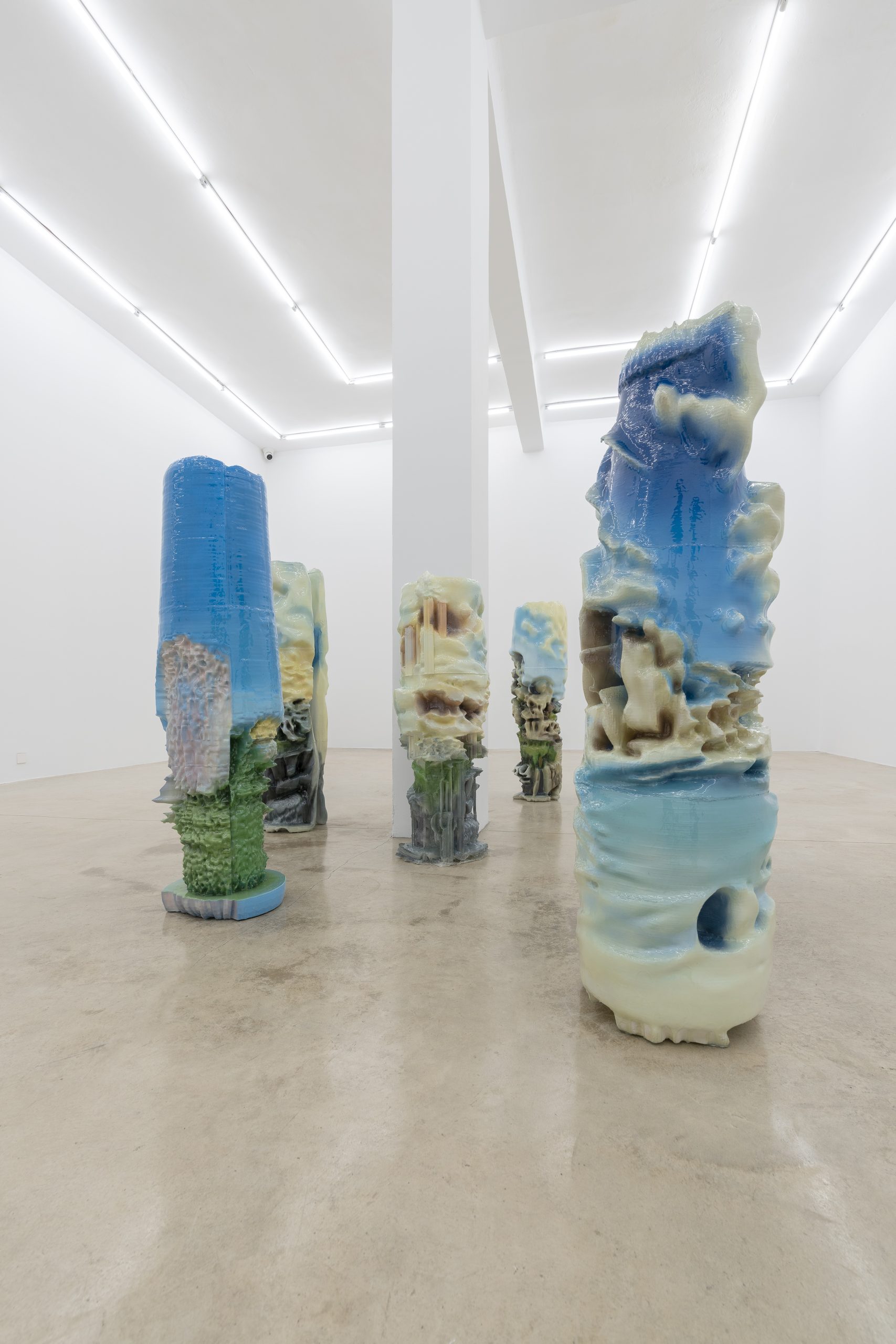 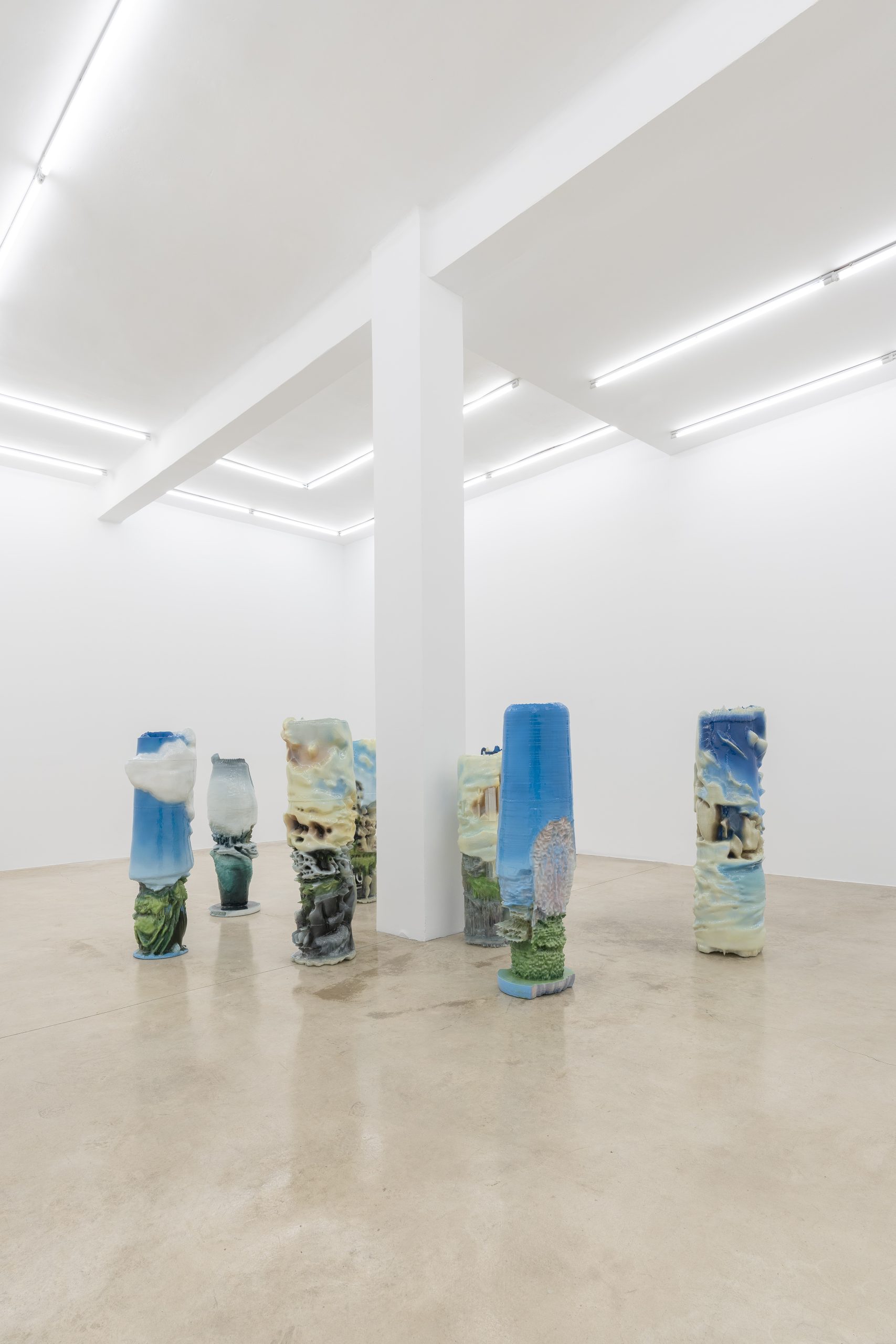 “At the level of creation process, as I said before these are not real landscapes, so by manipulating the image and placing them around the columns, and the subsequent 3D printing they are pieces that are born from a computer and then resignified to the physical plane. The production of the columns was little by little, my 3D printer is only capable of printing from 40cm to 40cm, so I had to go printing each piece, assemble it and finally paint it. And after some trial and error I was finally able to make all seven.” 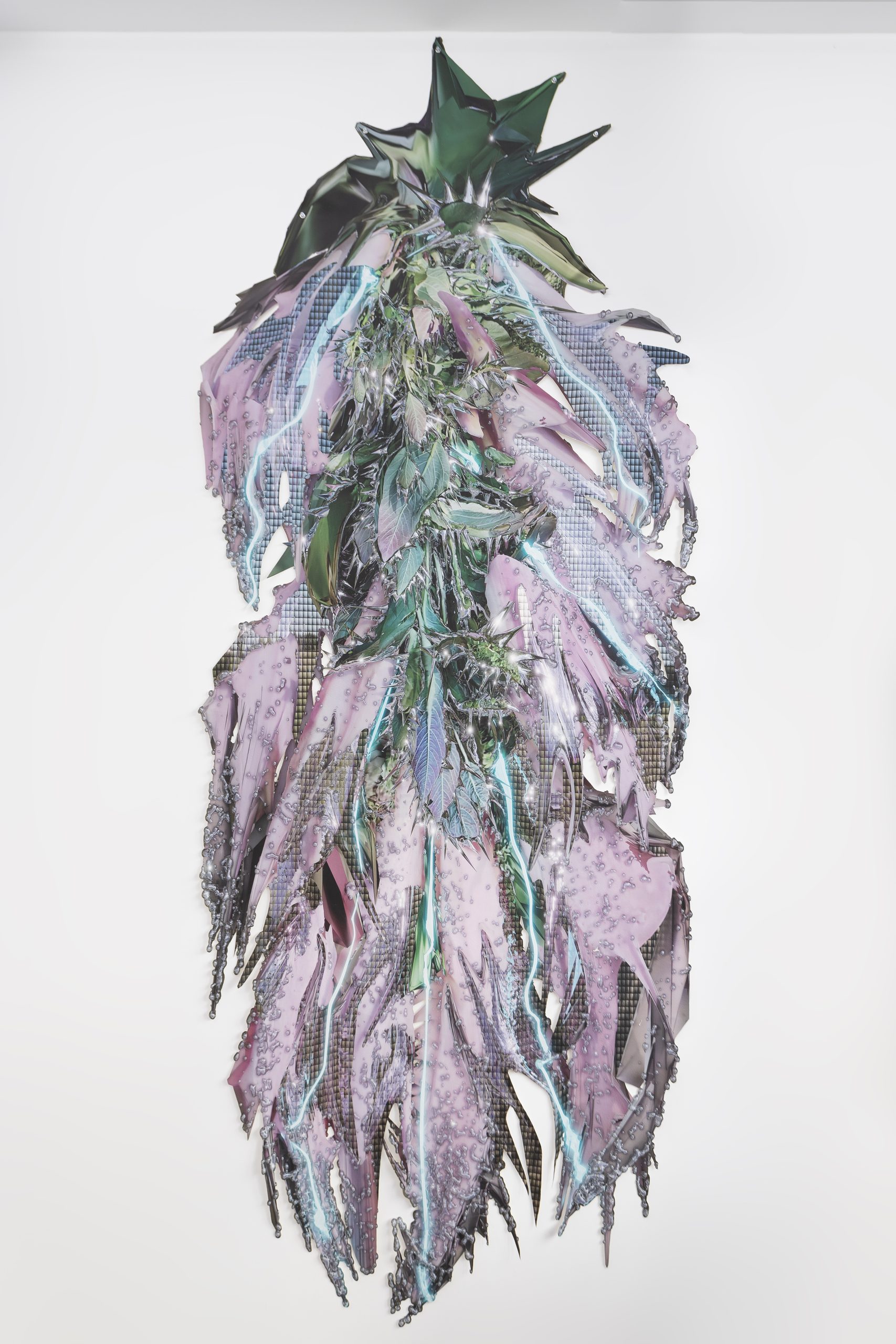 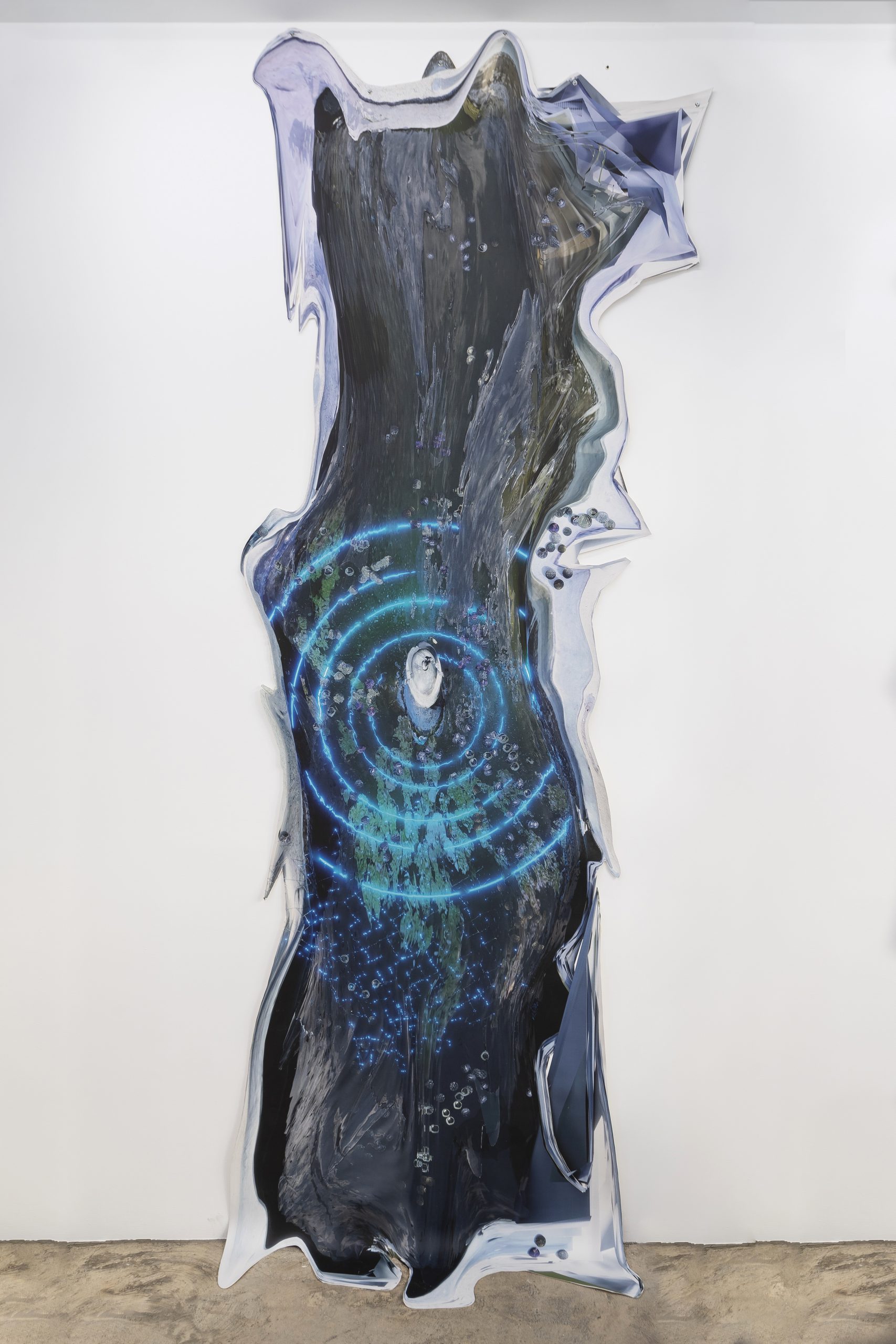 “The two textile pieces hanging on the wall, four meters each, are based on elements that I scanned from the Botanical Garden in Madrid, one is a small fountain and the other is a completely deconstructed flower, the result of the lack of information in the scanning phase. I am very interested in what happens in these processes that play with pixel and deformation. After these scans full of imperfections I proceed to generate a render that is later printed on a leatherette fabric and that’s how the fabric is born.” 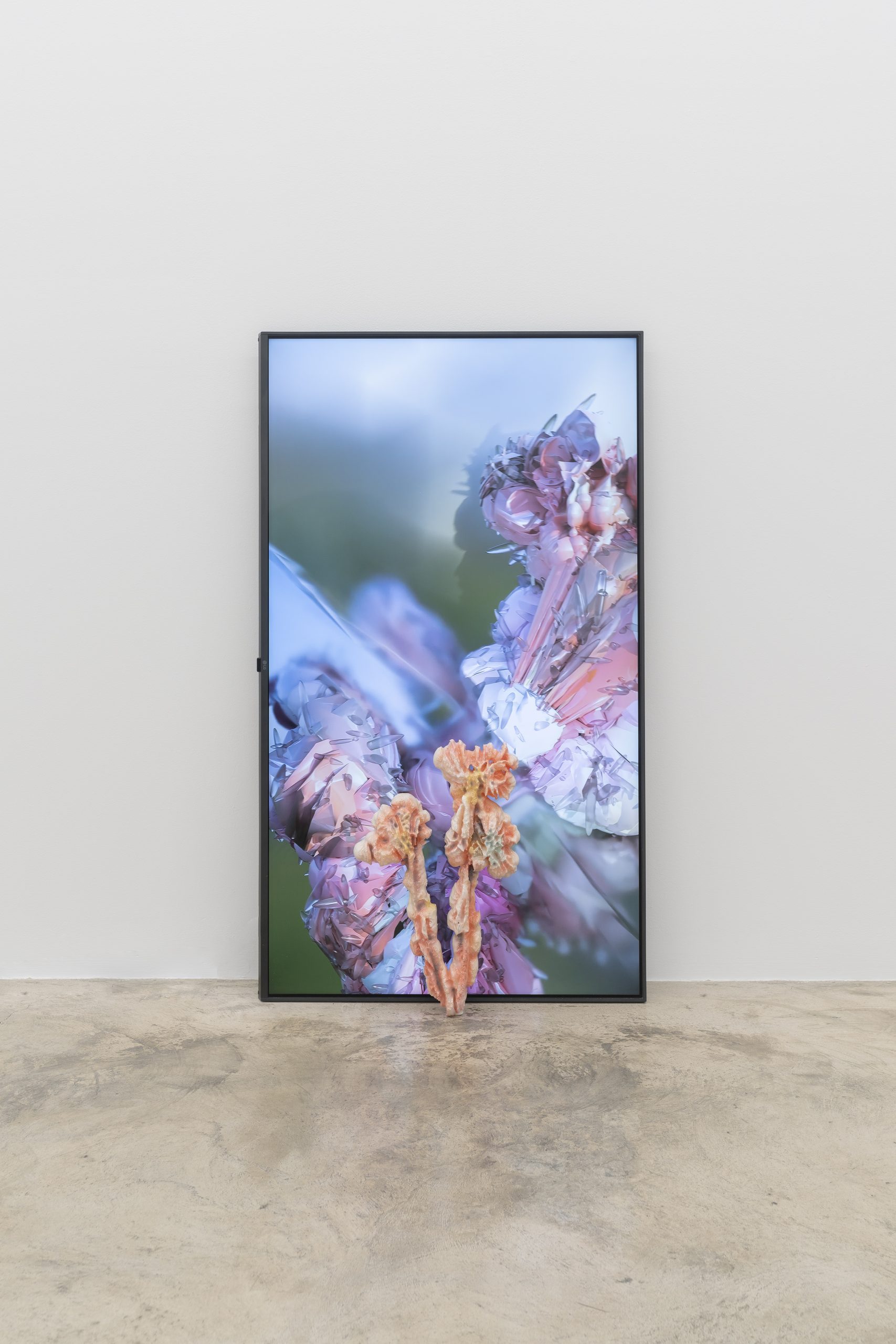 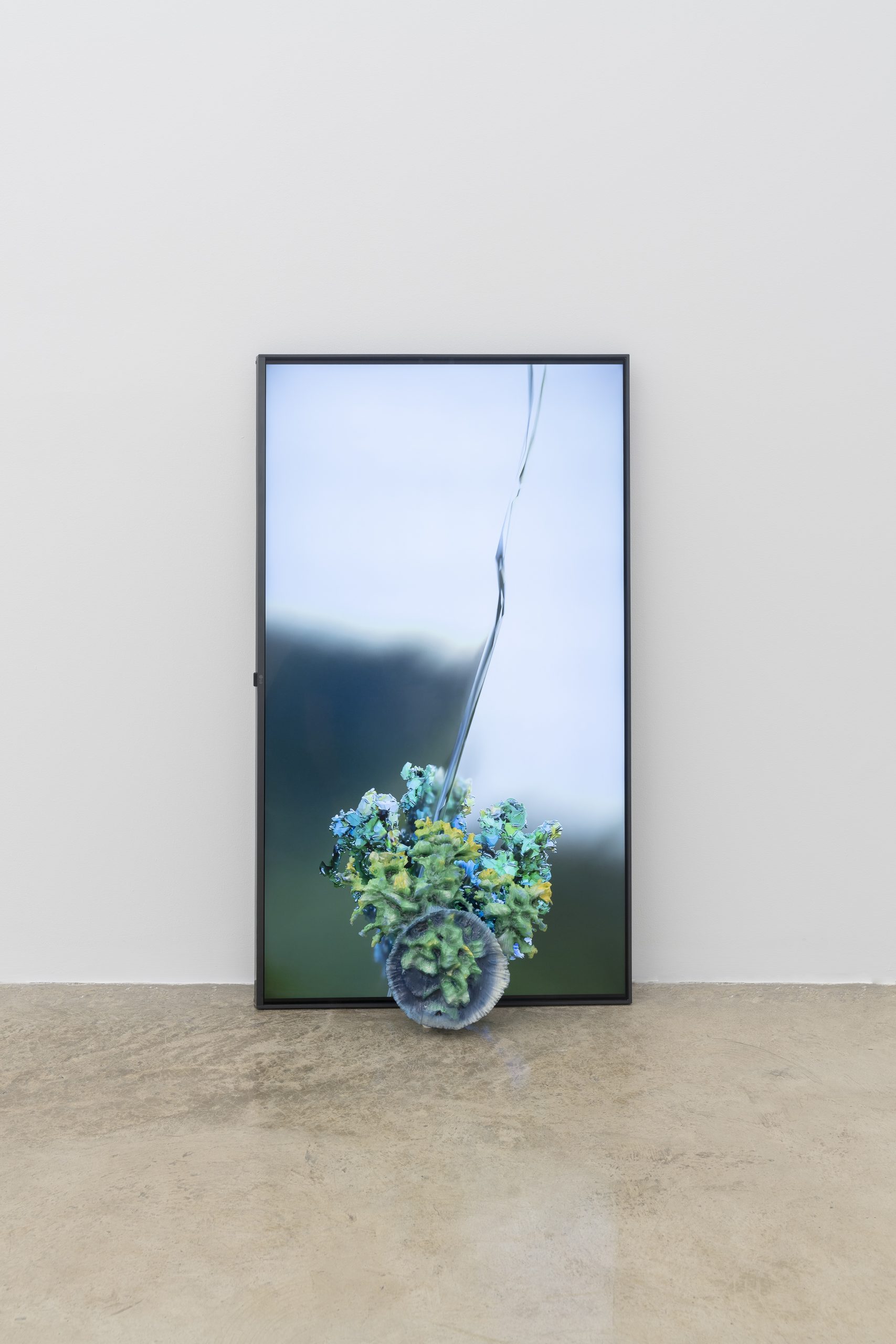 “Finally I wanted to include that digital facet creating some compositions that fluctuate with the physical. I am very happy with the result as there is a very curious interaction between the animation behind with the static and physical piece in front. These pieces create a synergy and the perfect link with the rest of the room,” concludes Lola.