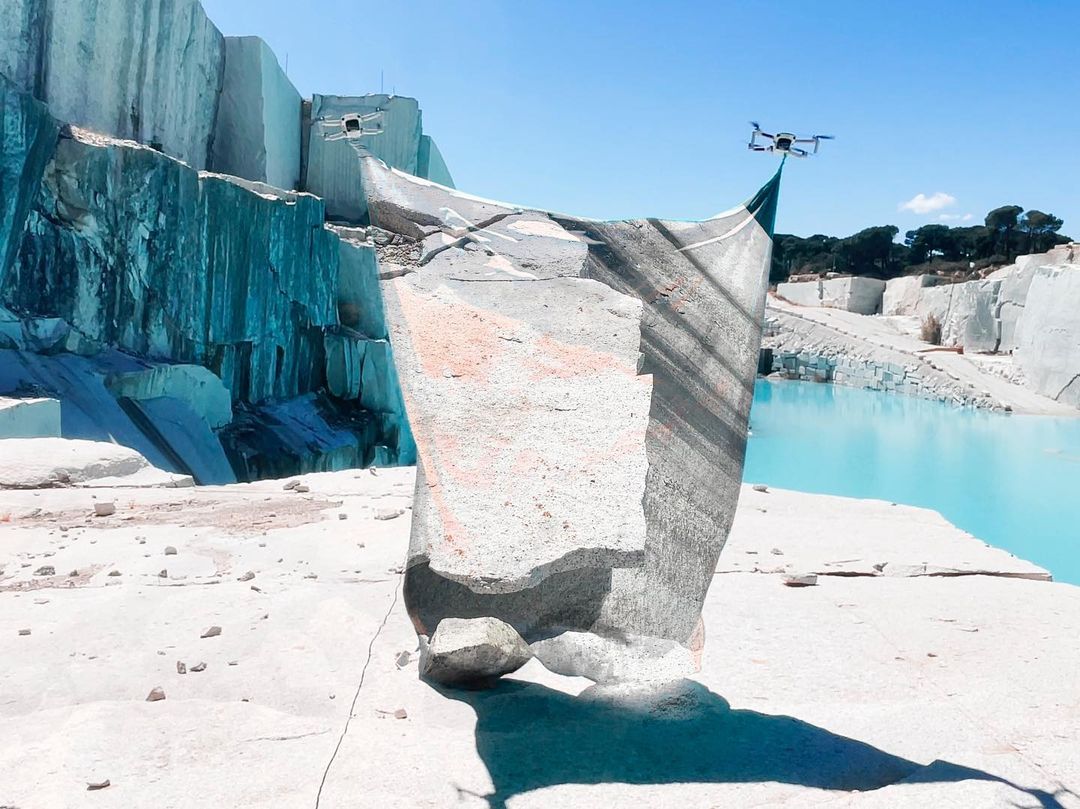 Throughout the history of art, nature has been a constant element, either as a backdrop, as a detail or as a protagonist. The classical view on nature exhibits compositions on canvases that seeked to recreate the harmony and balance of landscapes, gardens and forests through delicate but precise brush strokes. On the other hand, nature has also been represented at its rawest and tameless manner, with clouds over skies and electric storms.

Eventually, brush strokes were more loosened and painters started to fixate on other elements of nature such as light. And later with the appearance of photography as a form of art, nature could be depicted just the way it was. The shared point in these different techniques is expressing the inner human emotions whilst portraying the diversity of nature. Searching for ways to reproduce the sublime yet crude reality of the environment that surrounds us.

It seems clear what nature is and how it has been represented, but let’s consider the opposite of nature. If we raise this question, we can start to consider elements that depend on us to function, unlike nature. That is, technology. Of course there are automated algorithms that can make a computer work by itself, however that algorithm depends on previous programming by humans.

Although apparently antagonistic, there are numerous artists who have taken advantage of this contradiction between technology and nature to recreate nature through technology. Digital tools are being used to reproduce the harmony, the tameless and the raw of nature with the same goal as classical artists.

Technological advances have even enabled these artists to create environments that in some cases don’t even exist but embody and capture the essence of nature. We wanted to gather a few artists and projects of the perfect example of the versatility of digital landscapes.

Ida Lissner is a copenhagen-based artist who uses technology to create virtual worlds, her main inspiration comes from a feeling of loss caused by the irreversible changes humans are making in our environment.

Her works recreate an ephemeral landscape that feels mystical yet with many similarities to terrenal gardens.

This project is a reconciliation between the artist Cristobal Asencio and his father Margarito, who committed suicide when Cristobal was just 15 years old, only to find out the real reason of his death when he was 30 years old. As a way of recreating the associations and images Cristobal has of his father, he wanted to depict these “corrupted memories”.

Using as reference the landscape planes of the last garden his father worked on last, he creates a digital garden through photogrammetry techniques that establish a dialogue between photography, memory, the digital world and the organic.

Ryan Decker creates imaginary landscapes that feel surreal, almost like a fever dream. His fictitious round-shaped creatures and plants come alive in his compositions, which some even later turn from virtual objects to a tangible reality.

Yosi Negrín is a Spanish artist from Tenerife whose work investigates the link between the virtual and the real. To explore how technology shapes our reality and way of seeing, Yosin works by employing 3D imagery, moving images, simulations and even in-situ work.

One of his latest projects is “rare-earth” part of the group show “No Tears Left to Cry” group show at the Museum of Contemporary Art in Zagreb which showcases the complexities that exist between the excess of digitality and geology.

Riniifih’s creatures are part of her own planet, which she calls M7. These cute and vivid little insects reflect her own moods and emotions. Some of the bugs can be seen hatching eggs, while others even have plants growing on them, which make her work have a psychedelic characteristic.

In a recent interview with Wepresent, Riniifish expressed that her work also serves a coping mechanism, a means of escape that soothes her and allows to live a fantasy through art.