Imagine a world based on a different logic ʹ Bruno Pontiroli is a dreamer. He lives in a
cloud. An airplane crashes into the cloud. He used to live in Paris, where he studied Fine Arts, before he recently moved to Cardiff, UK.

He loves images and animals. They constantly reside in his mind. The elimination of physical rules, unnatural postures and its observation of today's upside-down world inhabit his work.

Bruno Pontiroli creates mind-bending explorations of the relationship between
humans and animals. From his dreamlike visions, he conjures up surreal and fantastic universes, where centaurs cut off the head of half-human half-horse creatures, over-eager men can embrace large walrus or jump on twisted giraffes and dromedaries fit their cubic-shaped humps into each other. A poetic and absurd ability to make the impossible happen, while a hippopotamus is standing on his tong...
The artist brings to life our childhood dreams and a new look to the world, at the same time. 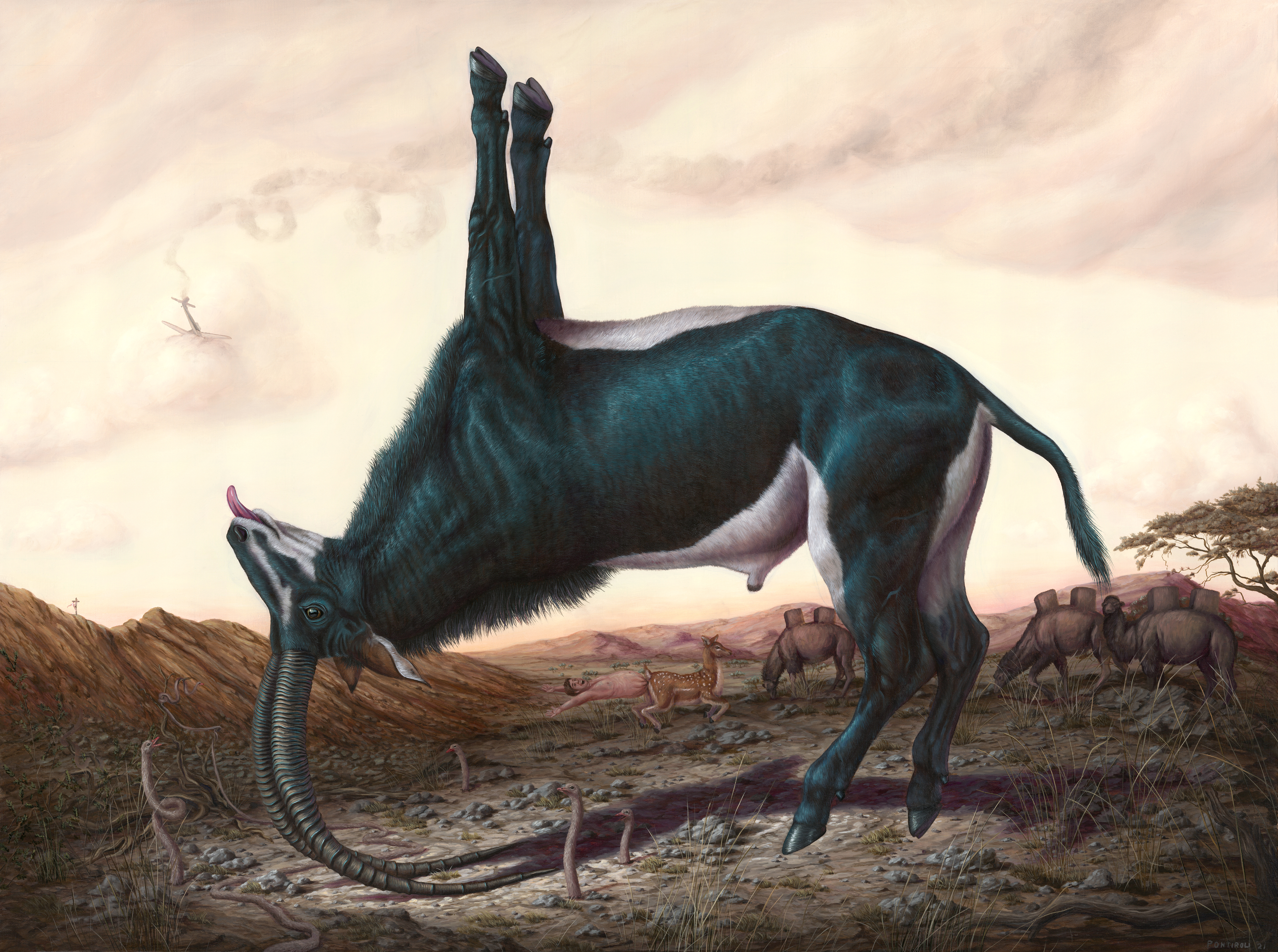