With the phrase “Time heals everything” begins a new phase in the work. The integration of this new idea in development work involves mixing an erotic party that has always been present as based on the thoughts that are broken down to produce feelings of pleasure, pain and control mentioned in the panoptic theory of Michel Foucault, autobiographical traits based on the development of sexuality as an individual outside of Sigmund Freud also, the “Peste Rosa” or AIDS seen as divine punishment that comes directly from the hand of God to expose the unclean man to public chastisement and image basis of purgatory as a fictional field for the development of this metaphorical idea where good and devil are intertwined closely with each other, subtly defined by the collective consciousness rather than by the desire itself of the individual.

The notion of time escapes from our hands and we do not realize. They say: “Time and forgetfulness are like twins, you will be forgetting someone that someday you were longing”. A day and one day less.

The recent series “The threads cover everything” entails time as determinant factor in it development. Based on the above principles, action work on something for months gives space for this reflation about what he does and undoes and what they can do. He does not decide everything, we make the decisions and he gives us space to think and then decide. The fabric pieces used are part of known people, which leads to a very personal symbolic meaning to be used in a imaginary memories quilt, which threads connect, mix and cover to create a new form of feel them. Time does not heal wounds, only he manages to hide them, adapt and it is the one that do not forgives sin in them, for this reason the purgatory is still present in the formats randomly baked on canvas. Time is for moments irrational and nonexistent, instead of time exists motion, without movement there is no time, all movement ends like our time. One who does not remember the past is condemned to repeat it. 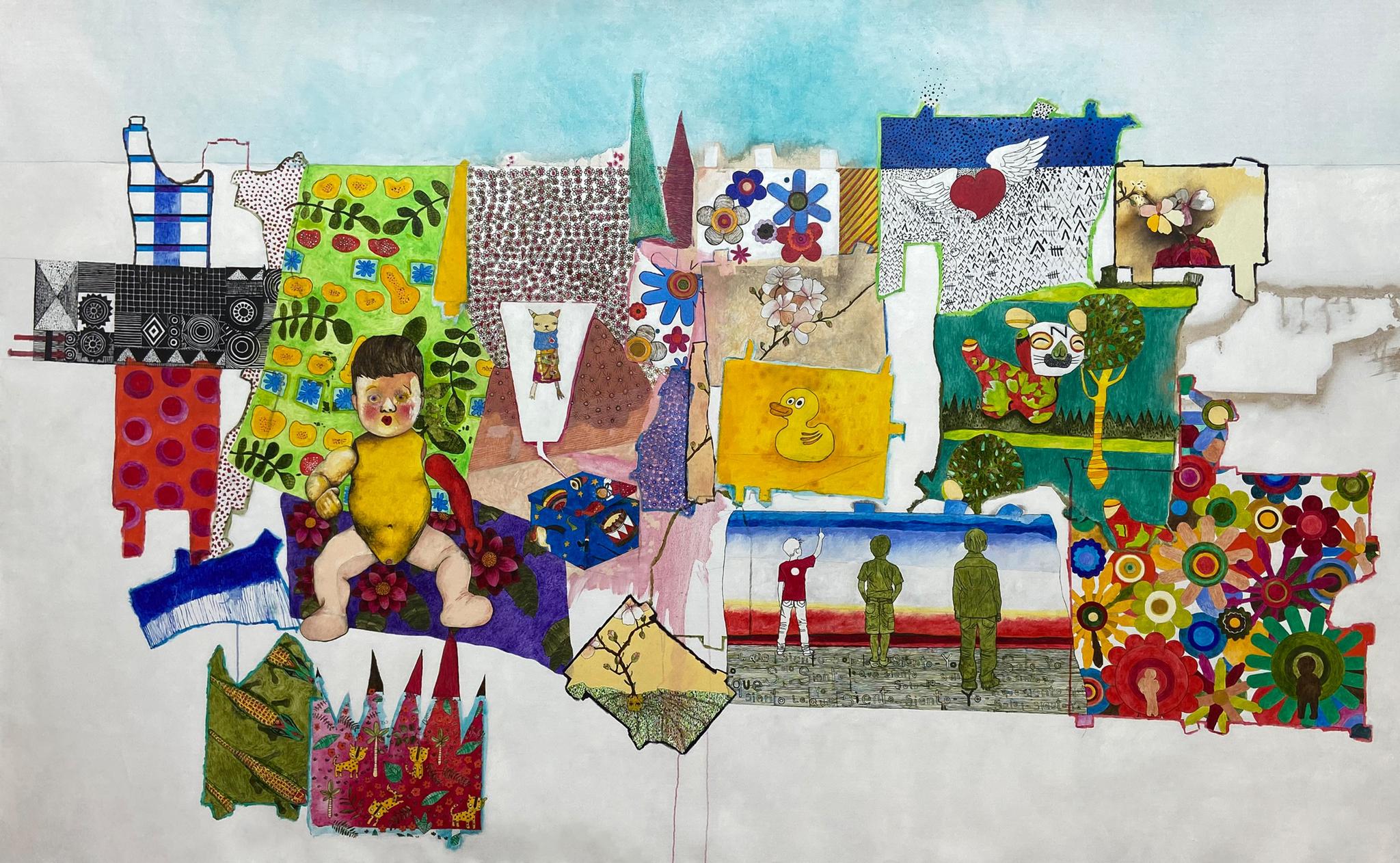 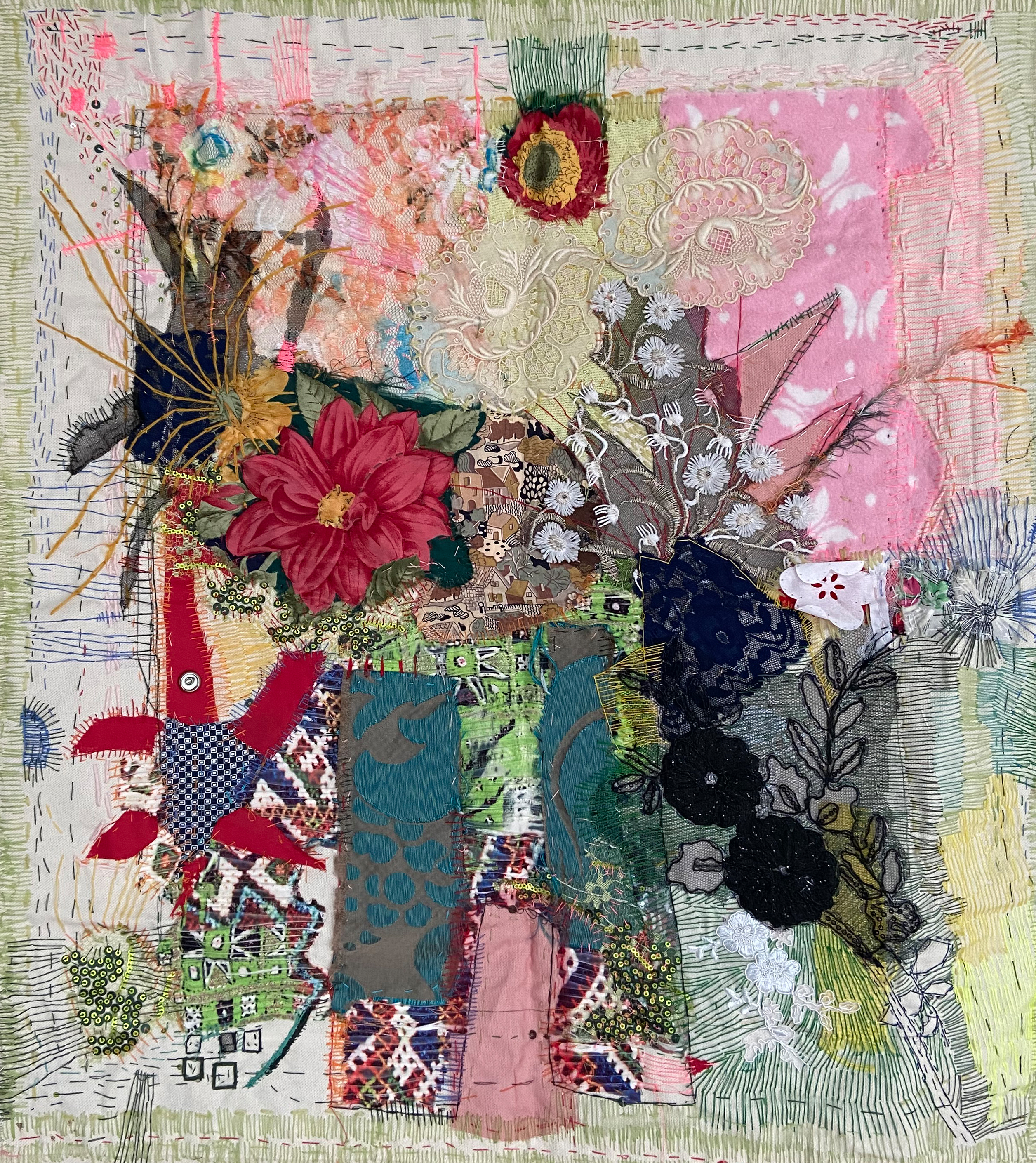 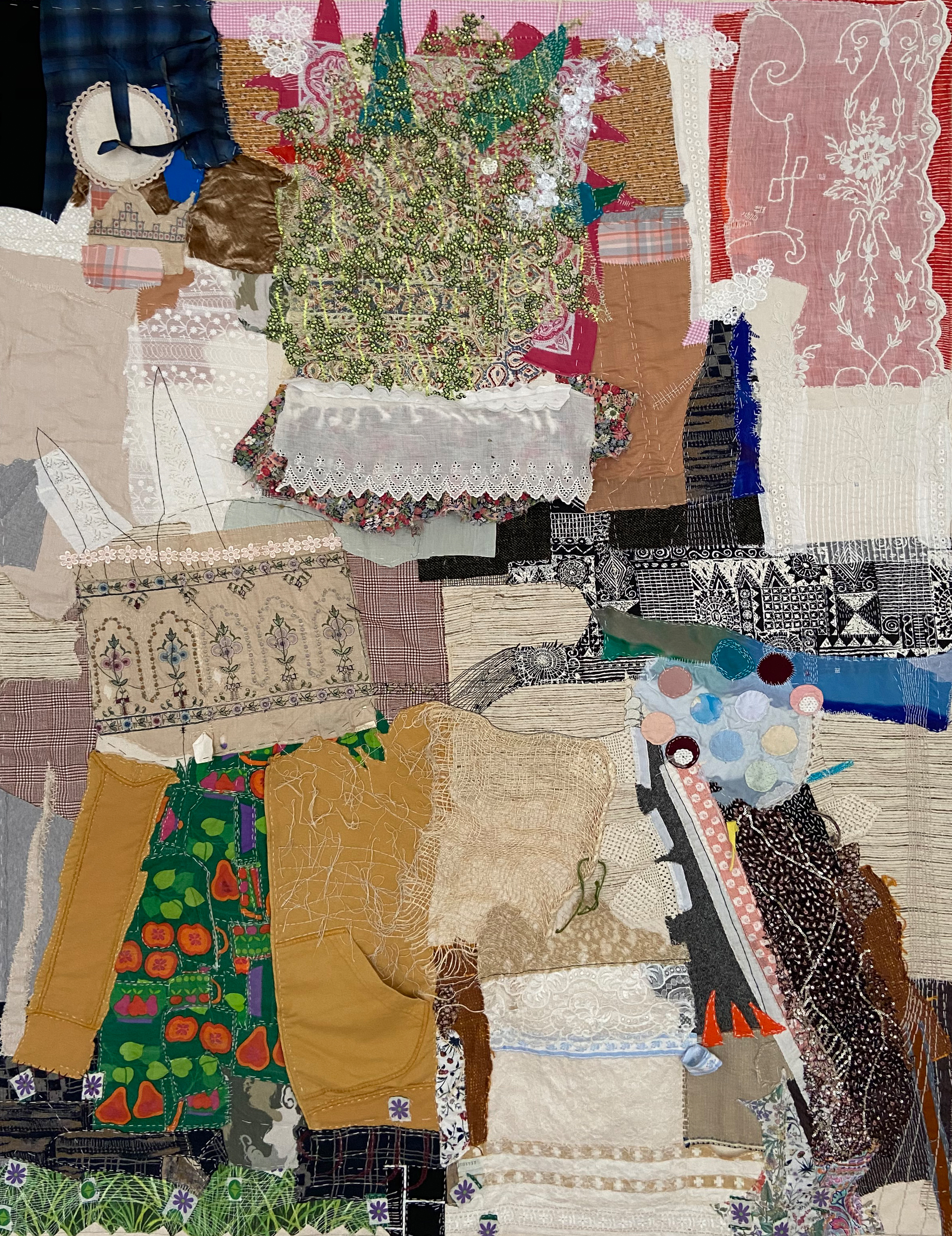