Spanish artist, an outstanding ﬁgure in relation to the plastic image of the movida madrileña and the new ﬁguration of the eighties in Spain.

He abandoned his architectural studies for his interest in the plastic arts. His intention was to visually show the transformations that were taking place in the urban environment of the Spanish capital, which he published in the legendary magazine Madriz from 1984 onwards and in other publications of the time such as La Luna, Madrid Me Mata, Sur Exprés and El Canto de la Tripulación. He also developed poster design through Editorial Port Said, of which he was the founder. His work is inﬂuenced by the German design of the 1930s, American art of the 1950s and grafﬁti. In 1987 he published his ﬁrst graphic novel Sic Transit o la muerte de Olivares (Sic Transit or the Death of Olivares), which was a milestone in Spain in relation to this type of publication. In 1989 he moved to New York, whose inﬂuence can be seen in his pictorial works, in which the dynamism of the forms is increased. He also began to work with etching, and in 1990 he settled in Sóller. Mallorca, where he developed a more reﬂective and intimate work. In 1994 he moved to Balsicas, Murcia, to a non-urban environment, which is reﬂected in his publication Un exilio mediopensionista, with extracts of notes, thoughts, drawings and stories. On his return to Madrid, his production expanded to new media, such as digital collages, the most outstanding being the mural in Barajas airport entitled El Viaje (The Journey). At the turn of the century he continued to experiment with new media in installations such as Los Paraísos Artiﬁciales (Artiﬁcial Paradises); and works in video, ﬁlm and 3D animation such as La Ciudad Invisible in Tabacalera or Mientras Tanto in Colón for Marca Madrid, in which he returns to the urban theme
but now focusing on capturing movement as a plastic and descriptive element. 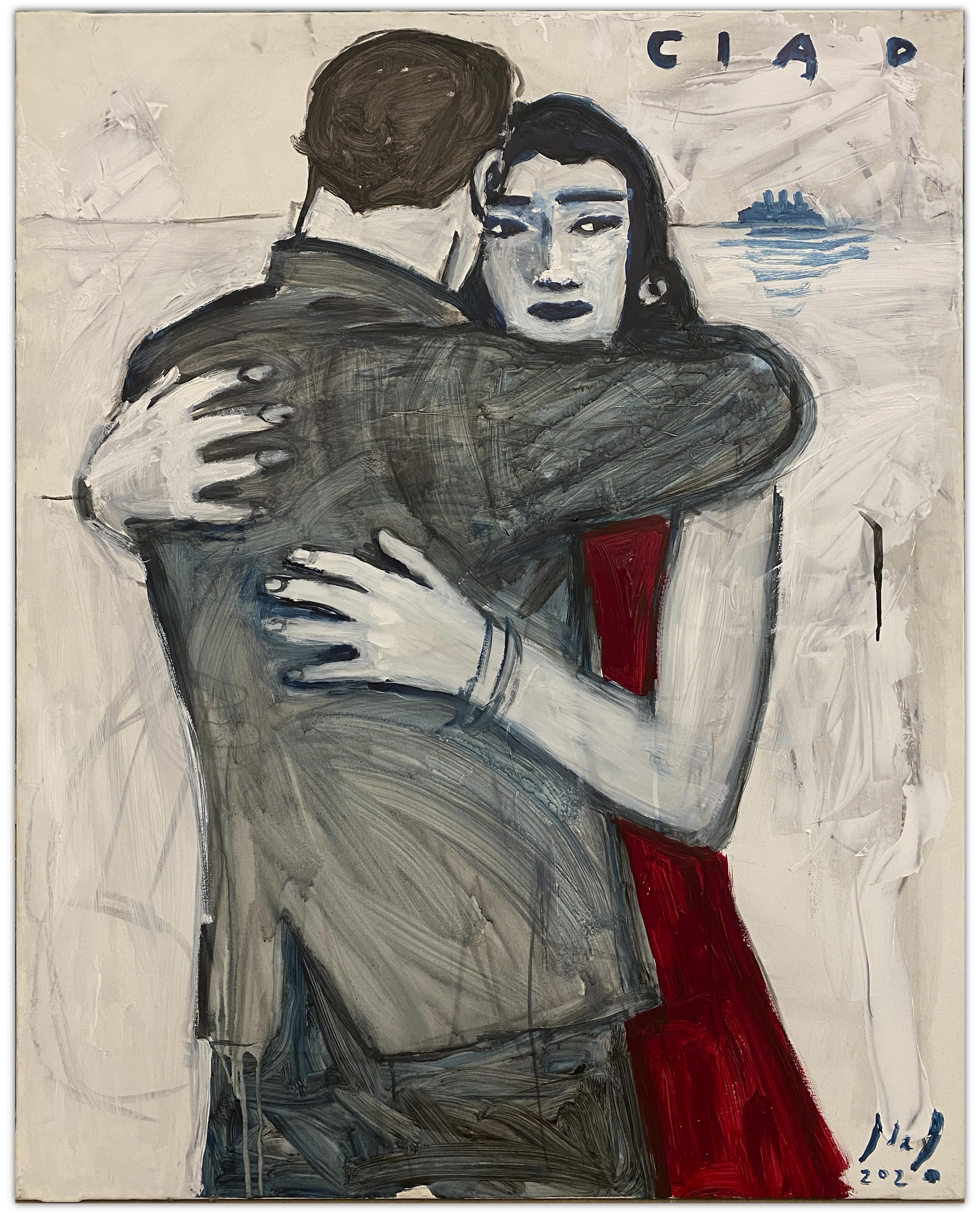 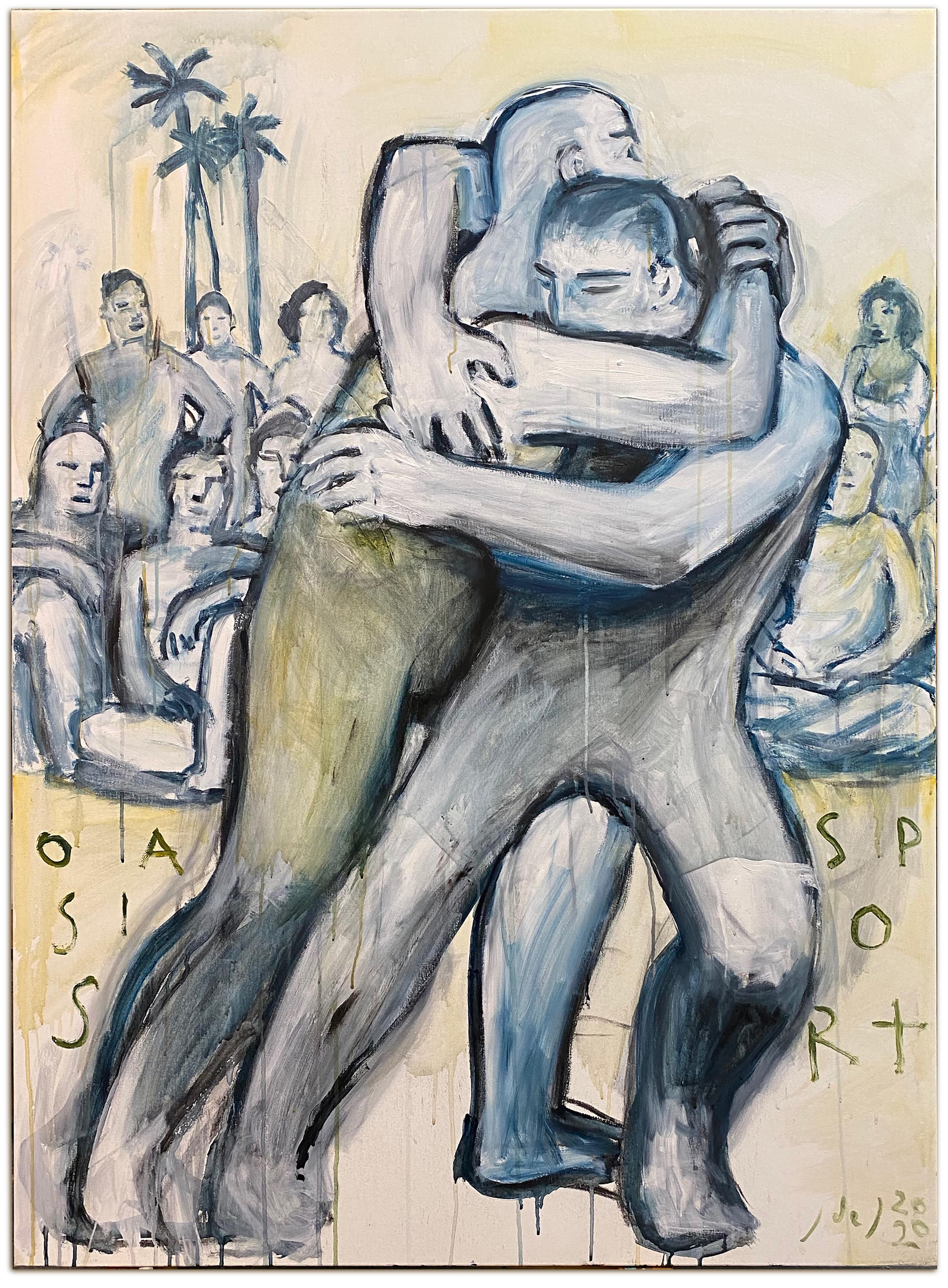 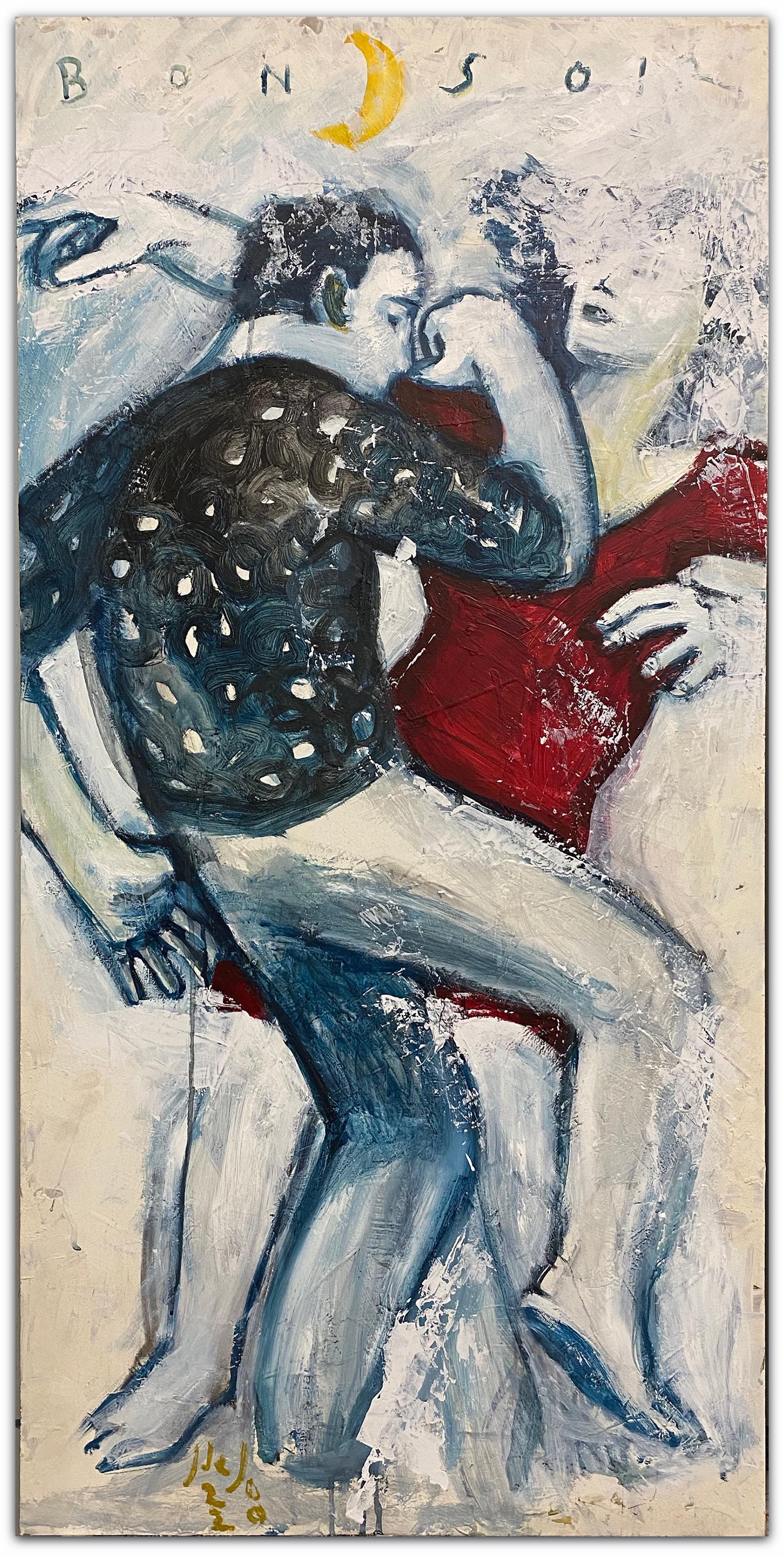 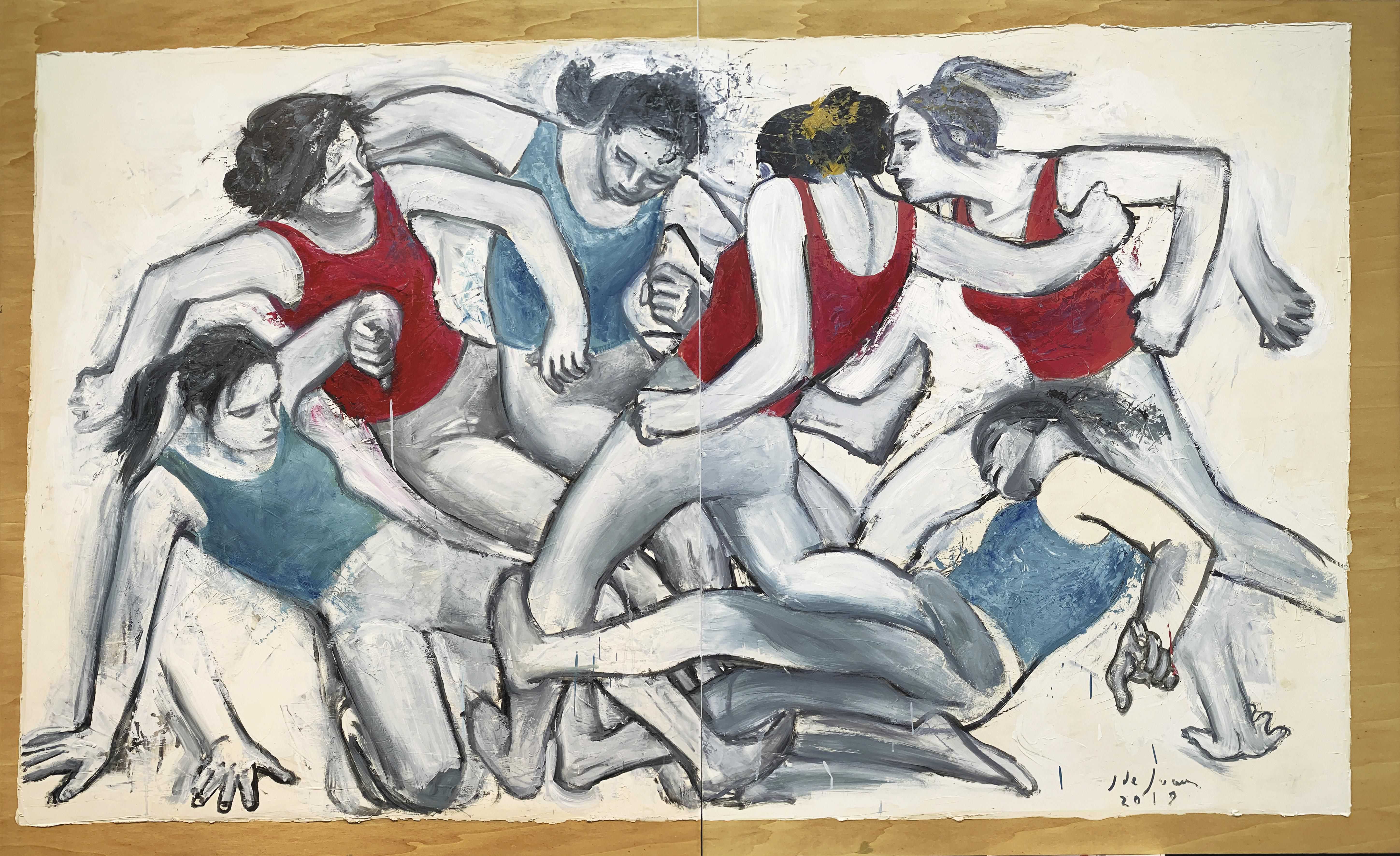