Based in Japan since 2009, Australian graphic artist Mark Drew has curated a signature style of remixing rap quotes over Peanuts paintings. This intriguing cross-over culminates into layered feelings of nostalgia.

The comic strip style of original comics shines through Mark Drew’s nostalgic paintings. The signature ‘speech bubble’  prominently displays samples that pay homage to Drew’s own past experience with music growing up. Drew also utilises a stripped back, bold colour palette that references back to the Charlie Brown comic.

‘Up until around the mid 1990s, the hip hop music I mainly listen to was built on samples from old soul, rock and R’N’B records. The producers of this music often say it came directly from their parents collection, and things they heard in the house growing up. Hip hop is competitive, but the best of it still pays homage to the past. The series I’m making now is a way of producing artwork in the same way, visually sampling/commemorating my parents collection and interest, and what would also become something special for me.’ – Mark Drew, 2019. 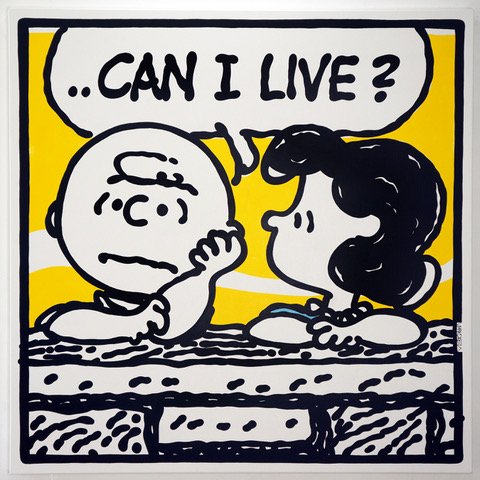 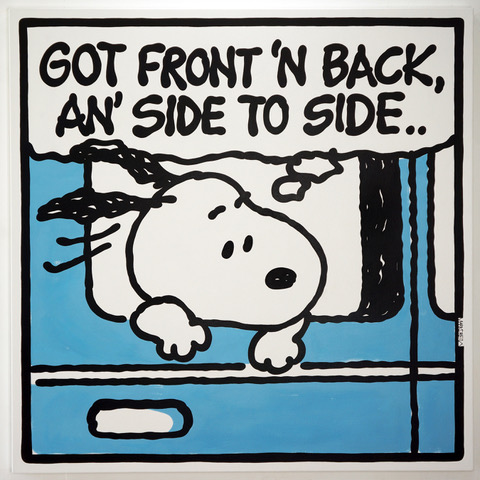