The outer circle and inner space ʹ Peca was born in Argentina and graduated from the University of Fine Arts in the city of La Plata (UNLP). She paints, illustrates and
animates films in Barcelona. Now she's dedicaƚing her creative energy exclusively to
painting and shows her mystical universe at solo and group shows in many
international renown galleries.

With her variety of influences, Peca is mostly guided by her "own inner dimension",
sharing her own dreams, visions, meditations, spiritual life's knowledge and
experience ... Her worlds, wonderfully engaging visual narratives, are inhabited by
meditators, mystical beings, curious animals, stellar omens, universal phenomena ... all meet in a galactic field of stawberries... while it gently weeps.

Fascinated by The Garden of Delights, the Beatles, Caravaggio, Dadaism, pop culture and comic artists, she combines all this in her mystical creations. 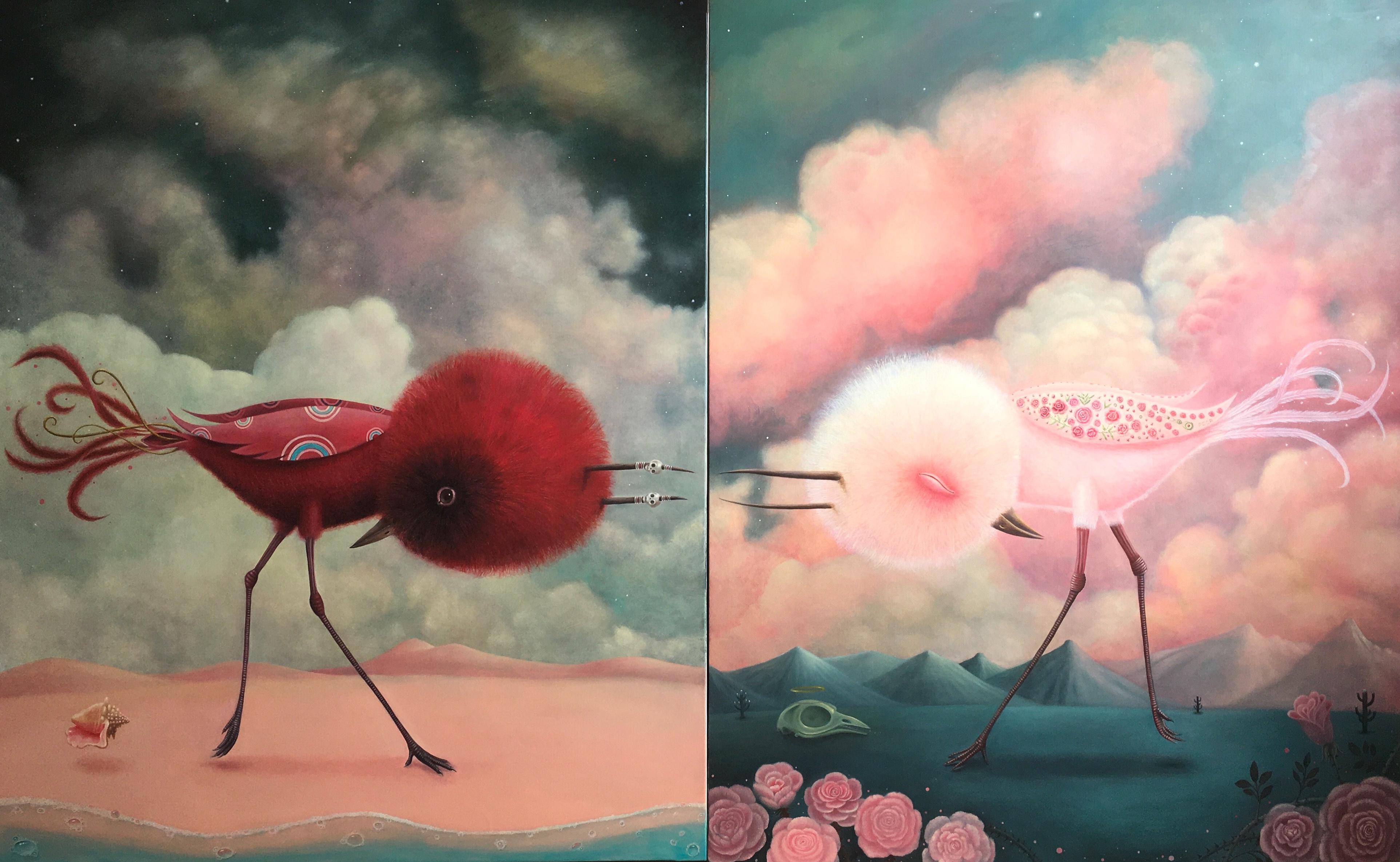