Born in Seoul and based In New York, Yoon Hyup’s work beautifully captures the vivid lights of the bright city landscape, using his abstract painting technique composed of free flowing yet structured lines and dots. Yoon Hyup began painting walls in the early 2000’s, and created live paintings with DJs alongside improvisational music. His spontaneous painting style developed through using lines and dots to create imagery for a fresh, bold impact.

His artistic style is also inspired by his skateboarding background, which he still participates in, and takes influence from today. His accumulative experiences with music, painting and skating all unite to create his current aesthetic, which is both unique and nostalgic. His Korean roots are respected through his use of Korea’s primary colours (red, yellow, blue, black and white) and cloud patterns which can often be found in his abstract works.

Yoon Hyup has noted his diverse range of influences across the arts, including Jean-Michel Basquiat, Futura, DJ Krush, Don Pendleton, Nam June Paik and Ed Templeton. Rhythm and flow can be noted in these influences, and are expressed in Yoon’s artistic work, as well as in his skateboarding. He doesn’t sketch his work out before, rather he uses free-hands to create his canvas and wall paintings. He likens this method to a jazz performance, which only has a plan, but plays entirely impromptu.

His preference for expressing himself using lines and dots emerged from his emotions when he is skateboarding, which he describes as feeling like he is flowing water. This experience gives him the motivation to paint this rhythmic flow in the purest form of expression, staying true to both his geographical and artistic roots. 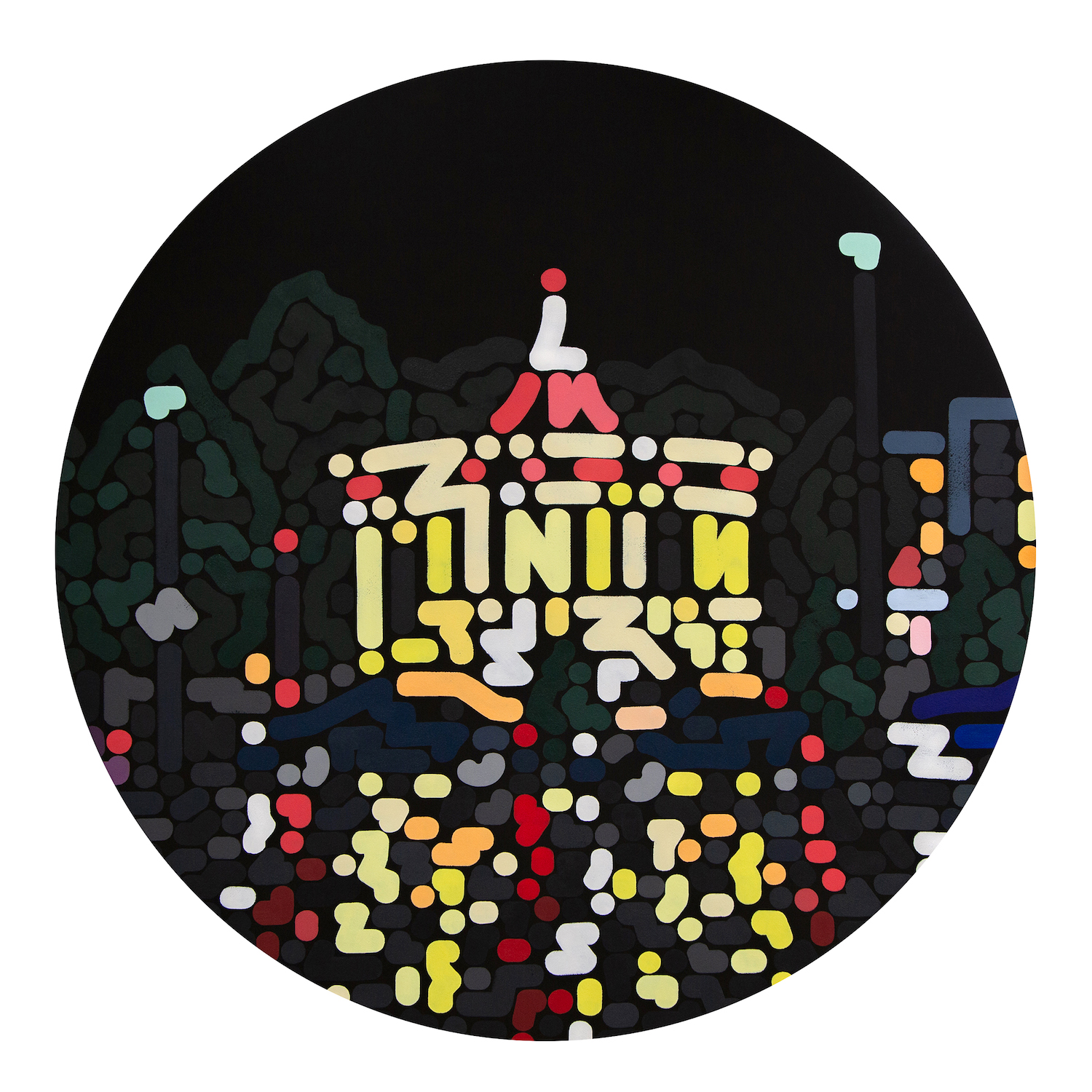 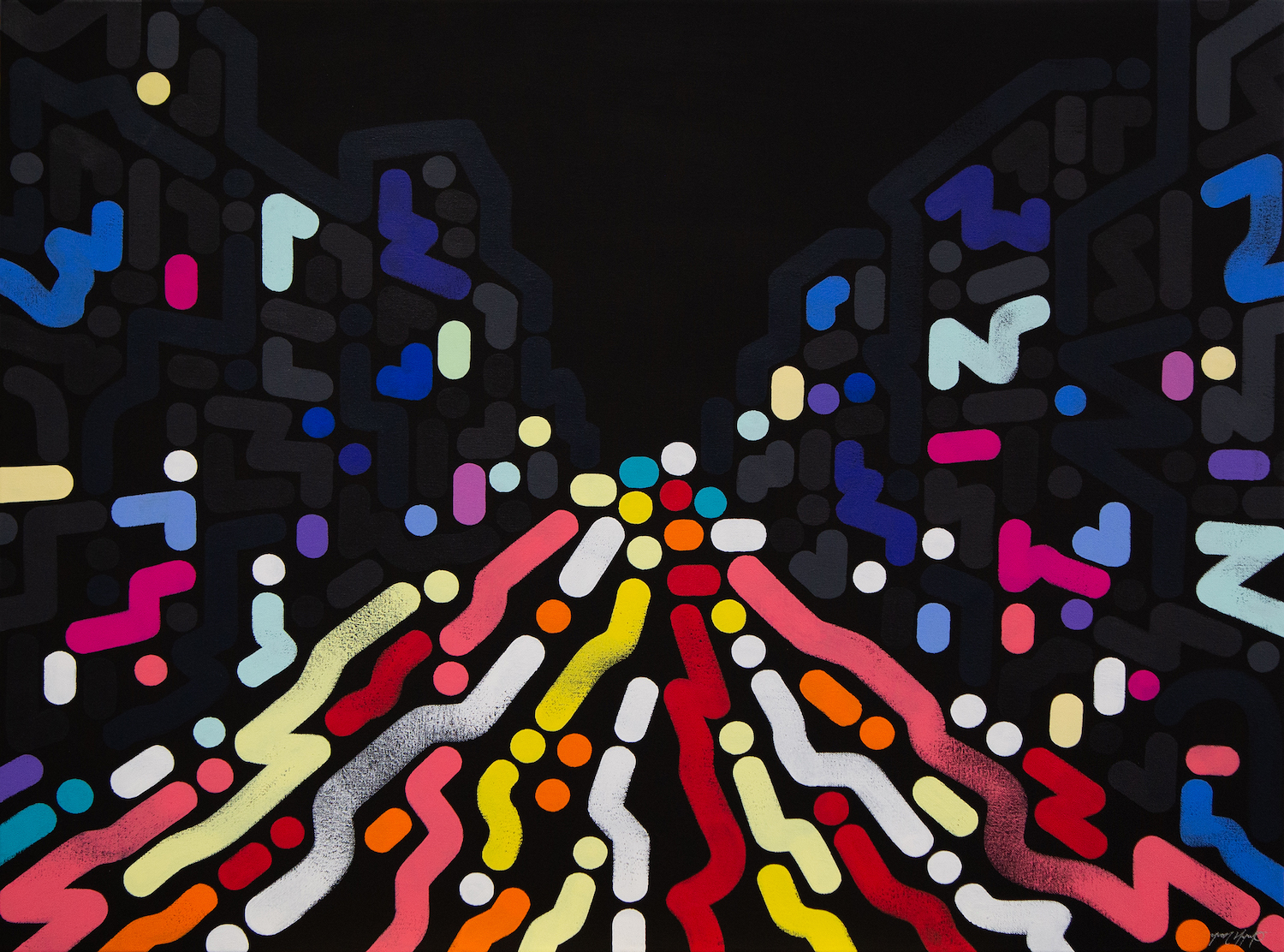