One again we managed to take art out of the four walls that host our fair at the COAM to turn Madrid into an open-air canvas soaking creativity. Emblematic murals created by national and international number one artists, and supported by the Madrid City Council and in partnership with Montó Pinturas, to make our city a happier place. You'll get used to walking around looking up... You never know where our next mural might be.

Welcome to the Montó-Urvanity Walls Program 2021!

Helen Bur, a British international artist based in London, is an expert urban muralist whose large-scale public interventions evoke social themes always related to the contemporary history of the place where they are located.

She has participated in numerous international urban art festivals. Her work stands out for a realistic and captivating style full of textures and expressiveness. Her figures, often depicted in motion and captured in action, have the power to create an instant bond with the viewer. She also has works on canvas, created in the temporary workshops in which she sets up between trips, also dealing with issues related to contemporary social narrative.

Until Case Maclaim got involved, street art was characterized by a rather cartoonish style with a predilection for typography. At the end of the 20th century, the German artist put a surprising end to this trend with his Maclaim Crew. Considered the godfather of photorealistic street art, he managed to blur the border between graffiti and painting; his works ooze movement through the depiction of hands - a key element of his work.

He began painting in 1995 and since then his artistic production has reached the streets of more than 20 countries, leaving his mark with his hand paintings. His works convey a strong visual message of movement and unity through superimpositions of hands in different positions; this movement is not only intended to be the representation of the physical movement of the body, but also of political and social action.

Although it has always been based in cities, urban art hasn’t always belonged to the citizens. Jorge Rodriguez-Gerada has changed this and has given it a new condition. He has achieved this because his work is not made solely for “urbanites.” Above all, it is truly aimed at the citizenship that is forced to live, and above all, forced to transform the beast that is the City in the 21st century.

Jorge Rodriguez-Gerada has his own singular space in contemporary art. From his arrival in the nineties with Culture Jamming to his recent Terrestrial Series, his has been a “lateral” road, branded by his constant going against the flow. His work hasn’t left behind the classical arguments of the urban art practice, but he has moved away from some of its most common mistakes: the egotistical excess of graffiti, the loudness and the invasive aesthetics, to move into a calmer and more reflective space.

Helen Bur, 'Humility, strength, elegance & the poetry of the subtle'. 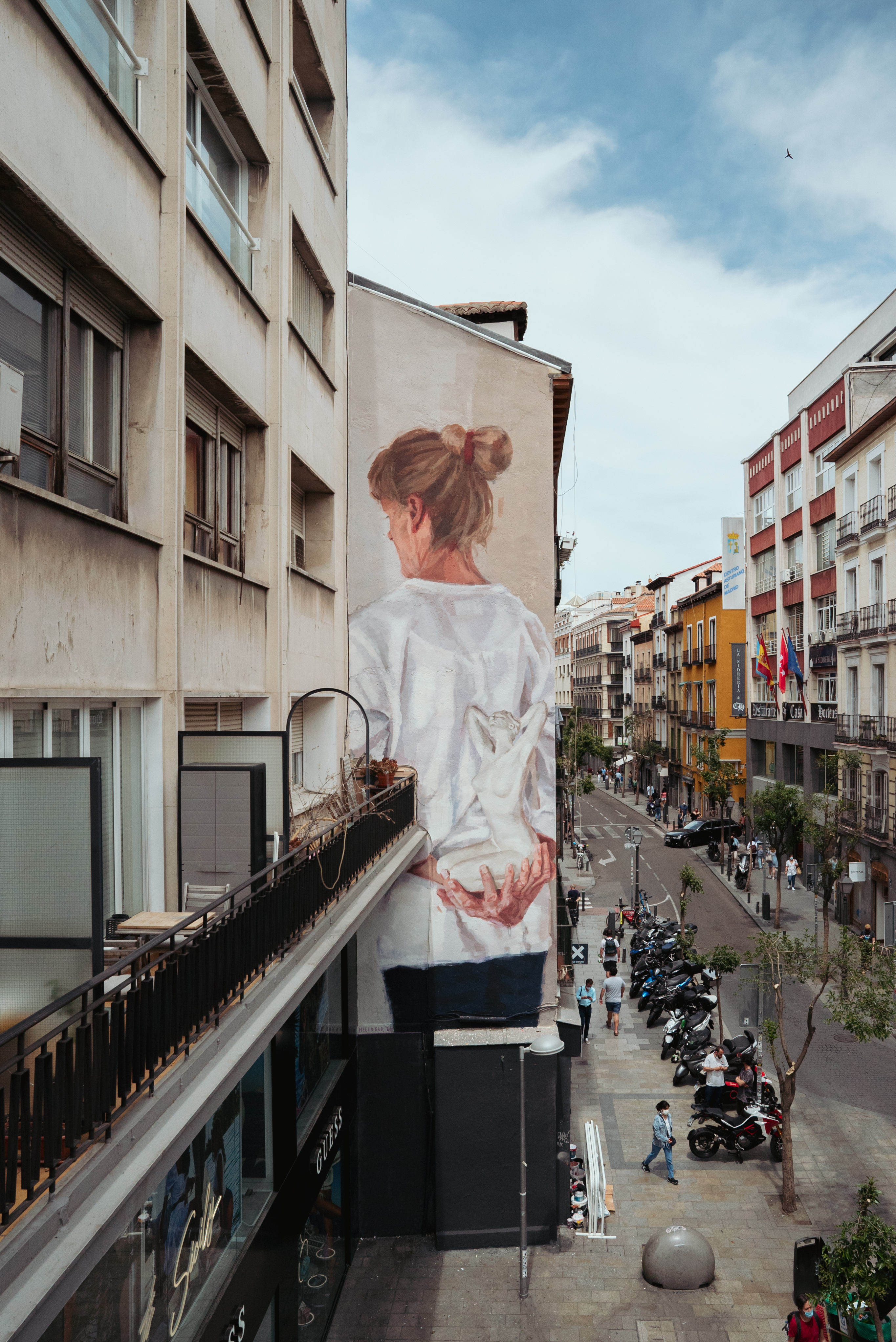 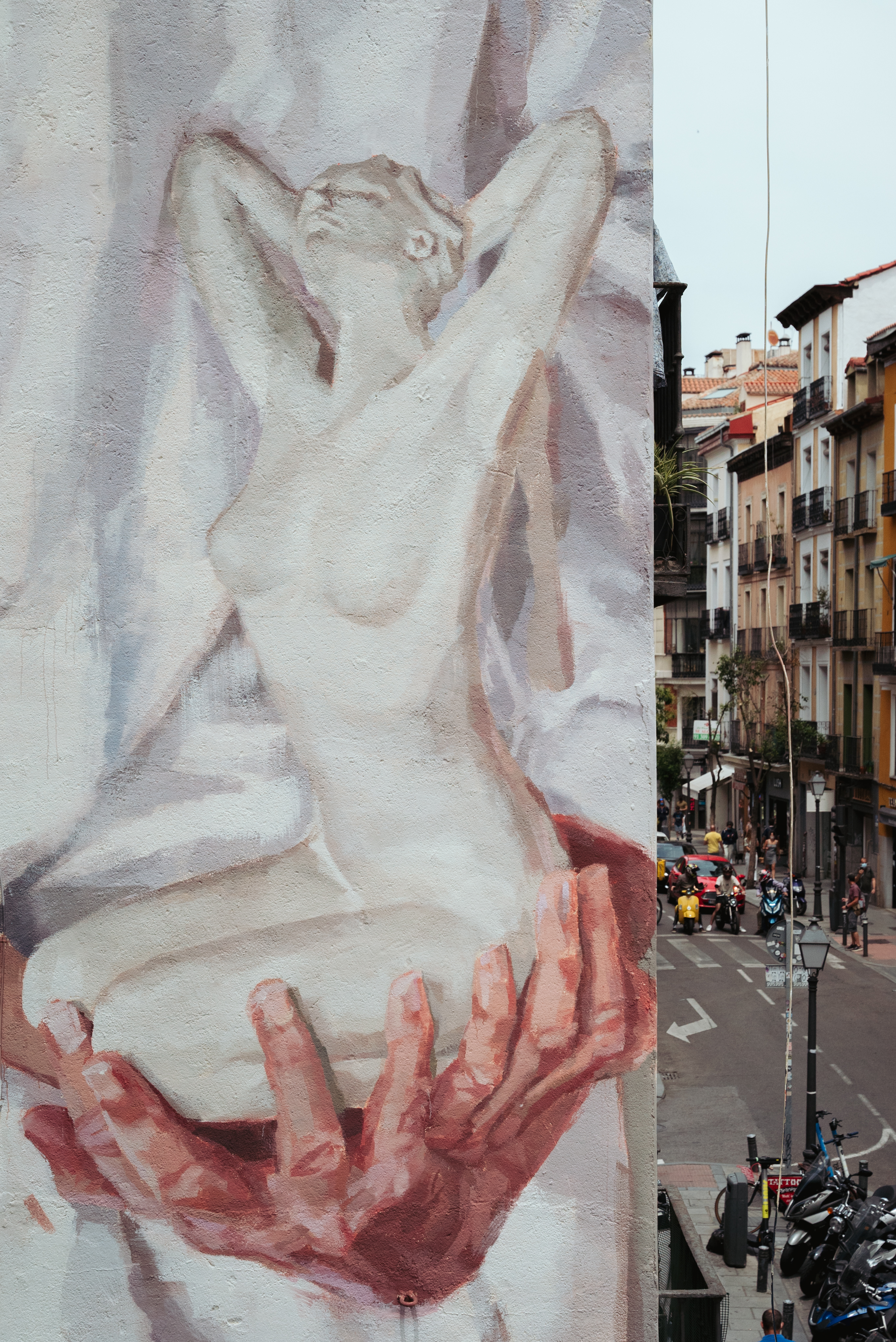 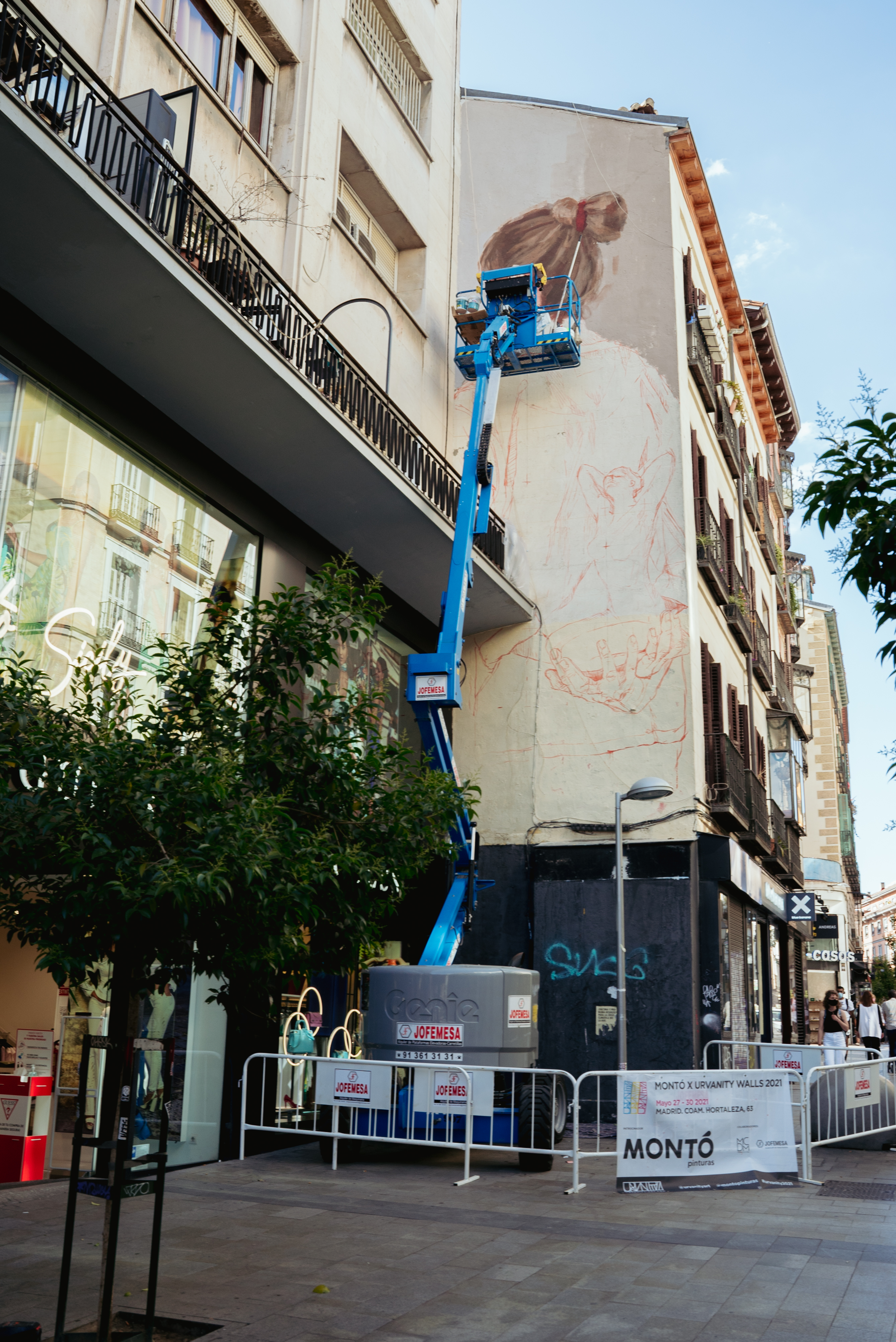 A homage to two women.

My mother, who made this beautiful sculpture when she was my age, who has held, carried, cared and guided, empathy embodied. And to Hyuro, our dear Tamara, who passed away last year, a warrior in painting & life and the master of poetic force, the silent shout.

They met when Hyuro came to stay and paint in Cardiff in 2014.

As someone once spray painted around my neighborhood in London, “The Power is Gentle”.

Case Maclaim, 'The Fabulous Tale Of Being Different '. 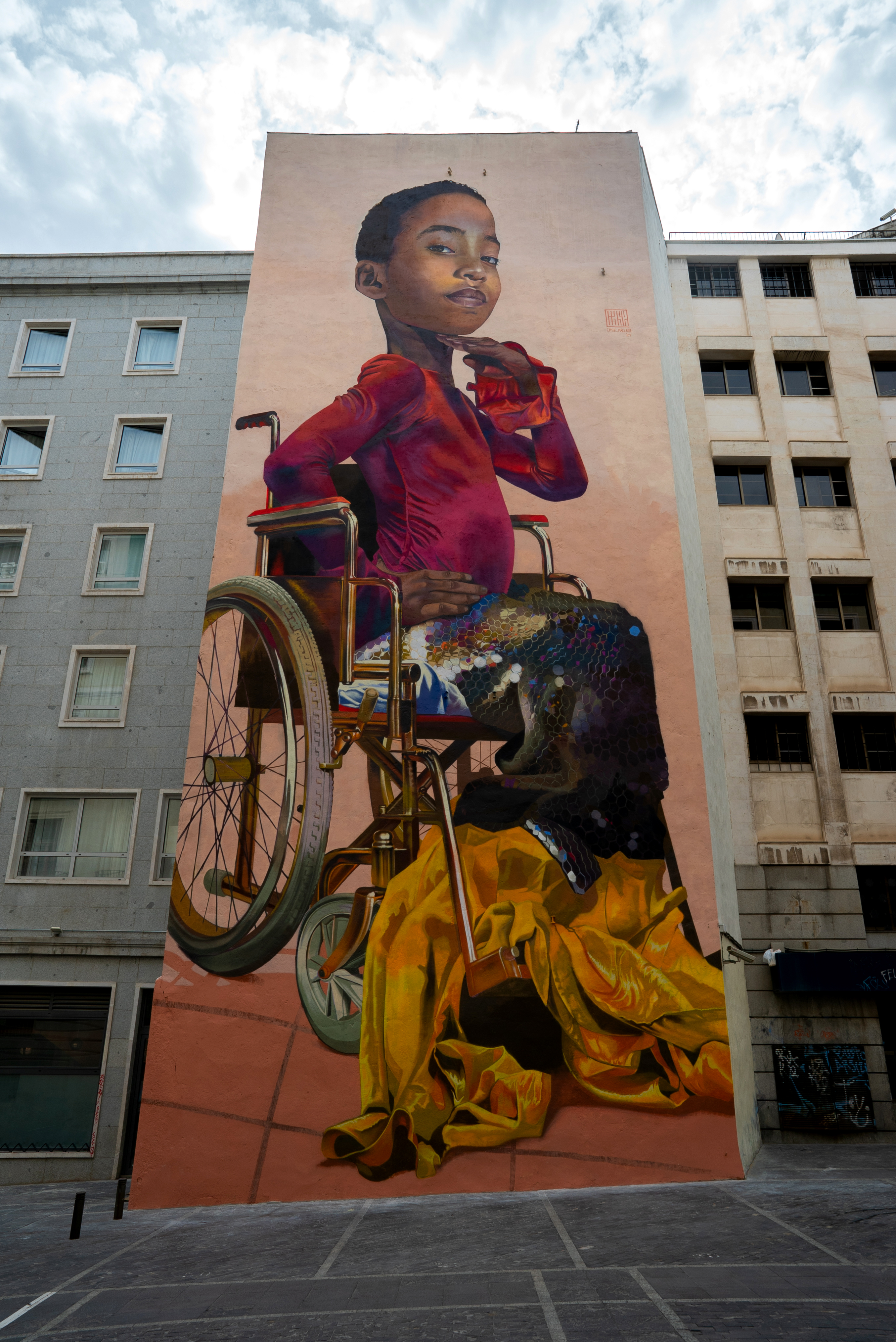 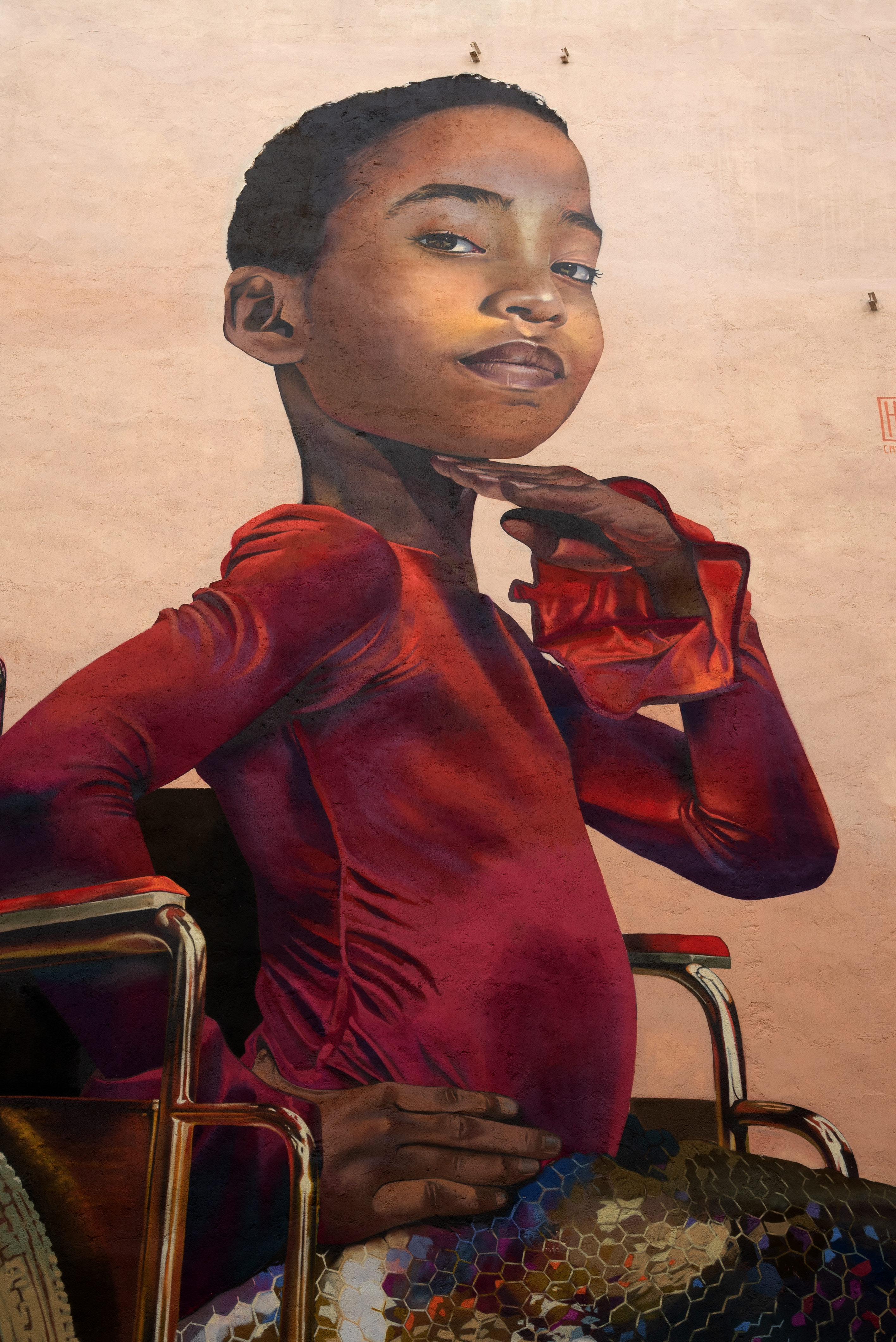 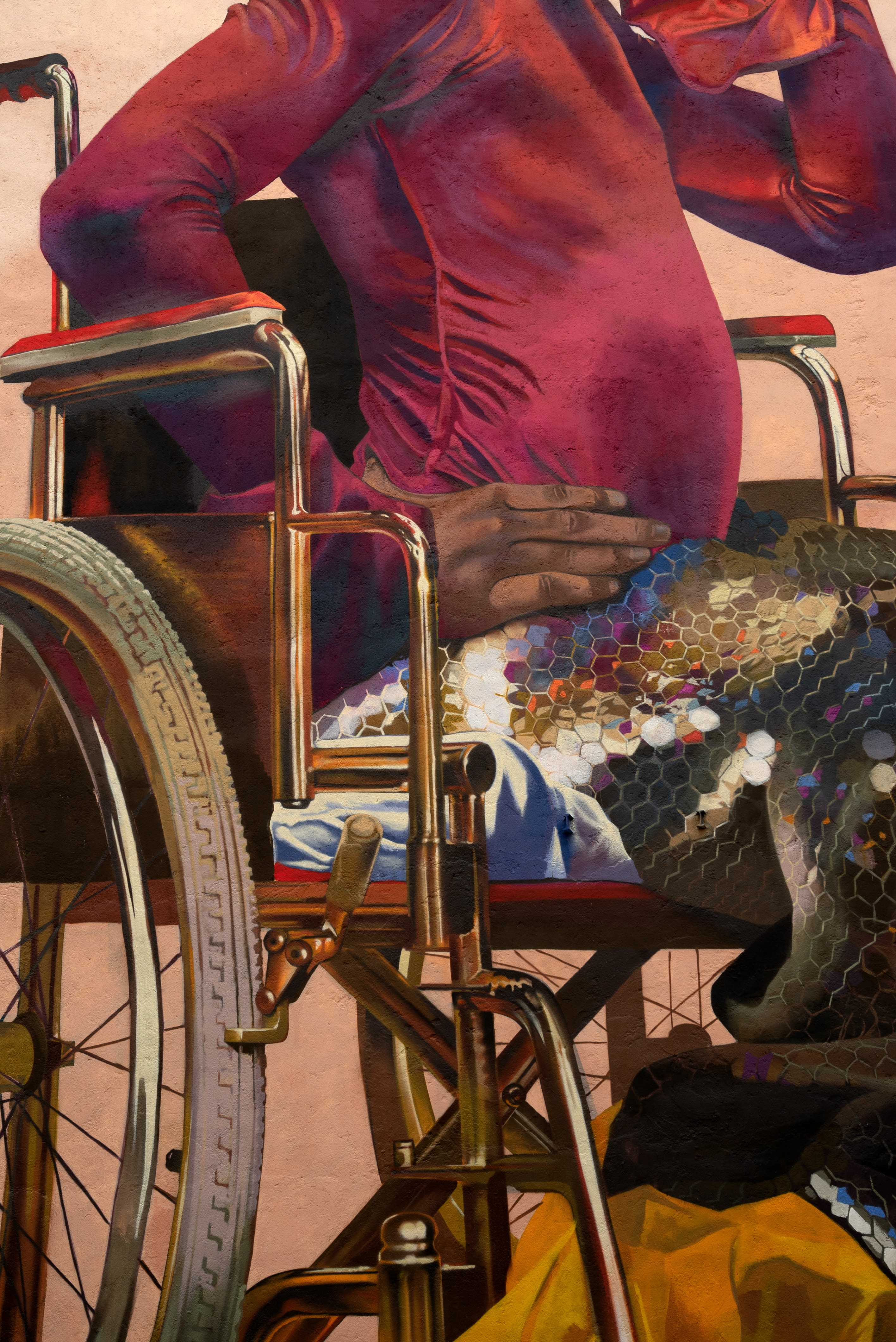 I remember reading about the backlash over a Disney Live action remake of the Little Mermaid. It was very disturbing to see how grown people were hating on a at the time 19-year-old black singer named Halle Bailey. I myself did not grow up watching Disney movies as I was born in Eastern Germany. However I was told the original fairy tale written by Hans Christian Andersen. The story is less romantic and far more tragic and I don´ t remember picturing the mermaid with fair skin and red hair and the reason being is that at the time I did not know anyone with red hair, nor have I seen a girl looking like Halle.

I believe the actual beauty of fairy tales is that it is up to our imagination of how the character looks and moves and that version is not really up to debate, as it is just like a fingerprint, very unique and personal.

With this mural in the old, historical city center of Madrid I wanted to try a different approach. So I gave the viewer a new character of a yet unknown fairy tale. I have high hopes that it will encourage specially the young audience to come up with their very own story, in which the lead is a confident, black child in a golden wheelchair and in a self-made mermaid costume. 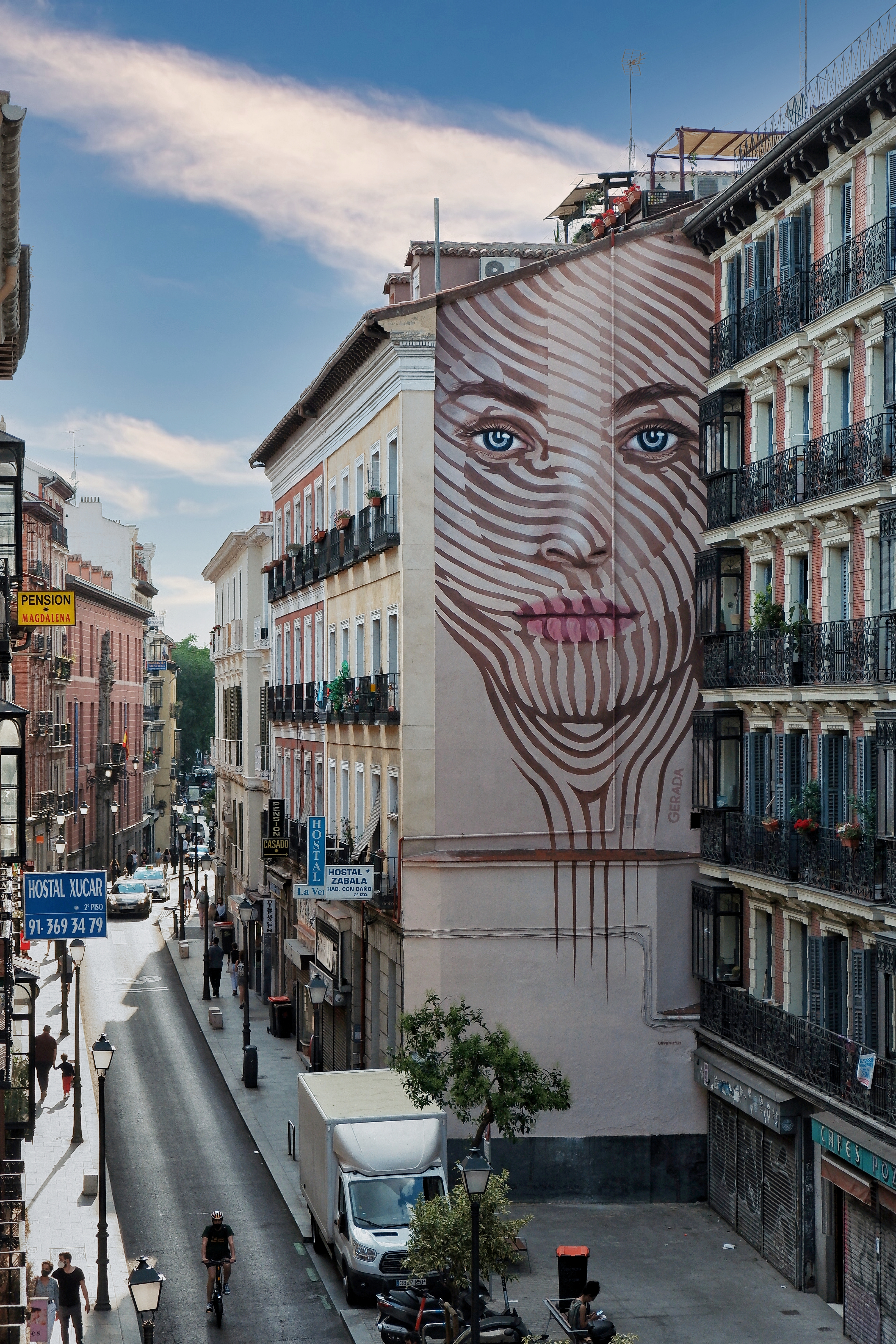 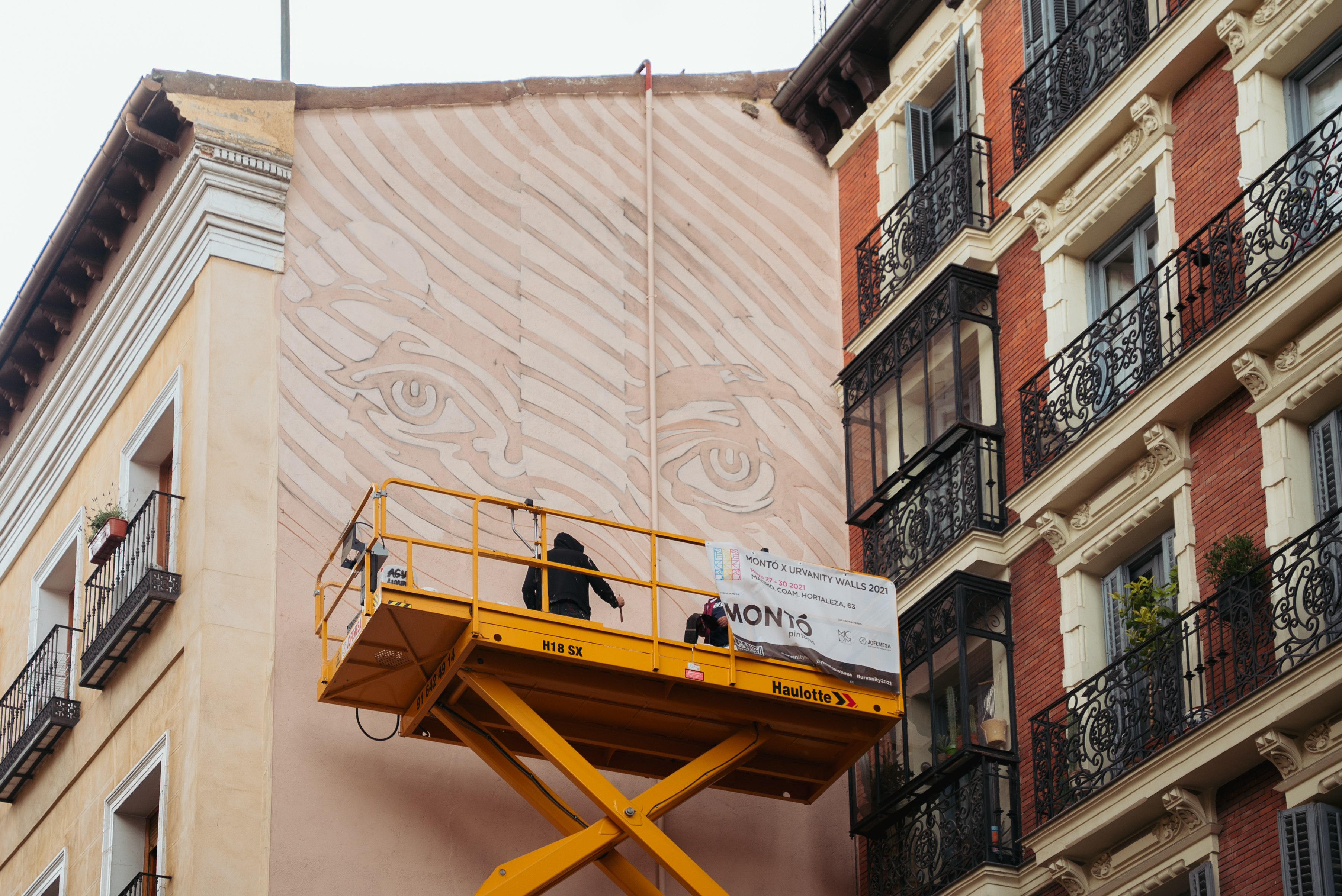 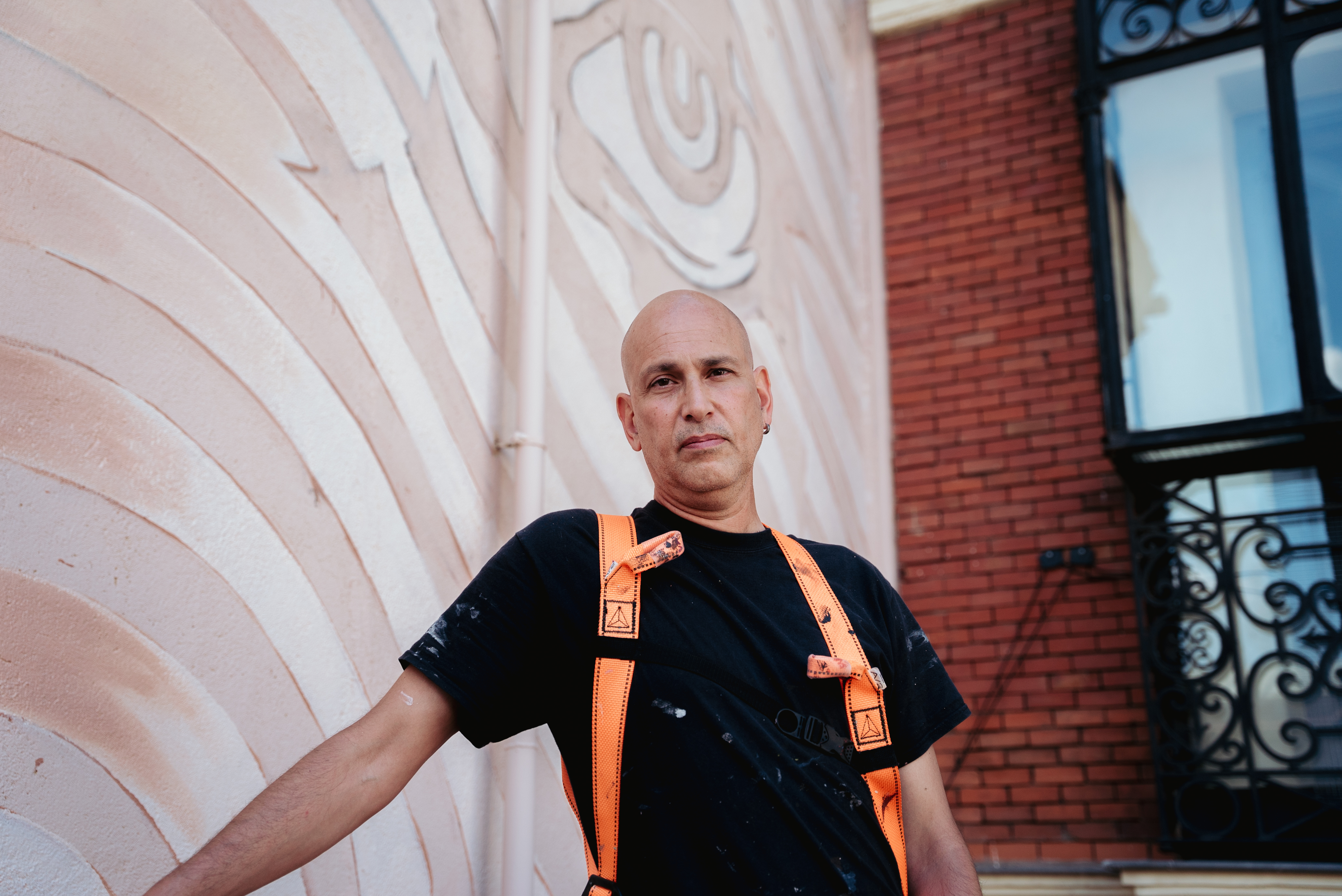 In 1984, Niel Postman gave a talk about how we are “Amusing Ourselves to Death”. He criticised how the news we see on television is entertainment, there only to maintain our attention in order to sell advertisement time instead of trying to make us think. Today, we are living something beyond what Niel Postman was warning us about, social media platforms, with a system of algorithms that have no conscience or mercy. These algorithms work incessantly to keep our constant attention to see advertising and propaganda, and in that way become more efficient with the use of personal data, achieving the ability to target advertising that coincides exactly with the profile of interests of each user. Orwell, Huxley and Postman are rolling in their graves, raising their voices from the past when all of this was just a macabre idea, while the artists of the 21st century are complicit, do not denounce or give alternatives.

In this portrait I incorporate the “on” button symbol that is ubiquitous in our technological reality, on the portrait of young beauty, to create a visual dialogue and invite contemplation about the possible narratives that the piece may have and how the spectators might see themselves reflected within it.