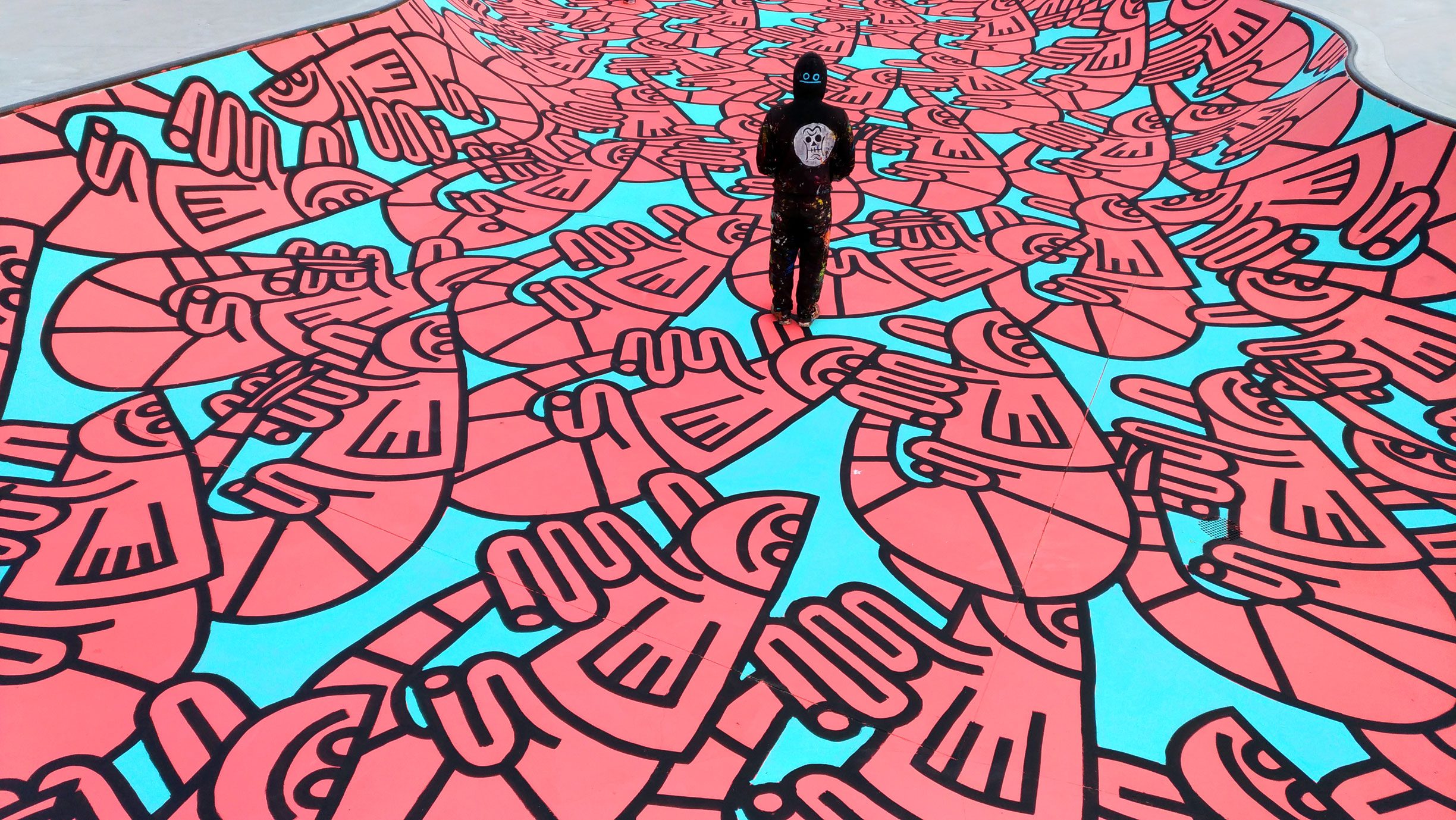 After a few days locked up in quarantine we have almost seen, read and listened to it all. This is why we have spoken to some national visual artists, illustrator, designer and tattoo artists to get inside their worlds and get to know what inspires them and a few of their favorites books, documentaries and more. Grab a pen and a piece of paper and start adding to your to-do list these new essentials.

Also know as MAGICOMORA  (Barcelona, 1975), this painter, illustrator and draftsman belongs to a generation of young artists who expanded their pictorial activity beyond the borders of the canvas. Latin Grammy winner for Best Design 2016 for “El poeta Halley” of Love of Lesbian, he has designed the interior walls of a bunch of restaurants all around the world among many other works. The magic of Sergio Mora is to cure prejudices, avoid conventions and provide us with unique experiences full of happiness. 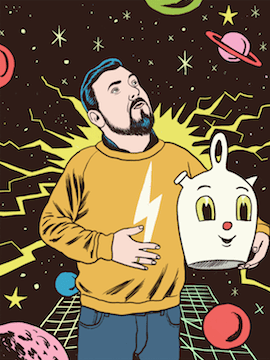 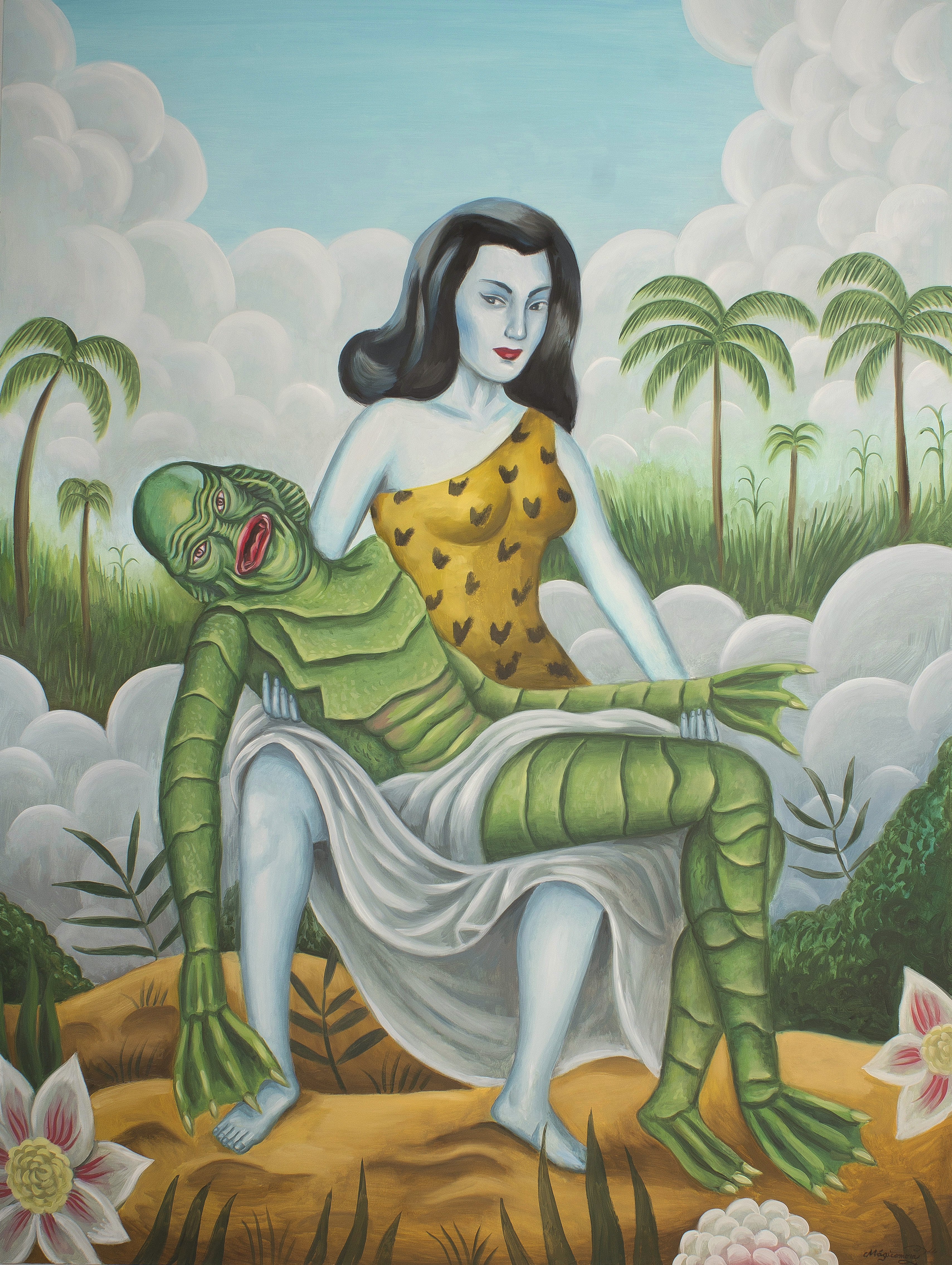 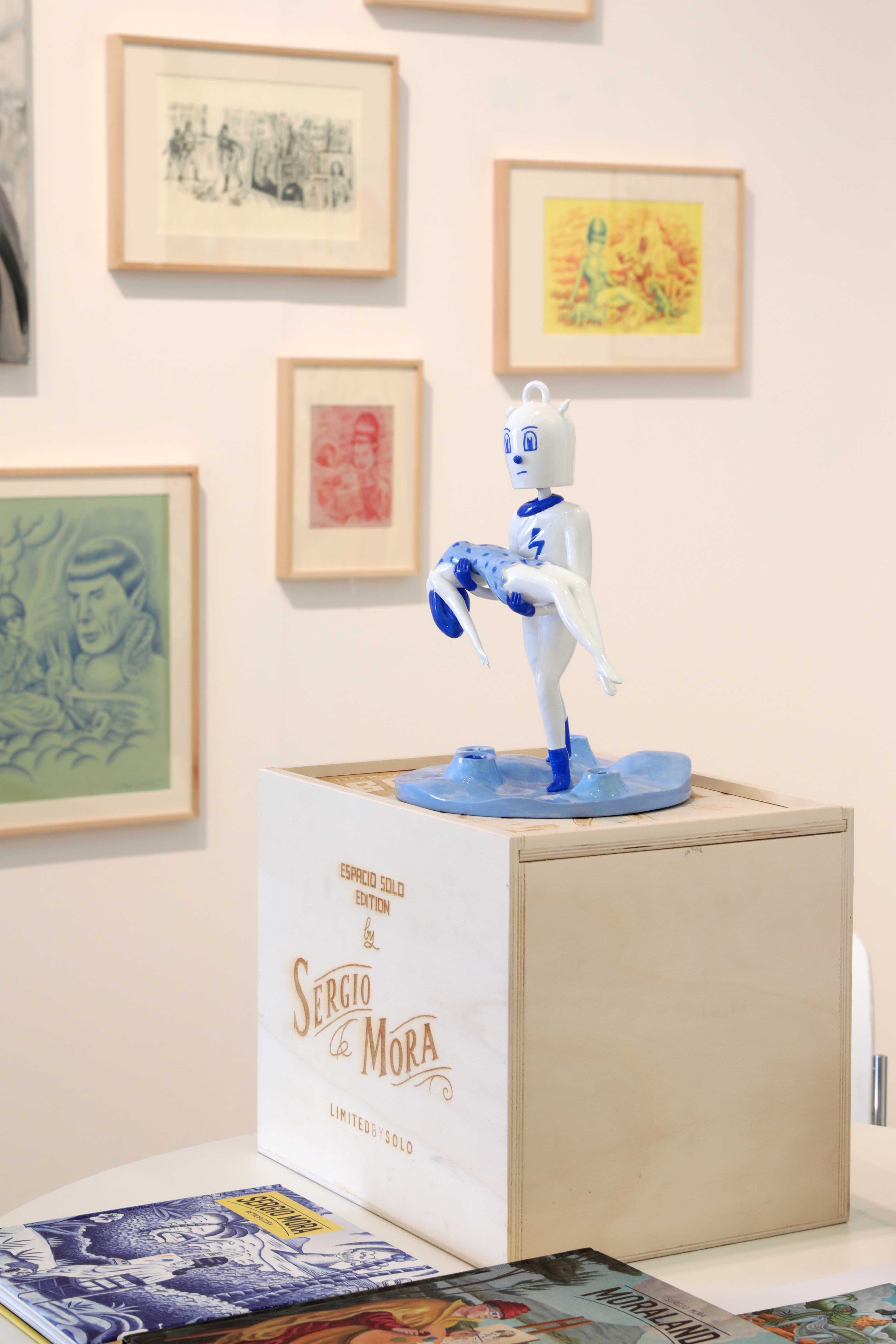 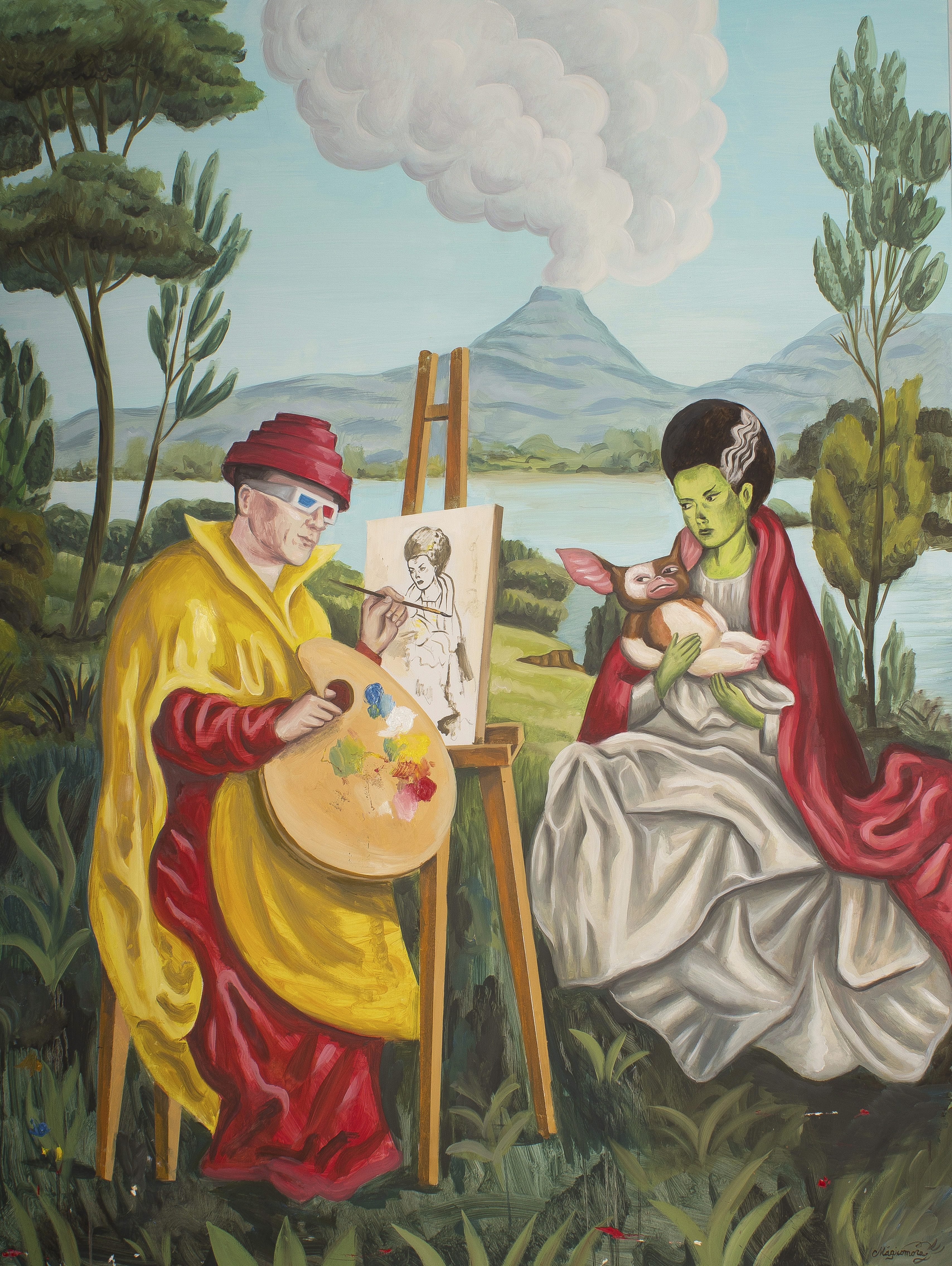 «One of the books that has shocked me the most lately is “Catching the Big Fish” by David Lynch. Is a very thin and inspiring book about creative processes. I also like authors like Rafael Azcona and  Enrique Jardiel Poncela. In comics I stick to Charles Burns, Daniel Clowes, Robert Crumb… and my latest discovery, Arsène Schrauwen.

I love the 80’s movies: “The Gremlins”, “Gohstbusters”, “Back to the Future”, “E.T.”… For example, “Karate Kid” which you would think that is a ‘silly’ movie I think it’s loaded with a very valuable wisdom. I like it even more for the way that wisdom is represented, so simple and without big pretensions. I’m also a big fan of Woody Allen, Tarantino, Spike Jonze…

The last serie that I’ve seen I liked was “On Becoming a God in Central Florida”. Very intriguing, a mix between the Cohens and David Lynch. I’m a big fan of “Mozart in the Jungle” and “Peaky Blinders” too. Oh! And the Spanish Holy Trinity of humor: Chiquito, “La Hora Chanante” and “El milagro de P-Tinto”.

There’s two documentaries I’d like to recommend form outsider artists: the first one is about Judy Scott named “Outsider: Life and Art of Judy Scott” and the second “The Realms of the Unreal” about Henry Darger. Both magical.

If we talk about living artists I love Neo Rauch. For me that’s a painter, painter. When you’re in front of one of his pieces is when you understand what painting is. A lot of work and a lot of magic too. This also happens to me when I see Kerry James Marshall’s work.

And at last, when all this passes, beacuse it will, we will be able to go too exhibitions. I recommend “Objetos de deseo” about surrealism and design between 1924 and 2020 at Caixa Forum de Barcelona. Can’t wait».

As he says himself, he draws, eats and laughs in equal parts. And if he stops, he gets bored. Juan Díaz-Faes (Oviedo, 1982) divides his personal life into four basics: surf, gardening, carpentering and cooking. The two firsts are the ones giving him that zen shot that he needs that comes from the waiting and dependance on external agents, as the climatological ones. The two lasts are the ones he needs to keep developing his creative process. But there’s one more: humor is along side him in whatever he does. 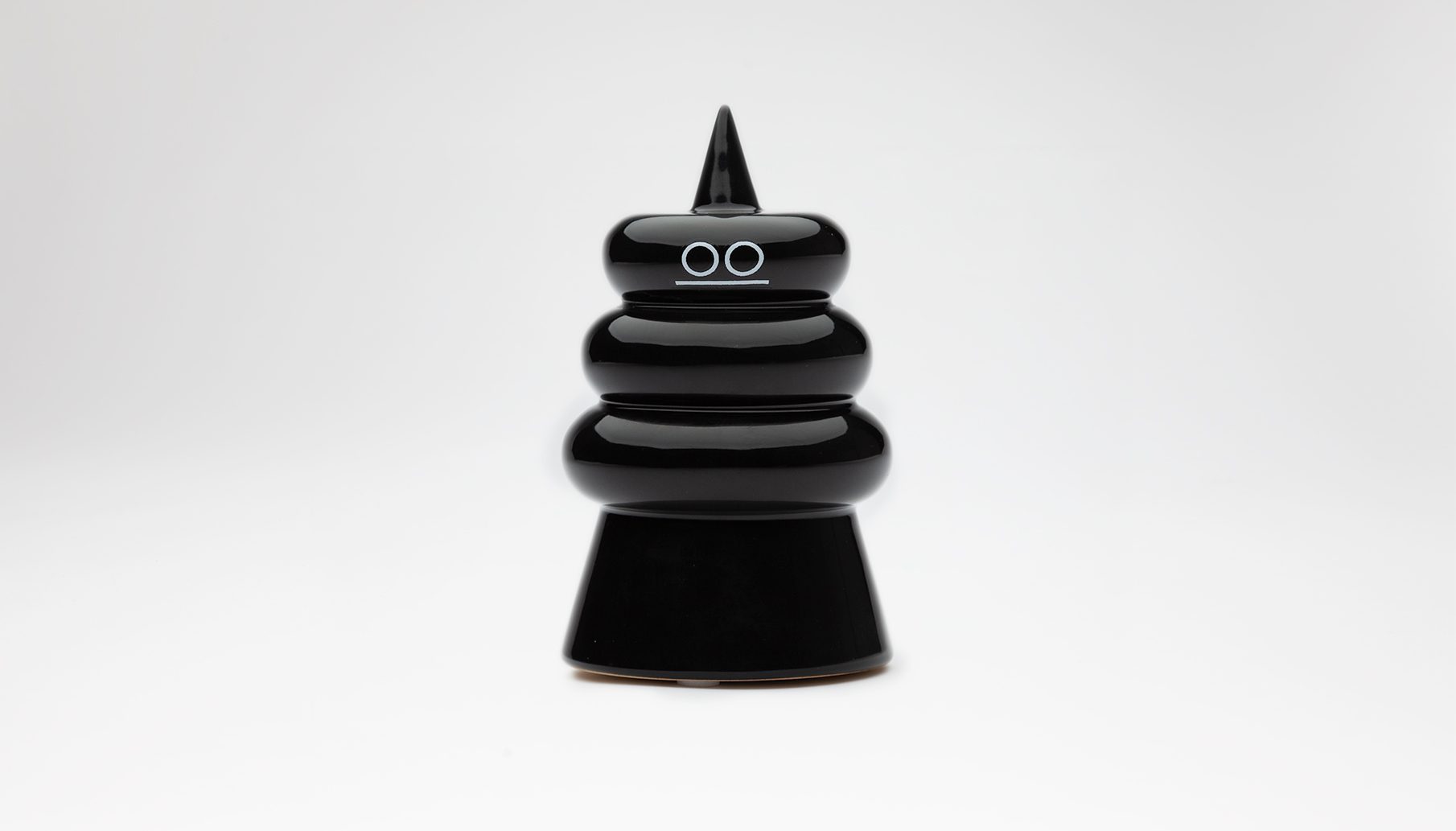 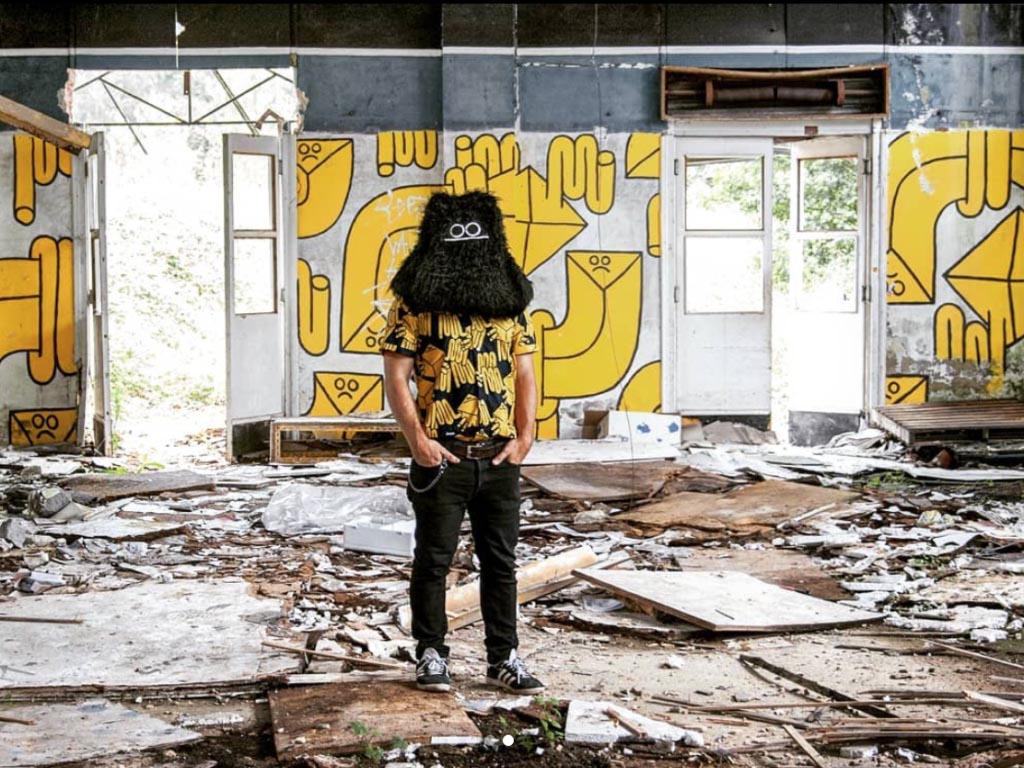 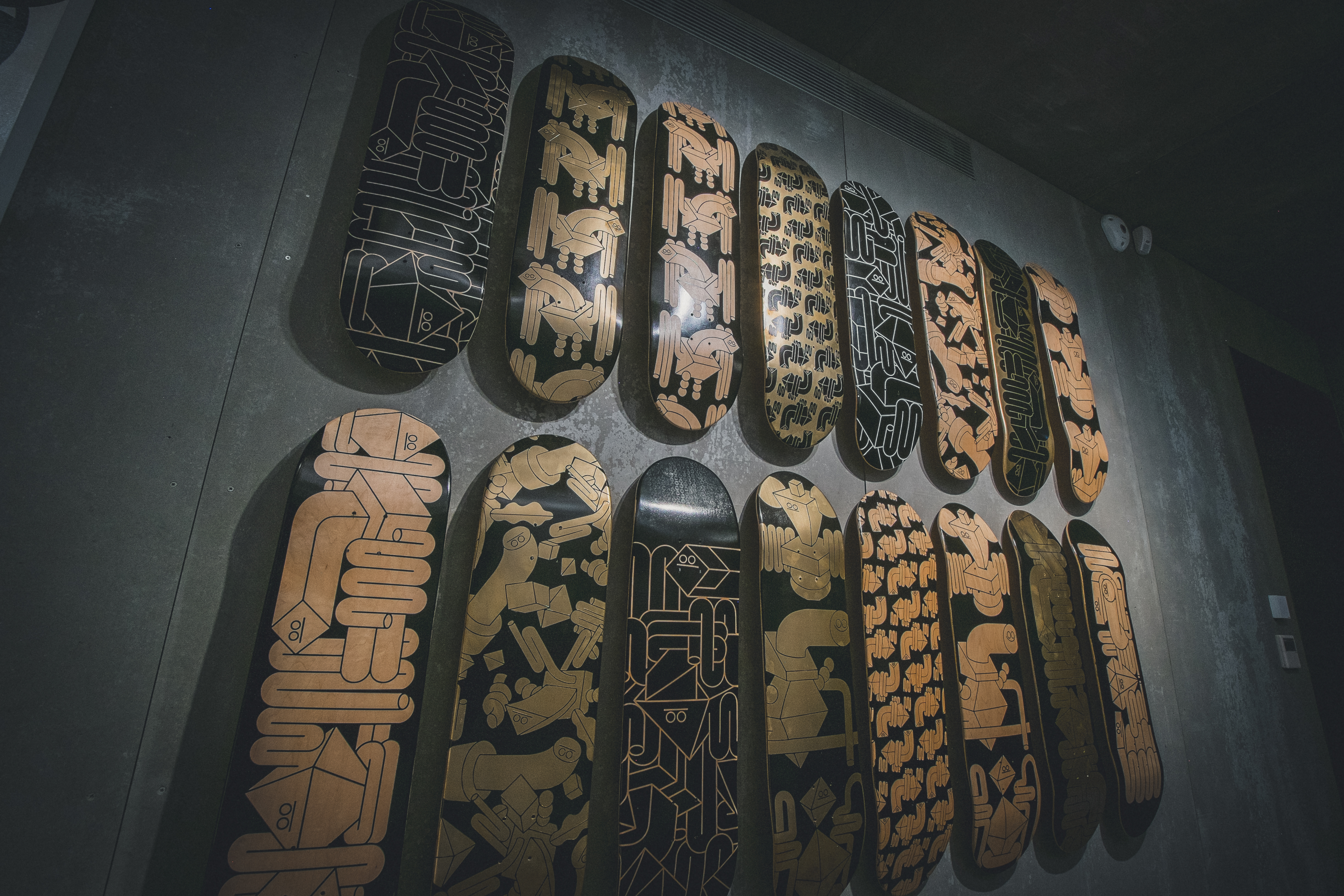 «One of my favorite books is the one I discovered about the creative process. It’s called “Conscious Creativity” by Ellen J. Langer. It explains how she discovered creativity. I’m interested as a creative person and in a personal way to get to know that level of consciousness. In the same line  “Flow” by Mihaly Csikszentmihalyi, studies the flow estates. It explains why creative people are actually creative.

In comics I like the French Lewis Trondheim, specially when he draws about himself and his problems while creating, his episodes with his wife or friends… His narrative is very imaginative.

Talking about movies I’m a huge fan of the Ghibli animation studio. Any title would fit me, like “Princess Mononoke”. A completely different kind of cinema that I love is the simple comedy such as “Dumb and Dumber”, “Ace Ventura”, “Hot Shot”… I never get tired of it!

While I was studying a doctorate in creativity I had a class about documentaries. I was trapped by “En Construcción” by the Spanish José Luis Guerín, where he narrates the story of construction in the Chinese neighbourhood in Barcelona, how that was affecting the people that lived there, by that time druggies and prostitutes.

At last I would like to recommend two podcast I normally listen to while I work, or ‘poscas’ as I like to call them. The first one is a humoristic one “La parroquia del monaguillo”, I got used to listen to it during the time I used to work at nights. Just simple humor, that’s what I like. “Bricomanía” is the other one I love, he’s a handyman and explains a lot of techniques, materials, tools… You never stop learning».

The visual Artist from Mallorca, Grip Face, he observes, pondera and experimenta with whatever surrounds him. Formed in traditional painting, nowadays he gets inspired by different languages such as comics, graphic design or the urban landscape which whom he keeps and open dialogue. On canvas his pop surrealistic aesthetic blends with his street skills, he has painted walls in cities such as Madrid or Barcelona and exhibit his work in the Center of Art and Creation Ses Voltes, Fundación Miró in Mallorca or SC Gallery in Bilbao. 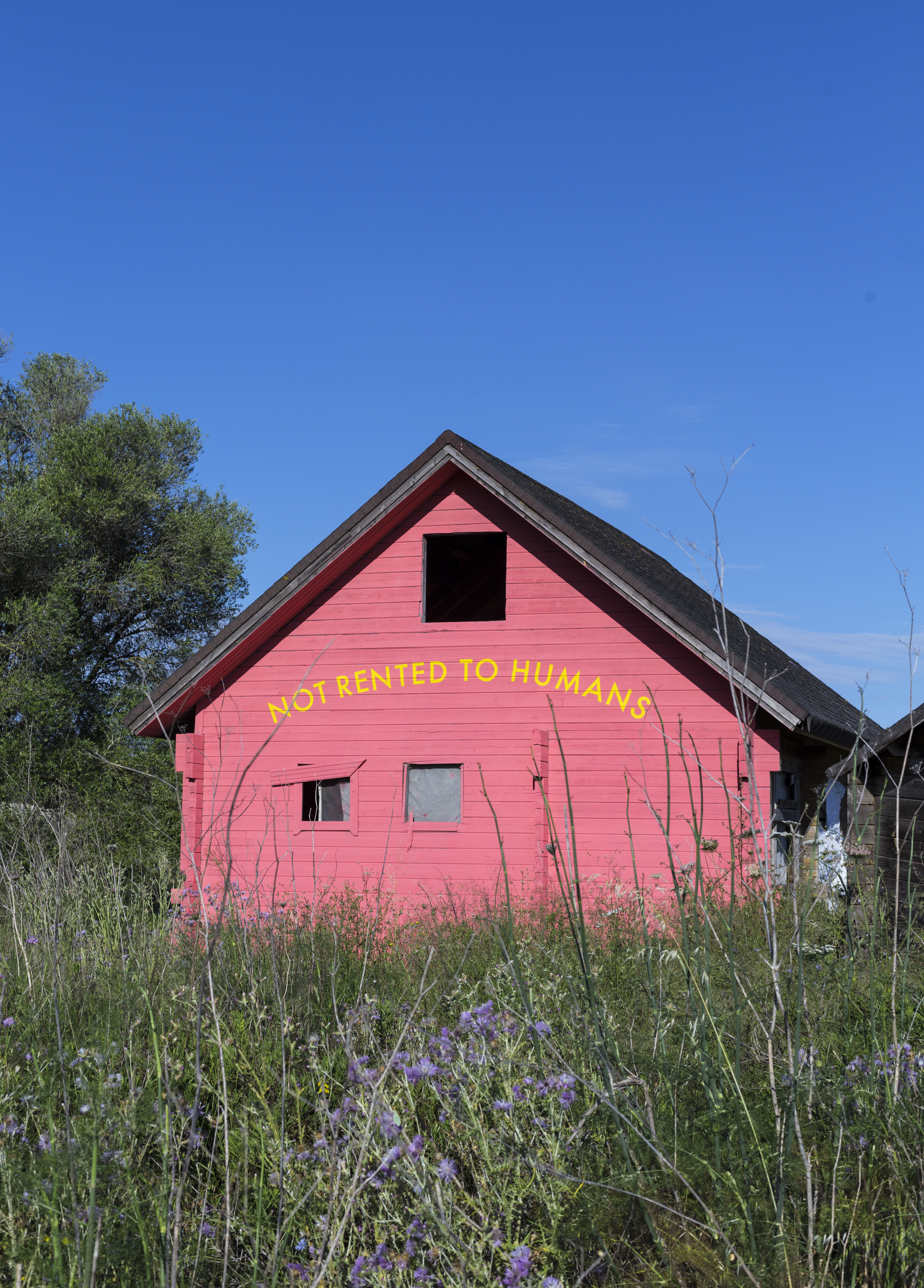 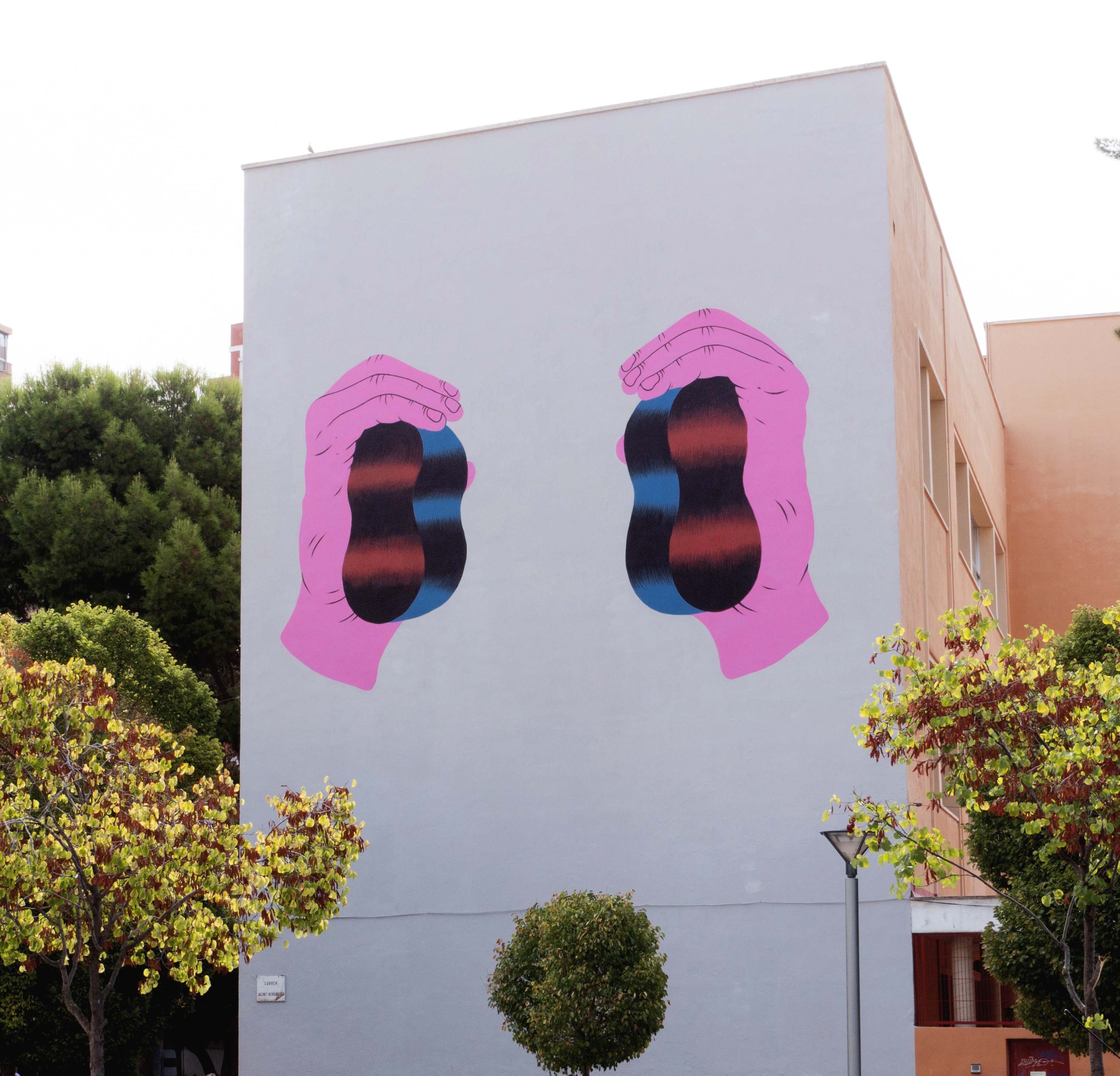 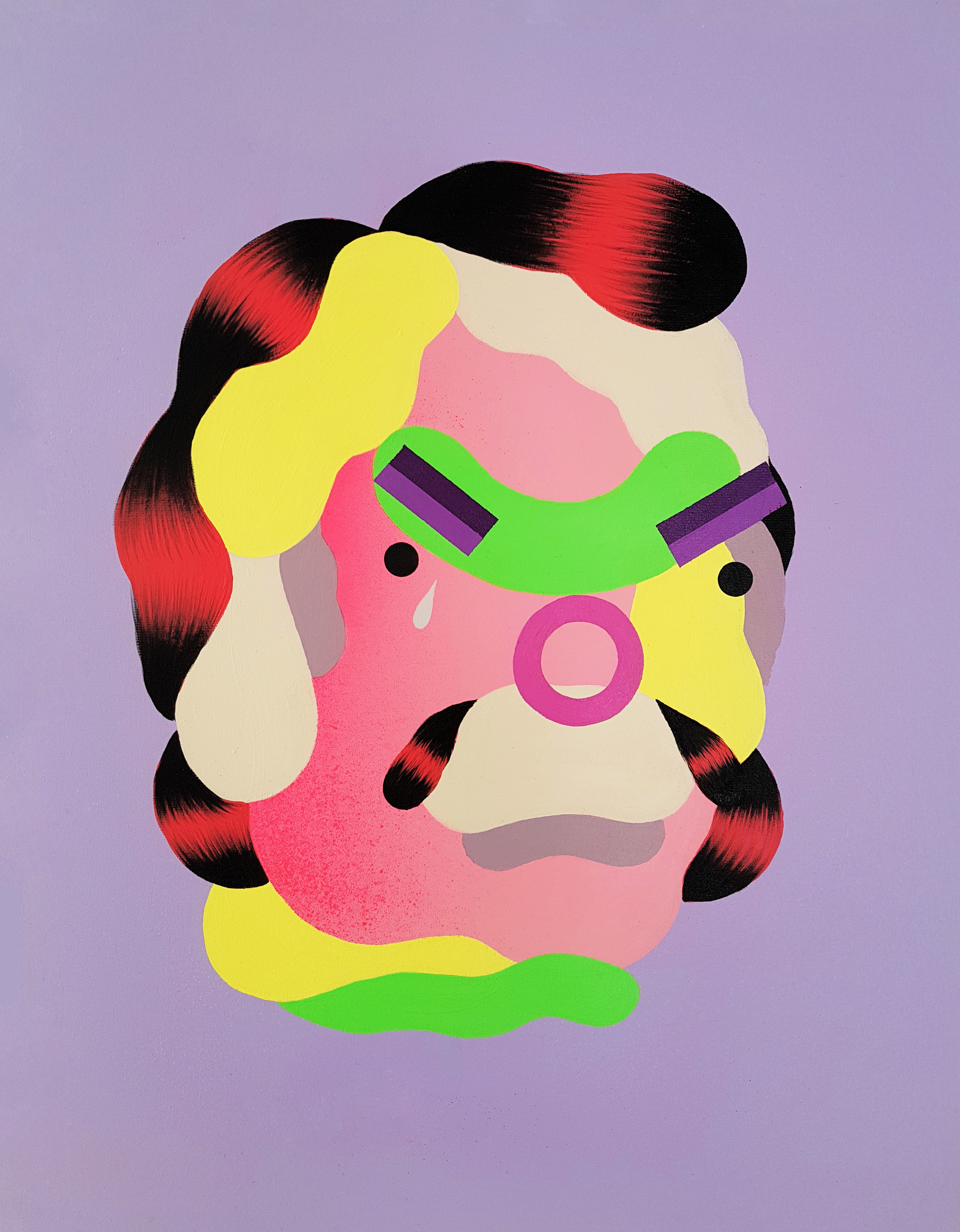 «There’s two books I specially want to recommend. The first one is “Pancho Rada, La Légende!” by Johanna Benz. It’s hard to get, I bought it in France while I was road-tripping a few years ago. It’s a very special because it narrates very abstract and surrealistic stories with a ver interesting plastic and visual humor. I fell in love with the book for its image, typography, the story, the narrative… The second one is my last acquisition from an independent publisher: “Collected Arrangements” by the artist Lucas Dupuy. I discovered this artist not long ago and has a very interesting architectonical conceptual work. He has work on the public space in a ver sutil way playing with shadows, shapes… I recommend to follow his work too.

Not long ago I stepped again into seeing the film “The Edukators” by Hans Weingartner. Is not my favourite movie but it really helped me develop a project I was working on a few years ago. It’s a German film about three anarchists friends that brake into houses not to robe but to modify the interiors generating instalations and leaving a message by these arrangements.

The documentary “The Subconscious Art of Graffiti Removal” by Matt McCormick is one of my favourites. It talks about something I’m very interested in, which is the language that generates the erasing of graffiti in the public space. When I saw it I was fascinated by this dialogue between shapes and stains, the aleatory registers that we find in the cities. Is really short and its worth it to watch it.

I also want to recommend an album, “Hora de buscar Lucero” by the experimental punk band Phogo, that had a stay during my teen years. They’re from Argentina but lived between Barcelona and Mallorca. They were a very experimental band not only in a musical way, but they’re graphics. They used to paint and were very envolved in the punk and skate scene at a very vanguardist level».

He has always liked to play hiding games and he’s done it in a very natural way. In the streets you will see him signing under Toes, but is Toezio his most official (and legal) side. This visual artist with studies in graphic design and ‘lettering’ specialisation, clearly influenced by graffiti codes, aims to break conventionalisms generating an eclectic artwork inspired by counterculture, op-art and tribal art. 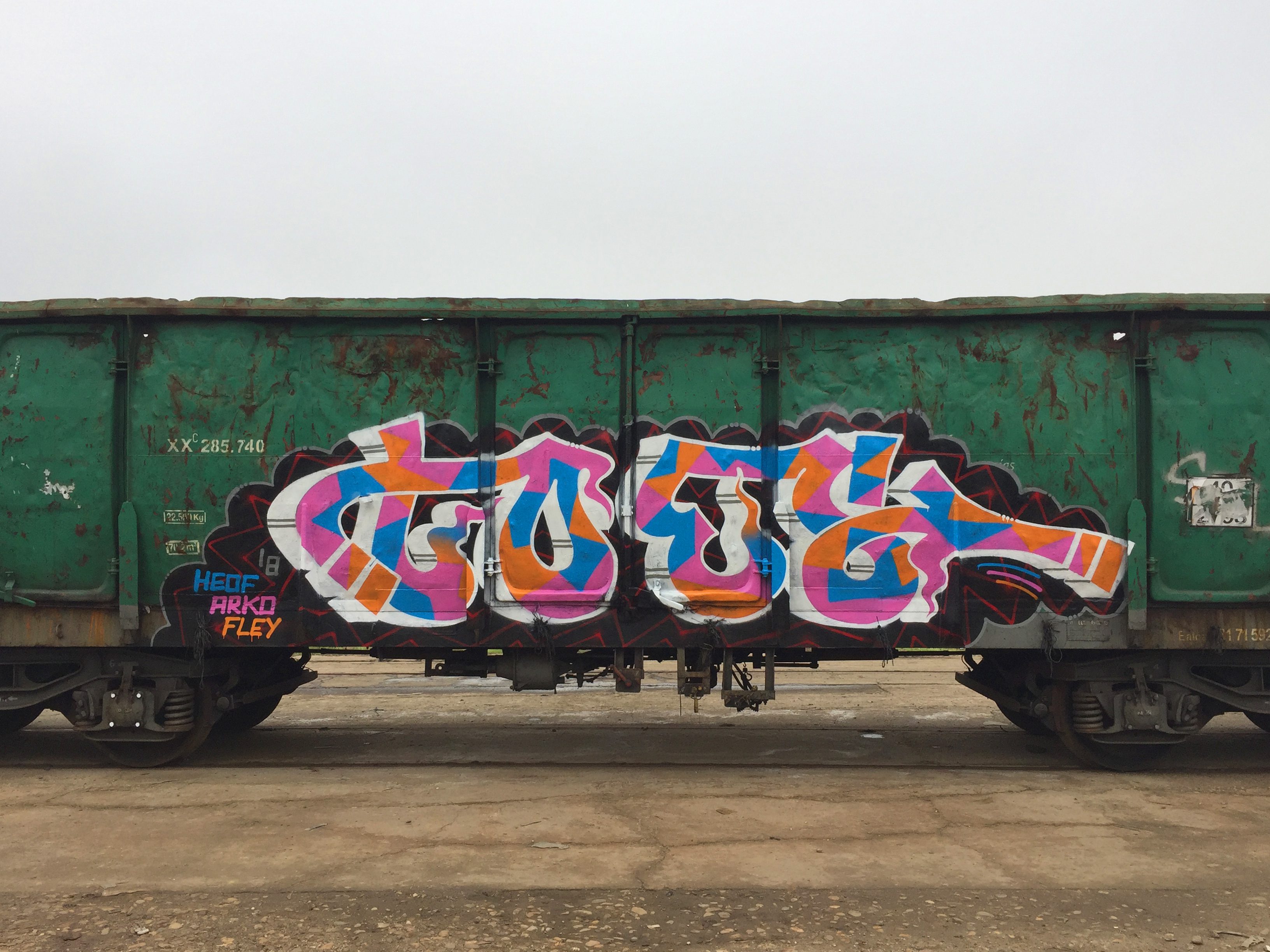 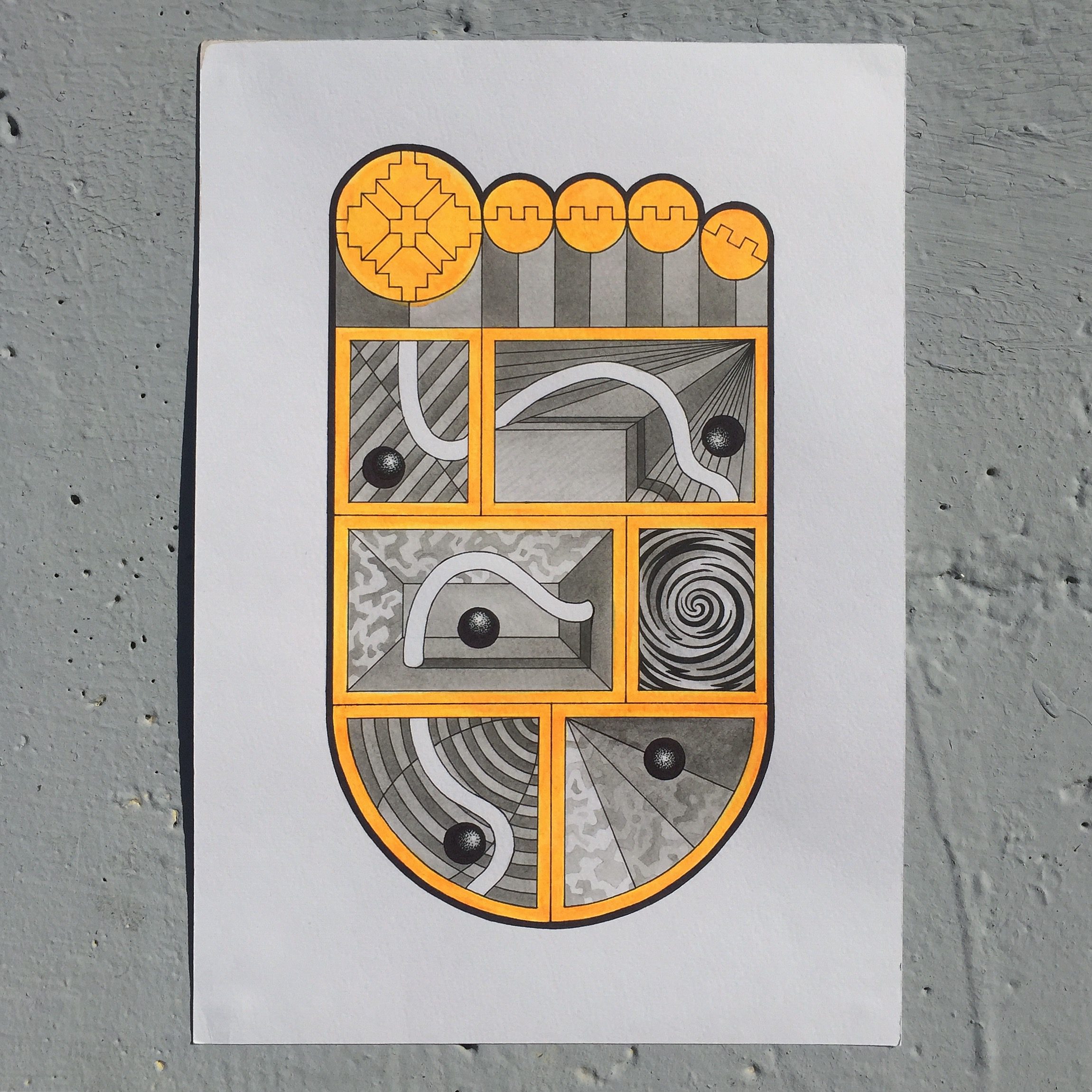 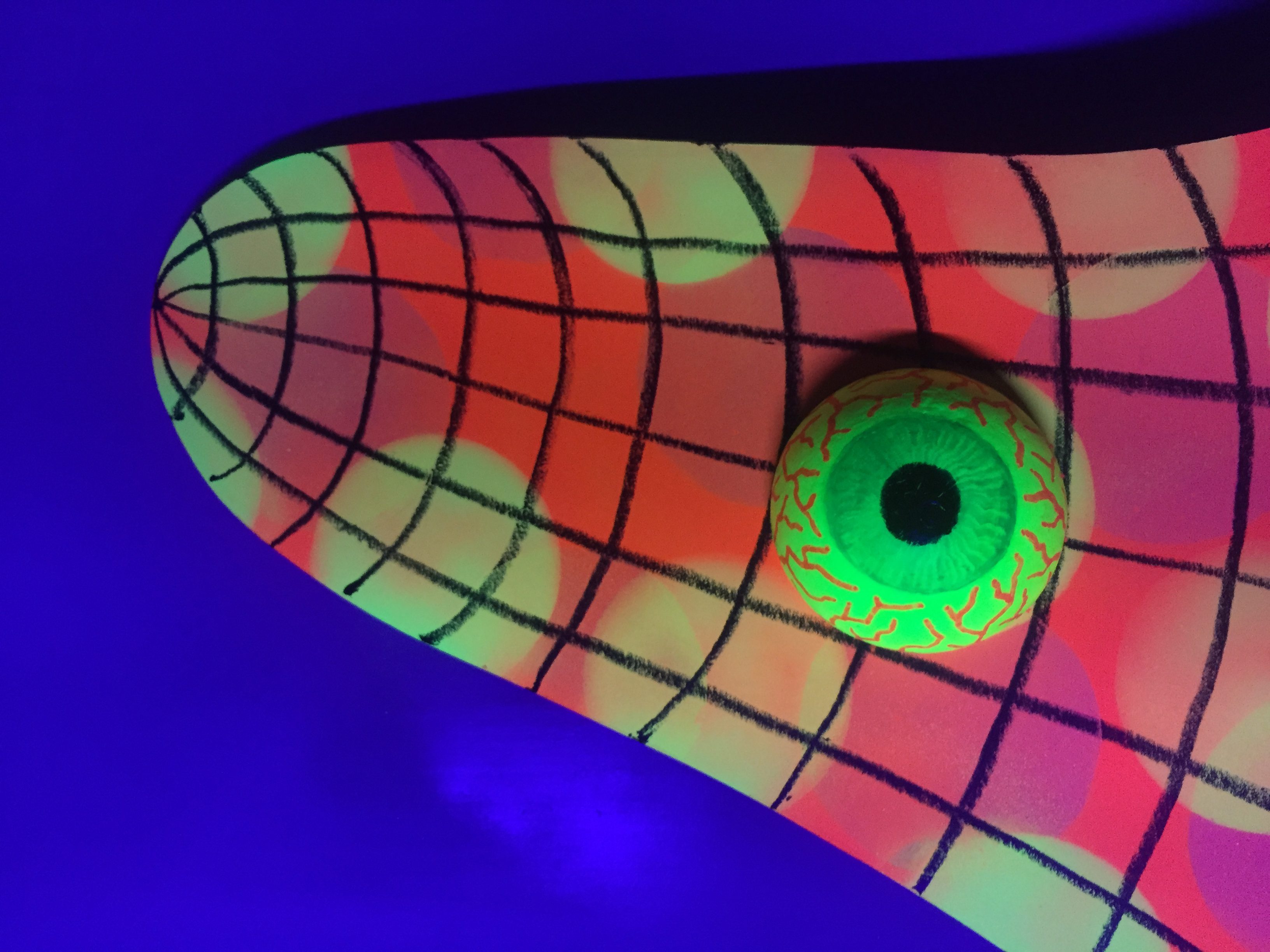 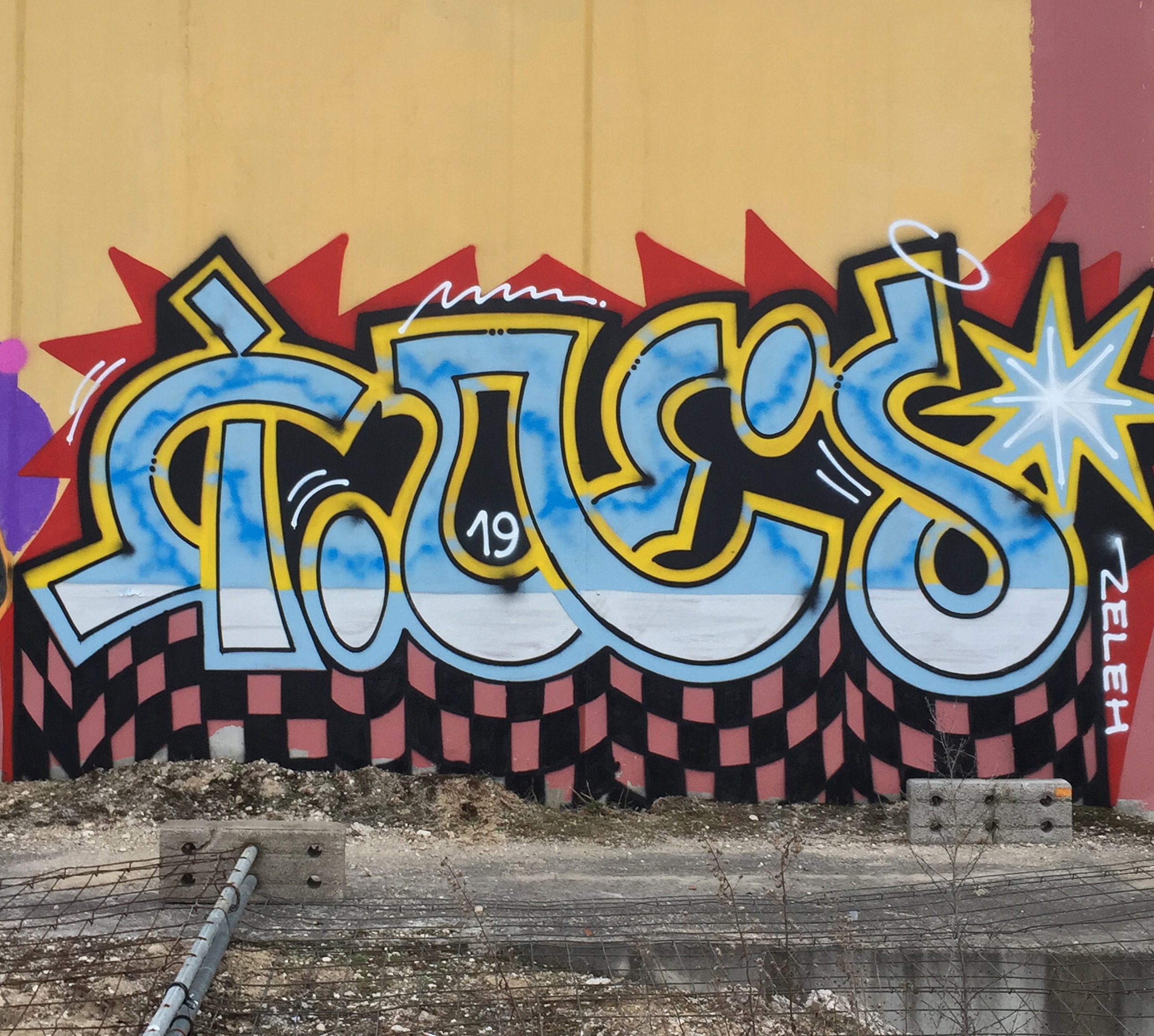 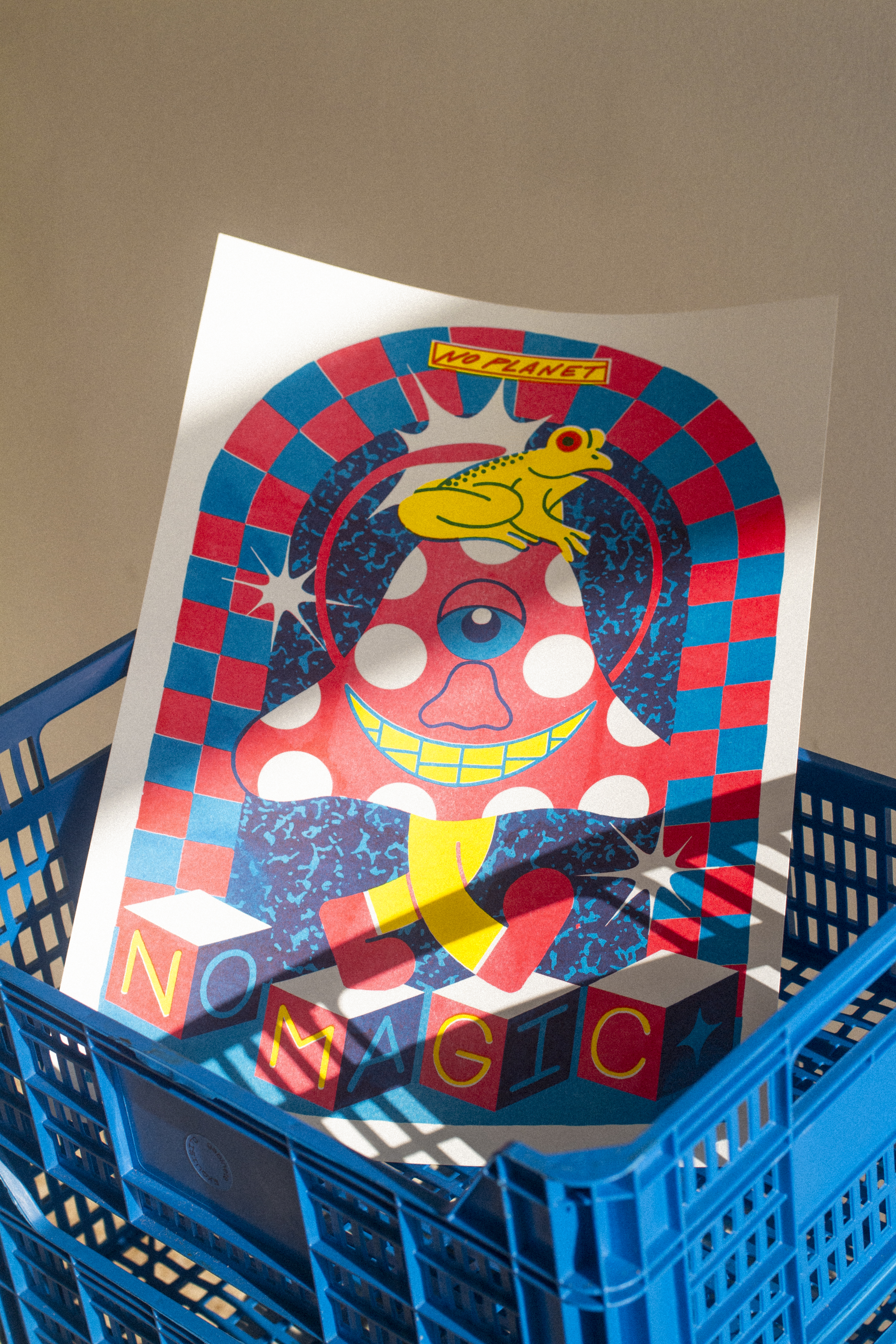 «”The Laws of simplicity” by the artist and professor John Maeda is a book I got to know while I was studying graphic design. I had to do an essay about the author and I was deeply moved by him in different personal and professional aspects when it gets to create. Also “Fear of Freedom” by psychoanalyst and philosopher Erich Fromm. My mother gave it to me and I think it should be a mandatory lecture, it was written in the 40’s but is a very actual reading from which you can get a few hints of the human behaviour nowadays.

There’s two documentaries I’ve been influenced in a personal way that understood also in my artistic side. “Bitter Lake” by Adam Curtis which talks about the lies we’re told specially focused on wars. The second is “DMT: The Spirit Molecule” by Mitch Schultz. I was really shocked. Before seeing it I had already heard about DMT but never from aa scientific vision. This has made me change the way I see and perceive certain things in life.

Adams & Itso is a duo of artists I would like to mention and that I got to know while seeing the street art documentary “Inside Out”. After seeing them I started investigating more about them. They have a very humble way of doing art, I think they’re a pair of genius and I’m surprised they’re not really known. Their work has nothing to do with graffiti formally and in aesthetics but it has in the essence. It’s more like a performative, art-functional kind of work. They lived in an empty corner they found in the Copenhagen train station for years. They are really outsider artists…».

Deno Vázquez (Madrid, 1977) studied philosophy but he has given his career to the tattoo lifestyle. After living for a few years in the US and having worked in Tattoo Paradise Studio in Washington DC, he decided to come back to Madrid to open in 2010 a studio of his own: Circus Tattoo. A few years later, in 2014, he opened a second one, Seven Doors, this time in London. Skulls, whales and octopus or his signature pieces in what he paints and tattoos. And as in every valued tattoo artist, you will be able find very few parts of his body without ink. 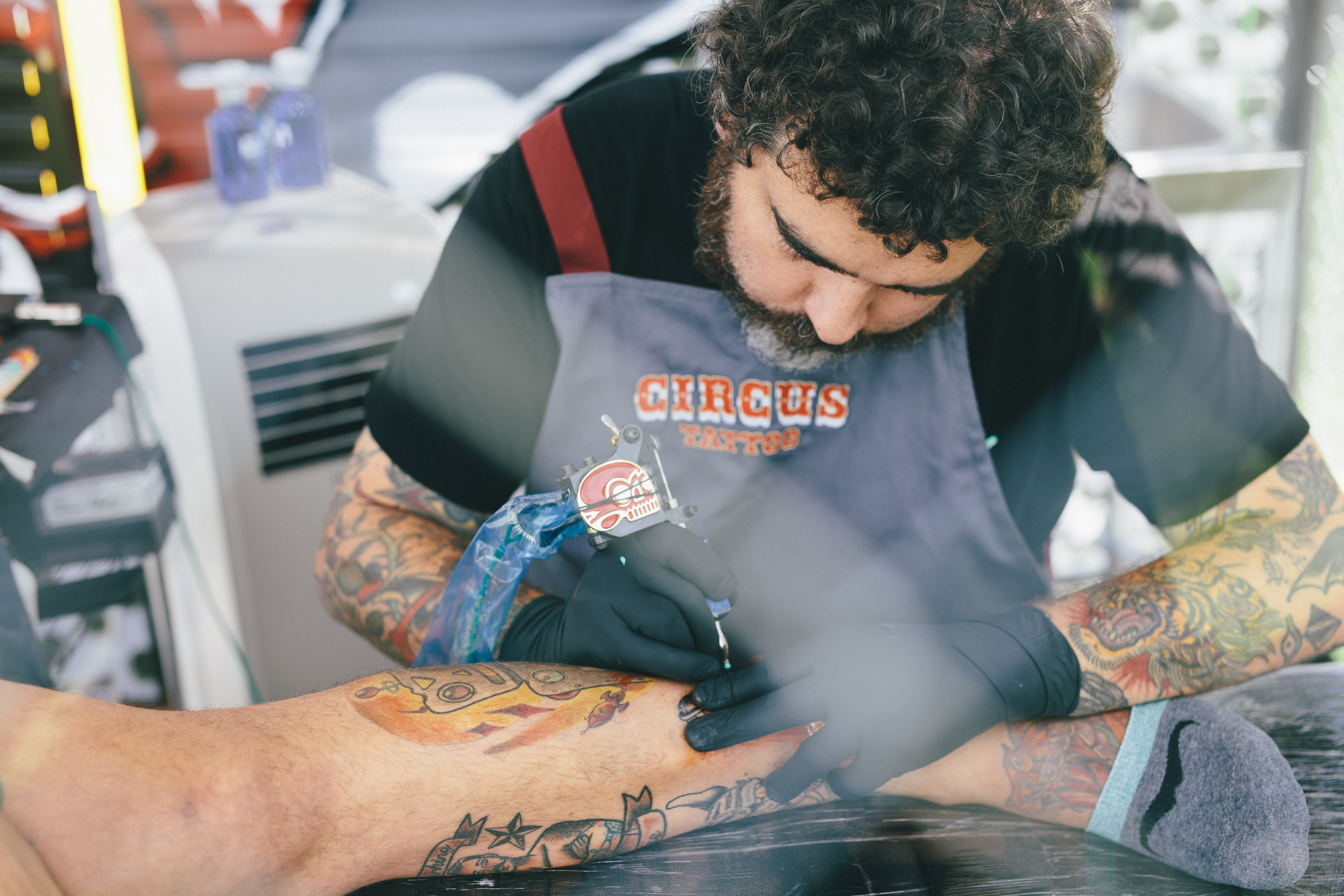 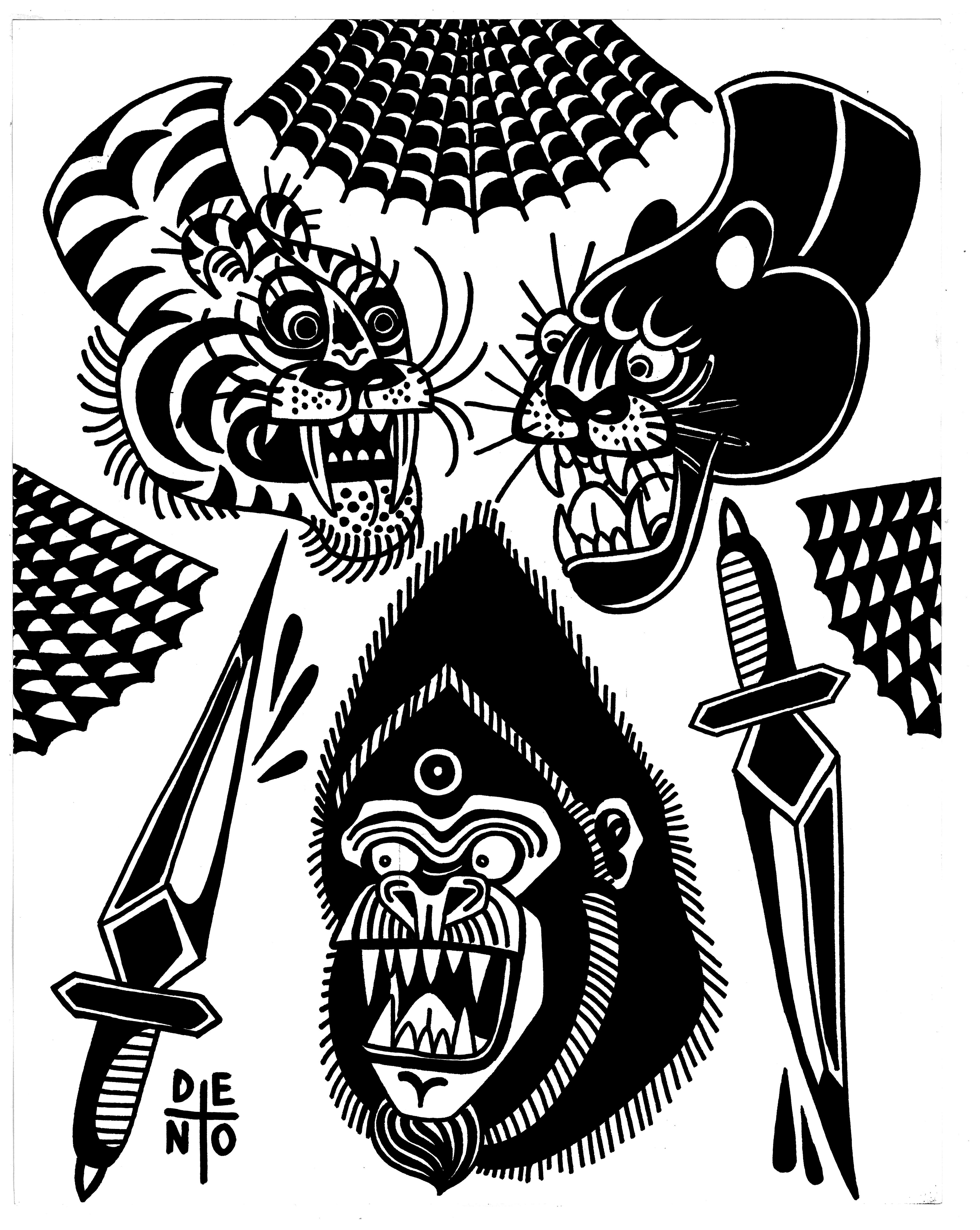 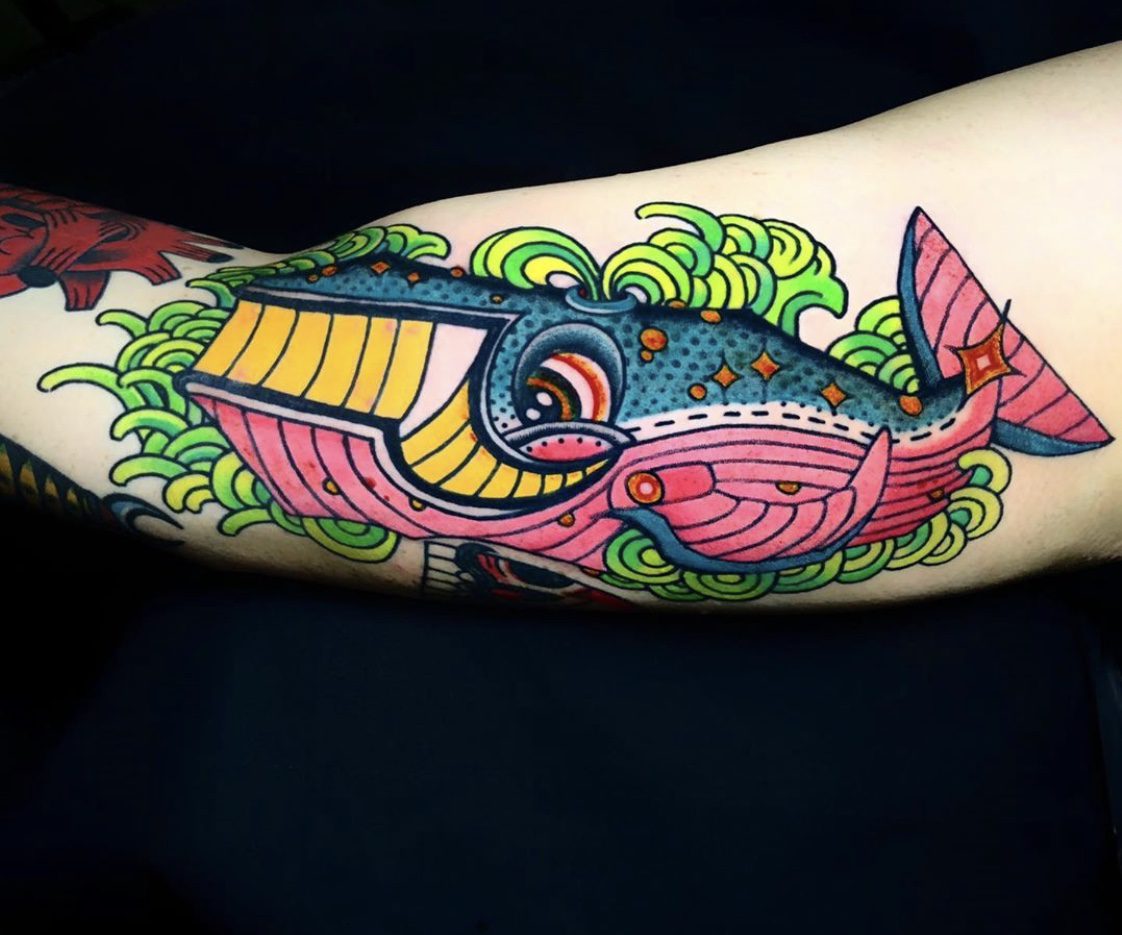 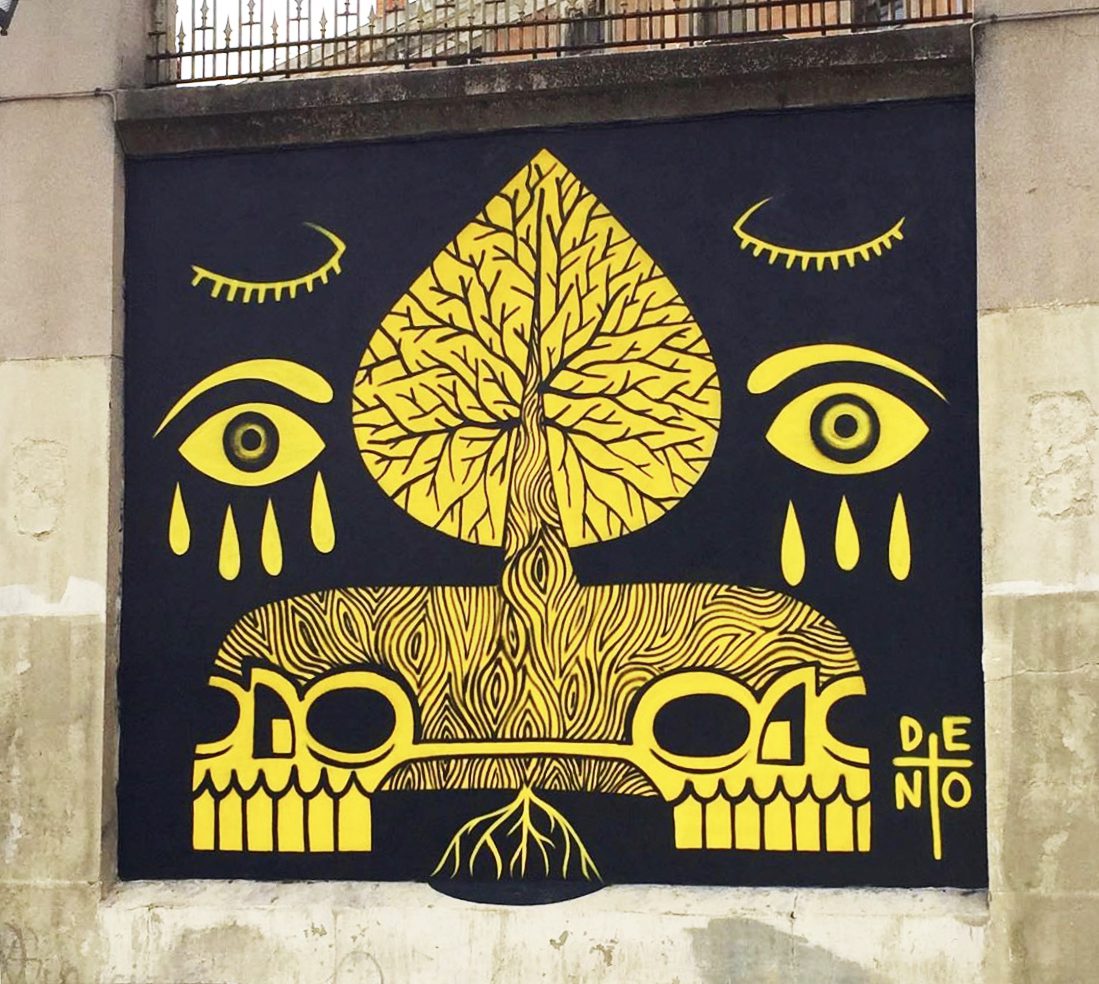 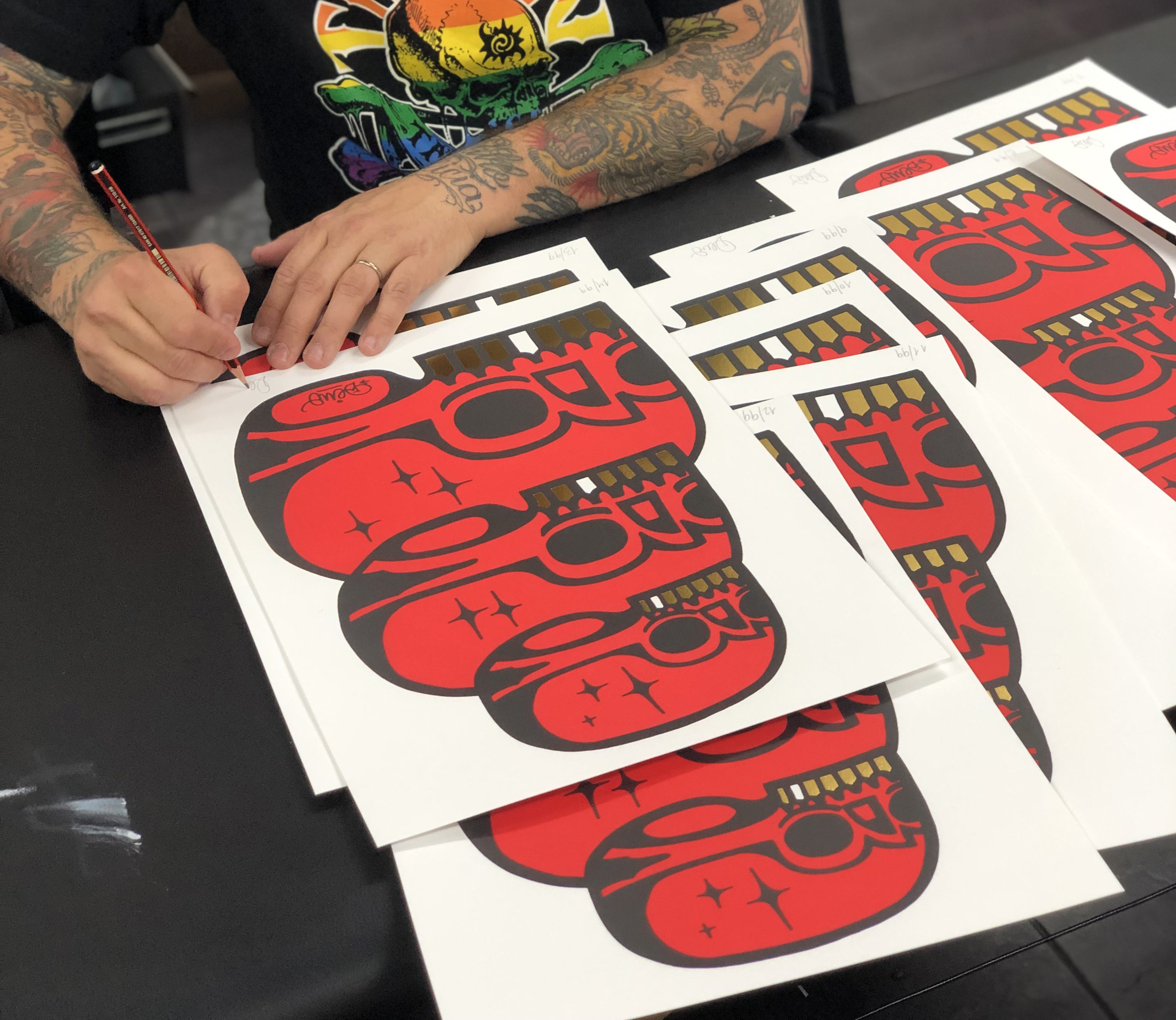 «I love to read Paul Virilio, I think he’s a visionary of modern culture and Contemporarity. “Dance of Reality” by Alejandro Jodorowsky was a gift from my friend Sinsentido that definitely changes your way of seeing life… For better or worse! It’s a wonder with many interesting guidelines to follow. Another spiritual lecture I would recommend is “The Four Agreements” by Miguel Ruiz. As for illustration books I would recommend any of Dover publisher. They have an incredible archive of illustrations, they’re quite a reference.

“Delicatessen”, co-directed by Jean-Pierre Jeunet and Marc Caro is my favourite movie. I love Woody Allen’s cinema specially “The Purple Rose of Cairo” and “Deconstructing Harry”, recommended by my friend Rhed.

As artists I love Dan Higgs, a former tattoo artist, painter and musician. Antonio Saura and Philip Guston as from the XXth Century and contemporary artists I would mention the work of Zio Ziegler, Wes Lang and Robert Nava.

I always listened to a lot of flamenco music, such as “Omega” de Enrique Morente or Derby Motoreta Burrito Kachimba. I’m lately inspired by musicians like the pianist Joep Beving, Ludovico Einaudi or other classical as Arnold Schoenberg or the French composer Erik Satie».