Change is a Team Sport: an Urban Art collective project (Part I) 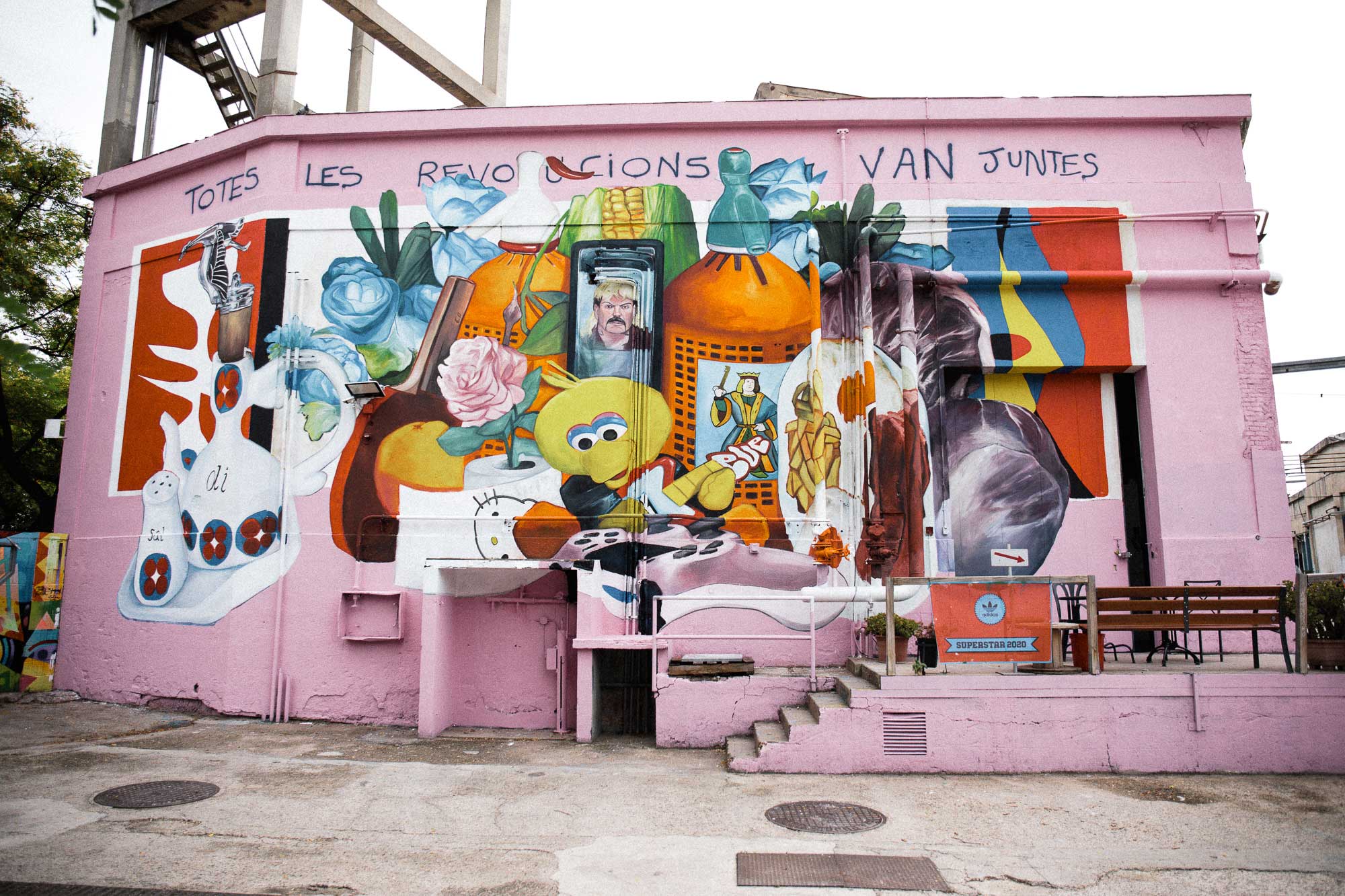 During the months of March, April and May, when the world seemed to be on pause, something was still cooking in Barcelona. In fact, it started some weeks before the lockdown and during this period, it stayed alive. We are talking about “Change is a Team Sport”, a collective Urban Art project born with the aim of celebrating the 50th Anniversary of the iconic Superstar adidas Originals sneakers in Barcelona curated by B-Murals and Urvanity Projects.

The Argentinian visual artist Nicolás Romero aka Ever (Buenos Aires, 1985) and the conceptual artist Octavi Serra (Gerona, 1990) were the artists selected to carry out the first part of this project with the neighborhood of La Sagrera and the Nau Bostik old factory as the epicenter of the action. With urban art as a starting point, the artists have developed during these months an immersive community work processes, seeking real transformation through group dynamics with collectives and associations of the immediate territory plus artistic interventions represented through small and large scale mural works inside the factory which houses the Nau Bostik. 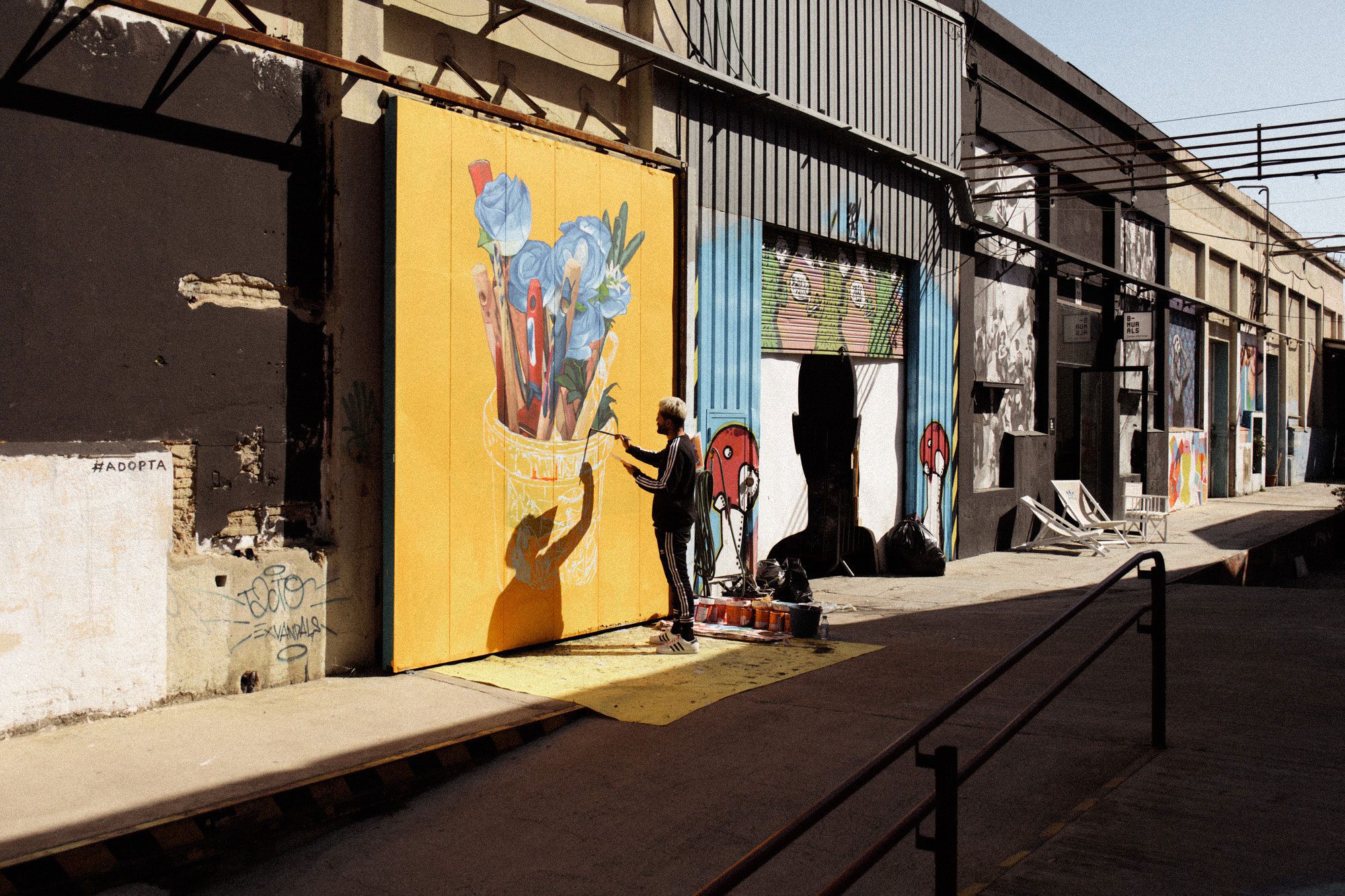 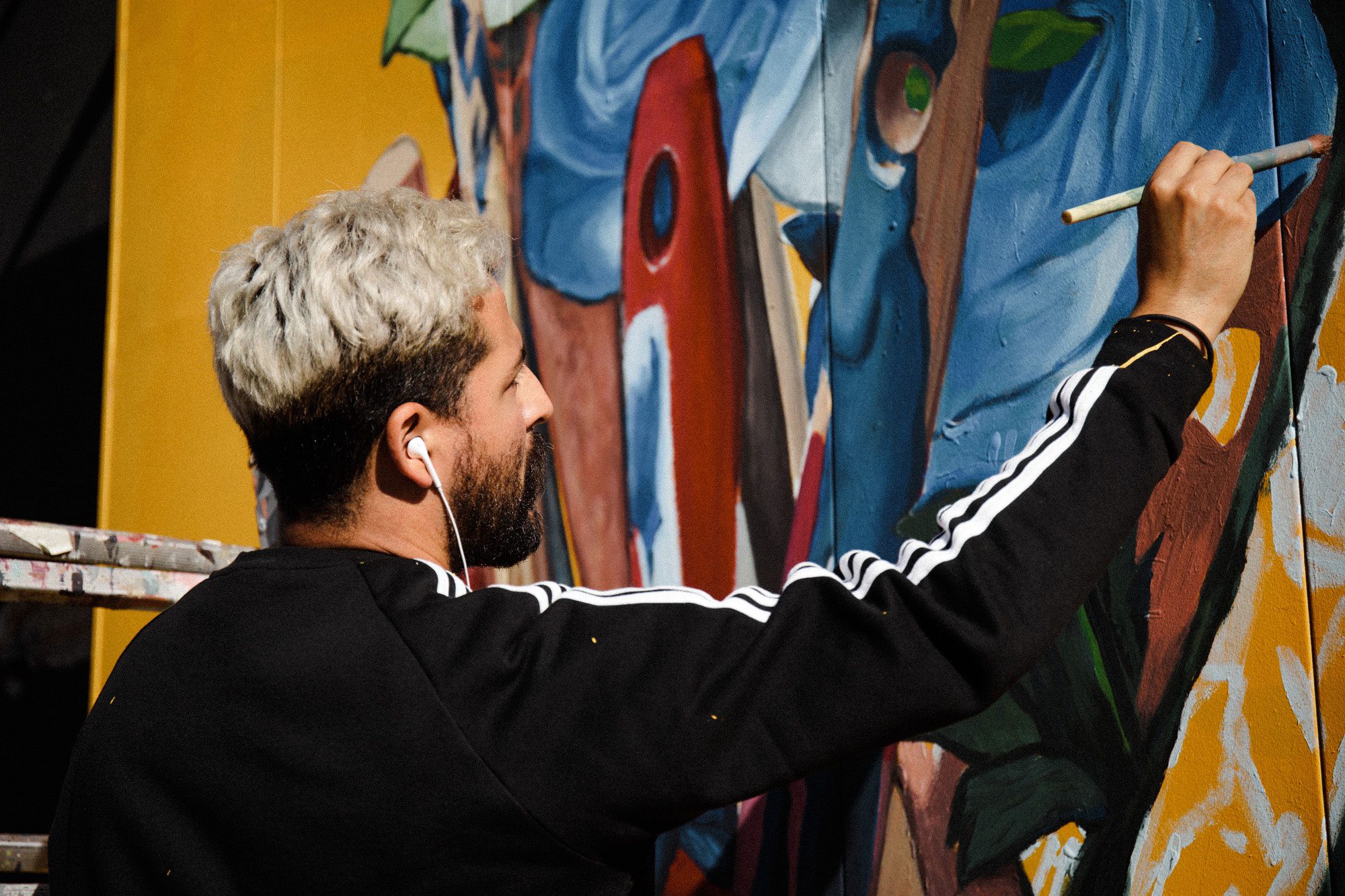 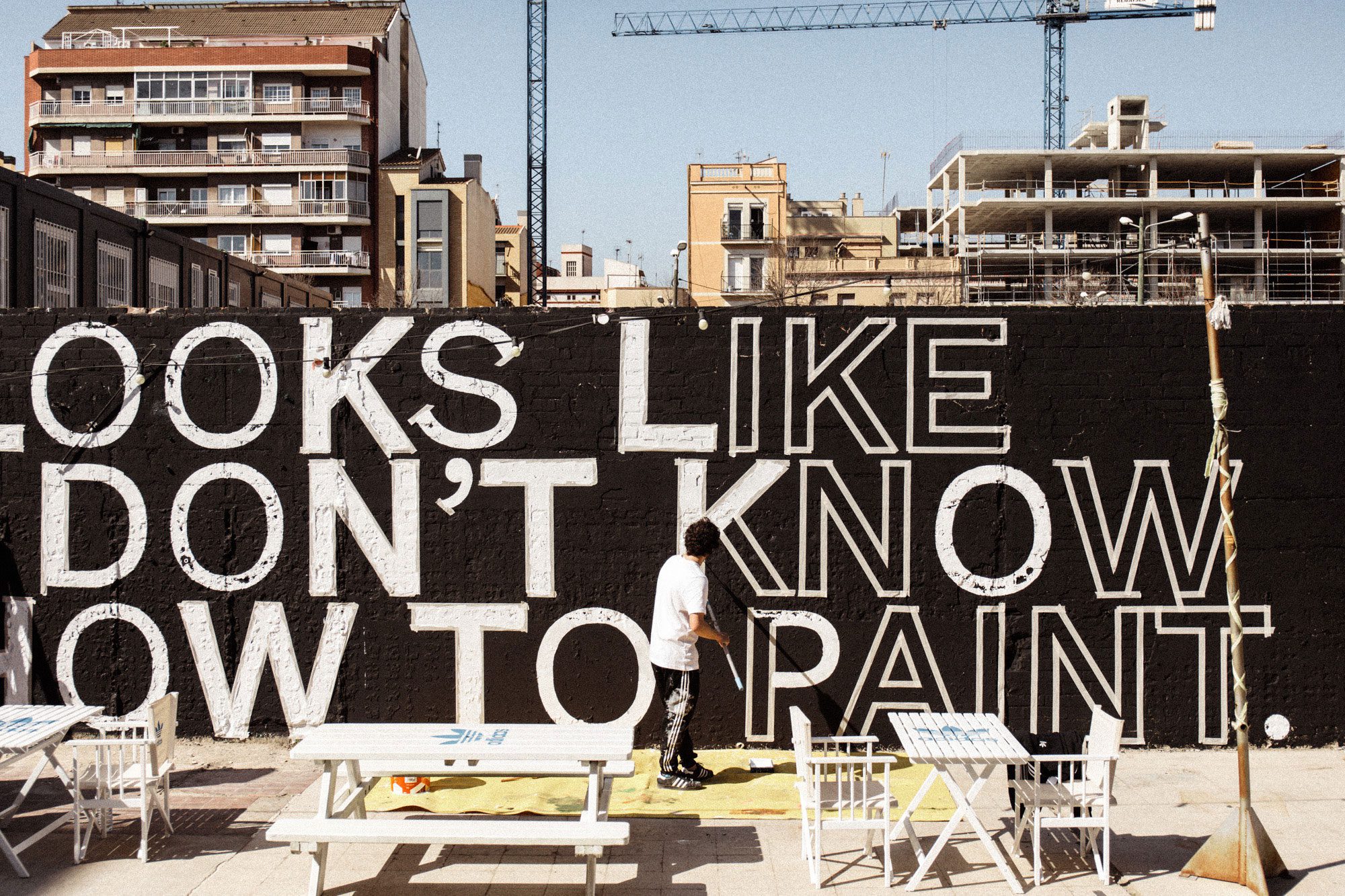 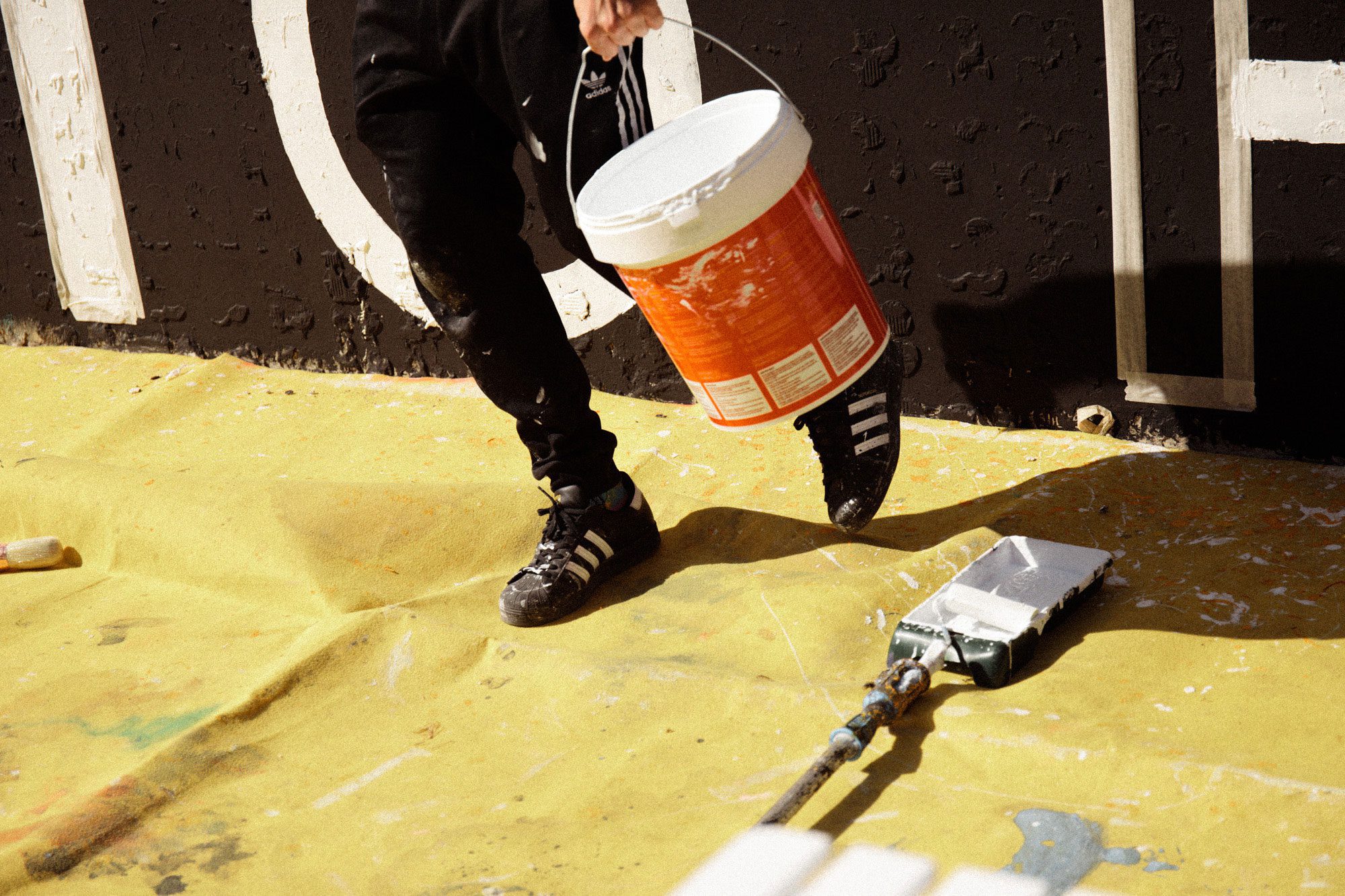 During the first week of residence, when we were still out in the streets, the artists carried out the first minor artistic interventions in the Nau Bostik, and at the same tieme held the first meetings with the groups assigned to each one of them. On one hand, Octavi Serra worked on his “petrified sculptures” with the sculpture students of the Escola Superior de Disseny i Art “Llotja” and Nicolás Romero with an artistic collective from La Sagrera with whom he shared a dialogue on artistic languages, creative processes and helped them by giving some guidelines for their personal work. 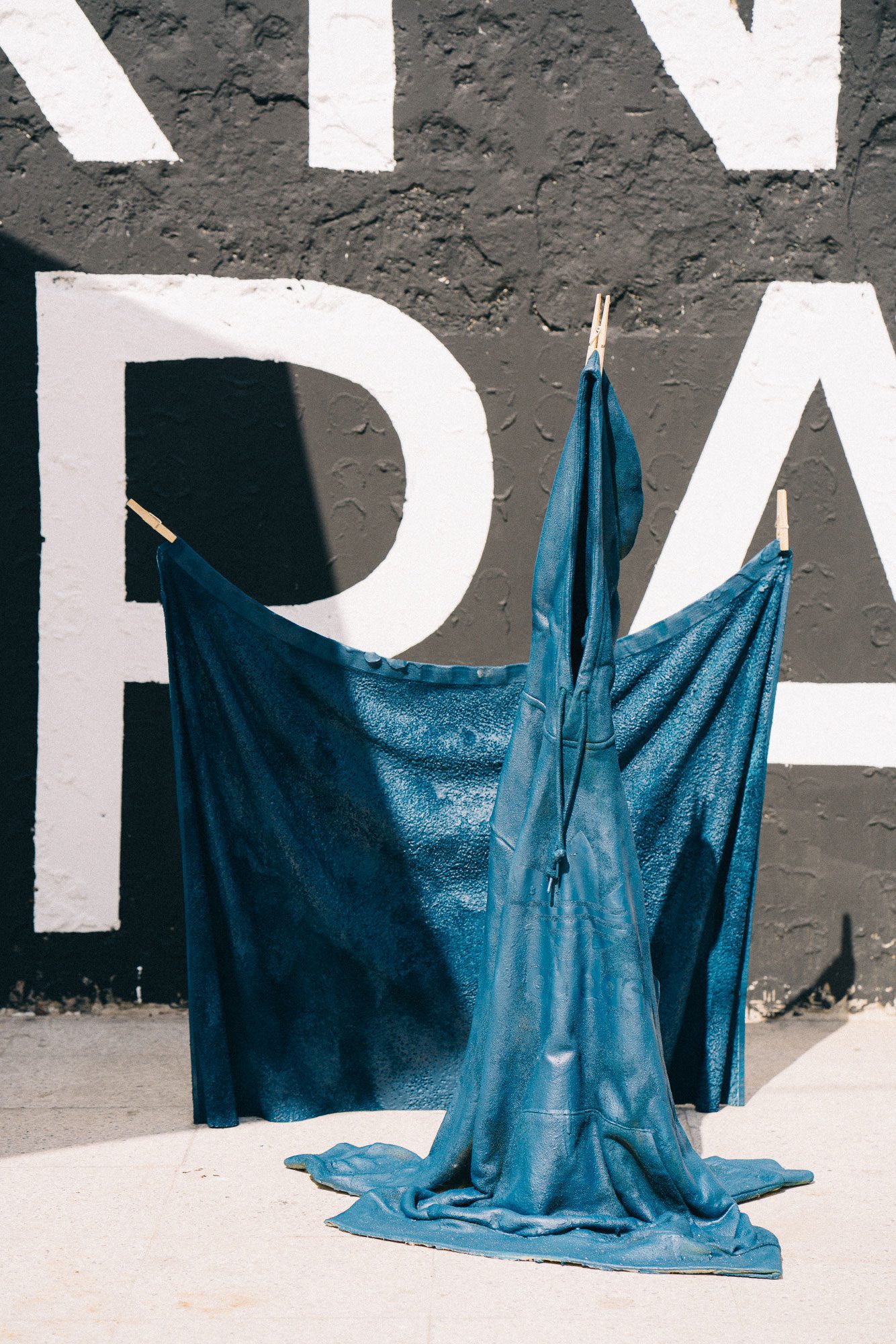 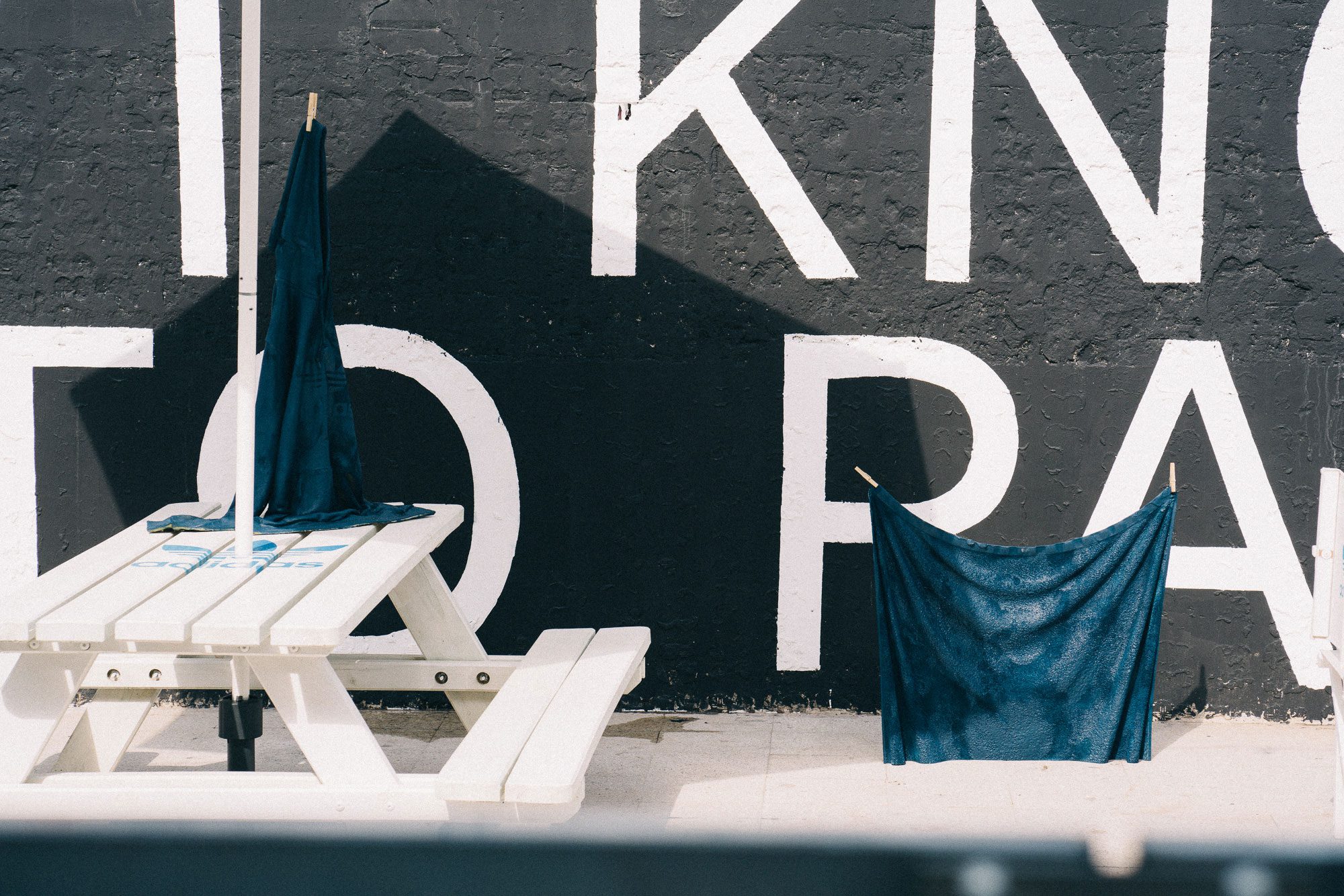 «When the quarantine arrived the project mutated», says Nicolás Romero. «We had to take everything we absorbed during that first period when we were still outside and take it to the studio work. It did not only affect our pictorial work but also the working process with the artist collective with whom we were working outside», he continues. 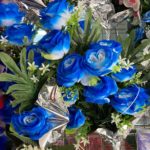 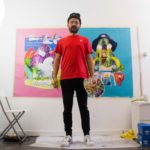 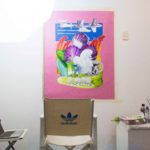 All the work and artistic process developed outside took a whole new shape under adidas #homeTeam hashtag. Through collective video conferences, the artists held weekly meetings with the groups. In addition, they dedicated themselves to their individual studio work to develop what would later form part of the collective exhibition together with the two new artists of the second residence, concluding with it the intense months of teamwork open to visit on the B-Murals gallery in Barcelona. 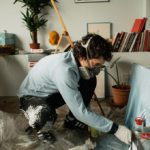 Octavi Serra #homeTeam work at his apartmen in Barcelona 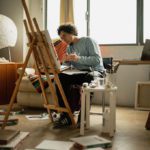 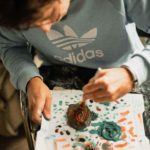 Still, the last part of this first artistic residence remained to be done: the big interventions in the street. The artists were eager to re-occupy the public space and share everything they had learned and experienced during the quarantine months. «One of the fundamental parts of the project was to make the exterior wall», says Nicolás or Ever. «At first, I had a feeling of disbelief, of being painting in a half unconscious way and I think it wasn’t until the third day that I realized I was actually painting a wall in the street. Being outside was like winning a prize. An award for our perseverance, our patience during this period… The wall became a celebration, it seemed transformative to me», he concludes. As a horizontal still life, his mural, 14 meters wide, brought together a dozen elements that summarized his experience during the artistic residency: the context, the neighborhood, the elements shared by the art students collective and others elements representing a confinement in a city to which he did not belong to. 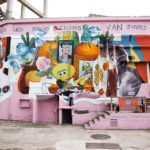 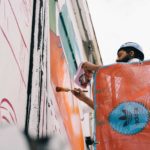 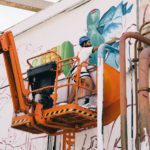 On the other side, Octavi was in charge of intervening the water tank at the Nau Bostik’s main entrance. At a 30-meter height and in line with his characteristic conceptual style, the artist from Girona turned green and white the concrete cubical structure through the repetition of the iconic ‘Emergency Exit’ sign with which he created precisely the opposite effect, a ‘no exit’ impact: «I wanted to represent a ‘loop’ effect symbolizing the constant problems and vital situations that we must face on our daily basis, those everyday situations that suggest that we should seek objectives and solutions without ever leaving this continuous endless cycle», says Octavi Serra. 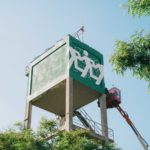 WIP of the water tank by Octavi Serra 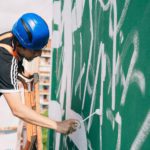 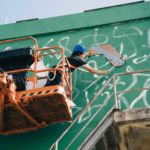 THE SNEAKERS OF CHANGE

In its half-century of life, the adidas Superstar sneaker has remained a globally recognizable icon and since its inception it takes part of a benchmark representing Street style to its purest level, associated with urban tribes, hip hop music (strongly influenced by RUN DMC ) and the graffiti scene, giving it a unique identity. Its association once again with urban art with this project located in Barcelona positions the Superstar trainers once again as standard of change, artistic freedom and creativity.