What about the galleries? 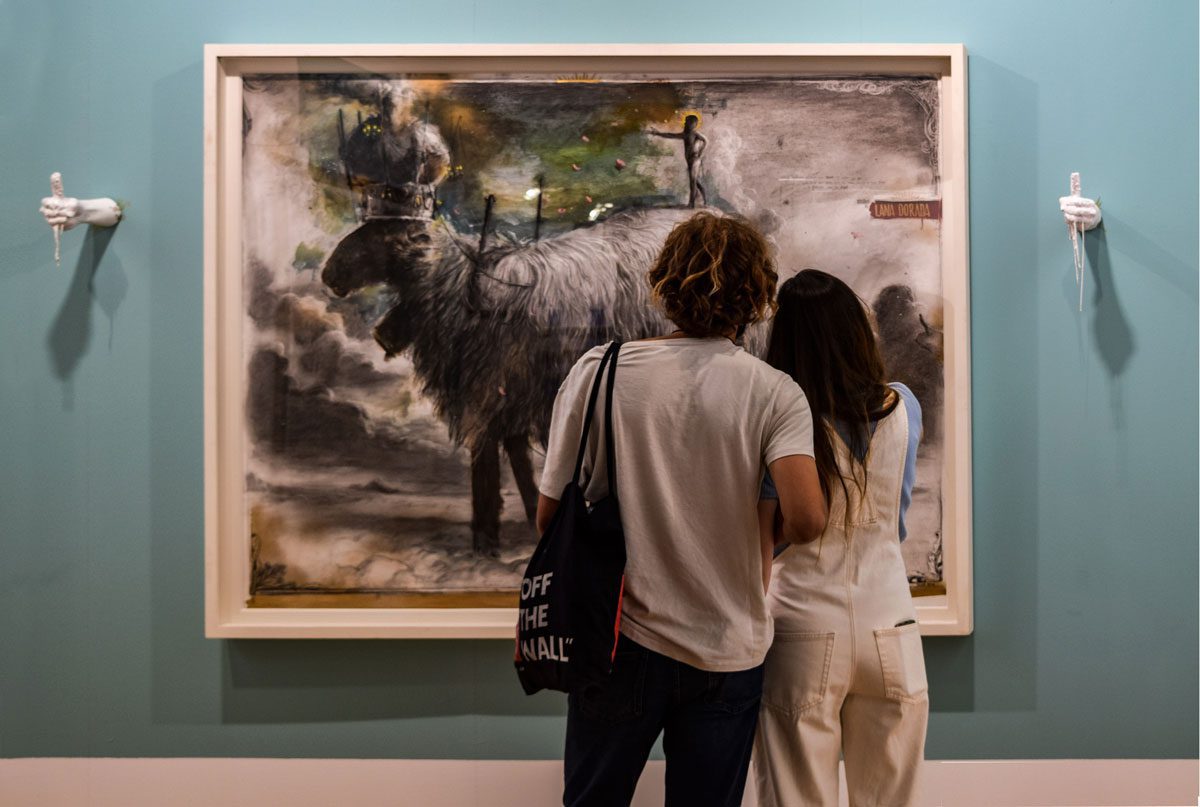 In a three-way conversation with the directors and founders of three galleries in Spain, Mexico and the US we sit down to talk about the situation that each one is experiencing in their city, the future perspectives of the galleries and art in its more technological version. Ignacio Reig, from Furiosa Gallery in Madrid, Gerardo Sucilla from Heartbeats in Mexico City and Pablo G. Villazán, from PADRE Gallery in New York are the three artistic curators and businessmen invited to this open dialogue.

Because we have already spoken with the artists, who have all showed us their most personal vision, their fears and the opportunities arising from this once in a lifetime situation, now it is turn for the galleries and their managers to speak up. We sit down, listen and take note. 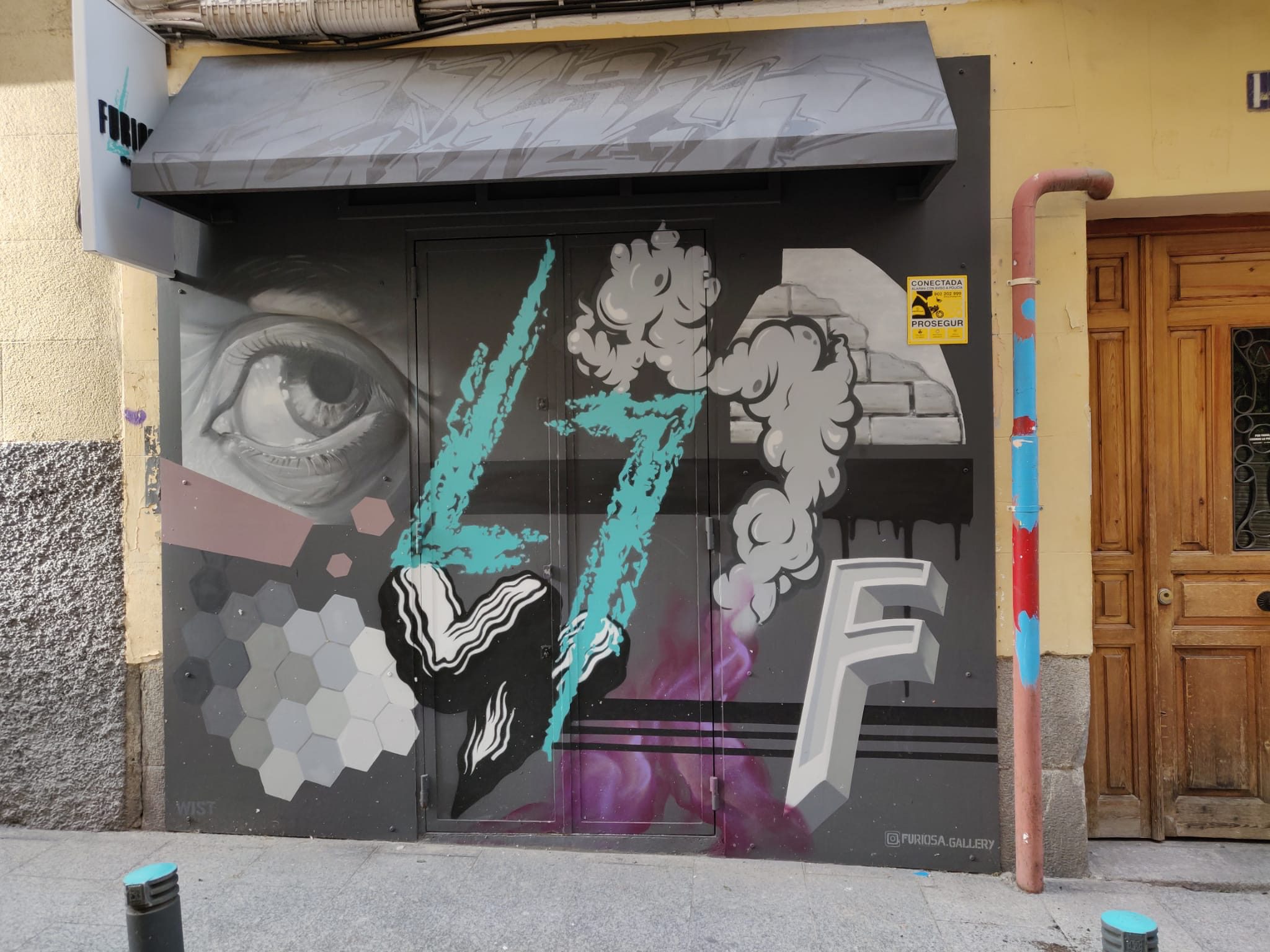 Outside Furiosa Gallery in Madrid 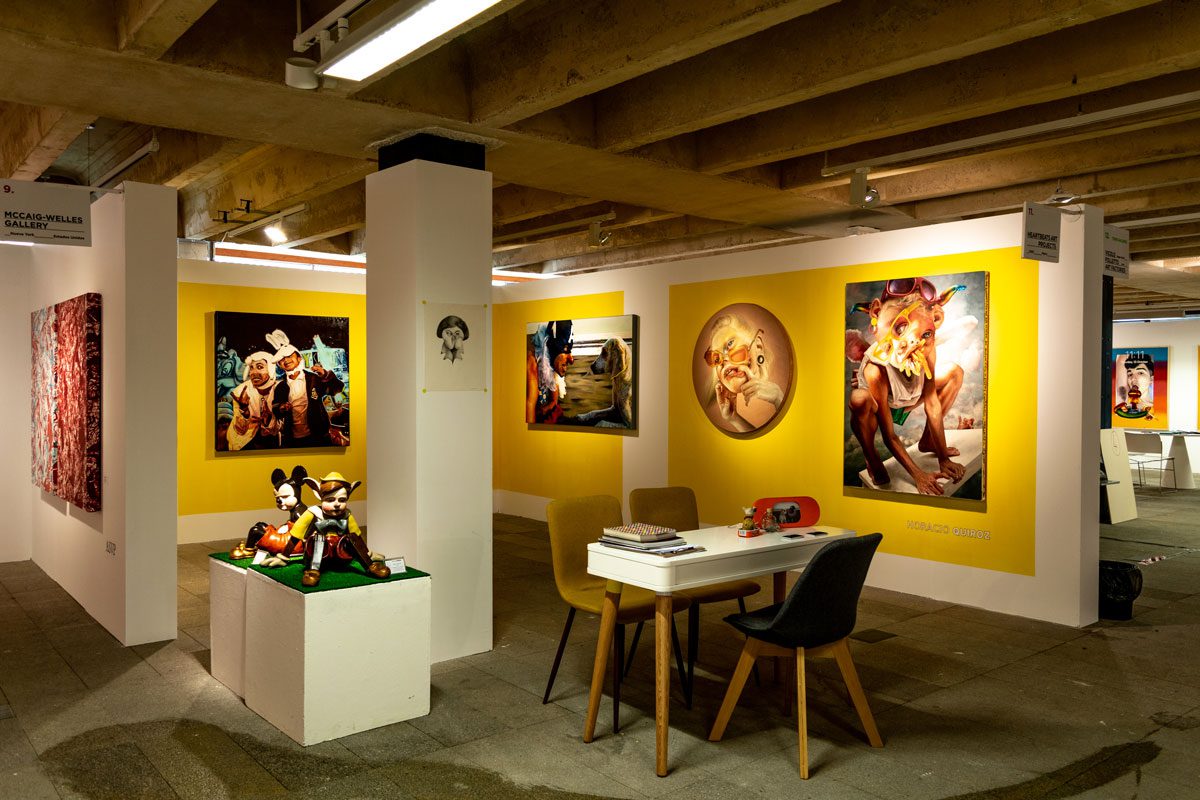 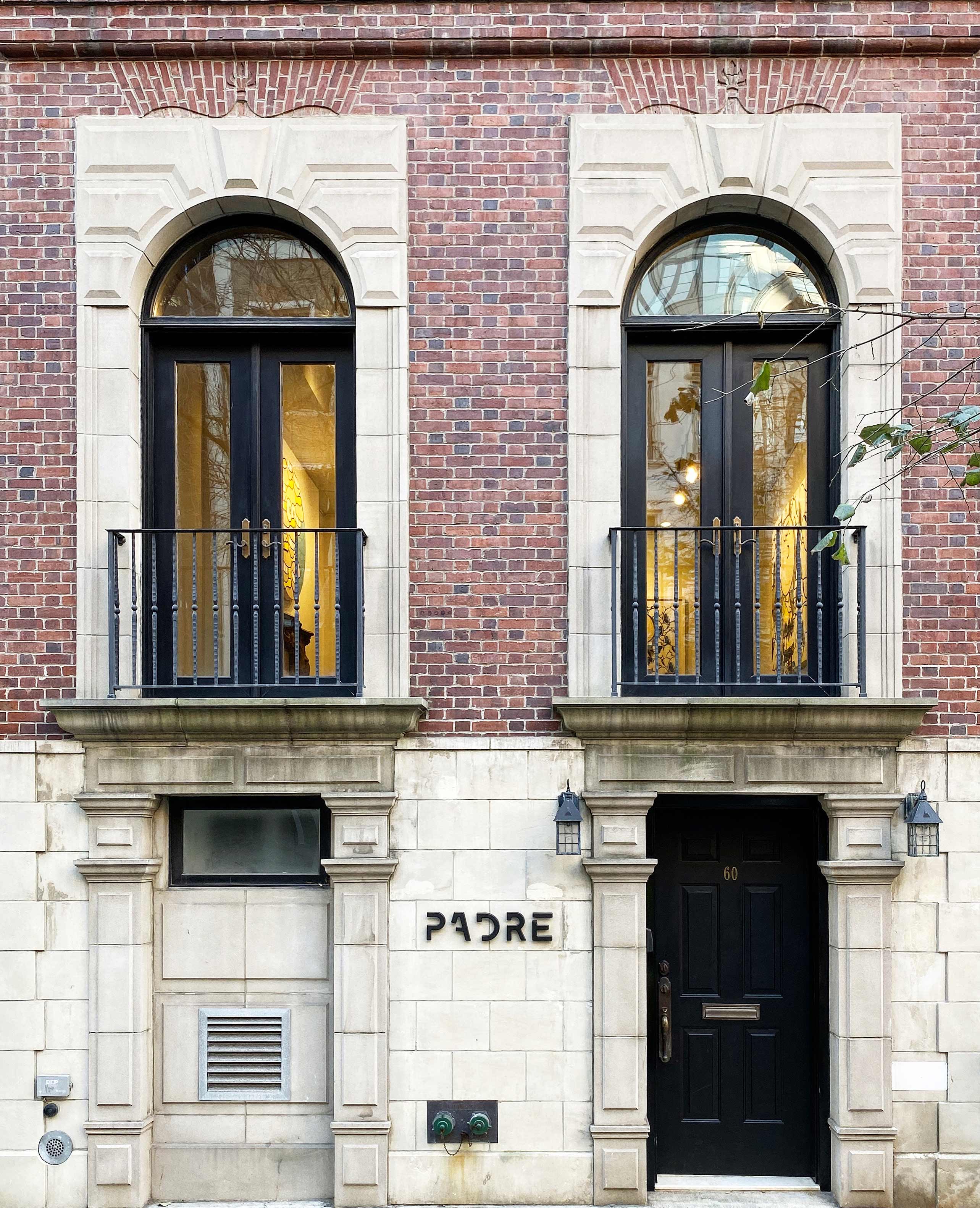 With the Madrid Art Week hangover during early March and with a full program of exhibitions and projects about to kick off, the pandemic turned upside down the plans of many of the galleries. «It was necessary to act quickly and adapt the business model to an unexpected and extreme situation», says Ignacio Reig, director of Furiosa Gallery in las Letras neighborhood in Madrid. «The initial prospects when the confinement began were of great concern, as the exhibitions and projects that were about to start stopped», Reig continues. At the same time, the Mexican gallery owner Gerardo Sucilla from Heartbeats Art Projects in Mexico City has seen how the health crisis has interrupted the run they had taken in recent months: «Like many galleries that participated in the art fairs in Madrid, the post-fair period was cut short due to all the uncertainty generated by the state of alarm. Some of the sales we had in negotiation stagnated», says Sucilla. «We have had to postpone other projects for 2020, including fairs that have been canceled», he says. The same thing has happened to the New Yorker PADRE Gallery, located in the Upper East Side. « The external projects and the calendar of exhibitions and fairs is where we’ve been affected the most . Several in which we were going to participate were canceled, such as Hong Kong or Basel and we had scheduled exhibitions that we had to postpone», says its cofounder, Pablo G. Villazán.

The months of hiatus have tested the capabilities of every business, artistic or not. The uncertainty about how and when the return would be, the need of continuous content generation and the inability of the galleries to use their biggest strength -the on-site experience-, have accelerated the need to reinvent themselves. Some have signed up for the digitalization of the gallery adapting to 3D viewing room models, while others have had the time to rethink their business model from scratch. «We have always opted for technology, both on our own platforms and on other commercial external platforms we use. It is true that we wanted to push it a bit further and develop a virtual 3D tour so that everyone can enjoy the exhibitions from their Smartphone no matter where they are», continues Pablo G. Villazán from PADRE Gallery. Just like Furiosa Gallery, which since the moment it was conceived, less than a year ago, they did so with a 360º vision: «From our beginnings we generated a virtual tour and communication and our own online content that aims to create synergies with the physical space and the fairs» says Ignacio Reig. «In the following exhibitions we have given a push to the digital part, including videos, interviews and complementary image galleries. Everything so that the client can live a different experience from home», continues Reig. This break has also implied a necessary reflection on the direction that the art circuit is taking. «We have taken advantage of this time to reflect on the new reality and how the pandemic will affect the future of art galleries», adds Gerardo Sucilla from Heartbeats. «We are exploring new sales formulas, the viewing of the artworks and evaluating the advantages of technology to approach new buyers and collectors. Of course, we consider this a complement to the physical experience to enjoy the shows, this will continue to be the essential part of the business», he continues. 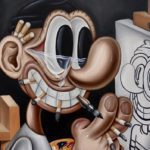 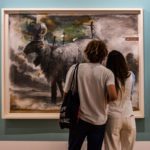 What about the sales?

«Since we are an emerging gallery, we don’t have the data to know if with the normal situation, involving physical openings, we would have been more productive concerning sales», says Ignacio Reig from Furiosa. «But it is true that we have seen that the sales and interest in certain kind of works has been higher, especially if we talk about neo pop, lowbrow and Street Art pieces. Perhaps because digital content reaches a younger audience», he continues from his gallery in Madrid. During the quarantine, many artists have seen the sales of their works increase, either through their galleries or directly thanks to their personal networks. «From our side, we have not experienced that increase in sales that some artists have had personally», continues Sucilla from Mexico. «If it has occurred, I think it has been for artists who have taken advantage of their social media and other platforms to show their works so they have been reached directly», he adds. 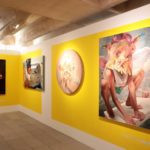 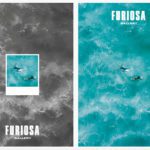 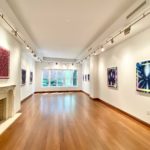 «Sales have always been there for us, we are very happy with the high demand from collectors and collections, however, in the quarantine period, we have been much more concerned about tackling solidarity projects. We wanted to help those who have not had an easy way through this crisis, give visibility to disadvantaged minorities and also to emerging artists. Above all, our efforts have been focused on projects that could raise funds for health aid», says Pablo G. Villazán from New York. Solidarity proposals but also setting up new synergies and connections between artists and galleries, as Ignacio Reig says: «Furiosa’s annual program has undergone some dates adaptations, but a positive part has been the opportunities that had arisen: we have been able to access artists with whom we really wanted to collaborate and this period has allowed us to prepare exclusive projects for fairs and exhibitions» he continues. The Mexican gallery Hearbeats, although it has been affected by the pandemic, recognizes that the effort is now in adapting to this new normality through new artistic proposals: «We have been in conversations with other galleries with which we have generated a good relationship and we hope to be able to carry out collaborative projects in the future. I think synergies between galleries can help to better deal with this crisis», says Hearbeats Director Sucillo.

Since Madrid entered Phase 1 on May 25th, the galleries were able to reopen by prior appointment and since Phase 3 with a reduced capacity to 30% added to all the relevant security measures. «Our first post pandemic opening will be on July 2nd with a very intimate solo show by Irene Cruz under the PhotoEspaña program umbrella. To avoid crowds and work under the maximum security measures the opening events will be lasting three days, and each visitor will be able to see the exhibition in a personalized way. Additionally we will have a virtual tour, with exclusive digital content and interviews with the artist. In September we will open the artistic year with a duo show with Mico Rabuñal and Marina Capdevilla», says Reig about today’s opening at Furiosa Gallery. On their side, in New York, PADRE Gallery has just been able to open. «We have opened by appointment starting this week and always following all security measures», says its cofounder Pablo G. Villazán. «The next big thing to come to the gallery will be a group show called “Dream Makers” during the months of July and August with a dream line up: Ana Barriga, Adriana Oliver, Edgar Plans, Zurab Tsereteli, Baldur Helgason and Ru8icon», adds Villán. In Mexico the situation seems to be a bit more complicated since they are in the midst of the pandemic expansion, «we have several projects, although we cannot confirm anything as they depend on how things will develop in Mexico in the coming weeks. At the moment, it is very difficult for us to determine when we will be able to reopen, also our artists are confined and working from their homes», says Sucillo from his gallery located in Mexico City. «At the same time we are doing some moves in Spain, and we already have confirmed a collaboration at the Kronos Art festival in Barcelona during October and in Madrid we will have an exhibition with artists Escoto + Carrara at the CEART, in Fuenlabrada», concludes Gerardo Sucillo. 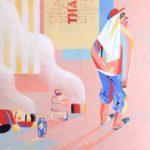 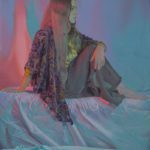 ‘Beholder’ by Escoto+Carrara at CEART Fuenlabrada