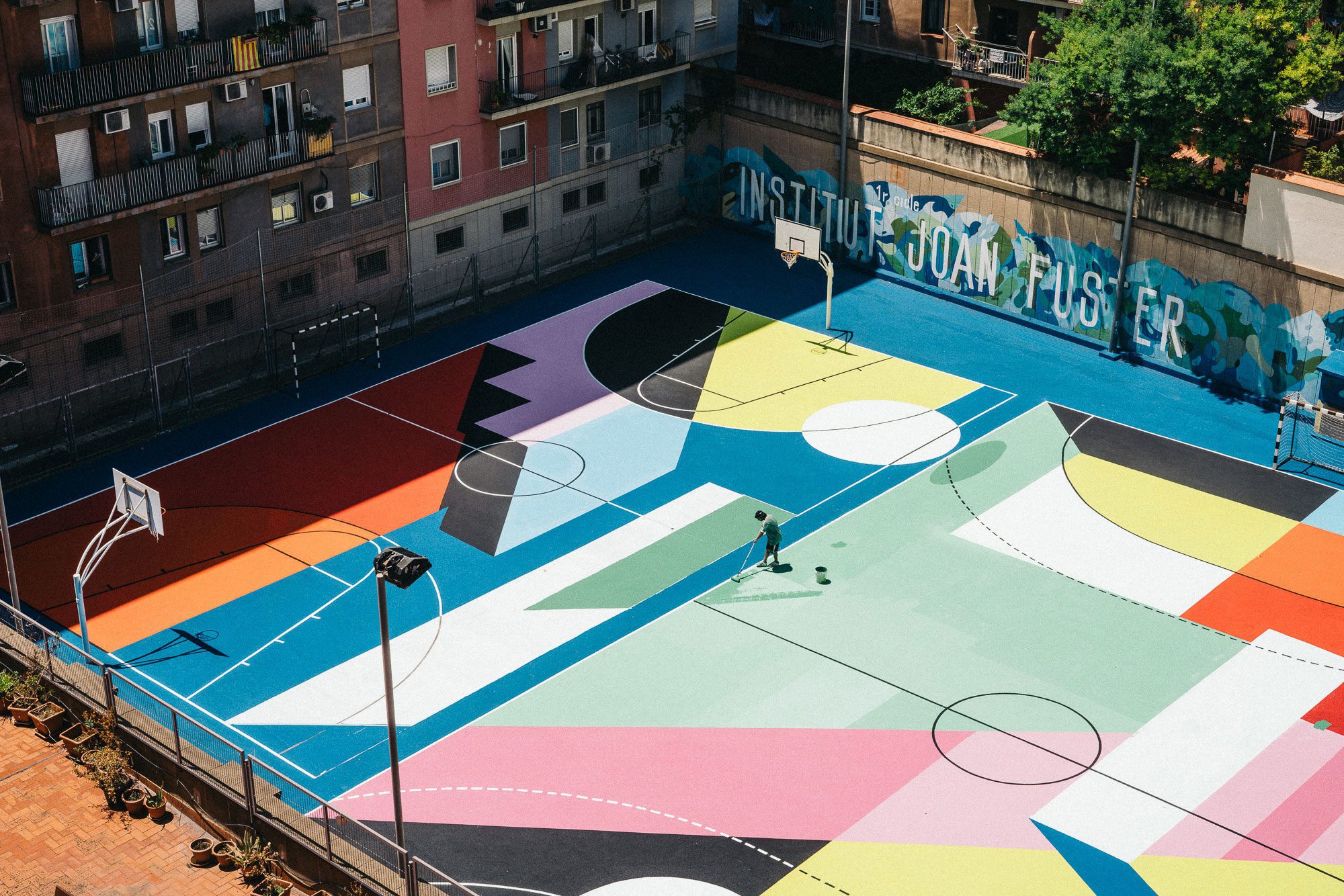 A project curated by Urvanity Projects and B-Murals for adidas Originals.

Artistic freedom, creativity, collective work, pieces made for exhibitions, artistic interventions… A collective project of Urban Art, but above all, great teamwork. Thanks to the team involved in the project and everybody who participated, Change is a Team Sport comes to an end with the project’s second residencies.

The muralist and illustrator Marina Capdevila, (Tarragona, 1985) and the visual artist Mur0ne (Basque Country, 1979) take the project over from Nicolás Romero (Ever) and Octavi Serra and start their residency, marked by the enthusiasm of getting back to the streets and the creation of two great mural interventions.

Their artistic languages go from abstraction to figuration, Mur0ne being the creator of shapes and colors and Marina the creator of the message, a message in which the new beauty standards are represented through the elder. Through their work they made a statement, transforming the preconceives space on a physical and mental level. The second part of the residency with Muro and Capdevilla kicked off by creating works for the exhibition that was to come and meeting the collectives they will work with and with whom they will develop the mural interventions at B-Murals. 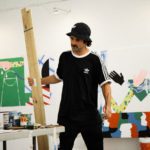 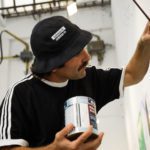 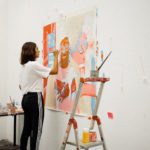 MEETINGS WITH THE COLLECTIVES

Giving voice, listen and create… In Mur0ne’s case, as he couldn’t meet the I.E.S Joan Fuster high school’s students in person (the space where his intervention was planned) because of the current circumstances, we established two direct channels of communication with the students : One one hand we shared a questionnaire with the pupils in order to send suggestions and ideas for the court’s design, and on the other hand the school’s Physical Education teacher whose function was to be the intermediary who provided Mur0ne with the guidelines on how to create a design which adapts to the social and sportive needs of the court.

Marina, on her side, met her collective at the Nau Bostik space. Her group was conformed by of people from different social entities of the same Nau Bostik’s and the Sagrera’s community, who had the opportunity to talk about their perspective and their work during the last years and the importance of art and culture in the space and neighbourhood. This meeting gave Marina the needed guidelines to create her mural’s design representing the community and that talks about teamwork and the fight for keeping and promoting culture in the Sagrera area. “Together the local community restored and created the Nau Bostik. They have been working for years together and fighting for the neighborhood and to conservate and promote culture in la Sagrera. We are a team who stands for equality and the transversality of culture and art for everybody”, says Marina Capdevila. 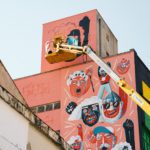 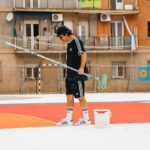 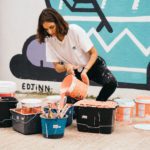 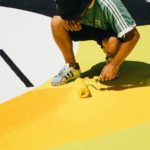 Marina’s mural intervention, on the Nau Bostik’s central hall was inspired by her meeting with the collective and in line with her imagery, portraying elder people, fists outstretched, ready to fight for equality and towards the transversality of art and culture as a banner of today’s society. A wall that really moved Marina and the members of her collective, who felt represented by her work.

The I.E.S Joan Fuster’s sports court, was a challenge for Mur0ne and his team. A huge floor intervention which on one hand should maintain the court functional purpose and on the other be a recreation space for the centre and its students. After a few days of work and a great physical effort, the coloured shapes finished forming on the concrete of the court, creating a completely new space, dominated by color.

The impact of this interventions has already been seen through process and final images, but it will be in September, when the new course starts, when we will be able to see the impact it has generated on the students of the center. 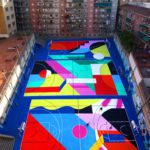 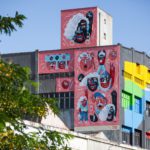 Change is a Team Sport has closed with an exhibition at B-Murals’ gallery space and will be open to public from July 1st to July 12th, showing the works of the four artists working on this residency: Octavi Serra, Nicolás Romero (Ever), Marina Capdevila and Mur0ne.