The challenge of Urban Art festivals 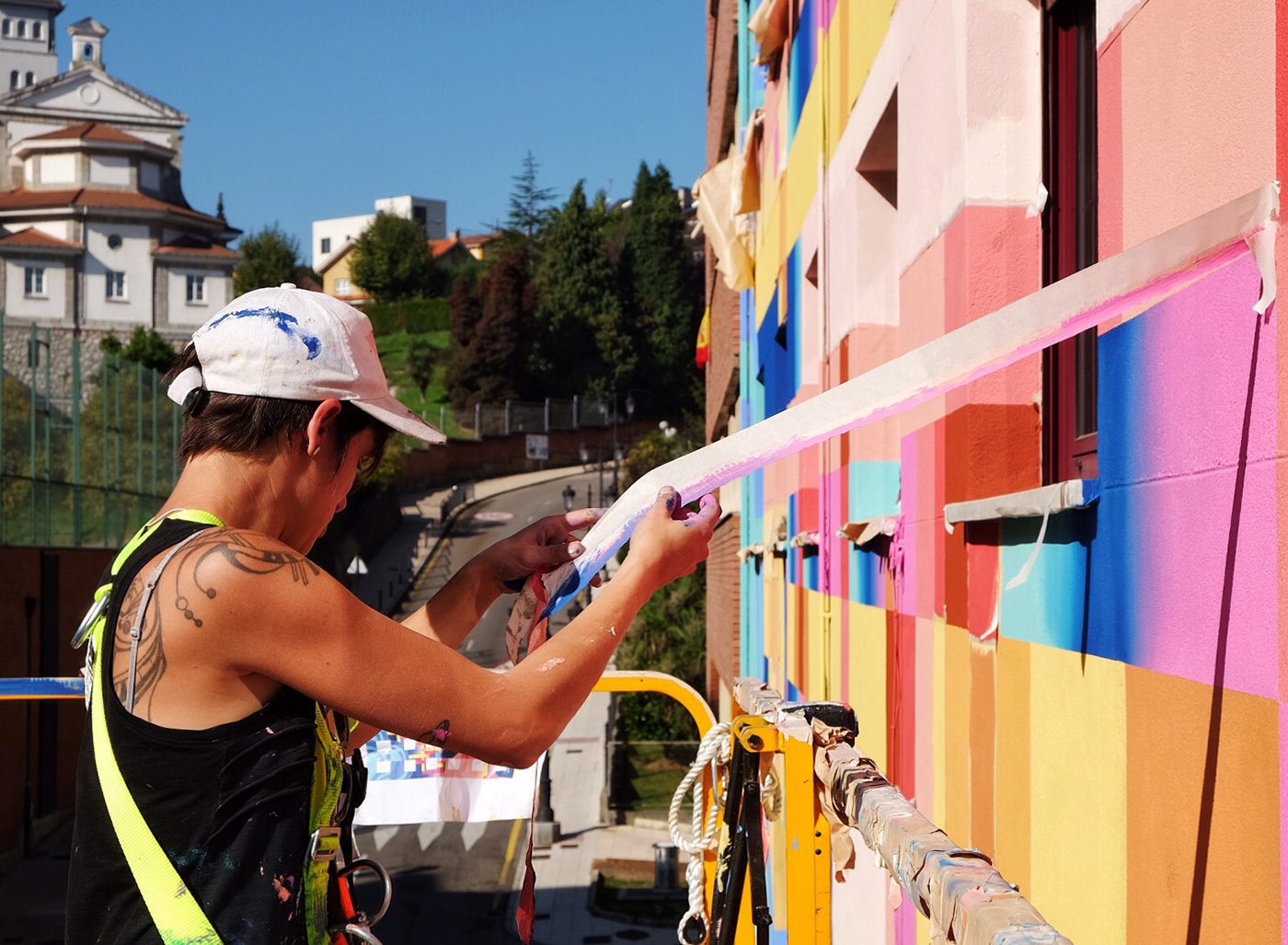 Asalto Festival in Zaragoza, Rexenera in Galicia and Parees in Oviedo are the three flagship festivals of muralism and art in the public space in Spain. Artists such as Aryz, Case Maclaim, Lidia Cao or Bosolleti have left their trace at Rexenera, representing the urban scene from Galician to international artists and putting Carballo (A Coruña) on the map, favoring its cultural tourism and «as a rehabilitating agent against the urbanism ‘uglyness’ using the streets as a space for dialogue and artistic expression», they say from the festival. Last Sunday 26th, this year’s edition ended with Xoana Almar, Sabek, Elisa Capdevila, Reskate Studio and Sokram. The line up for Parees is still to be confirmed but so far we have seen Matth Velvet, Mina Hamada, Agostino Iacurci or Udatxo passing by Oviedo in the recent years: «The walls tell the history of their cities and build the symbolic identity of their inhabitants», they say from Parees. And they do so through a participatory process, linking the interventions with the reality that surrounds them through a team of artistic mediators who develop their work by adapting to the needs of the environment. Meanwhile, since 2005 Asalto has been making some noise in Zaragoza, flooding the streets of the Aragonese city with avant-garde and participatory proposals with top international and national artists once a year. A unique artistic and creative experience that put Spain on the radar of Urban Art, being the streets of Zaragoza its best canvas. Anything works: from graffiti, to urban interventionism, digital crafts, photography, muralism, sculpture and even architecture. In these past years their line up was made up of names such as 108, Smithe, Boa Mistura, SpY, Elian Chali, Borondo or Nuria Mora among many others. This year the plan was to celebrate its 15th anniversary, but this edition of the project will be moved to 2021. Look out for their line up for this year’s edition to be held in September.

Art continues and will continue to be present in the streets, now is the time for these urban art festivals to reinvent themselves and adapt to the new circumstances. The result? A firm commitment to national and local artists, reevaluating their work, a return to the small and medium scale format, even though they have never been forgotten, and less festive and multitudinous activities, cancelling concerts and parallel workshops from the programing.

We talked to the people in charge of the three festivals: Sokram, artist and representative of Mutante Creativo, organizers of the festivals Rexenera (Carballo) and DesOrdes Creativas (Ordes) both in Galicia, Luís García from the communication team of Asalto in Zaragoza and Eduardo Crespo, the general coordinator and curator of Parees Festival in Oviedo to tell us in first person the challenges and transformations of these three festivals for this upcoming year.

Adapting to the circumstances: alterations to the program and structure

«We want to maintain the DNA of the festival: interventions in public space in different formats with a component of responsibility, with respect to the environment and teaching Public Art», says Luis Garcia from the Communications team of Asalto Festival in Zaragoza. «This year we have to adapt to the new circumstances by redefining the structure of the festival. This means more interventions and art in the streets and a little less festive and multitudinous activity. We want to find ways to connect neighbors and artists and to be able to continue generating synergies and artistic results based -or initiated- in a common process», he continues. On the other side, the Parees Festival (meaning ‘walls’ festival) in Oviedo remains faithful to its impel to provide the city with high quality murals based on participatory processes that contextualize these works with the environment. However, this year the structure itself and the program of the festival have also been modified. «The most significant thing is to avoid mass meetings, so we had to cancel the social part of the project, which are the workshops and parallel activities as the “Mural Painting for elderly people workshop” where we work on the historical memory and create a final collaborative mural inspired by old photographs. We also had to eliminate the “Families Workshop” a intergenerational project which seeks to approach participants to the mural art technique and finally we also had cancelled the bicycle route between the walls», says Eduardo Crespo, Parees Festival’s coordinator and curator. The same has been said by Sokram, the second part of Mutantes Creativos, who together with his colleague and also artist Mou, are in charge of organizing Rexenera and DesOrdes Creativas, both Urban Art festivals in the region of La Coruña, in Galicia. «We cancelled the master classes, workshops, conferences, round tables and concerts that we organize every year, limiting the festival’s activity to the production of murals itself. As a result,  this implies a staff reduction since certain figures have been eliminated, such as sound technicians, artists who give the classes, speakers, musicians, waiters…», continues Sokram. 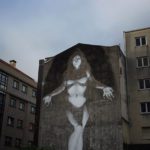 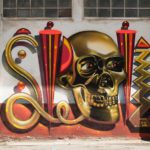 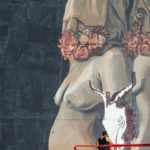 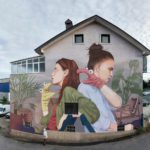 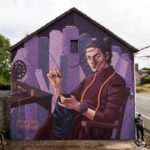 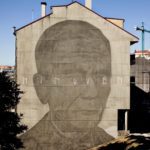 «To complement Rexenera Festival, and we will also do so at DesOrdes, we have proposed other types of activities such as Instagram lives with the artists from their walls to talk about the work process, the concept of the mural, their influences and their experience. We will maintain the guided routes of the walls but limit the number of assistants and incorporate all the security measures. We also created a “Gold Search”, a game of hidden clues in between murals within the village with which we would like to encourage the assistants to interact with the works», he says. «In this edition, all the murals have been contextualized to the current situation. This means the works presented during the Festival are being created from the distance, originated during lockdown», explains Eduardo Crespo from Parees Festival in Oviedo. «Customized dossiers have been prepared for each artist where information is gathered about the proposed theme for them to work on», he says. Parees will also incorporate this year “Beyond the Mural”, an in-depth look at each work: «There will be guided tours offered by the responsible person of the participatory processes that surrounded the final work. The idea is to share how the wall was originated with the public, its participatory process, the path taken by the artist to develop the sketch and its execution», adds Eduardo. «This year in Festival Asalto we will go back to looking for the small format and urban interventionism in combination with muralism, although we had never completely abandoned it», says Luis from the Zaragoza festival’s communications department. «We may even have performance proposals», he adds. 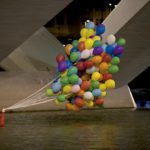 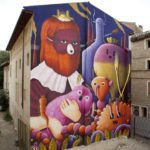 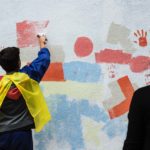 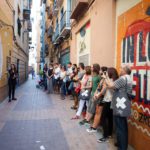 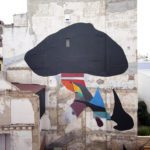 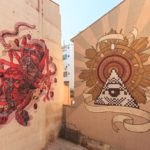 Commitment to the national ‘product’

The coronavirus crisis and the fear of a second shutdown of borders has increased the national product’s value and favored the bet on Spanish artists. The Parees festival has not yet published the final line up, however, as its Coordinator Eduardo Crespo says «since we devised this edition one of the objectives was to promote and pay tribute to these national artists. We decided that in this edition of Parees Festival we wanted to make this new wave of muralists visible and focus on an only national artists curatorship» he says. «Due the dystopian situation this year we have decided to invite only Galician and national artists and to work without international participation», adds Sokram referring to Rexenera and DesOrdes. «We avoid risks, both in terms of security and possible flight cancellations. No doubt we have become more local this year although our policy has always been to to support local and as always we have a quota reserved for Galician artists», continues Sokram. 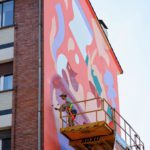 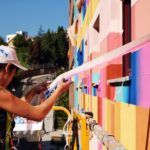 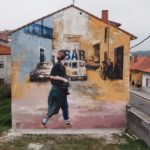 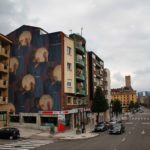 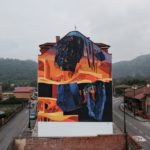 «Urban art, and therefore urban artists, have not suffered much, considering that practically no one lives exclusively out of this. In fact this is a fundamental moment to go out on the streets and communicate. Urban Art should be boiling!», says Luis from Asalto Festival. «Another thing is if we talk about the large muralists and galleries circuit… As in any other commercial environment, you will be noticing a certain slowdown», he adds. «We have been seeing how some festivals have moved from one date to another, others have been cancelled… Therefore, it is even more important to promote this type of cultural activities that can still be offered to the public. Festivals that illuminate, humanize and give color to cities in a moment that people need it most», reinforces the team of Parees Festival. «Moreover, this type of activity does not really pose any risk to public health, since it involves different artists painting each on a crane, each in a different place, so it is easy to manage», adds Sokram about Rexenera.

«We have faith that everything will stabilize, sooner or later… But we certainly believe in this project and that it will be done. In fact we are doing it, and we will continue to do it. Whether if it’s outside or inside, rain or sunshine, in an urban or a rural environment…  The future is now!», encourages Sokram. «We are quite optimistic», they add from Festival Asalto. «This year, in spite of the situation, we have done a lot of activities. If everything finally gets back to normal, we can look forward to some pretty powerful years for Asalto. We must continue to paint the streets. As this year’s slogan says: “Between a sea of glass, doors and locks, a triumph of light and colors”, concludes Luis from Asalto Festival.