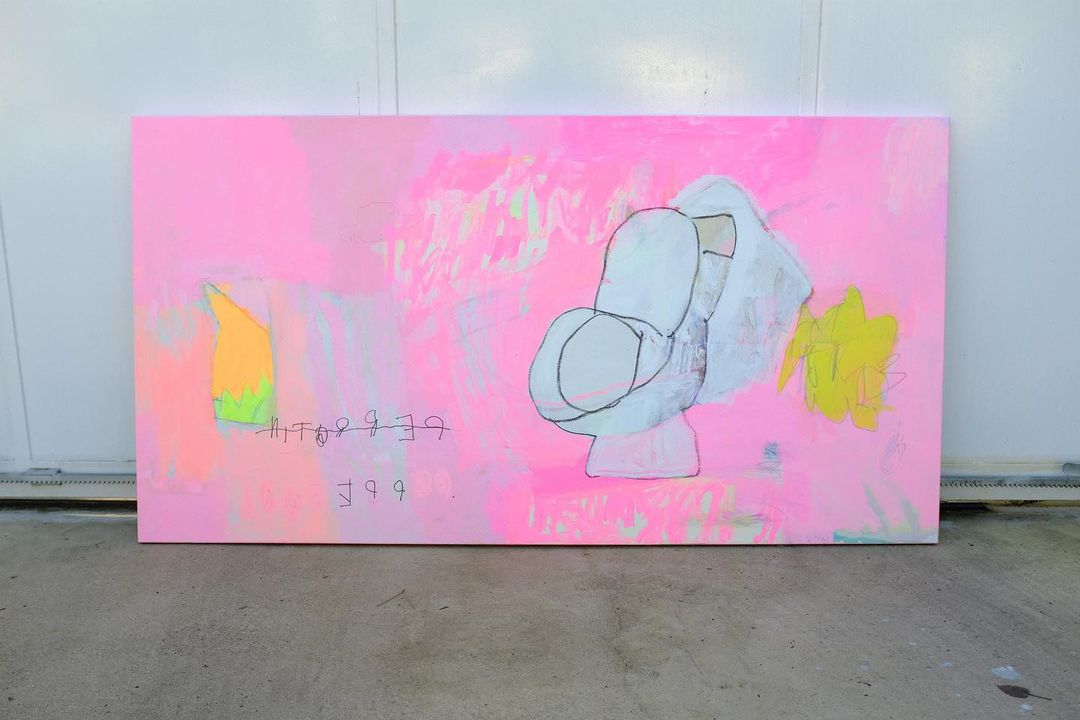 Again this year, Urvanity has been filled with artists that were presented at the fair for the first time, emerging and established artists, that have now become part of our universe. We take a walk among the twenty-seven participating galleries this year to discover some of the works of the artists who have surprised us the most during this last edition. Take note of some of the freshest proposals. 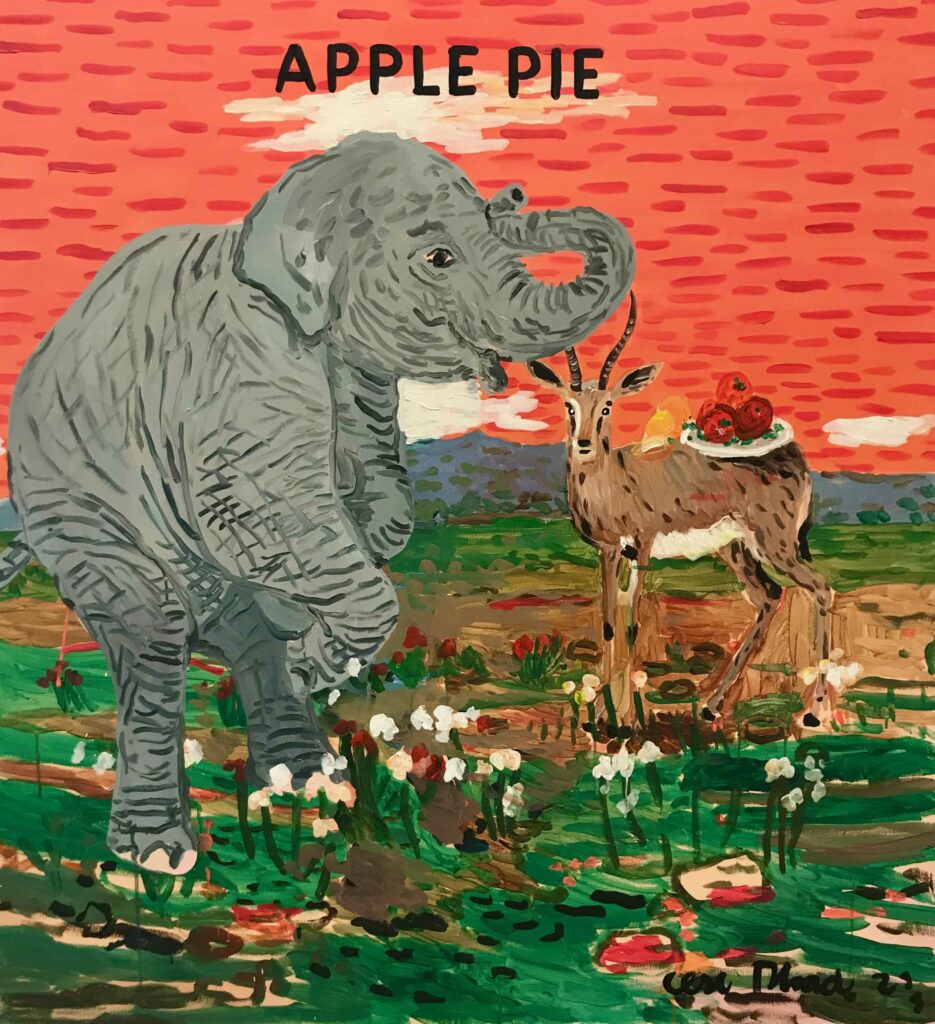 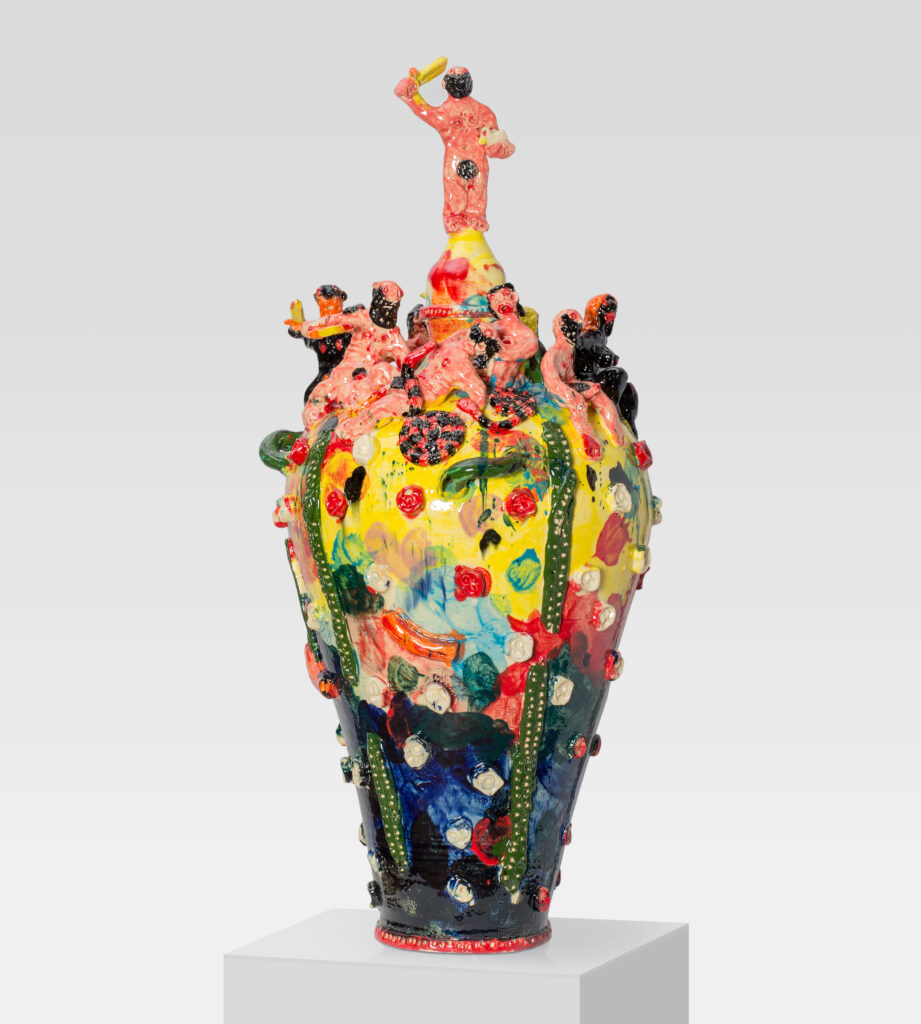 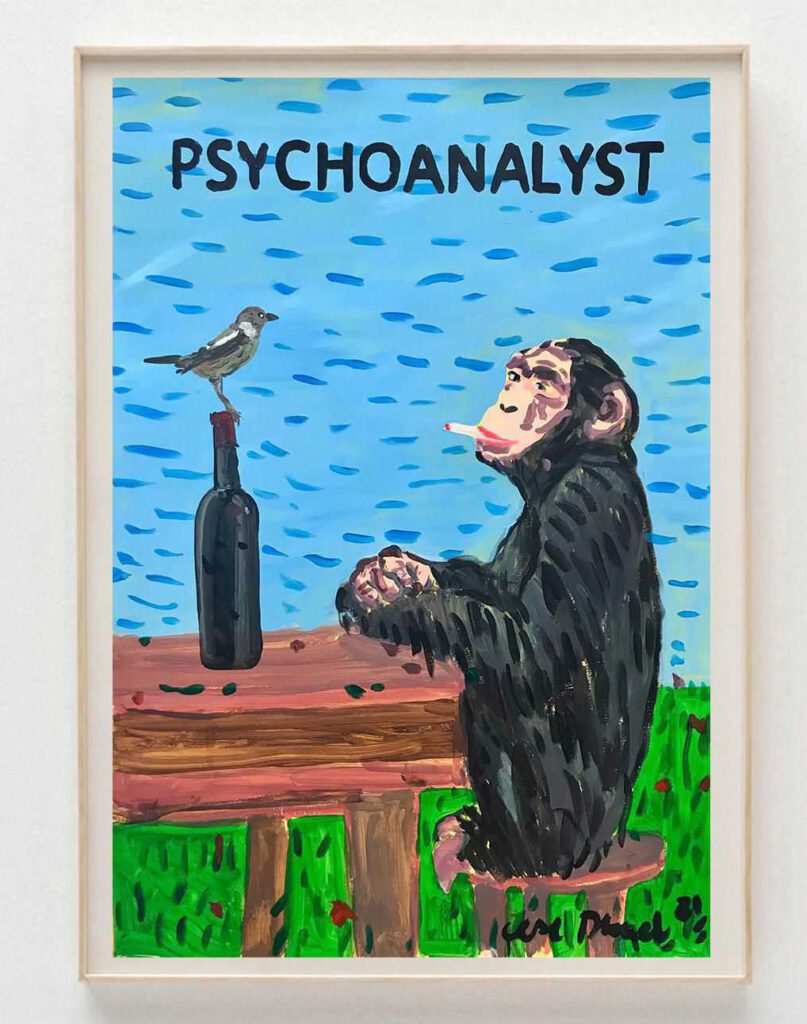 Cesc Abad (Barcelona, 1973) came to the Urvanity’s latest edition represented by gallery Victor Lope Arte Contemporáneo, also from Barcelona. He surprised us all with his magnificent ceramic pieces, primitive, sexual and authentic, and a pictorial work in which the artist has developed a special interest in man and his relationship and effect on nature. After years of studying the great masters of painting, he found his technical tool in the post-impressionist brushstroke and history in symbolism. Abad’s main work is done in large formats using oil and acrylic paint and also, as a counterpoint to painting, ceramics also has a very special place. Follow him closely! 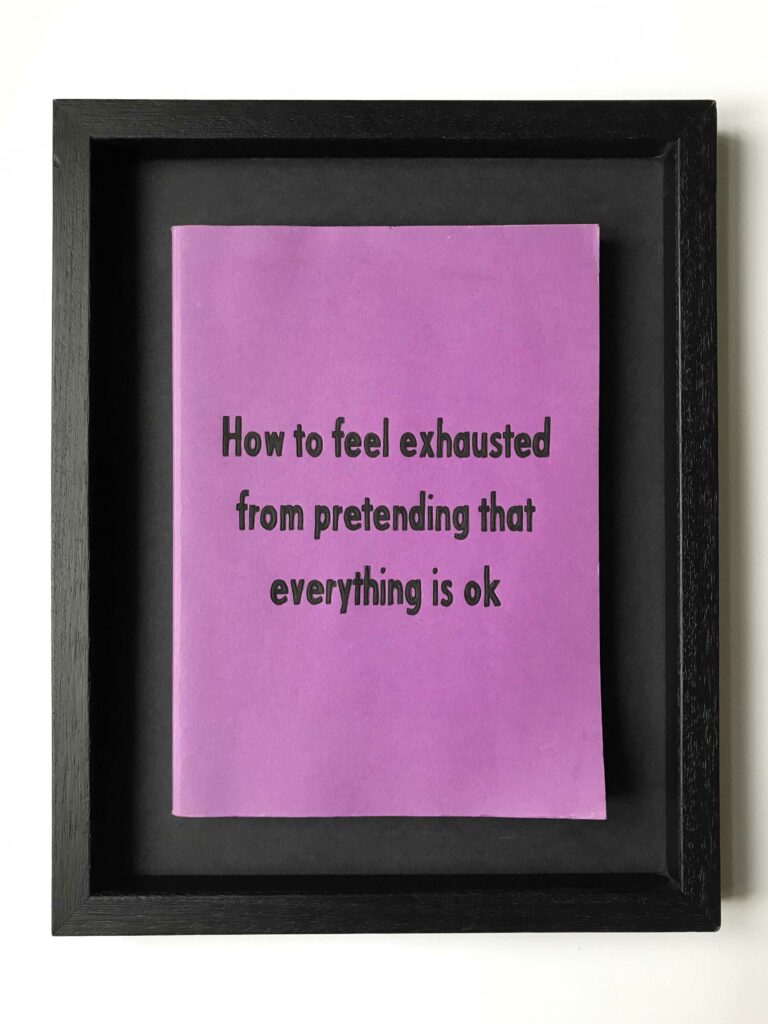 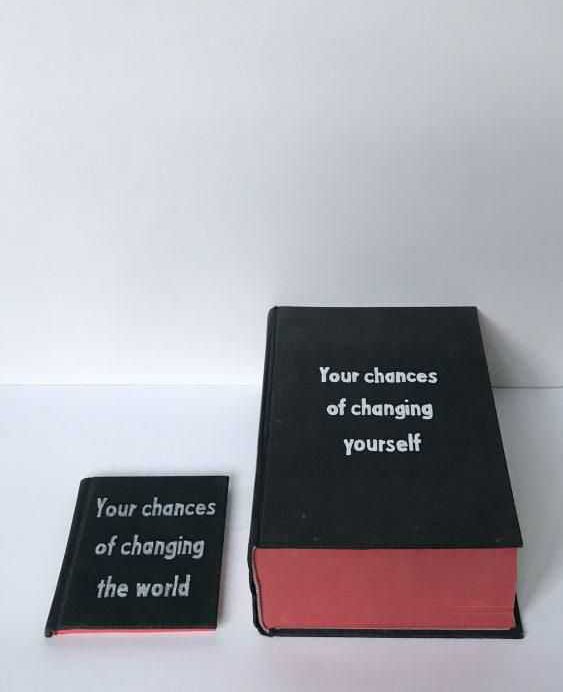 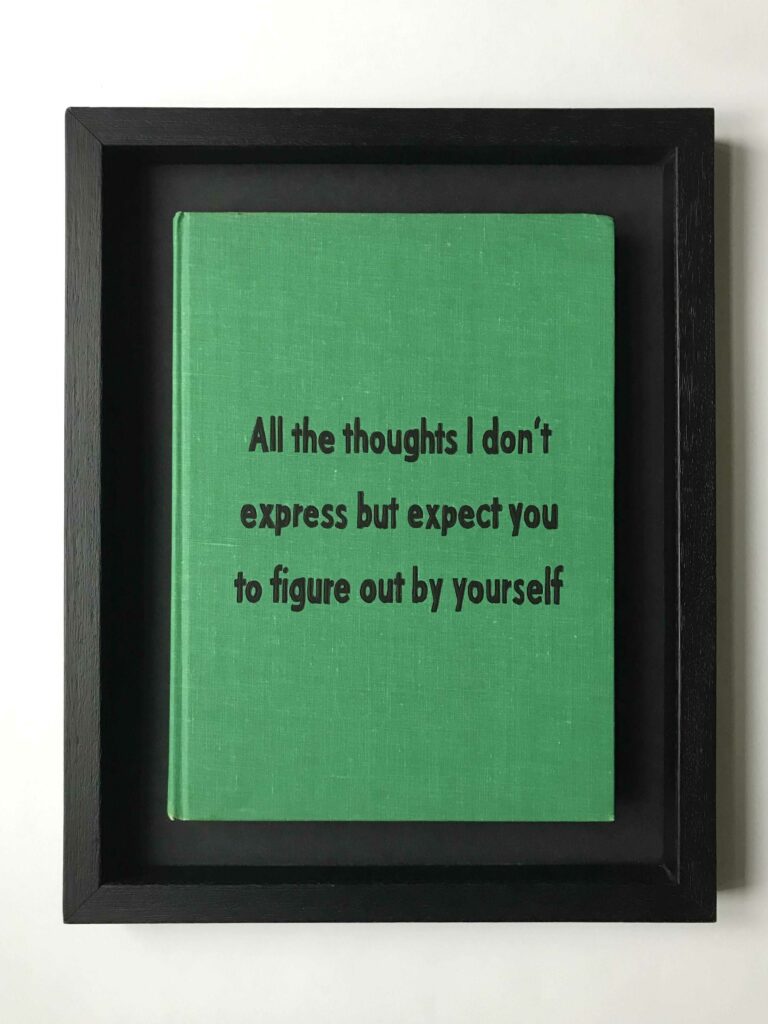 Johan Deckmann (Copenhagen, 1976) is a Copenhagen-based artist, practicing psychotherapist and author whose works examine life’s complications through phrases painted on the covers of fictional “self-help” books. The titles of these books, often filled with biting satire and humor, address life’s biggest questions, fears and absurdities.

Recognizing the power of language in both therapy and art, Deckmann manages to form simple sentences that compress information, feelings or fantasies into an essence, and a truth that has much the same effect as therapy. “The right words can be like good medicine,” Deckmann says. While most of her book titles range from the hilarious to the poignant, underscored by their faded color and weathered texture of 1970s-era self-help guides, readers are taken through a journey of self-reflection and soul-searching as they wander through Deckmann’s entire oeuvre. His psychological practice has a great influence on his art, not only by serving as inspiration for the content of his works, but also as a constant reminder of personal responsibility.

Deckman’s artwork, presented by Marbella’s Badr El Jundi Gallery, was one of the pieces selected by the Casa de Indias Foundation for its acquisition award. 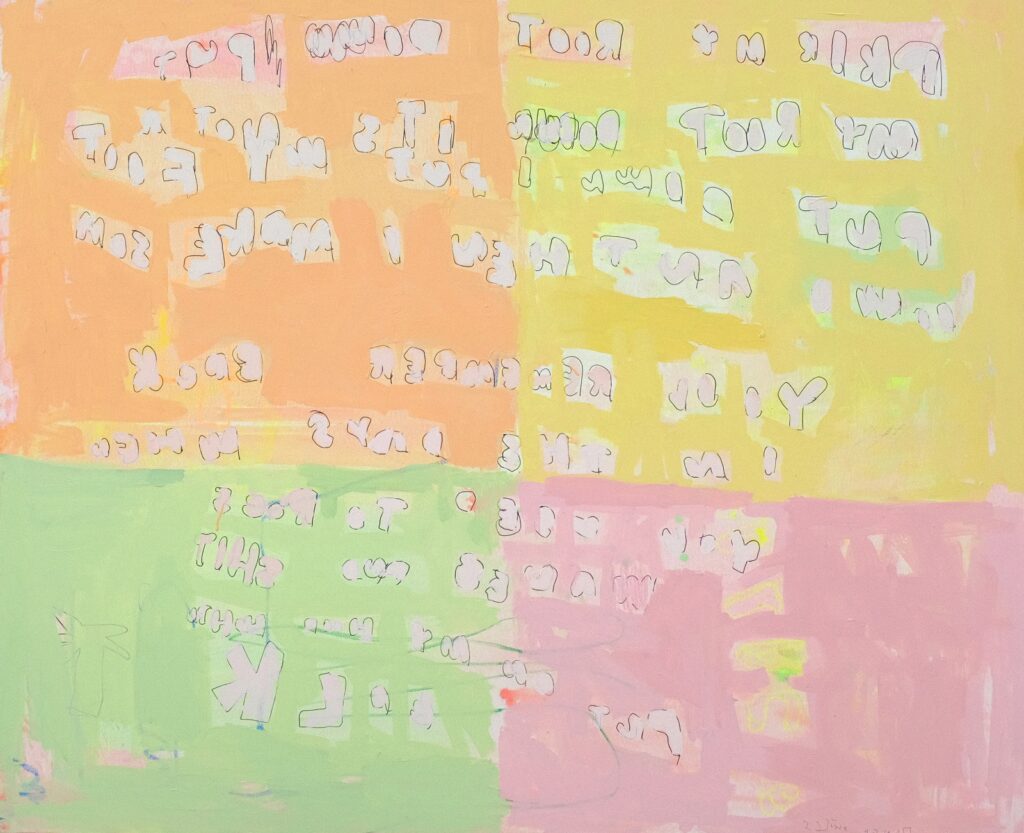 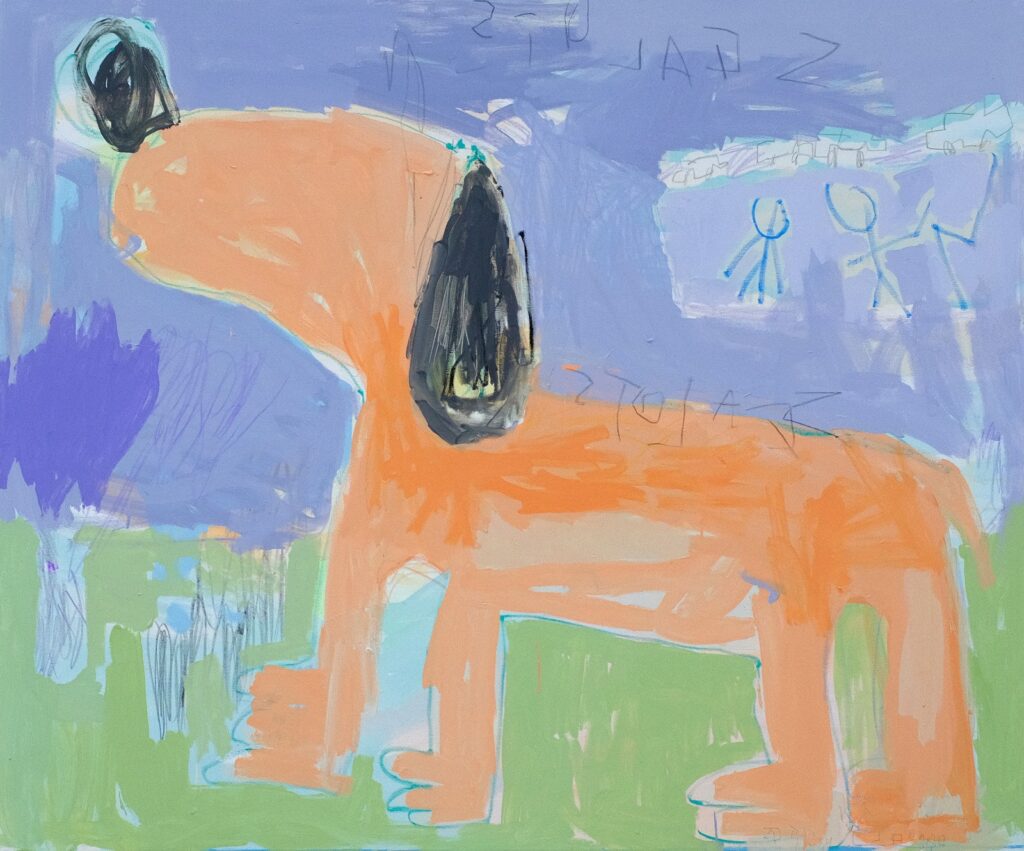 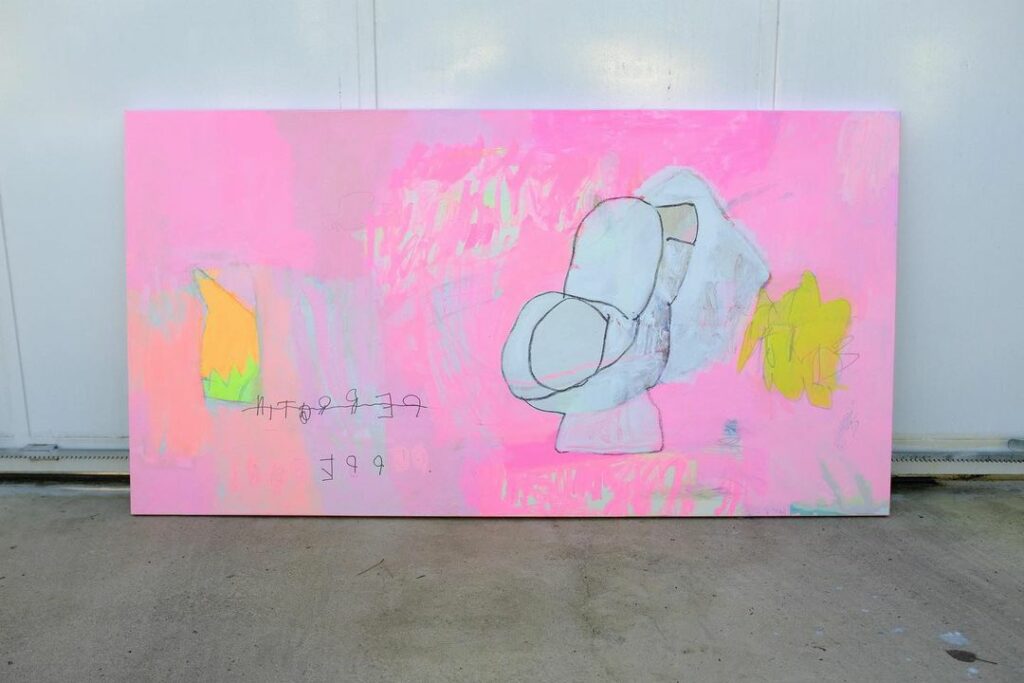 Daniel Núñez (Madrid, 1988) is a visual artist diverging between design and plastic arts. His artistic work moves between styles as varied as Art Brut or abstract neo-expressionism, within the context of urban art and his pictorial supports move between canvases and walls, including installation. This experimentation on the support is the result of constant learning and an almost obsessive need to create. His personal objective is the development of his own language, whose conclusion is the reflection on the traditional discourse of painting, creating a new narrative.

During the Urvanity fair we were surprised by his works with a naive air where pastel colors predominated, along with the rest of artists who presented Alzueta Gallery and in which he uses a vocabulary of symbols of everyday life that surround the artist. The research is developed fundamentally moved by the curiosity to find beauty in the banal, on the language of objects and their impact on the artist’s own daily life. This curiosity produces simple pieces, full of subtleties, that maintain a balanced tension between the material and the intangible. 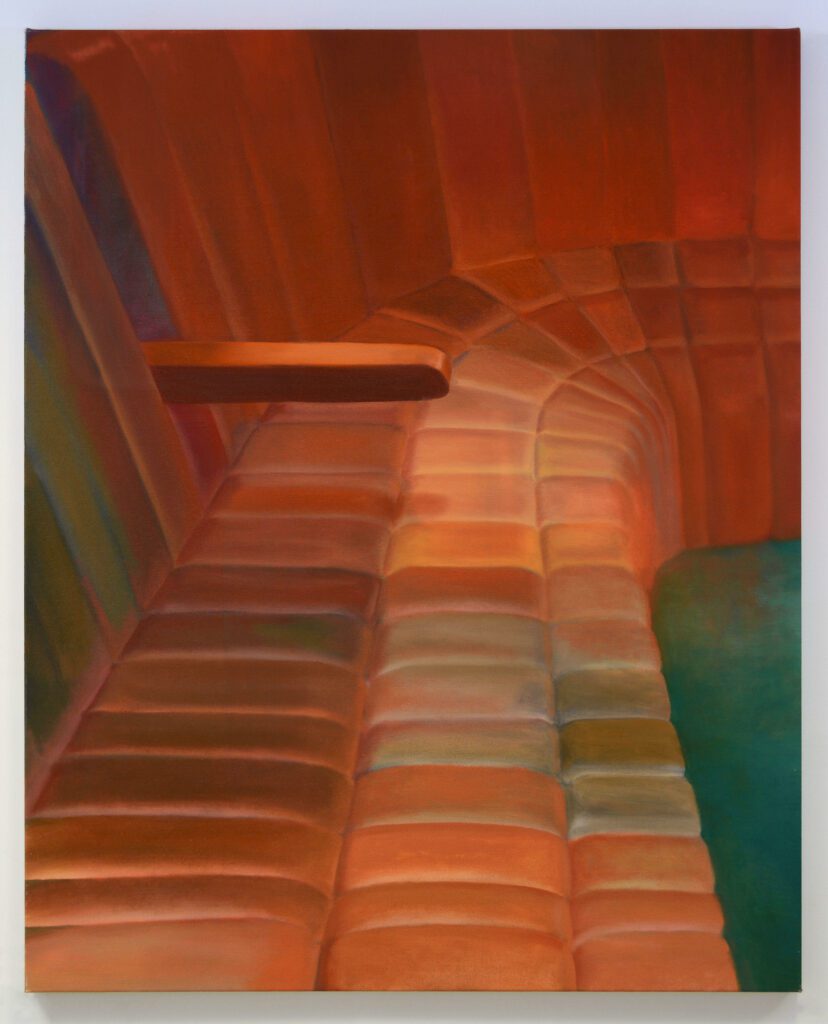 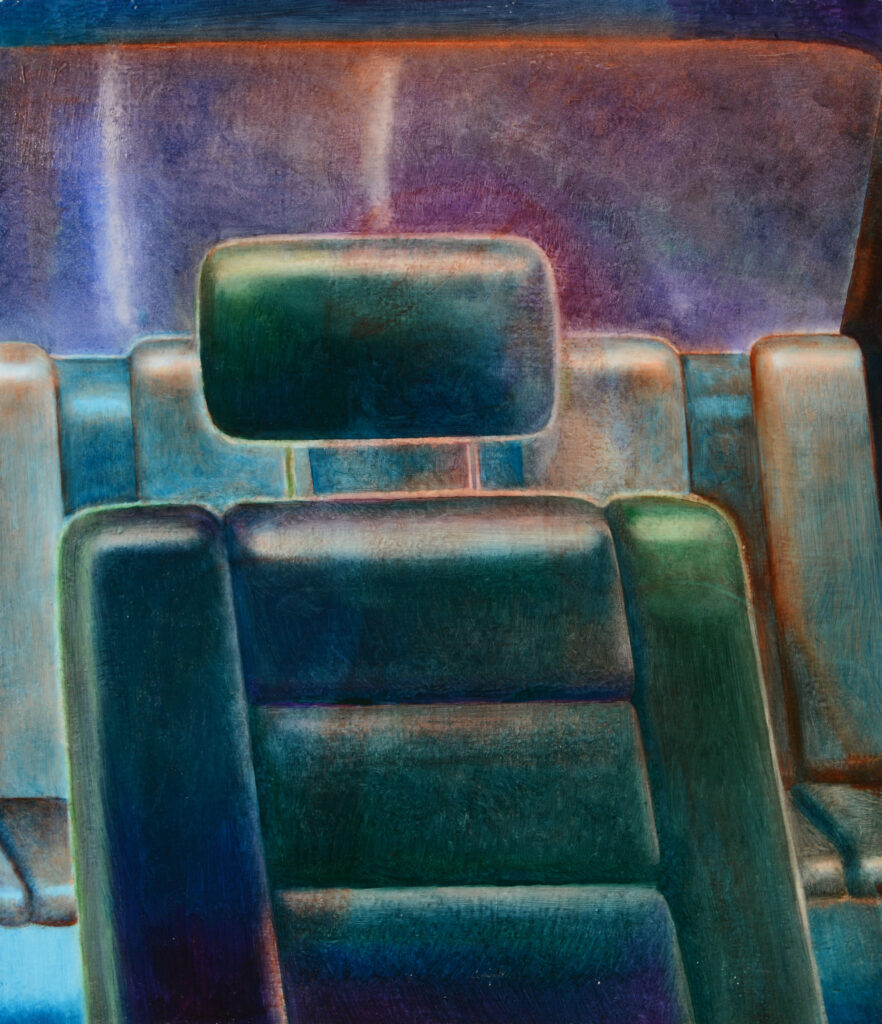 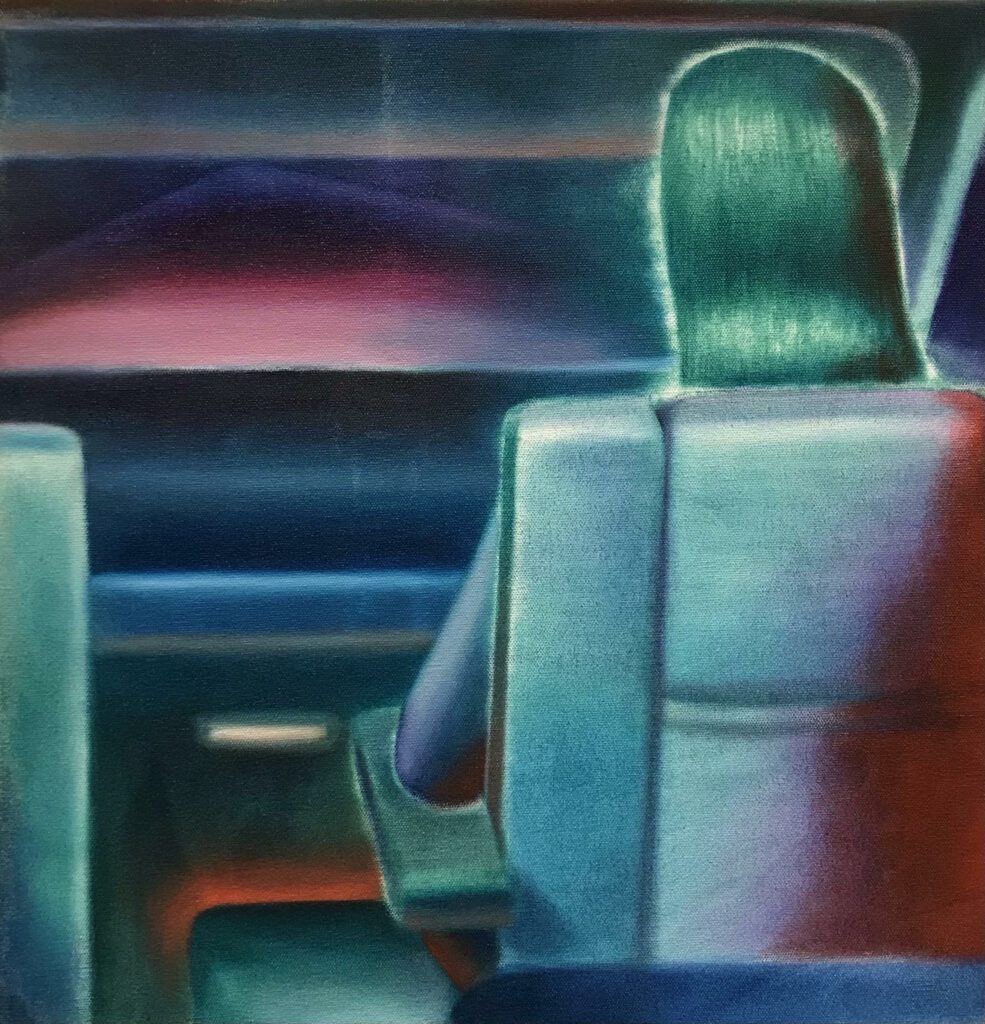 Richard Burton  is a London based artist who works in both painting and drawing and whose artwork has been exhibited regularly in the UK and abroad. He trained at the Royal Drawing School and is currently part of the MA program in Painting at the Royal College of Art.

During the fair we were able to see his work at the stand of the London-based “nomadic” gallery, Lariot Collective to discover the warm colors and velvety textures of his works, which transport us to retro settings, and to discover a fixation of the artist for the interiors of cars, and especially their seats. In addition, his works were selected during this edition by the Solo Collection to be awarded the acquisition prize. 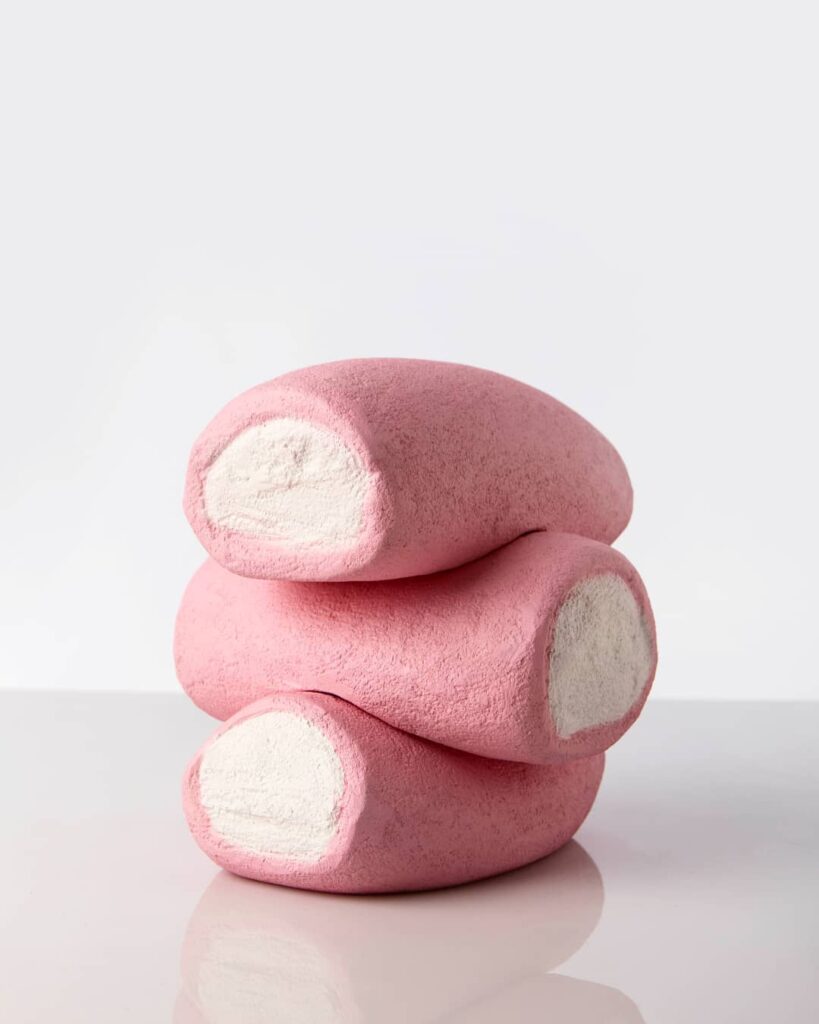 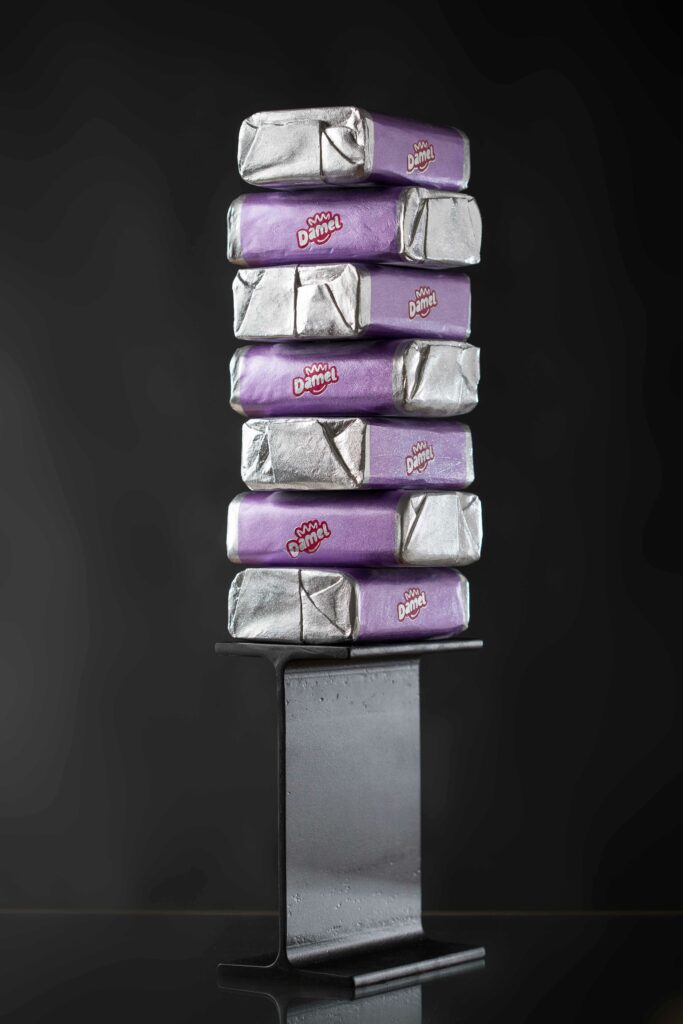 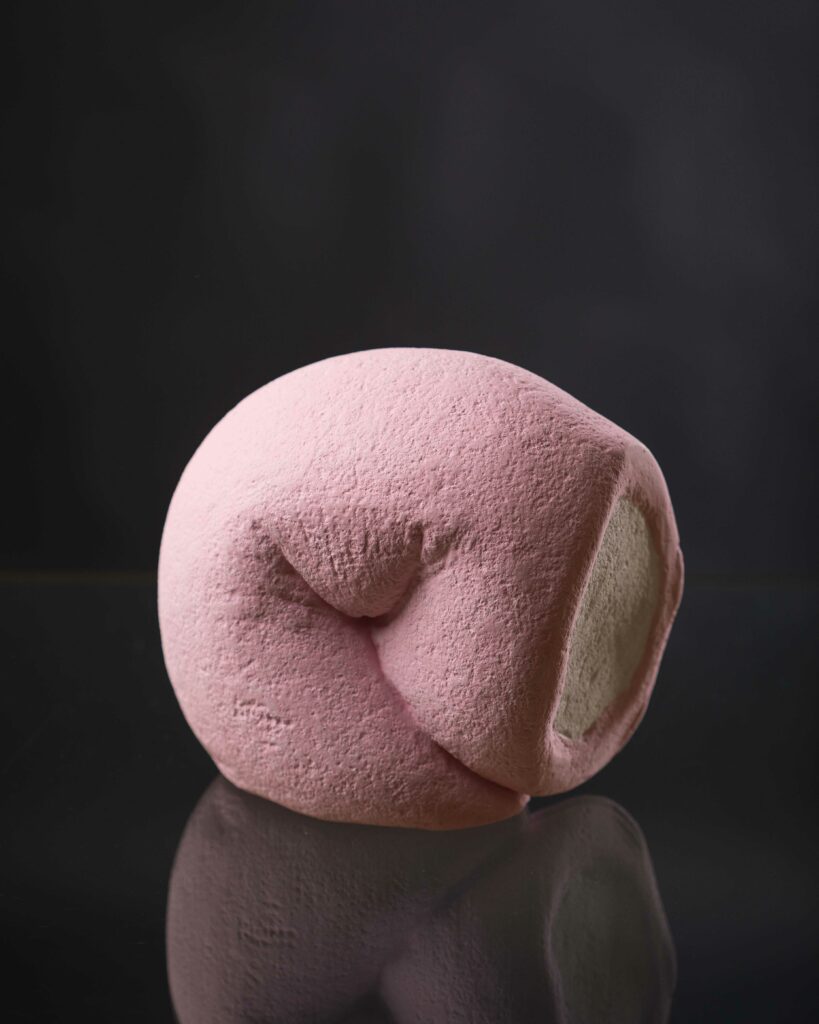 Candy clouds, ‘lollipops’ like the ones we chewed as children, ice cream, erasers and other school supplies… With a very elaborate technique, Mico Rabuñal (A Coruña, 1979) carves objects of popular culture in stone with a surprising realism. His work is framed within Pop Art, although his particular stone carving makes all the products and objects he represents even more special with his chisel.

In 2010 he decided to settle in his home workshop located in Arteixo; where he has been able to freely develop his work thanks to the full dedication and the technique he has learned. Live they will surprise you! 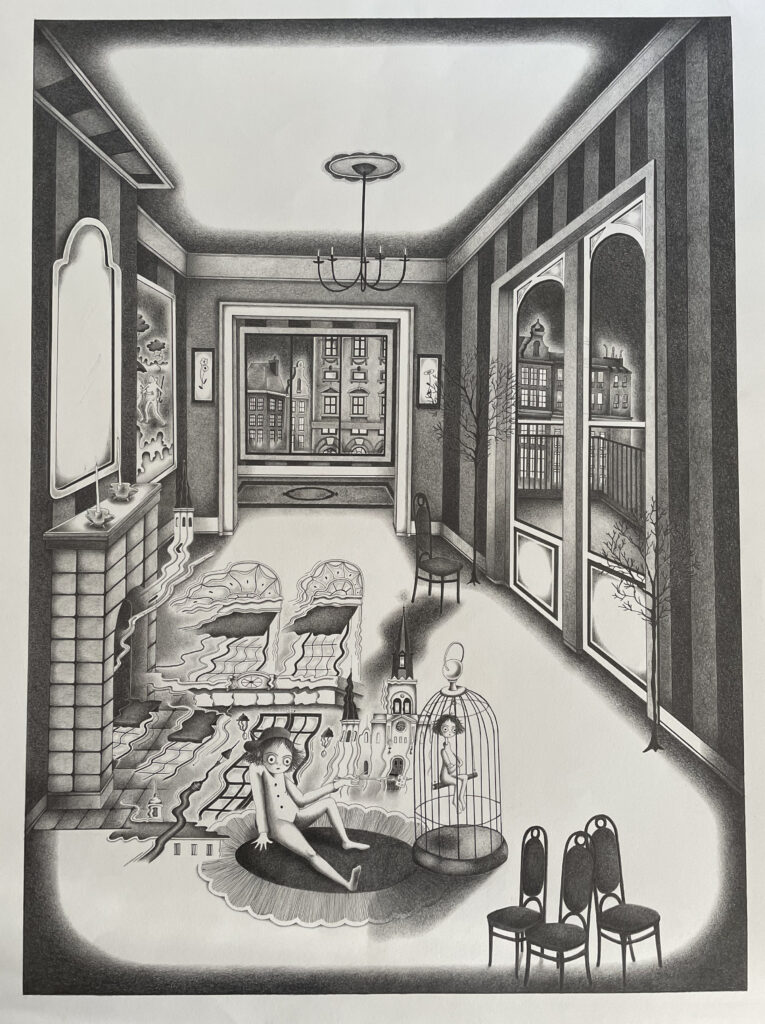 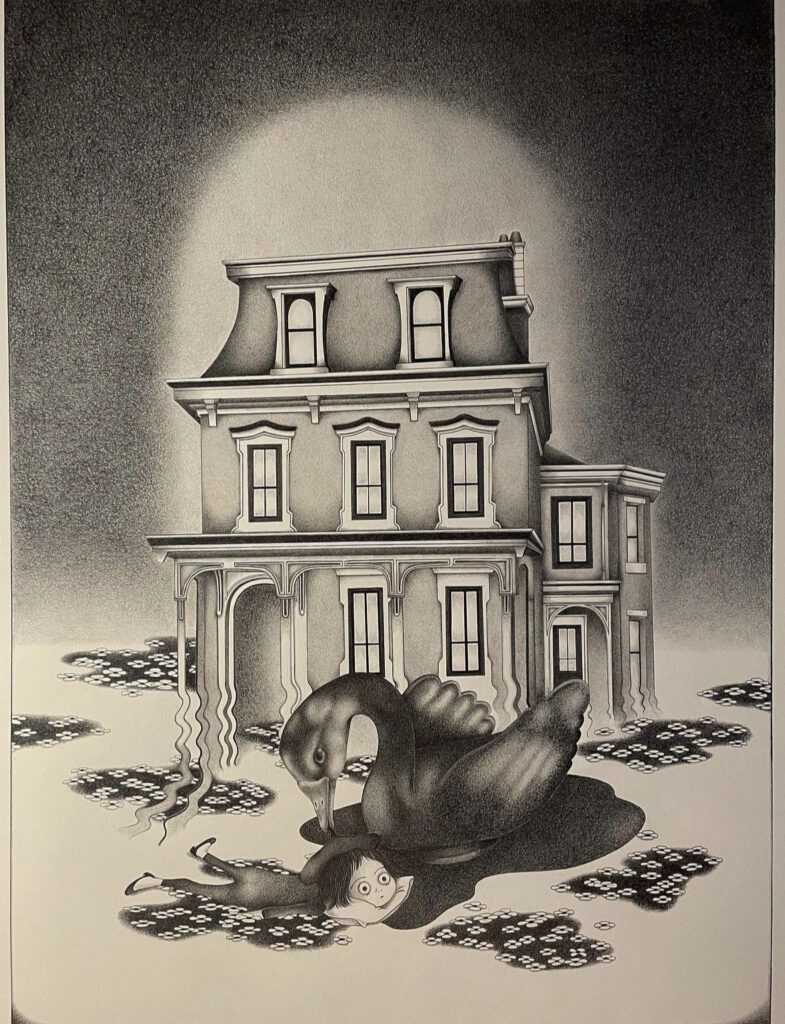 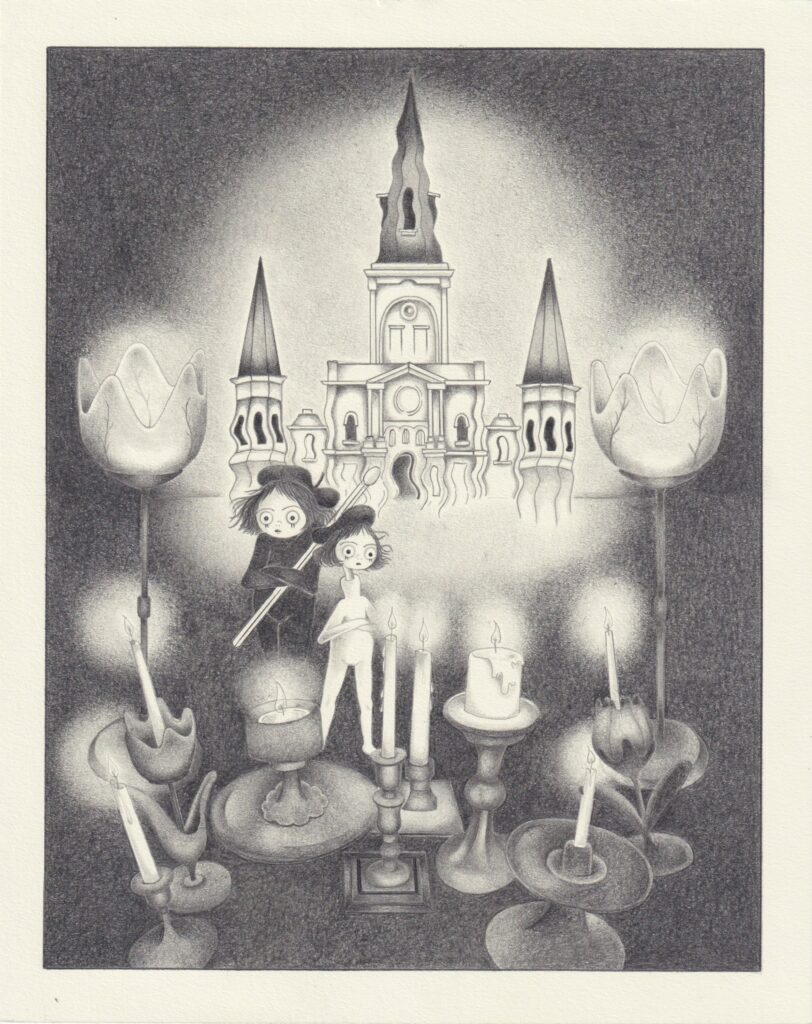 The intricately stylized graphite, pencil and ink illustrations of young artist Isabella K. Cancino (California, 1995), intricately stylized, delve into her most personal emotions. Represented by New York’s Padre Gallery, we were introduced to her black and white work at this edition of the fair. Cancino has been exposed to art and classic children’s literature from a very early age, and began to find her artistic style in this vein, which became her obsession with drawing, while aiming to embody the same classic feeling of the illustrators of her favorite stories. Self-taught, Isabella uses her characters to tell a story that plays with personal emotions and solitary themes and narratives, sympathetic to children and adults alike. Follow her lead! 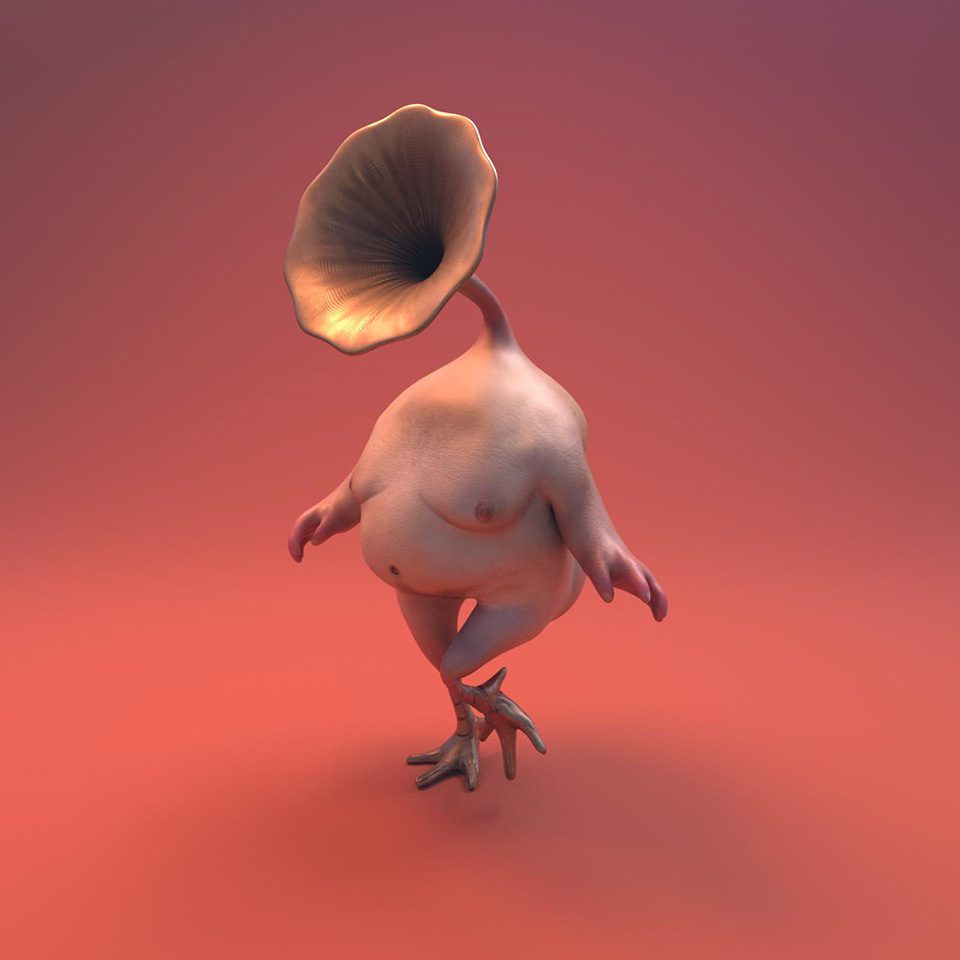 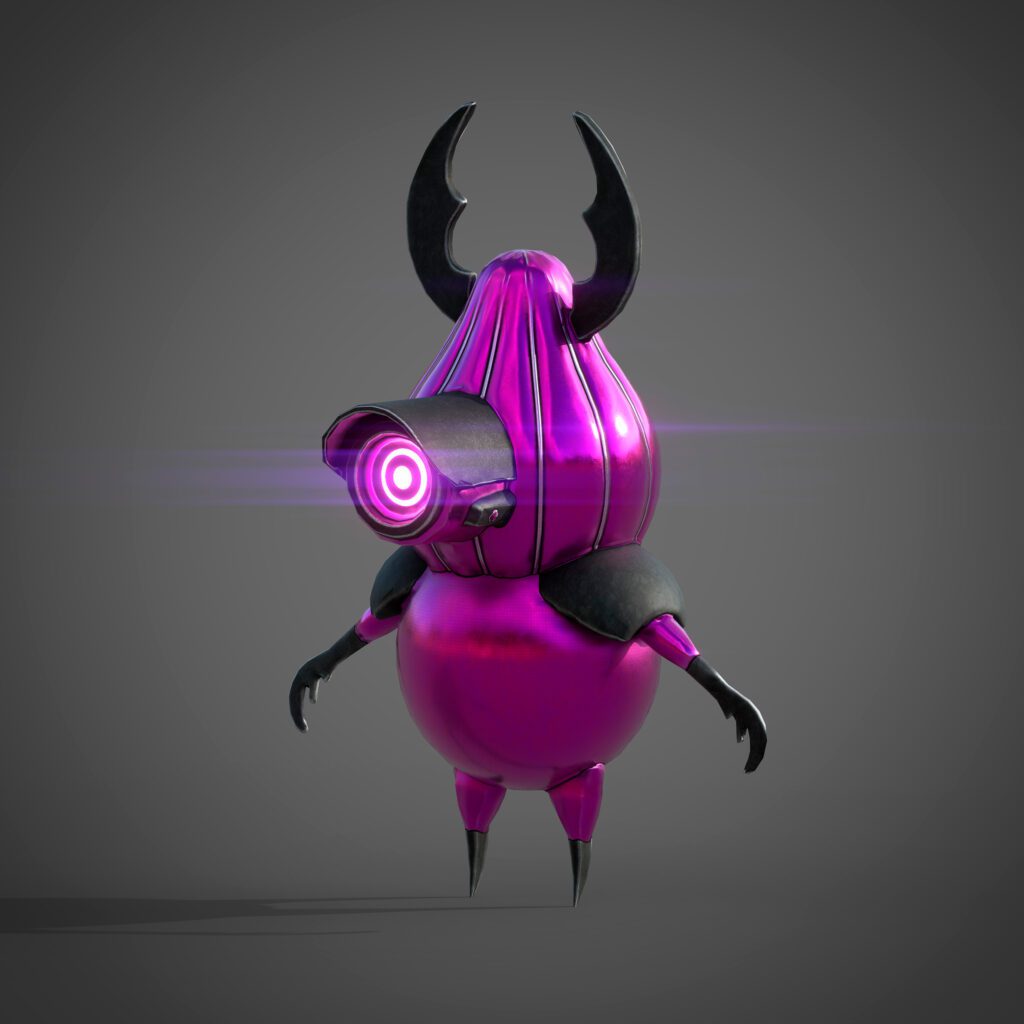 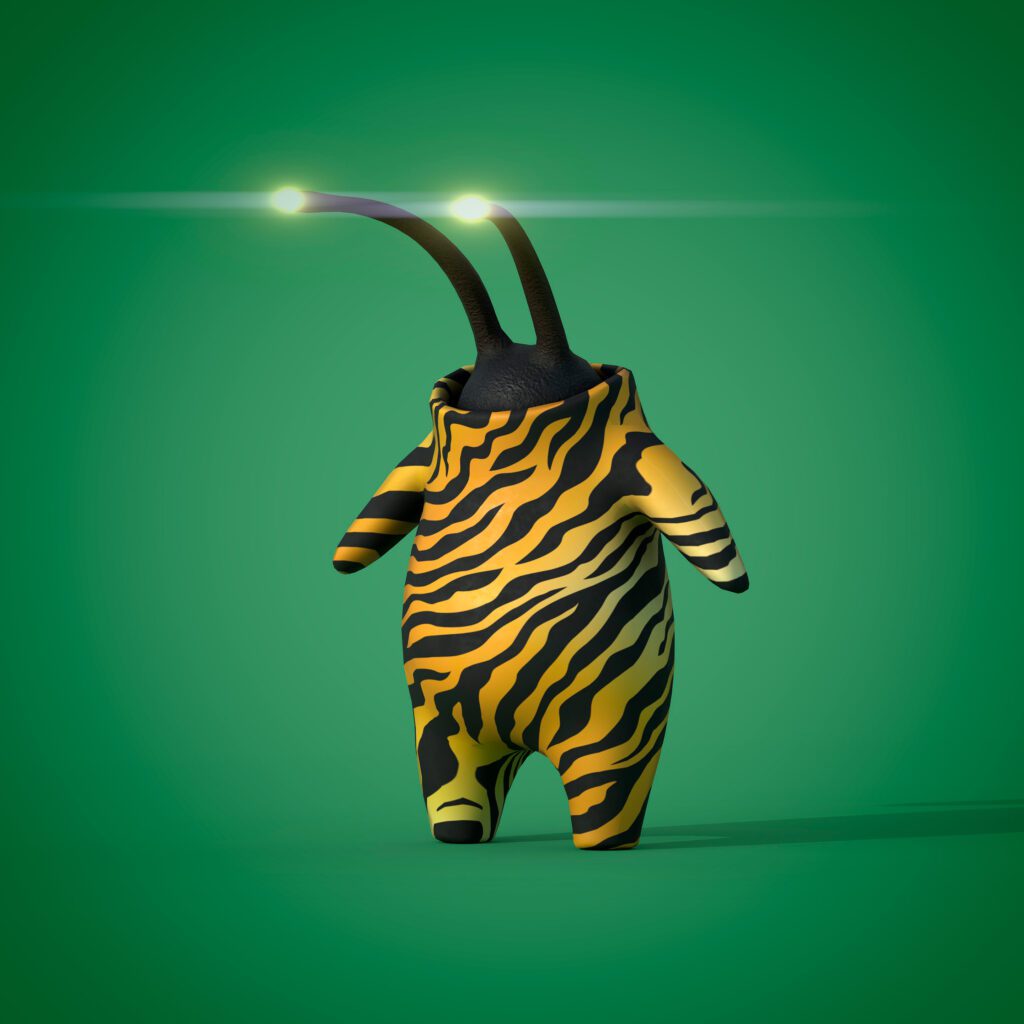 Ton Meijdam, Thom Snels and Béla Zsigmond are SMACK, a collective of designers formed in 2005 that combines technical excellence with a critical approach to contemporary issues. A trend that since the mid-2000s has become known as “design for debate,” and SMACK is among its most interesting new proponents.

Computer-generated images and visual effects, combined with incisive commentary, their animated films address issues such as mass behavior, surveillance, the omnipresence of brands and personal identity in the information age. During the fair, represented by Okaos, the new media art platform, they presented NFT works in which a single figure was the protagonist of the pieces. In addition to being present at the fair, these works were part of the digital art program that we presented together with JCDecaux in which more than 50 digital mupis located in the center of Madrid showed 10-second looping videos of their works.

SMACK’s creations have received numerous awards, and his digital work SPECULUM, an interpretation of The Garden of Earthly Delights by El Bosco with three digital screens interpreting Paradise, Eden and Hell, the latter two commissioned by the SOLO Collection, is one of his masterpieces.