Exhibition Agenda for this Summer 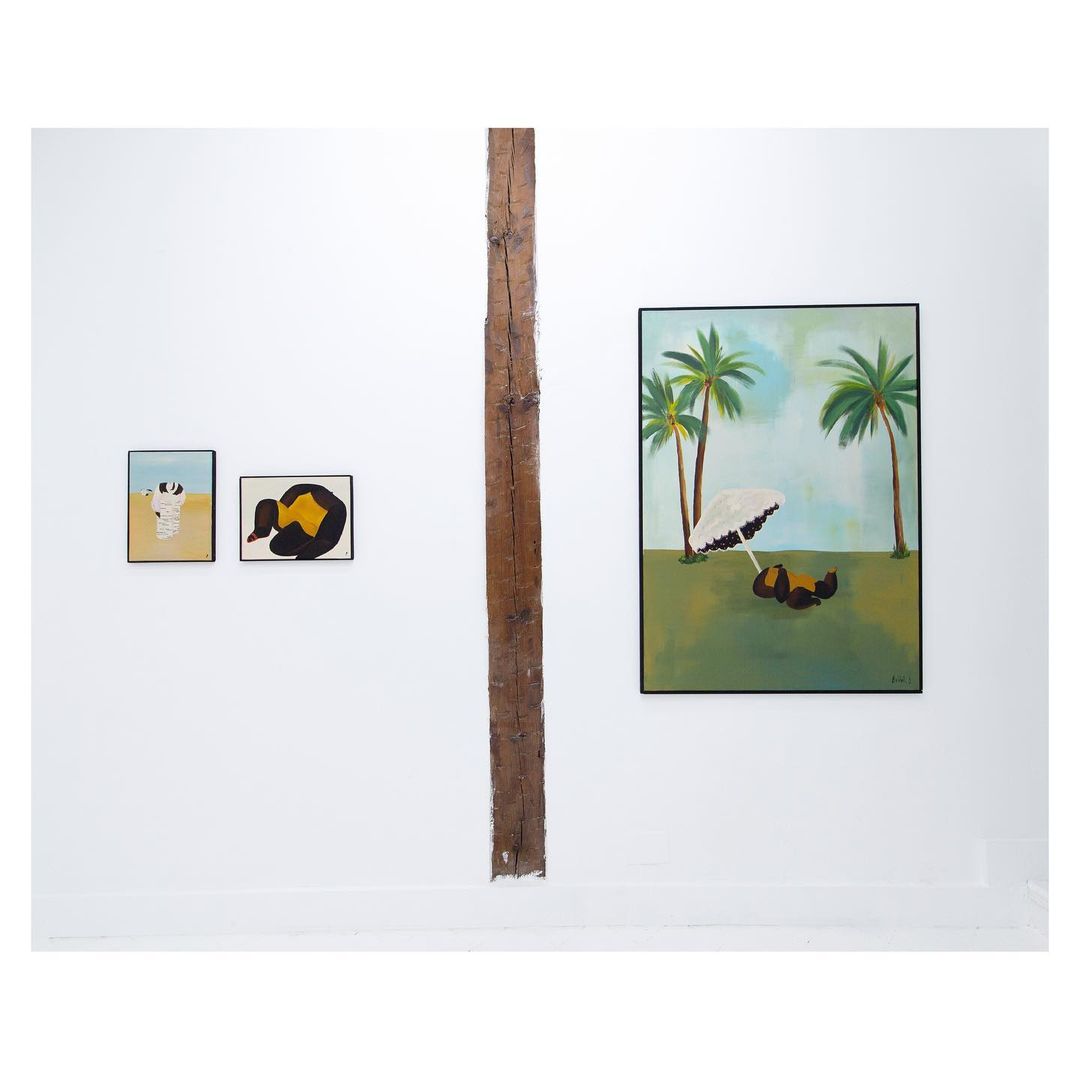 Are you planning an European getaway this summer? We bring you the best exhibitions of the season with new and other big names such as Carlos Pesudo, Franco Fasoli Jaz, Barry MacGee, Nuria Mora, AkaCorleone, Matth Velvet, Bahati Simoens and Rafa Macarrón. Refresh yourself with the best proposals of current art by embarking on the most interesting cultural trip for these holidays.

The sequel to Carlos Pesudo’s “Espacio Cero” project arrives at the Yusto/Giner Gallery in his first solo exhibition “Ovo” – egg in Portuguese. His name is the key to his speech and the formal language of the exhibition. Circular and triangular shapes from the spelling of O-V-O, based on natural elements, letters, architectures or figures so basic and universal that they are reminiscent of codes, marks or signs of any human culture. Dive into this new dimension presented by Pesudo where representation becomes less uncertain and his compositions, more tactile and frontal, exhibit the OVO as the main figure of the work. 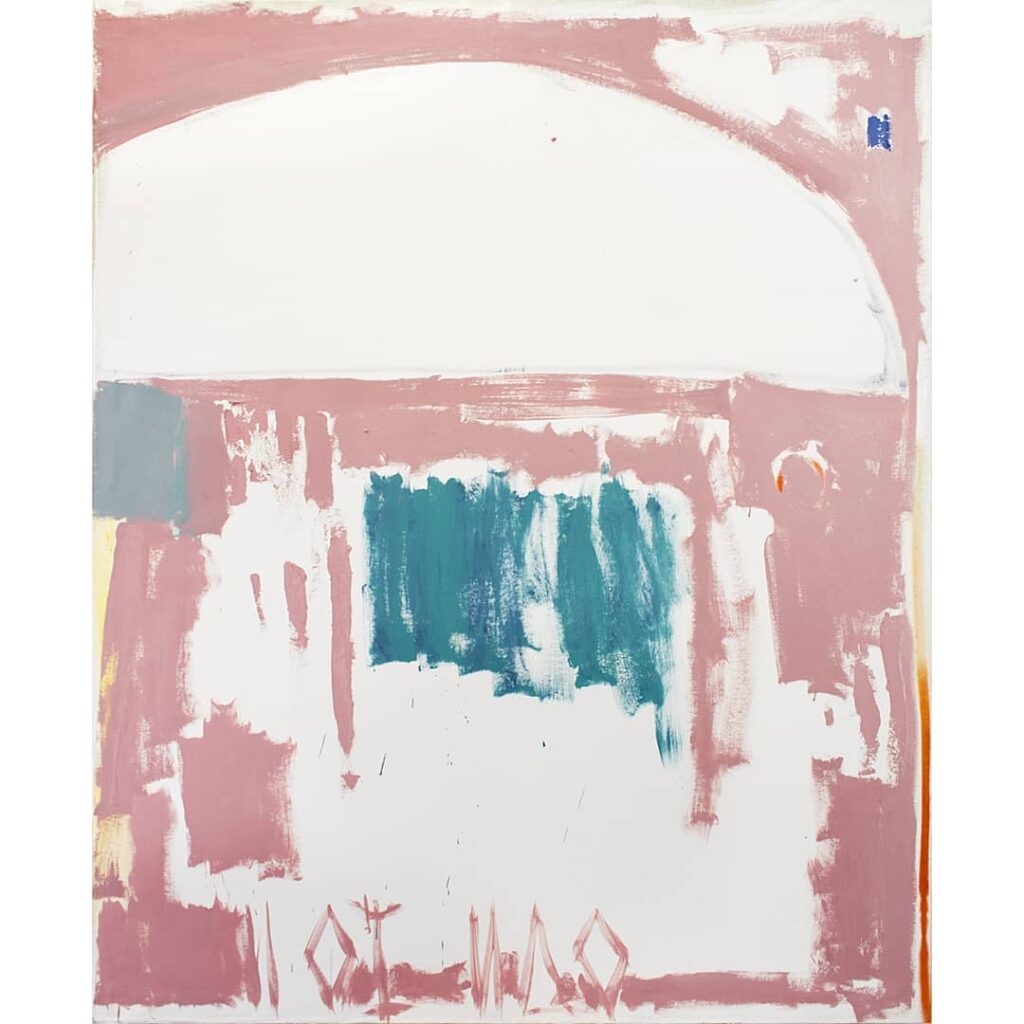 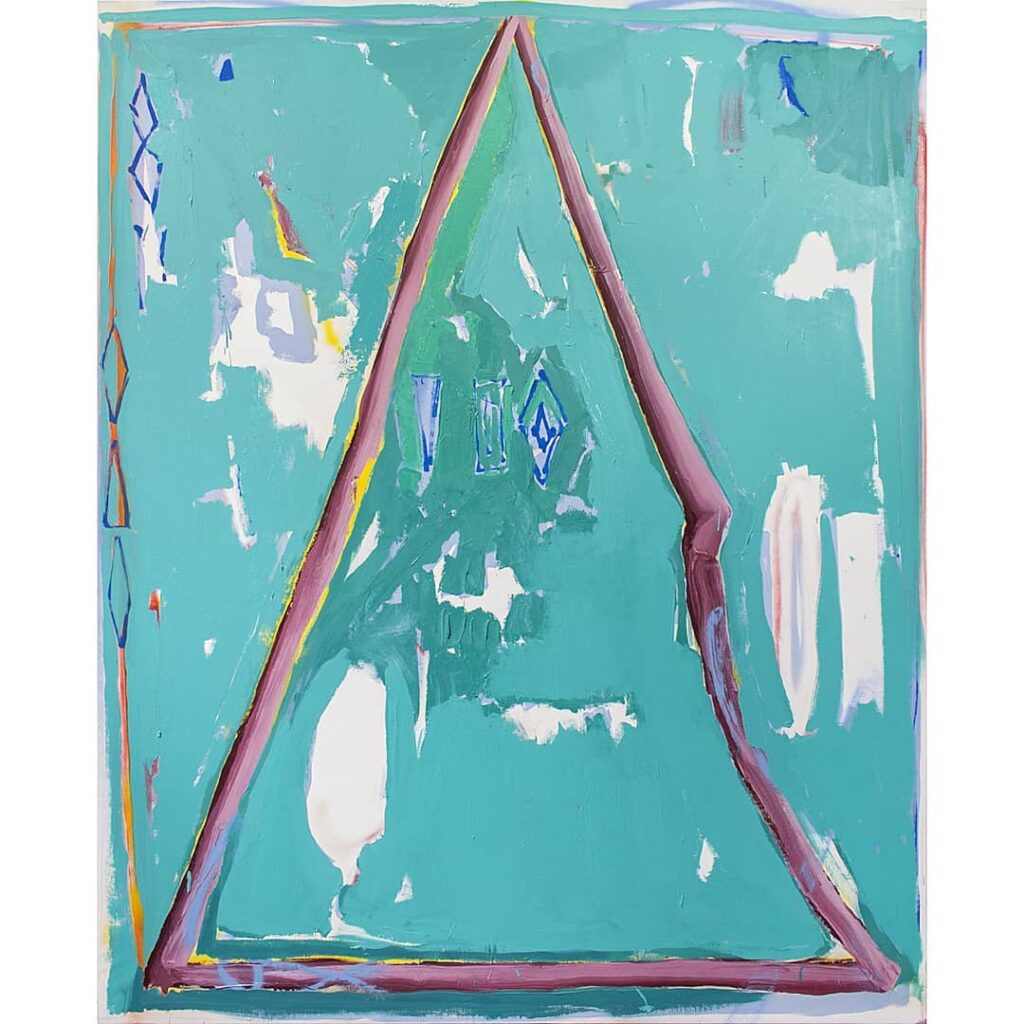 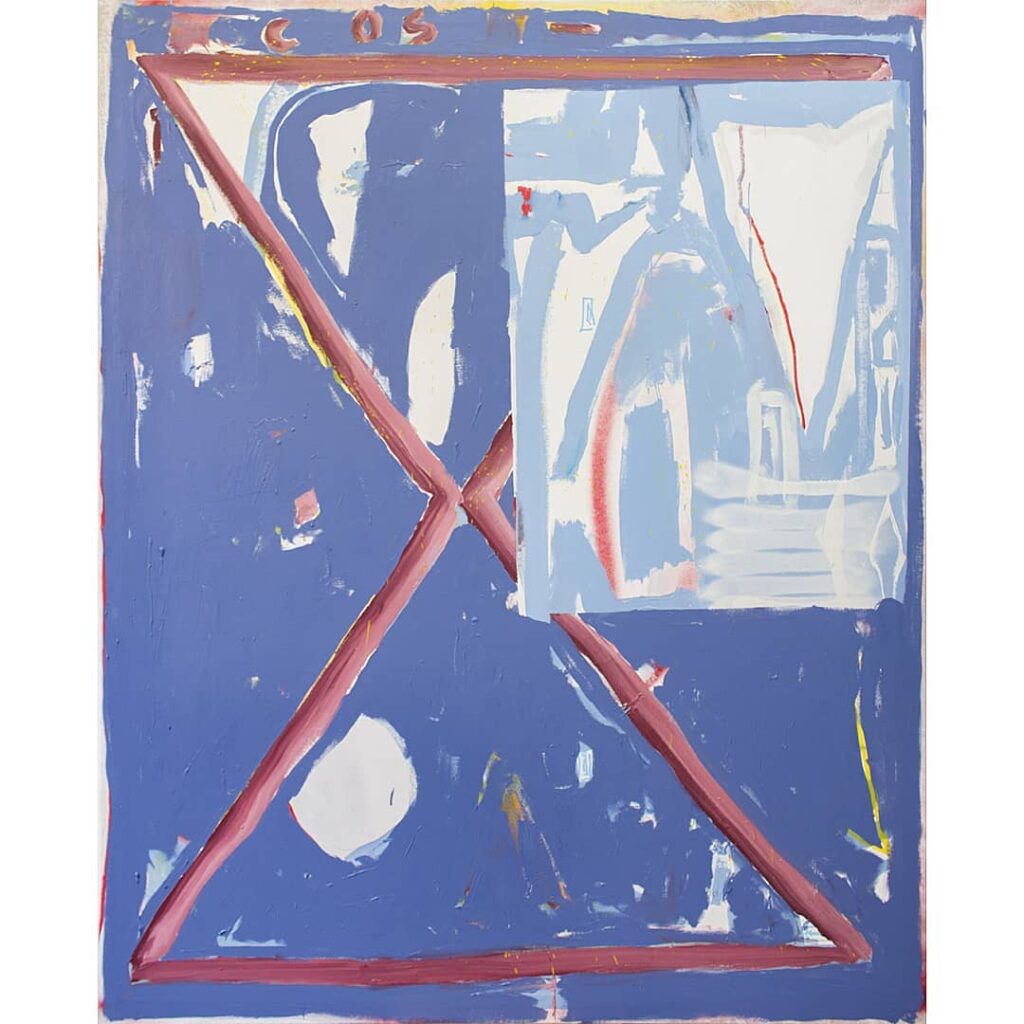 “Summer in Paciencia”, Franco Fasoli Jaz’s latest exhibition at BCGallery, is a solo show of acrylic collages made in this last year, so atypical for all of us. With the same almost zenithal approach, looking for a static moment, his work has something of exhibitionist, though always looking for the exhibition in a shy way, approaching us almost to a voyeurism. Settle in and enjoy this journey of fast, furtive images that collide with moments of waiting and observation, in a selection of works chosen for their emotional content and the joy of making them. 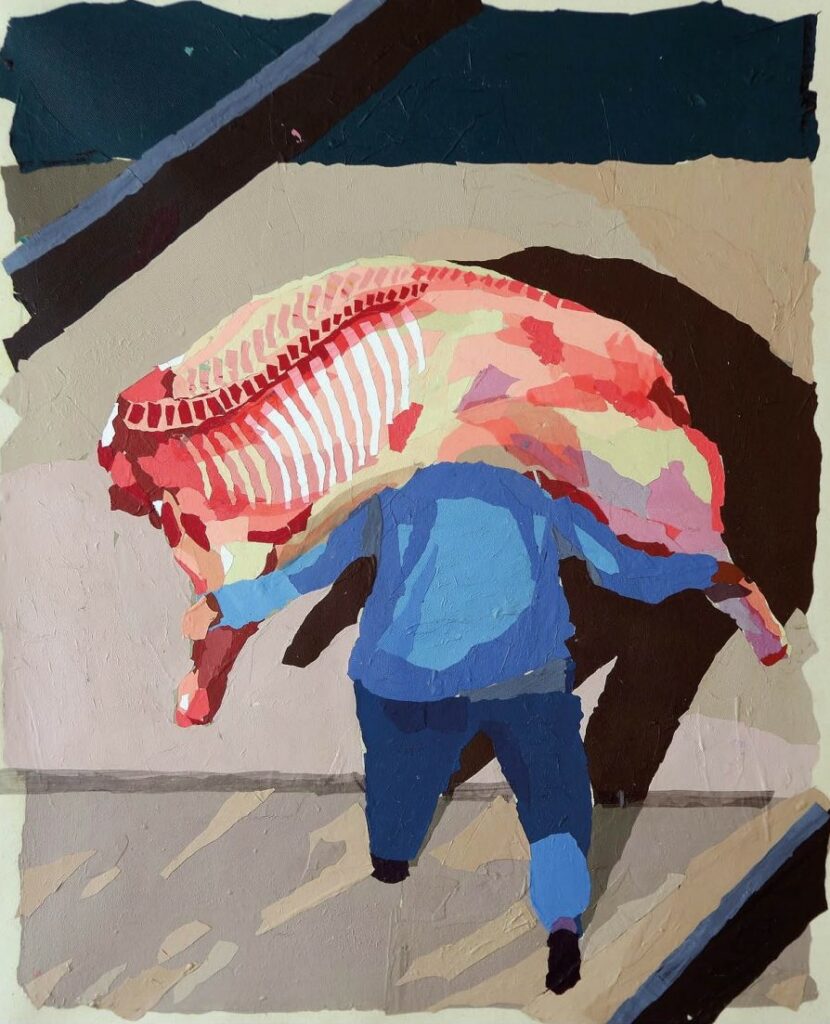 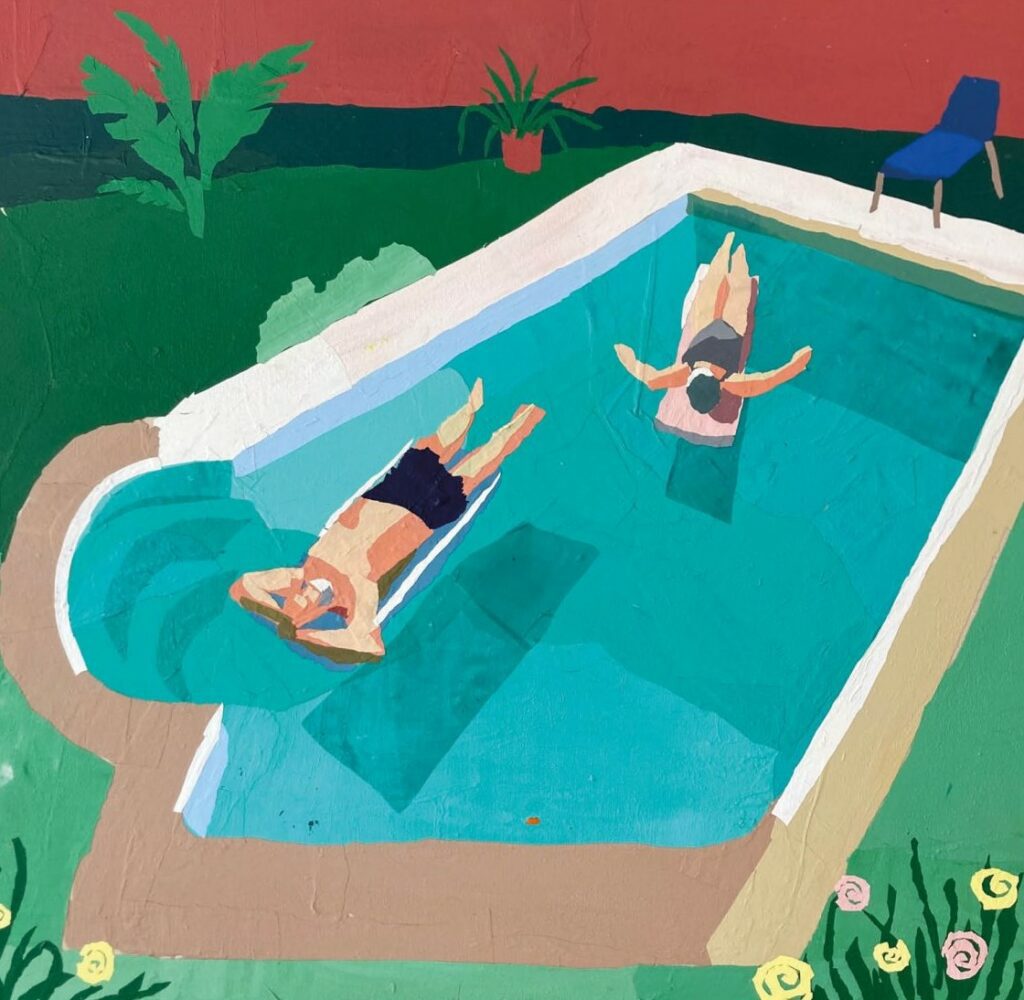 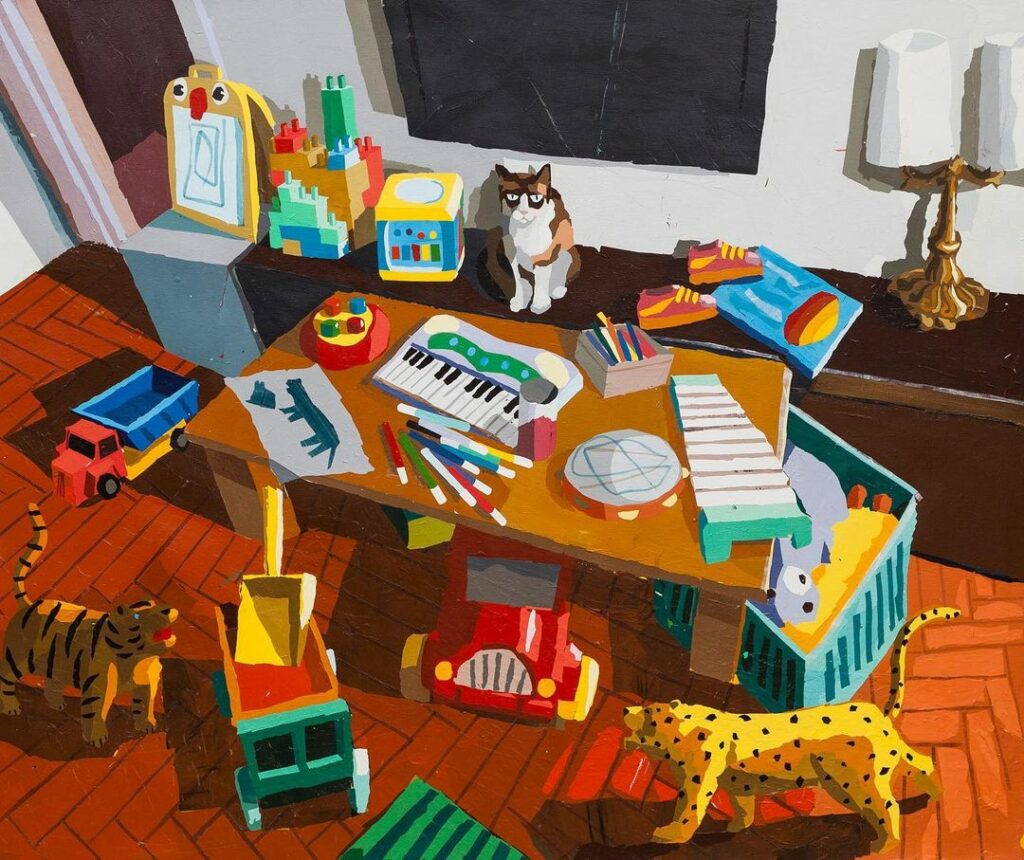 Step into “Tar Pit”, the second solo exhibition by the legendary Barry McGee at Eighteen Gallery. An immersive space in which McGee reflects on contemporary society in a variety of materials, media and formats. The walls, floors and ceilings of the gallery are imbued with an imagery taken to the iconic, where figures and forms are barely indicated, repeating, and blending with abstract patterns. Embark on this reflective journey where the artist drinks from those who do not choose to follow the rules and tend to be left behind in this hurried society. 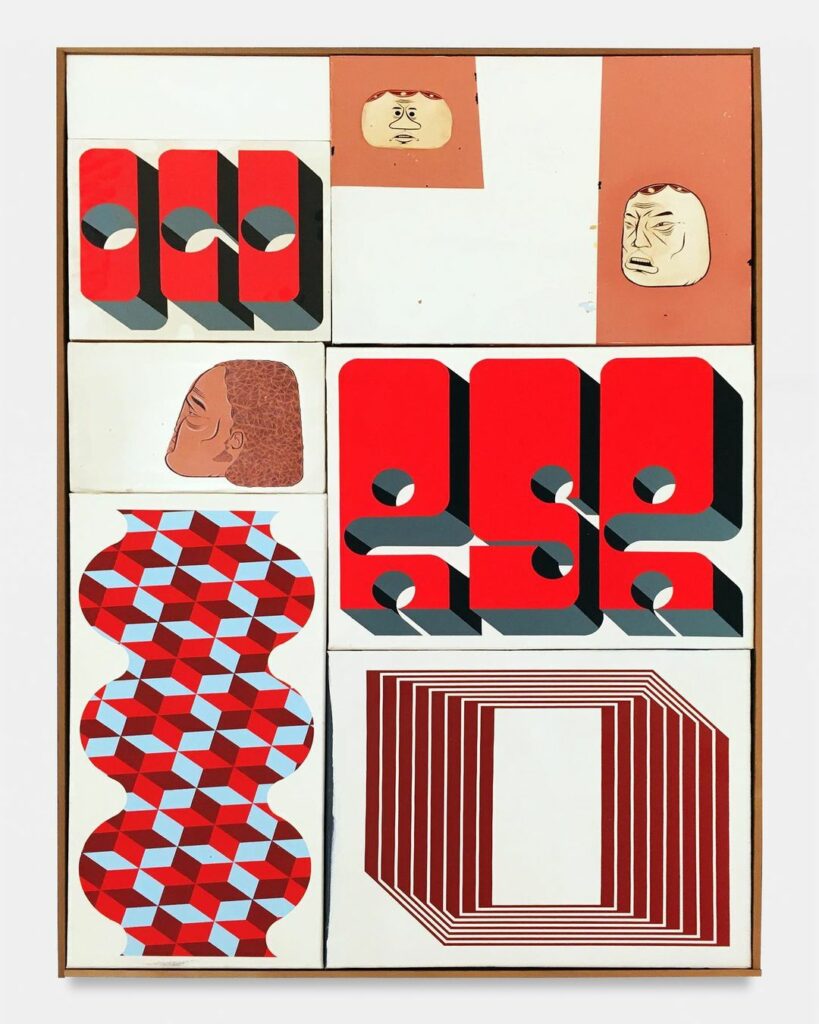 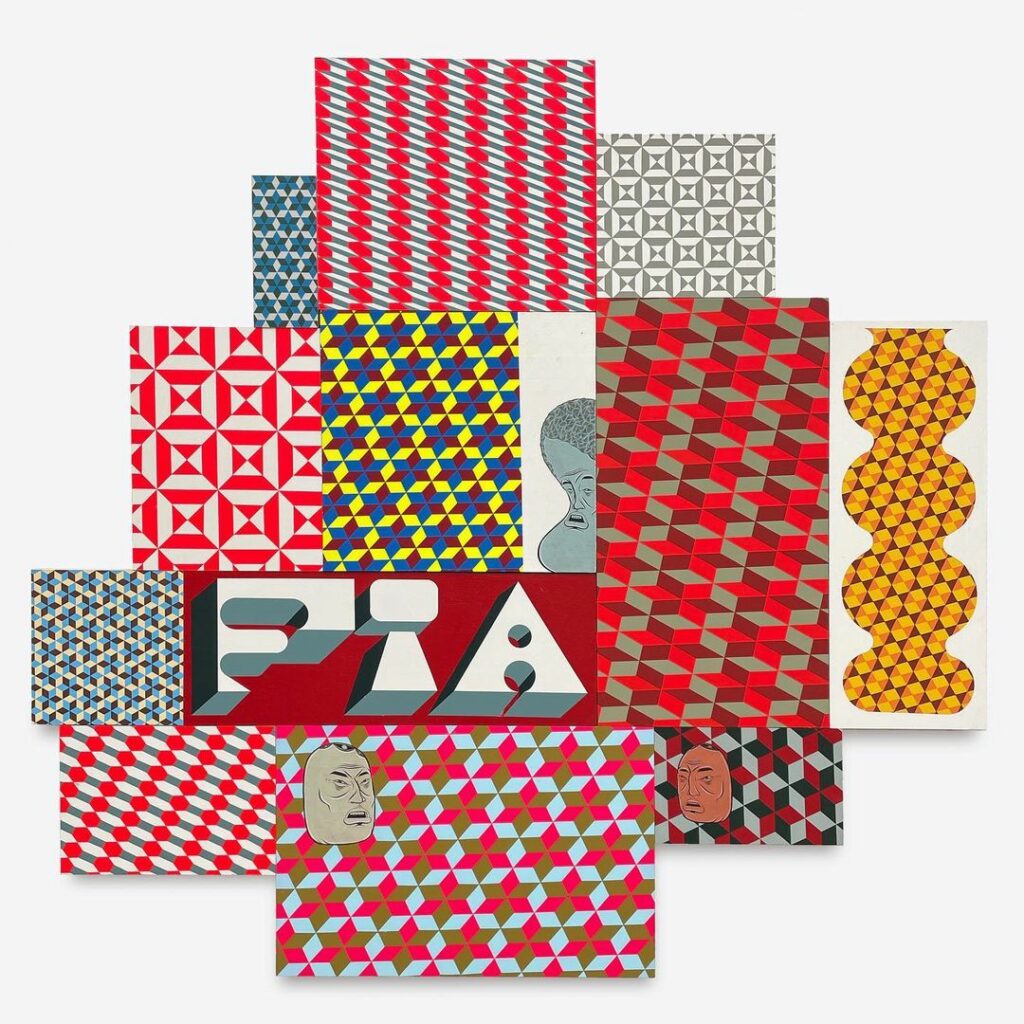 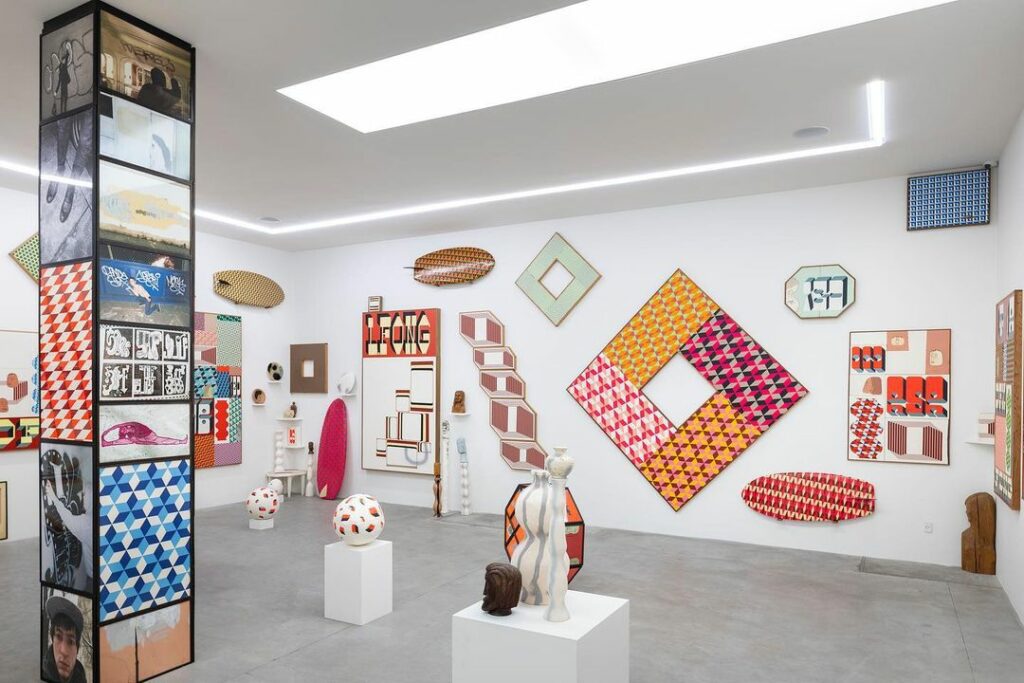 “J.L vs Lilla” is the latest solo exhibition by Spanish artist Nuria Mora at Galería Patricia Armocida. A glimpse into the artist’s most intimate side, in which her inner self, her roots and her deepest identity have been unleashed outwards in a work whose numen focuses on her family – her parents – who give the exhibition its name. Discover this unknown facet of the artist that is conveyed in totem sculptures, drawings, and acrylics on linen with her characteristic geometric deconstruction of reality; a chromatic code that is already part of her hallmark. 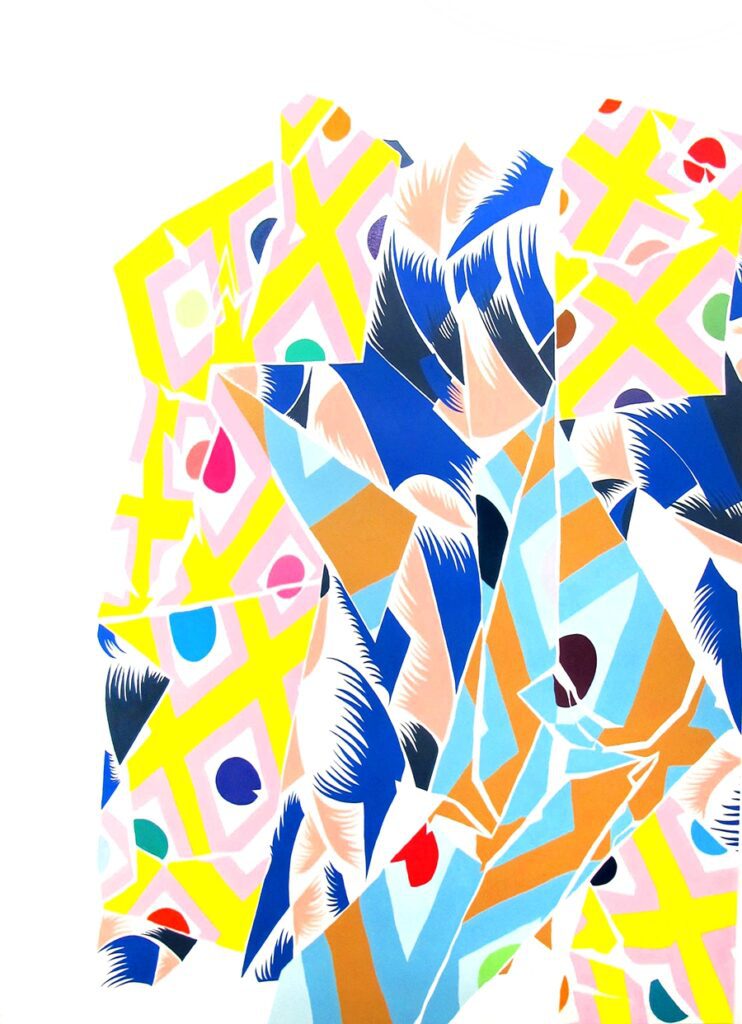 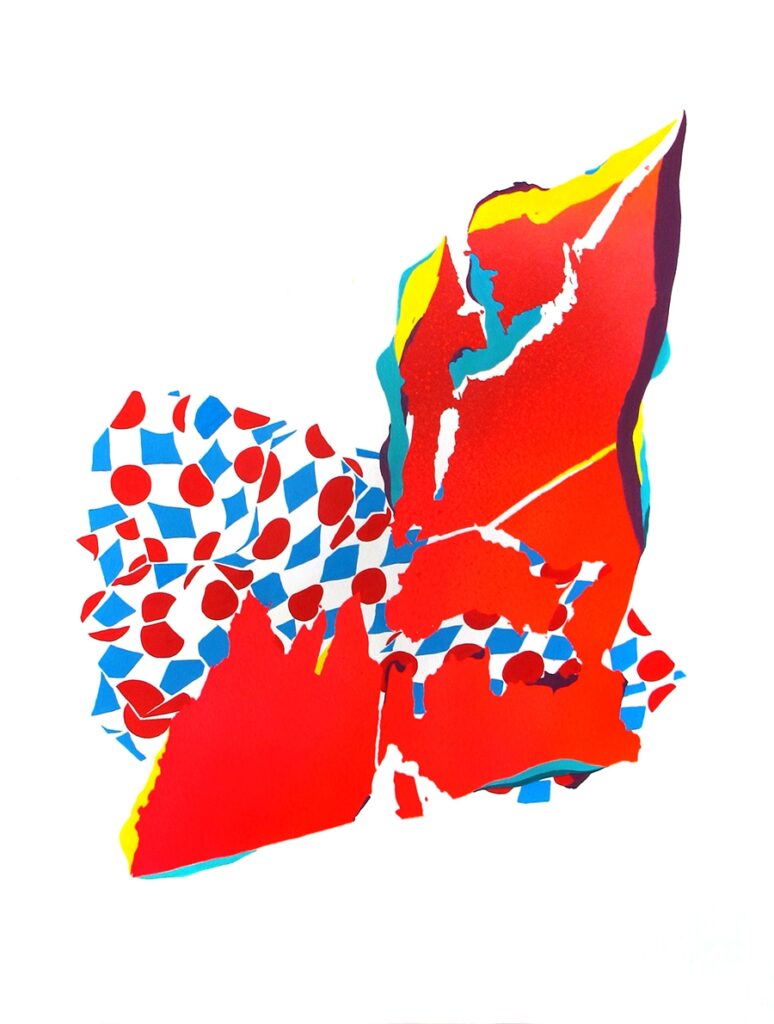 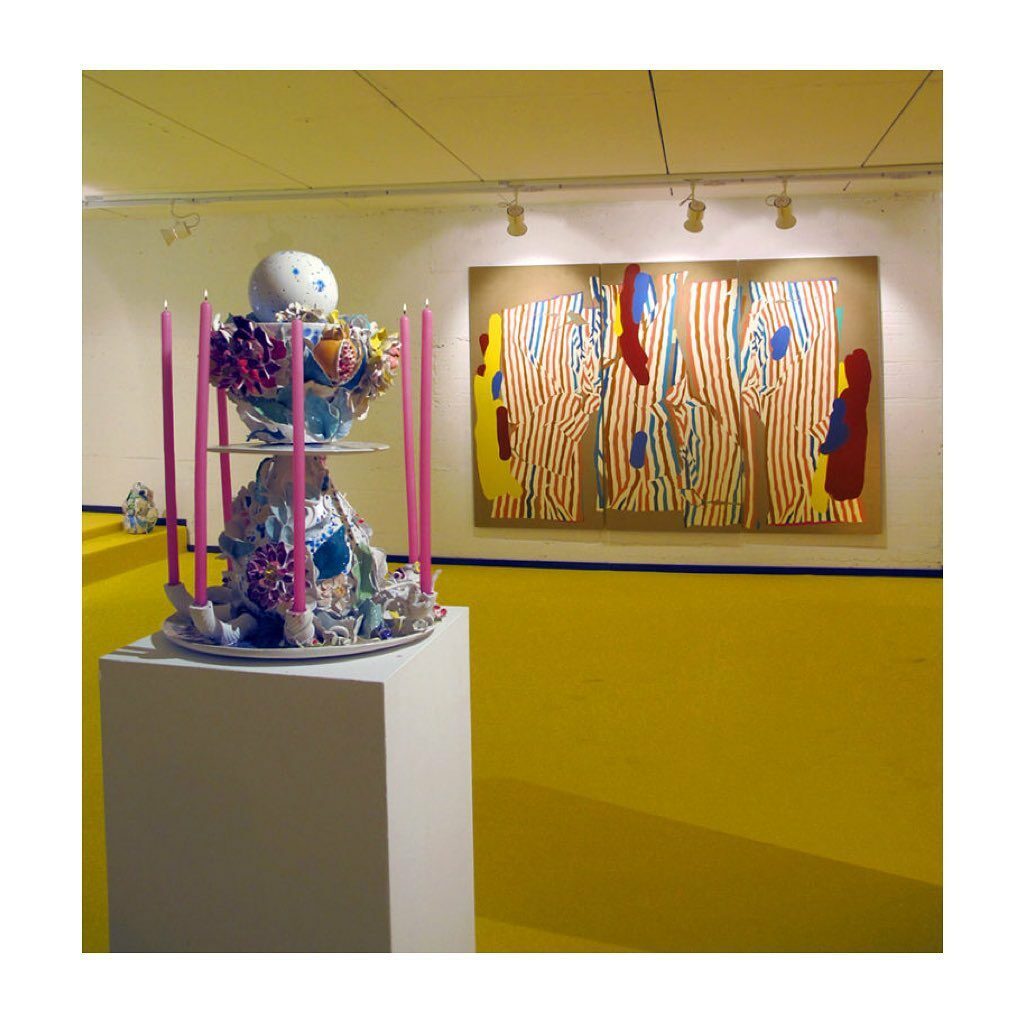 Underdogs Gallery in Lisbon will stage the launch of the new cult of Pedro Campiche – AkaCorleone – through his exhibition “Temple of Light”. A staged ascent, fluctuating between the physical and the digital, obscurantism and light, in striking compositions imbued with originality and omnipresent humour. It explores, beneath its idealistic and seductive appearance, the bitter truth of the religion of which AkaCorleone is the starter. 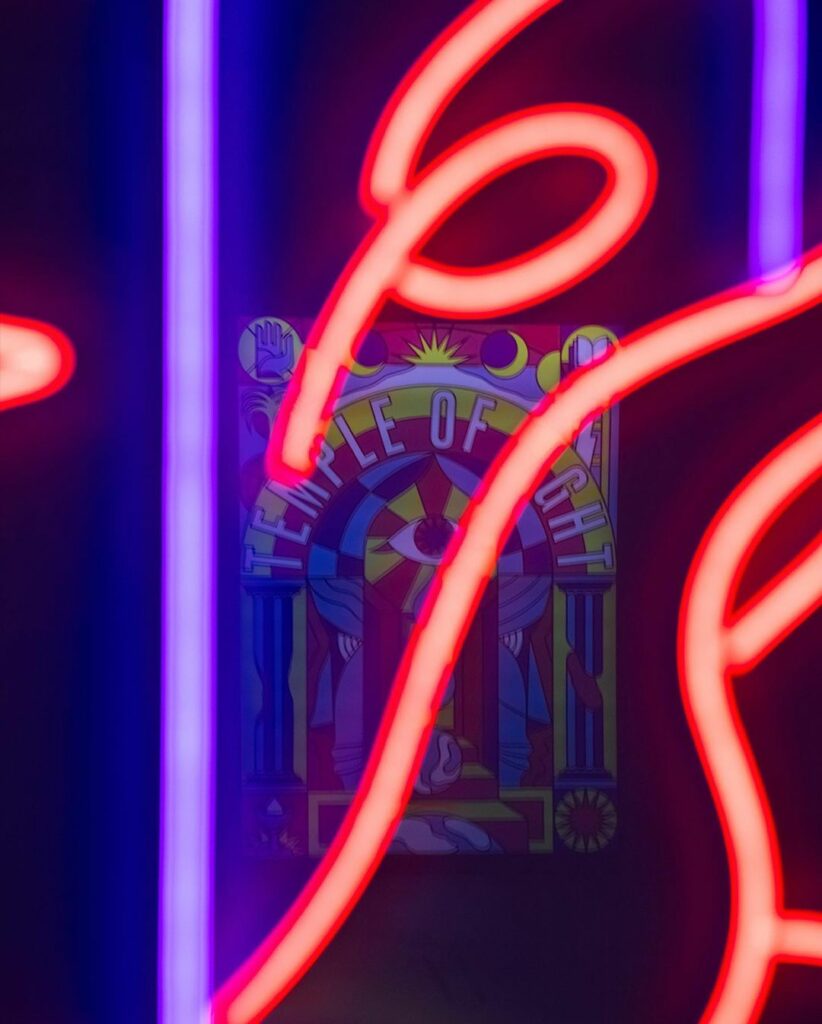 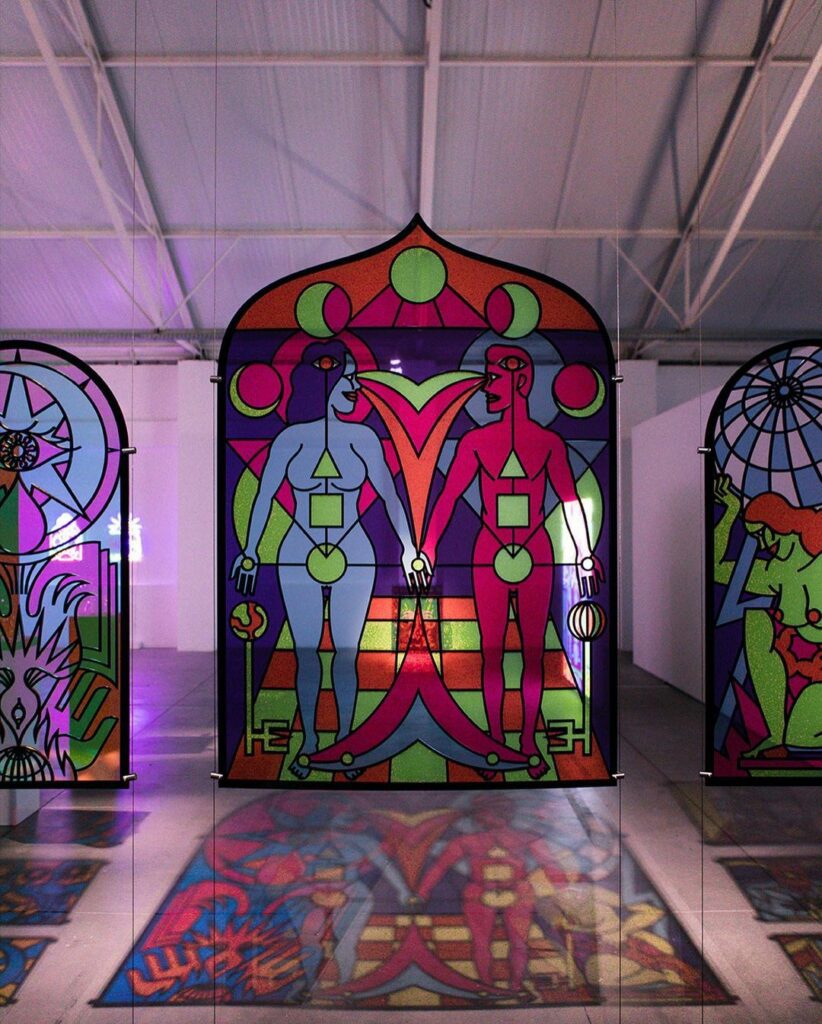 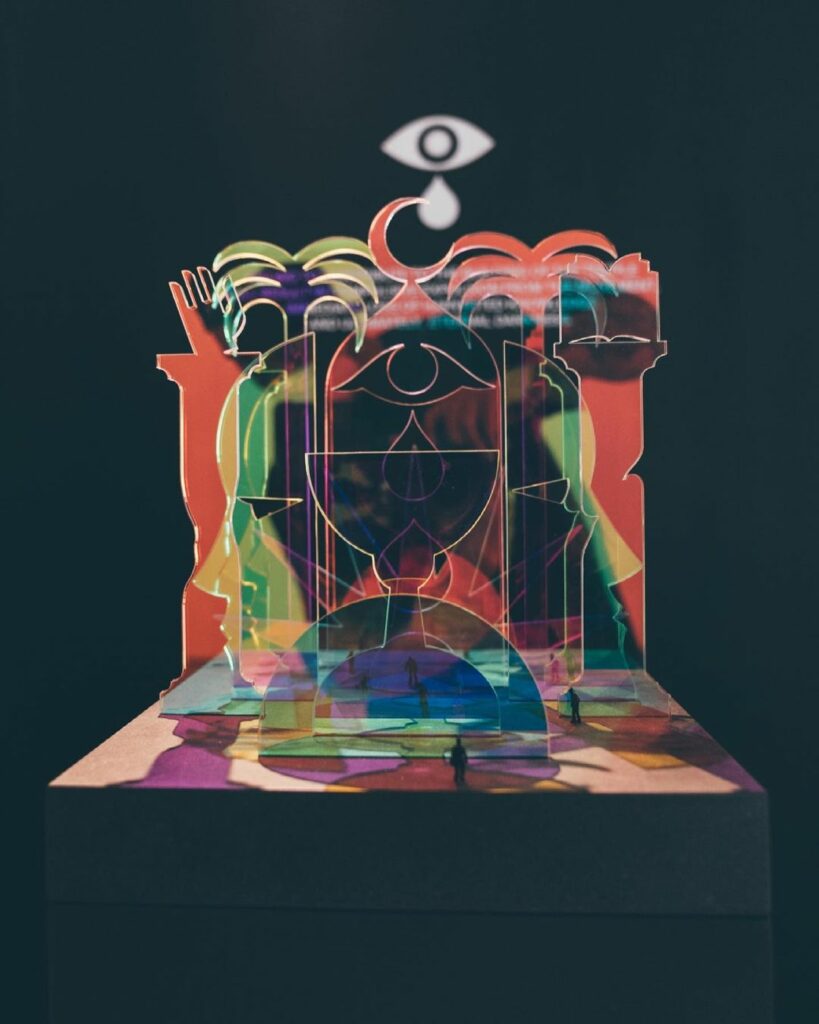 Matth Velvet’s artistic language lands at Le Feuvre & Roze with “Modelflat”. A solo exhibition where the artist states his intention to bring three-dimensional elements to the 2D medium: through the prism of painting, creating a flattening of these architectural models. It induces a thought-provoking reflection on the influence that spaces and the objects they contain have on our ways of acting and thinking. It invites us to discover the intimacy of these protagonists in the environment that sees them evolve. Explore his imagery marked by orange and blue, conceived as frozen music, fleeting images of the symphony of existence. 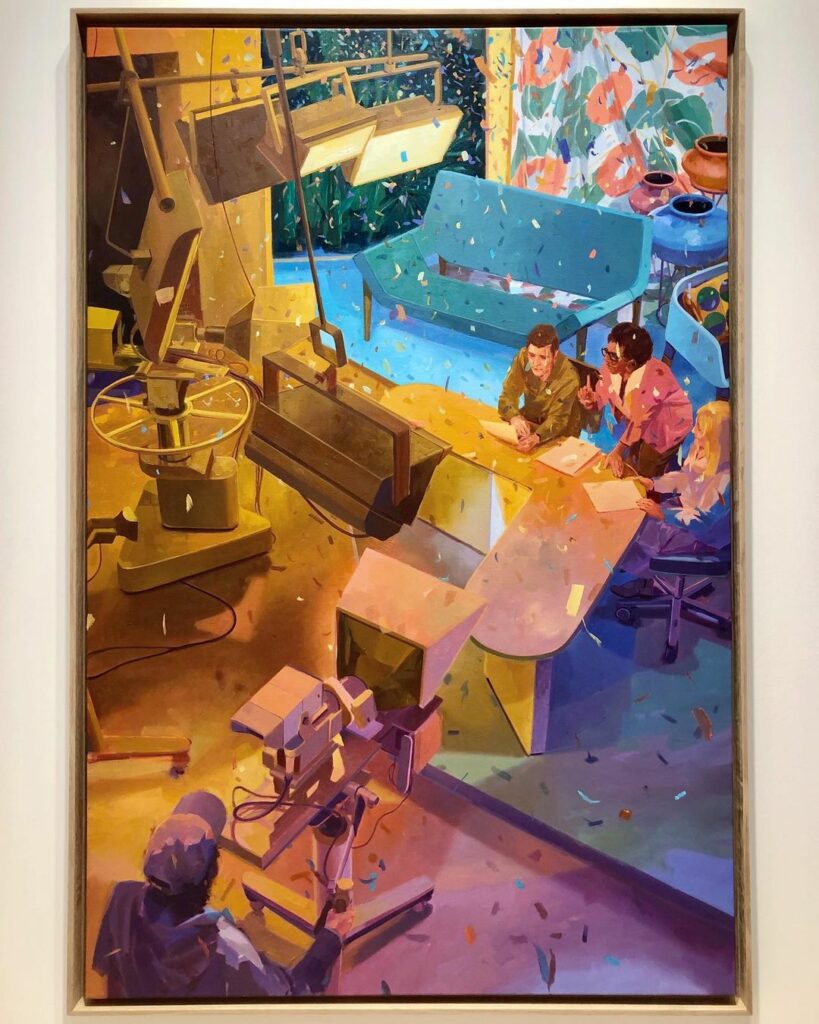 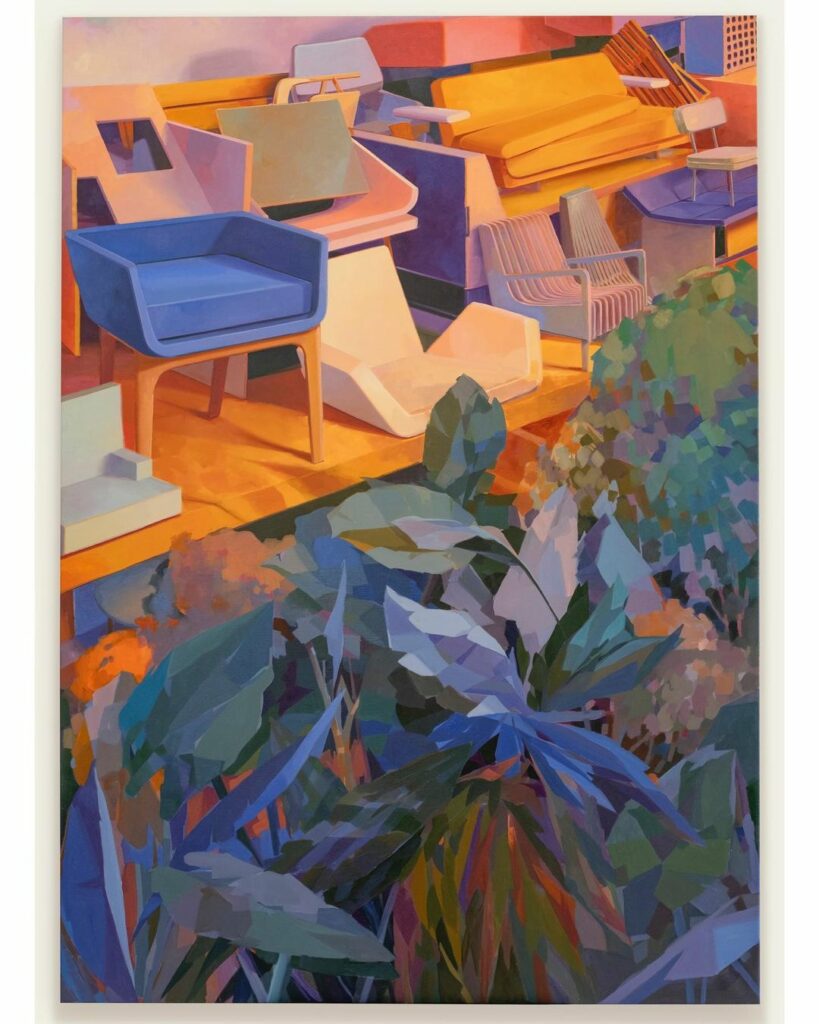 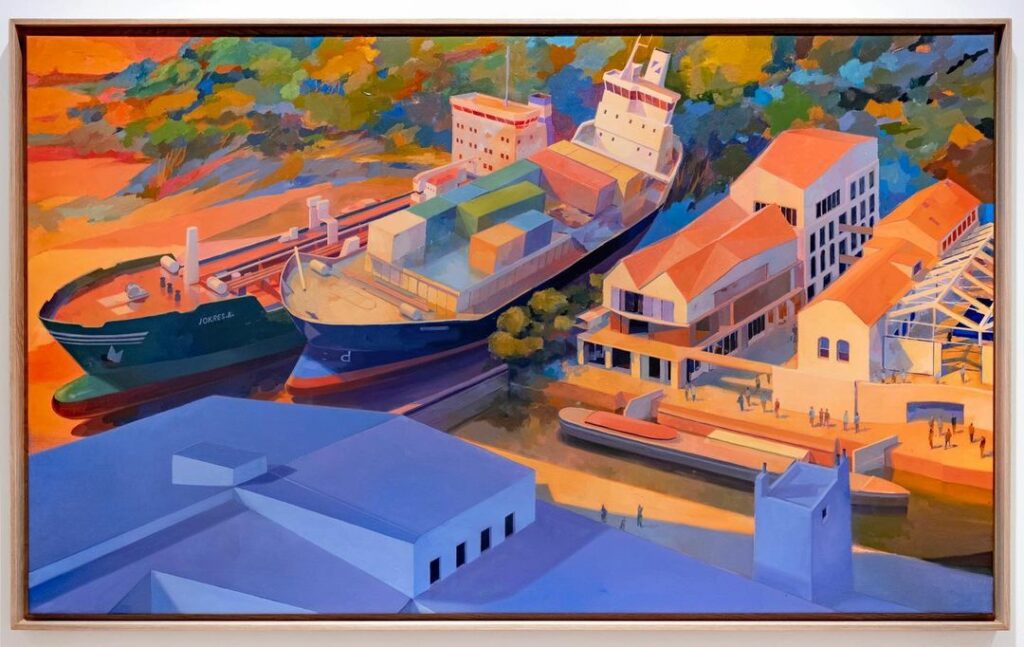 CHARCOAL SWANS UNDER THE SUN

Bahati Simoens presents her first personal solo project “Charcoal Swan Under The Sun” at La Causa Galería de Arte in Madrid. From her African heritage comes a vibrant figurative painting constructed from natural landscapes. Colossal, sinuous human figures dominate her scenes, standing as monuments that ennoble shared emotions and feelings. It delves into Simoens’ childhood blended with natural events, in a kaleidoscope of colour that celebrates black bodies in a world exempt from the white gaze. 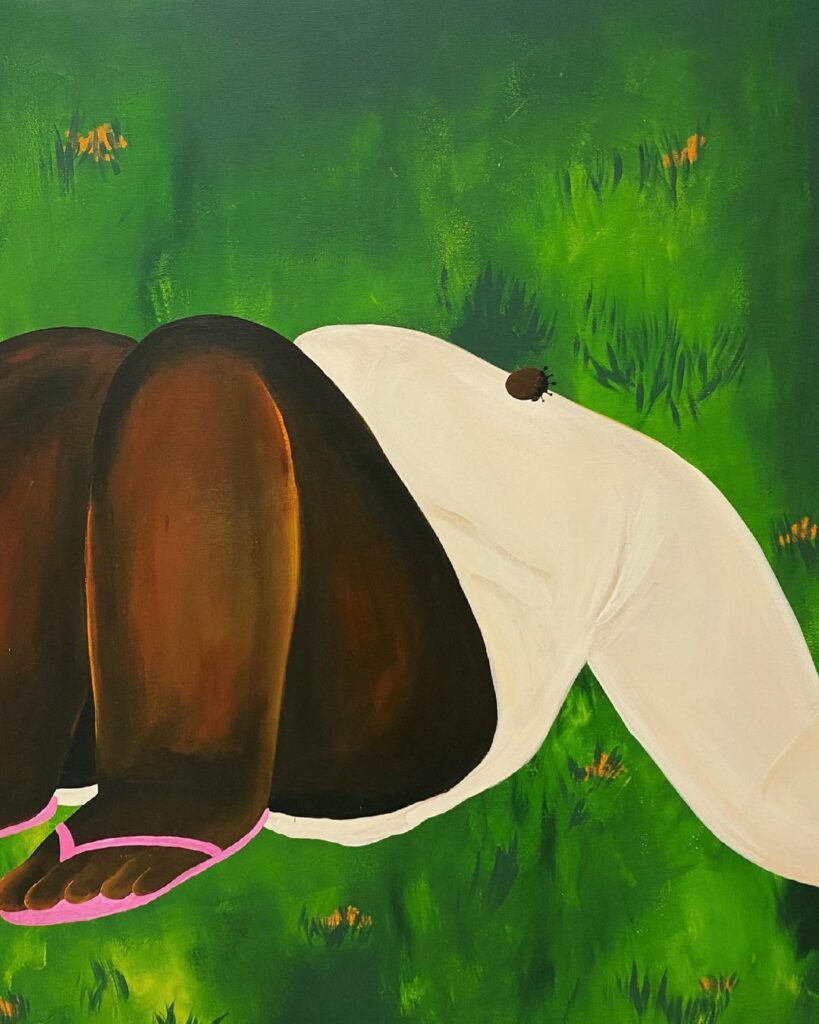 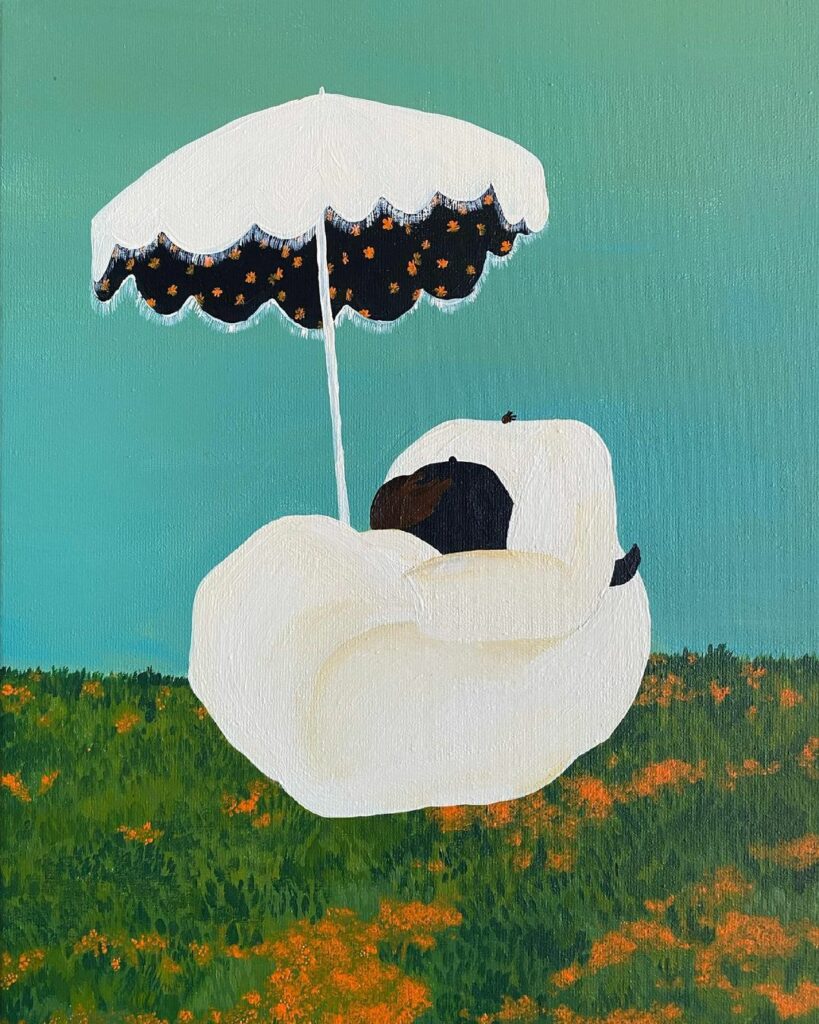 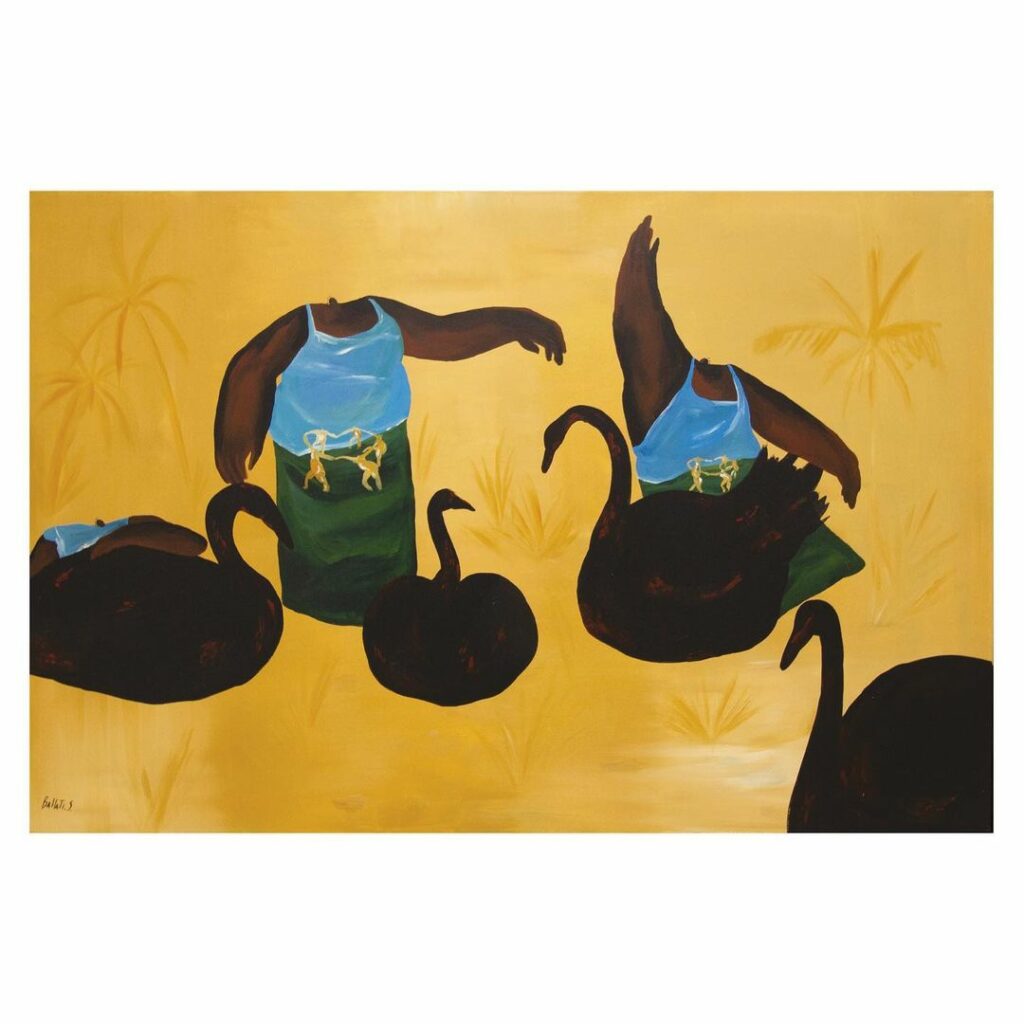 La Nave Salinas Foundation will host Rafa Macarrón’s extraordinary universe filled with oneiric scenes in “El Bañista”, a new solo exhibition for the 2021 summer season in Ibiza. Macarrón will be the first Spaniard to exhibit at the foundation after international legends such as Kenny Scharf, Bill Viola, Keith Haring, Marco Brambilla and Kaws.

The collectors, Lio Malca and Alberto Chehebar, are collaborating on this occasion, for this unprecedented new project that can be enjoyed this summer in the Parque Natural de las Salinas. Discover the acutely perceptive world of the artist, full of unique characters with a soul of their own. 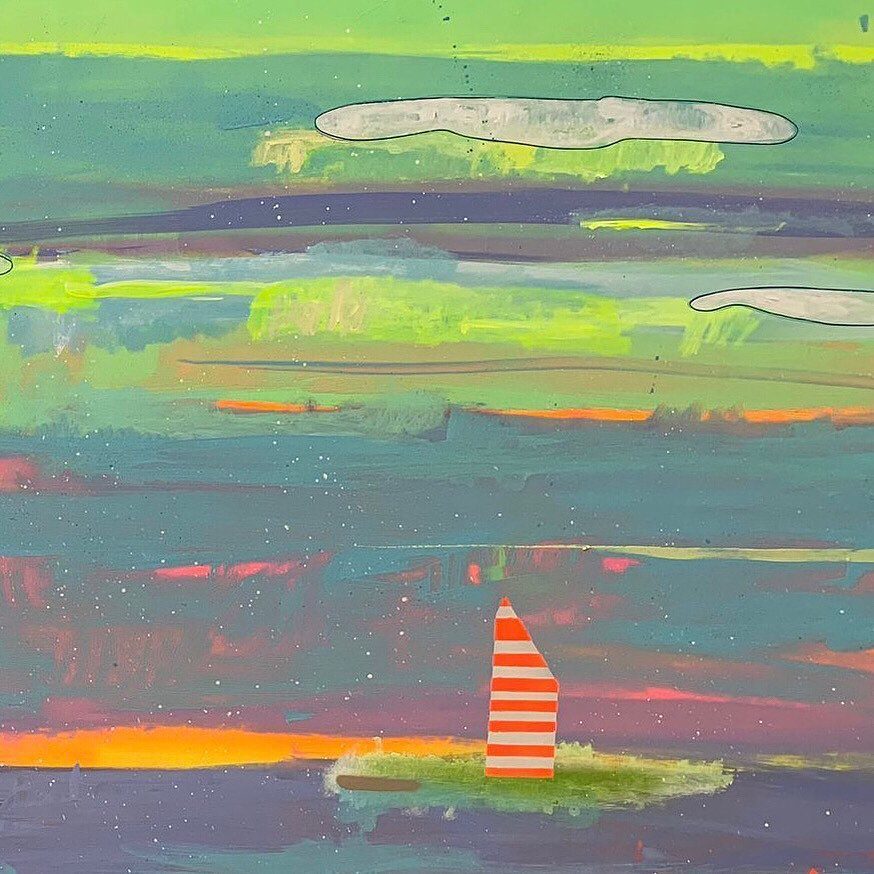 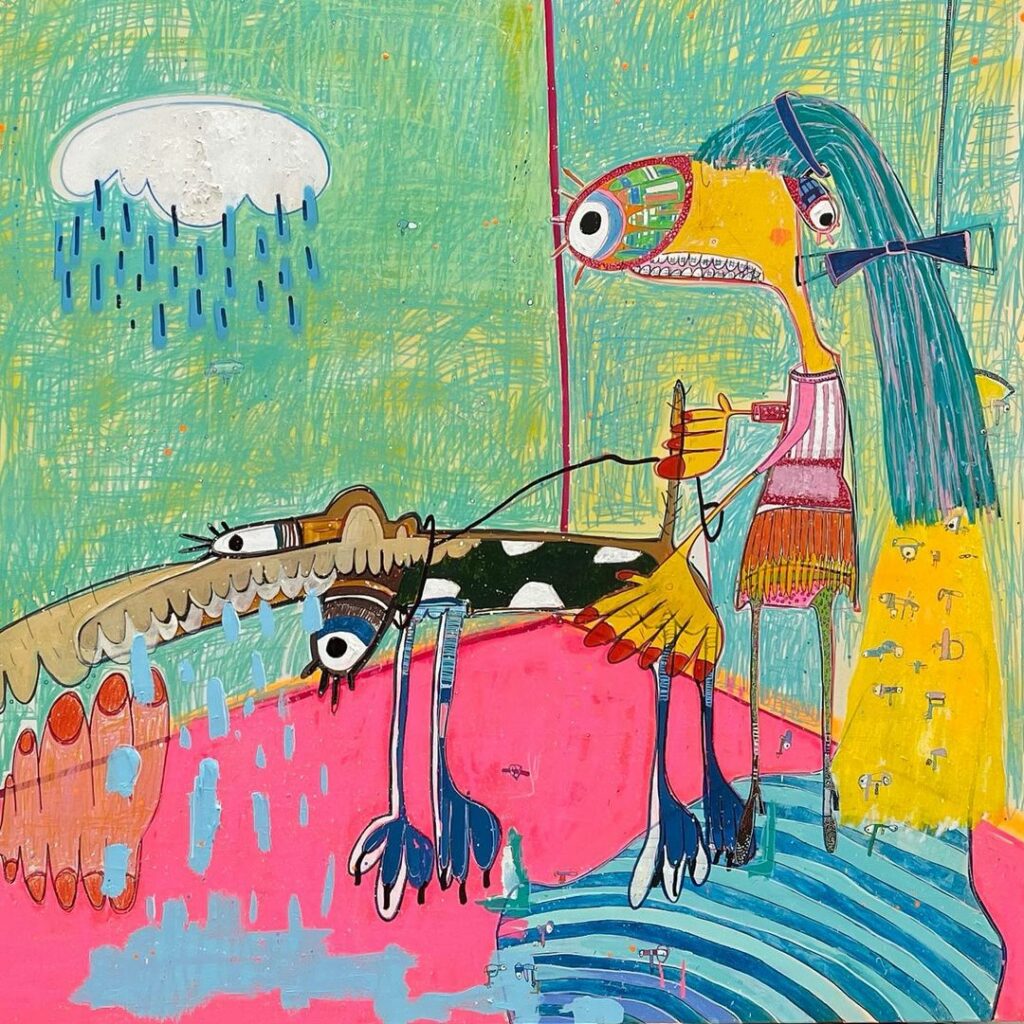 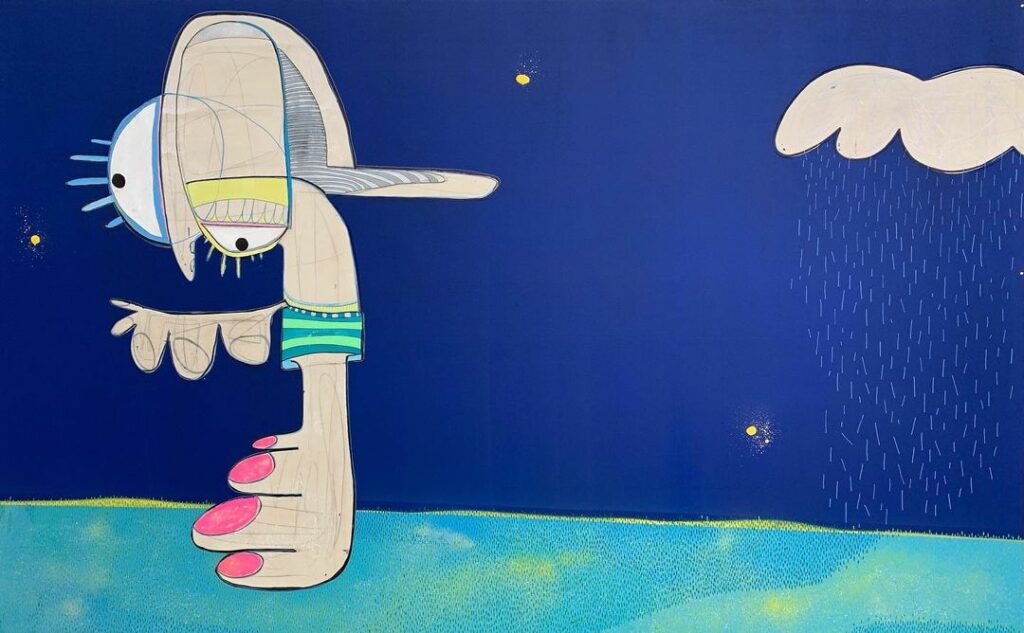 On the occasion of the residency project at B-Murals, they bring us “Absurd & Symbolic”, an exhibition by Julian Manzelli (aka Chu) where he lays out a series of rituals that take shape in compositional schemes based on fortuitous and symbolic experiences. Shapes, materials, and colours are arranged to give rise to a visual system that develops in pieces of different formats and techniques, covering painting, sculpture and engraving. A path characterised by an imprecise balance between the figurative and the abstract, giving rise to symbols and pseudo-characters, which immerse us in a playful exercise of intriguing interpretation.

Come and discover the contrast between urban life, science, and nature by Julian Manzelli. 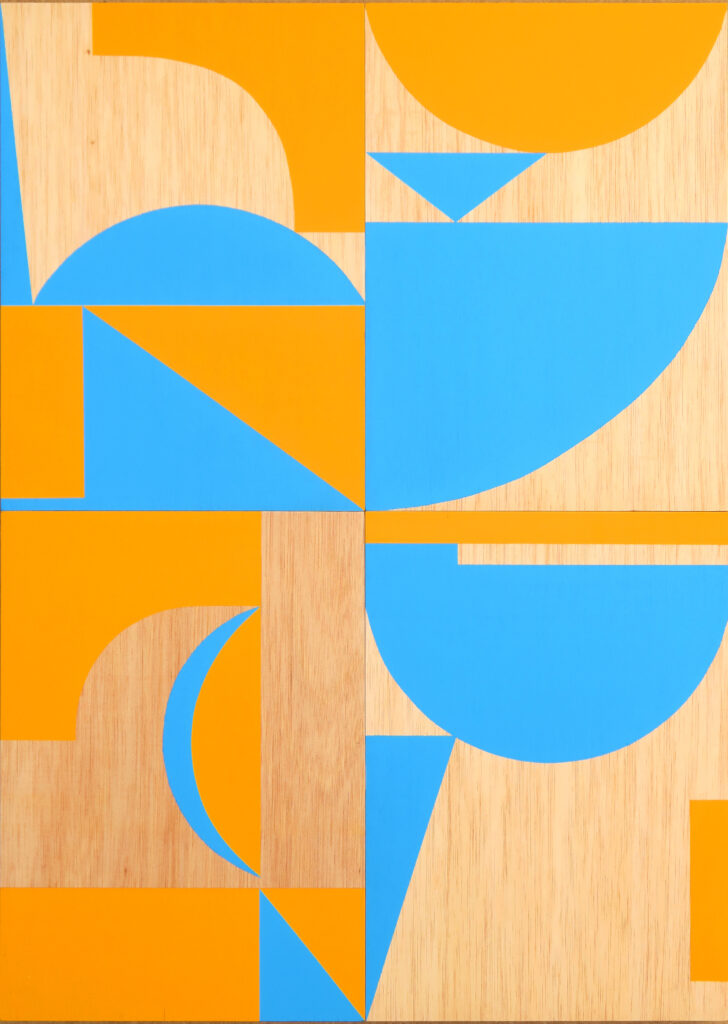 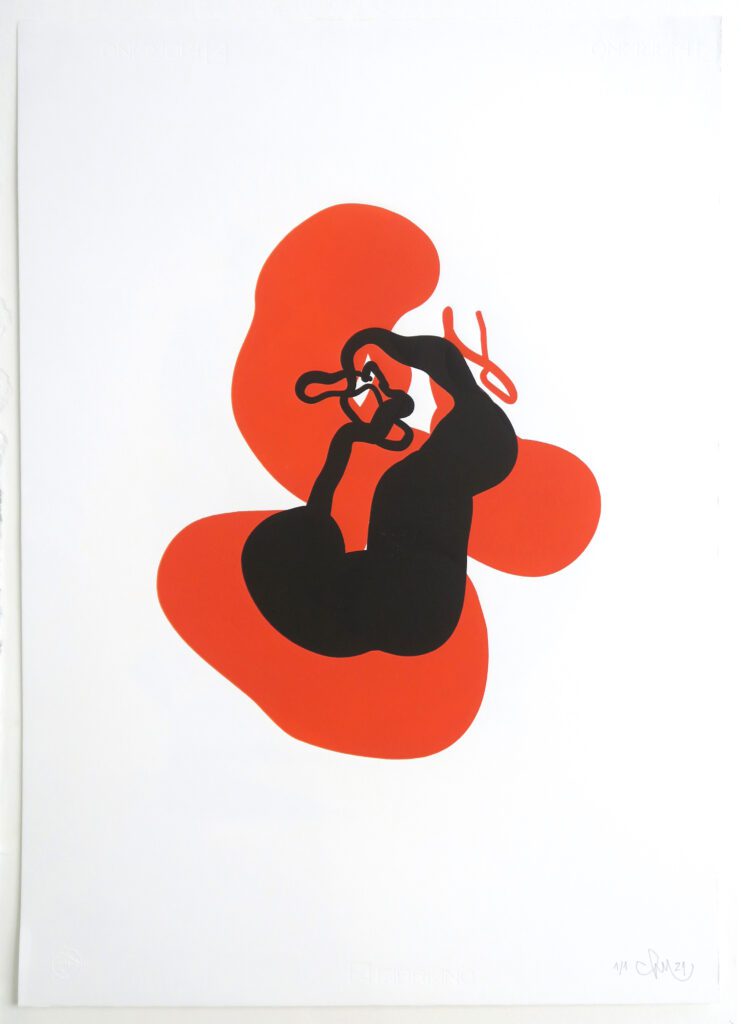 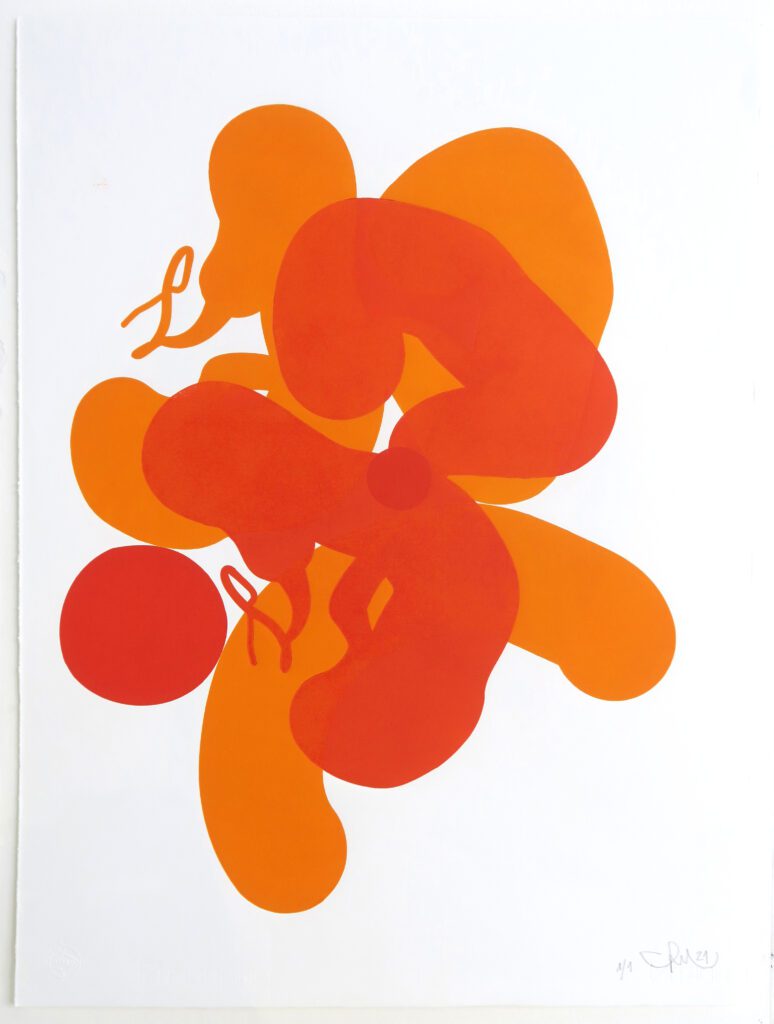