Our favorite art documentaries (I) 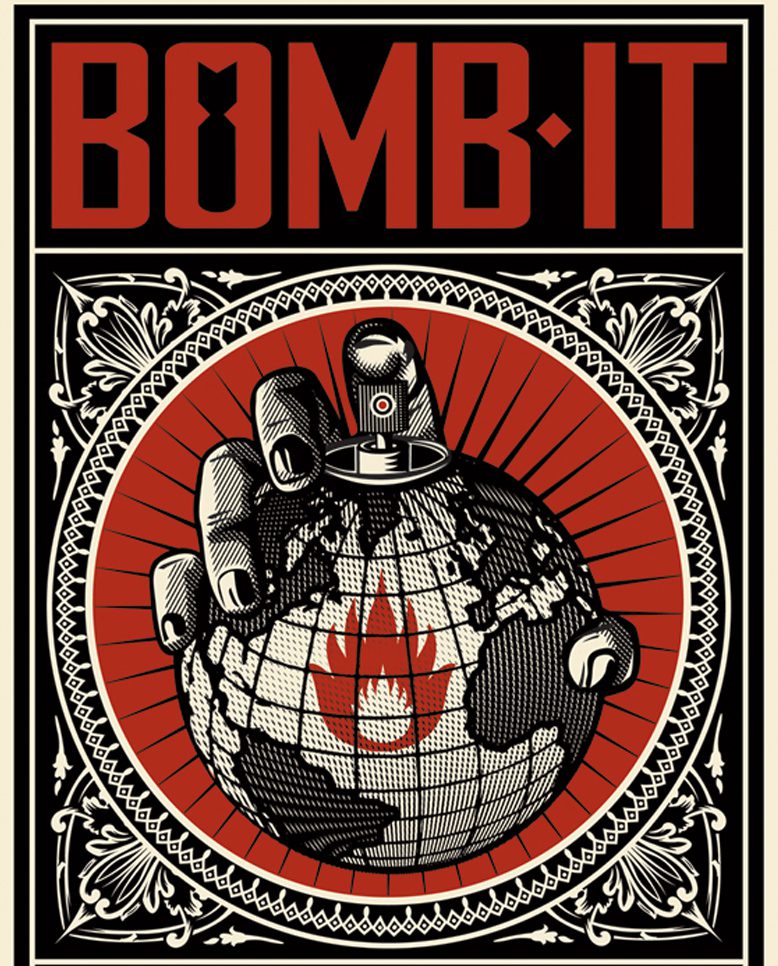 From the roots of graffiti in 1970’s New York to the portrayal of some of the most recognized personalities of contemporary art in the 20th century such as Basquiat or Peggy Guggenheim, we take a look at some of our favorite art documentaries to enjoy on summer nights. Here’s a good dose of art!

POPaganda: The art and crimes of Ron English 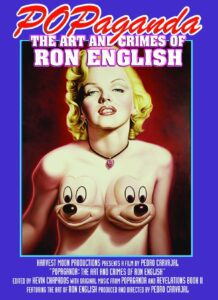 Known for his vandalized billboards with elaborate anti-corporate propaganda, in this critically acclaimed documentary filmed in an appropriately guerilla style, director-producer Pedro Carvajal captures artist Ron English as he makes a series of thought-provoking – and sometimes just plain odd – statements. The film also serves as a biography, chronicling English’s evolution from a simple painter to an activist-instigator who skewers just about everything – from Ronald McDonald to the war in Iraq. 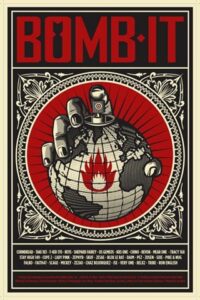 Through interviews and guerilla footage of graffiti writers in action on five continents, the documentary tells the story of graffiti from its origins in prehistoric cave paintings through its notorious explosion in New York City during the 70’s and 80’s, then follows the flames as they paint the globe. There is a Part 2 filmed in 2013 of the documentary where Jon Reiss and his crew travel to Asia, Australia, the Middle East and beyond, exploring the local graffiti scenes and artists. 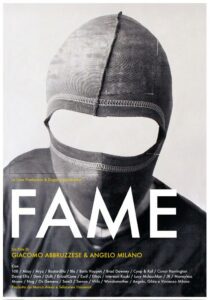 FAME, tells the tale of a Street Art festival that took over the small Pugliese village of Grottaglie from 2008-2012. For five years internationally-renowned artists such as Blu, Conor Harrington, Erica il Cane and Vhils made the pilgrimage to this tiny southern Italian village to draw graffiti over its ancient walls. Angelo Milano was the man behind this revolution – creating a grass roots festival based upon his love of his town and disorder. Milano invited artists at his expense to stay in his home, his mum the chef and his dad the driver. Sadly, the festival no longer exists but what remains is an amazing vault full of videos and memories and the faded graffiti of a legendary period. 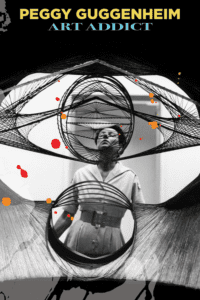 The portrait of one of the great patrons of art, an extraordinary woman who transformed a modest fortune into one of the greatest modern collections of painting and sculpture. Always free and avant-garde, Peggy Guggenheim was the heiress to her family’s fortune and became a central figure in the modern art movement. As she moved through the cultural turmoil of the 20th century, she became one of the leading collectors of modern art, with a surprising personal life surrounded by the likes of Max Ernst, Man Ray and Marcel Duchamp and exhibiting in her London gallery, Guggenheim Jeune, artists from Jean Cocteau, Kandinsky, Yves Tanguy and others that included Henry Moore, Picasso, Alexander Calder and Georges Braque.

Maurizio Cattelan: Be Right Back 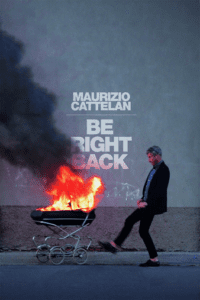 This documentary is a portrait of the controversial and provocative Italian artist Maurizio Cattelan, author among other works of “La Nona Hora”, a sculpture in which John Paul II is crushed by a meteorite. Cattelan presented himself as an emerging artist, provocative and elusive of the art world until a retrospective at the Guggenheim in 2011 enshrined his place in the canon of contemporary art. The documentary filmed by Maura Axelrod presents the artist as the great prankster of the contemporary art world through the testimonies of dealers, gallery owners, collectors and ex-partners. A journey in search of an answer: who is Maurizio Cattelan really?

The Rise of Graffiti Writing

This 10-episode documentary tells the story of graffiti from the 1970s in New York to its arrival in Europe a decade later in the 1980s. The history of graffiti can be told in words or seen on walls and trains, or in photos, but now the world of graffiti is a jungle of styles and information. This series documents through trips to different cities and interviews with the most influential artists of those eras the years where it all began.

A thoughtful portrait of a renowned artist, this documentary shines the spotlight on New York City painter Jean-Michel Basquiat. Featuring extensive interviews conducted by Basquiat’s friend, filmmaker Tamra Davis, the production reveals how he dealt with being a black artist in a predominantly white field. The film also explores Basquiat’s rise in the art world, which led to a close relationship with Andy Warhol, and looks at how the young painter coped with acclaim, scrutiny and fame. 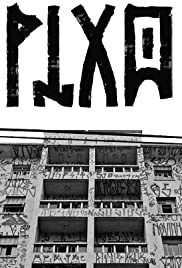 Pixo immerses us in the impact of graffiti as a cultural phenomenon in the city of São Paulo and its international influence as one of the main currents of Street Art through the ‘pichaçao’, the recognizable graffiti writing in the Brazilian city. The film, which participated in the exhibition “Ne dans la Rue” (Born in the Street), of the Fondation Cartier pour l’Art Contemporain in Paris, shows the reality of graffiti artists, goes out into the street with them, witnesses conflicts with the police and shows a different vision of some interventions already widely exploited by the media.