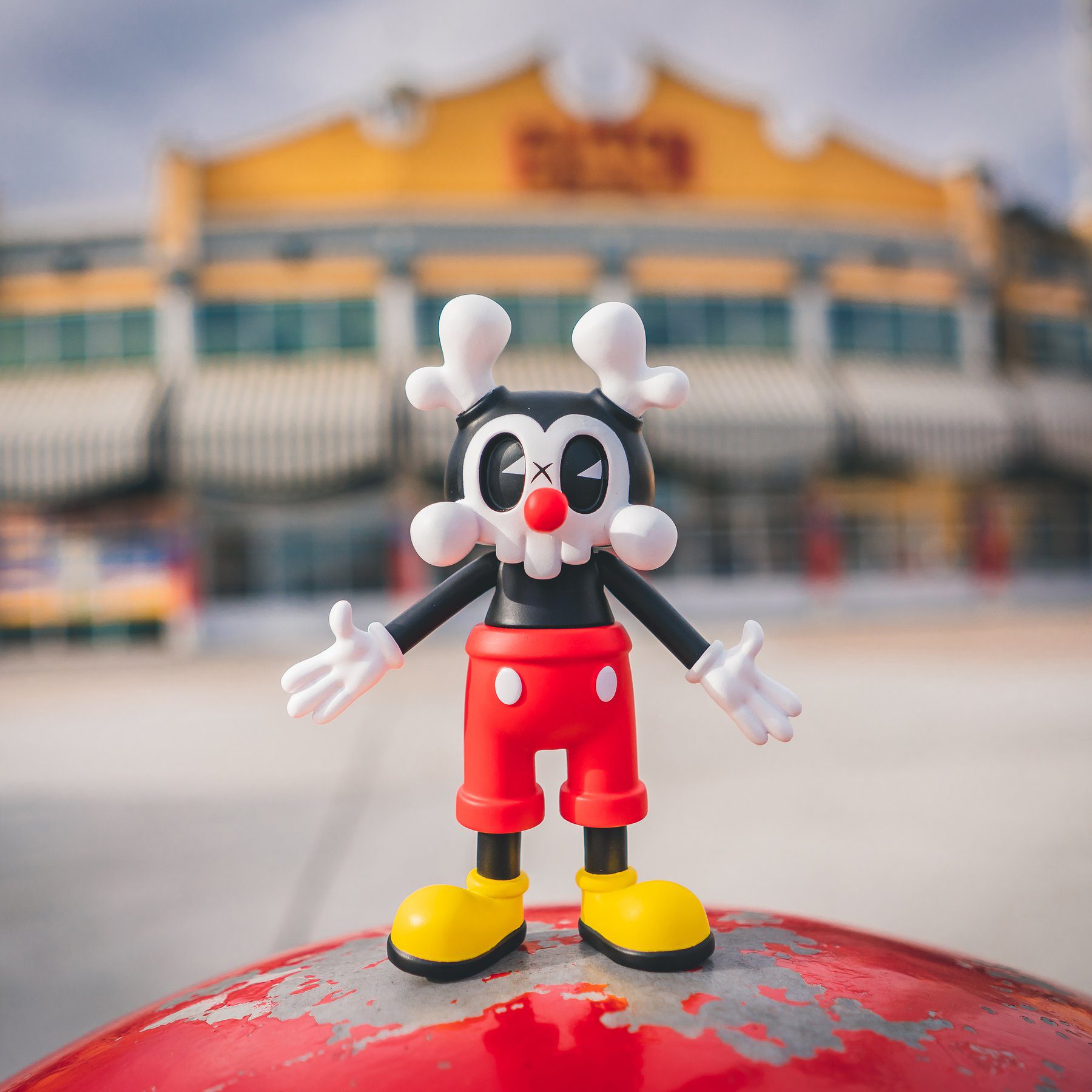 From Star Wars to Kill Bill, through SpongeBob SquarePants and the iconic Mickey Mouse, to Andy Warhol’s pop art or the kitschiest dog in the art world. Sounds familiar? Check out some of the most recognizable and creative collaborations and reinterpretations of the Art Toy universe.⁠

Out of a movie!

The Art Toy scene is riddled with film references from the most iconic characters, making them an absolute crowd-puller for collectors, but the craze for merchandising collecting began in the 1980s, when The Kenner Corporation released a line of limited-edition action figures simultaneously with the release of Star Wars: Episode V – The Empire Strikes Back (1980) and Star Wars: Episode VI – Return of the Jedi (1983). A best-seller that developed fandom sentiment, spawning a generation of enthusiastic collectors.

It’s no wonder that George Lucas’ characters are the most reproduced in the “vynil toy” world: Darth Vader, Luke Skywalker and the Stormtroopers. Art Toy godfather Michael Lau put a twist on the characters and, building on his design aesthetic from his GARDENER series, created MAXX SLEEPWALKER (Luke Skywalker), the T3AO (C3P0) and the DARTH FIGURE (Darth Vader). Ume Toys made people fall in love with their GeekWok toy, also winning the Designer Toy Awards in 2014 with the most adorable Ewoks that can be found on the market. And can you imagine Darth Vader in an XXL quilted jacket? Well, artist Oh Anat from Kidding Toy created the perfect symbiosis between underground street style and Star Wars geekiness with the Street Wars Jacket Series. 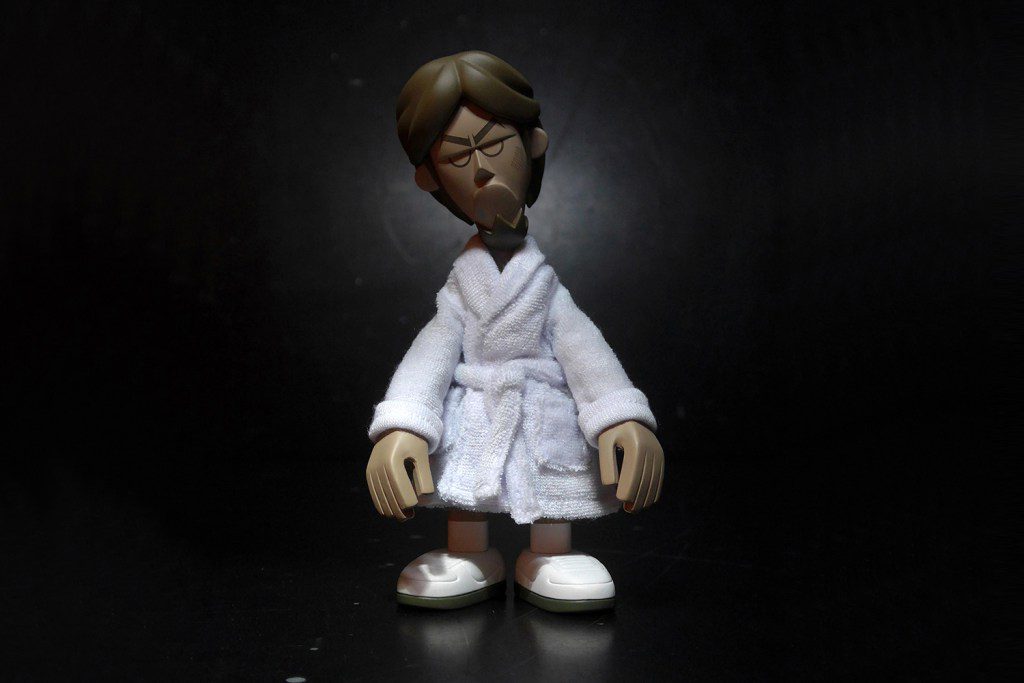 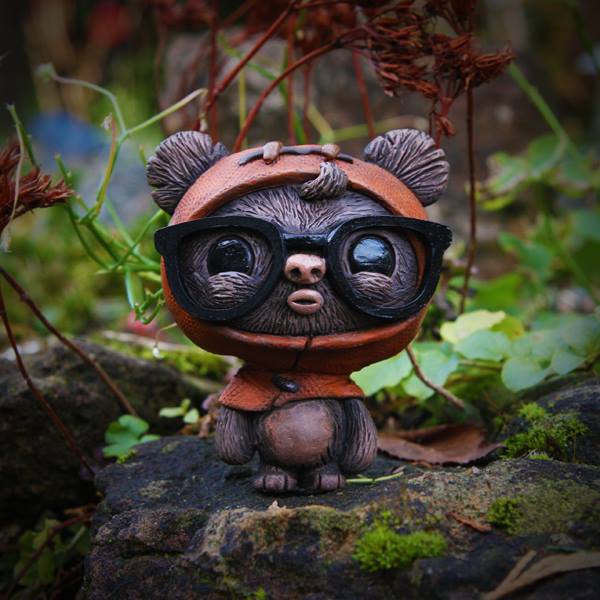 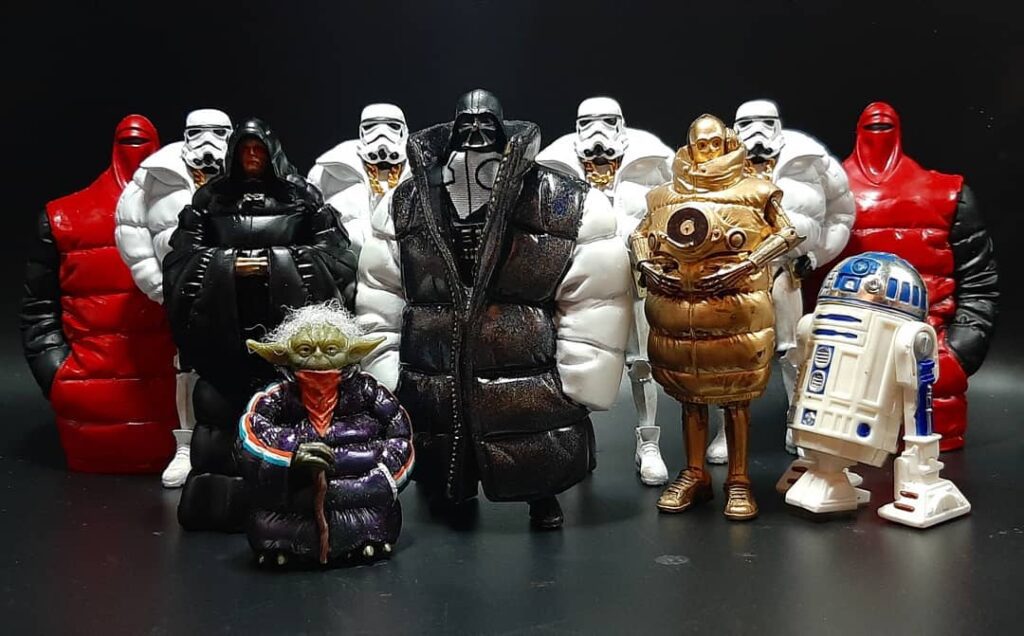 Quentin Tarantino and Stanley Kubrick have not only established themselves as the greatest directors in the cinema history. For one thing, The Bride from Kill Bill (2003) won over Medicom Toy who released their famous Be@rbrick 400% The Bride dressed up in the character’s iconic yellow jumpsuit with black stripes. And the sinister Grady twin sisters from The Shining (1980) also jumped off the screen to land on Twins, limited edition sofubi (soft vynil toys) created by Awesome Toys… 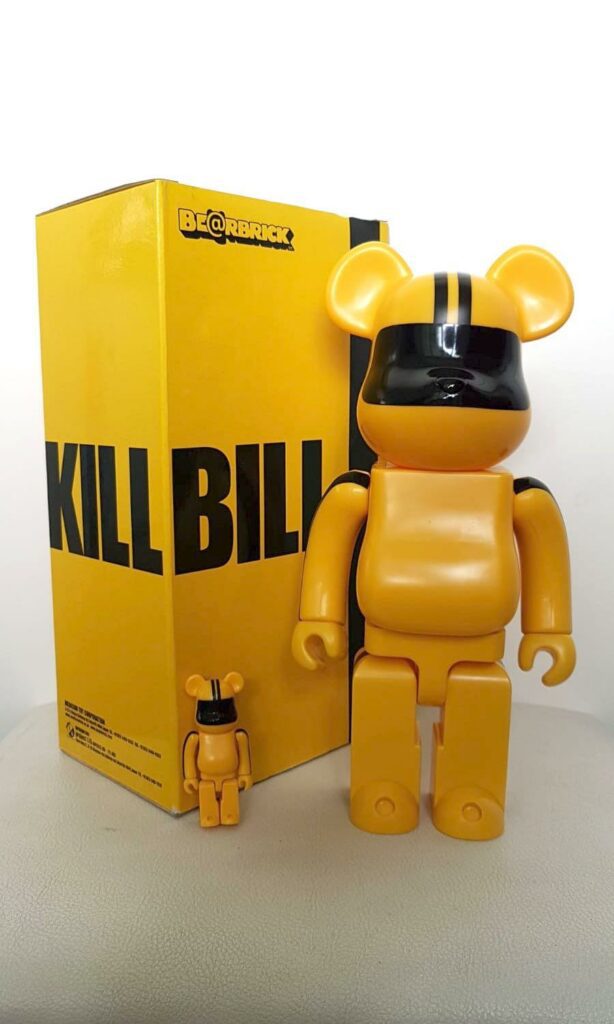 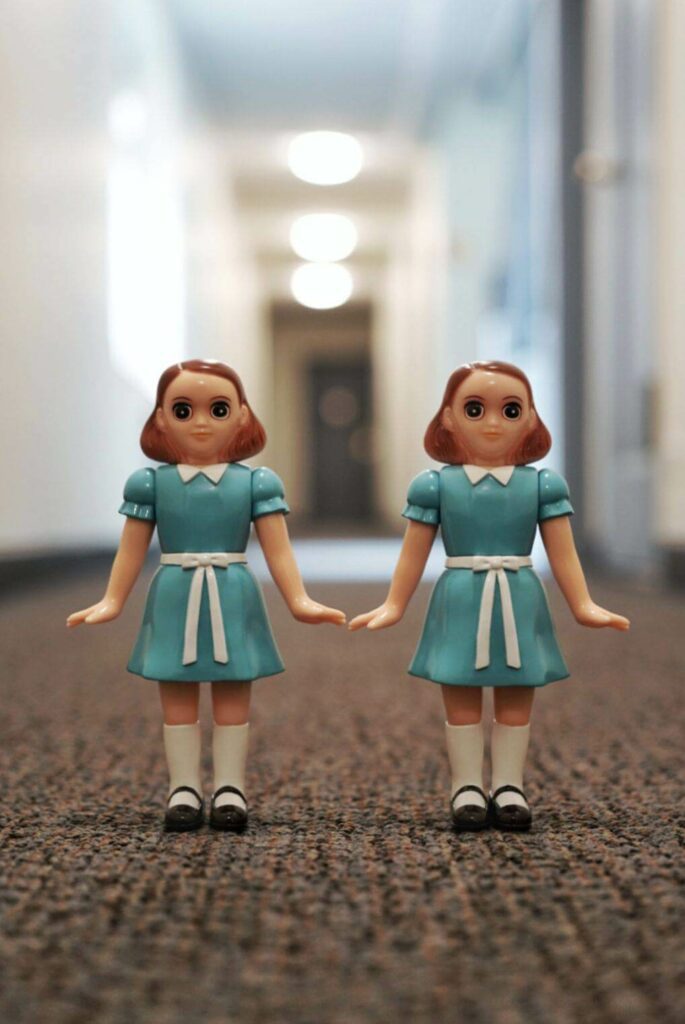 In a pure journey into nostalgia, the artists and designers of Art Toys take us back to our most cherished childhood memories, reincarnating our most beloved characters in small collectible figures.

One of those in charge of taking us on this journey is undoubtedly Jason Freeney. This American artist anatomically dissects all kinds of characters from popular culture. The result? Sculptures both cute and creepy, camouflaged in limited edition toys. “The maker of groovy things”, as he calls himself, has dissected characters as varied as the members of Sesame Street, Barbie dolls, Lego, or more modern cartoon characters such as the endearing console BMO from Adventure Time or the most famous yellow sponge on the planet: SpongeBob SquarePants. 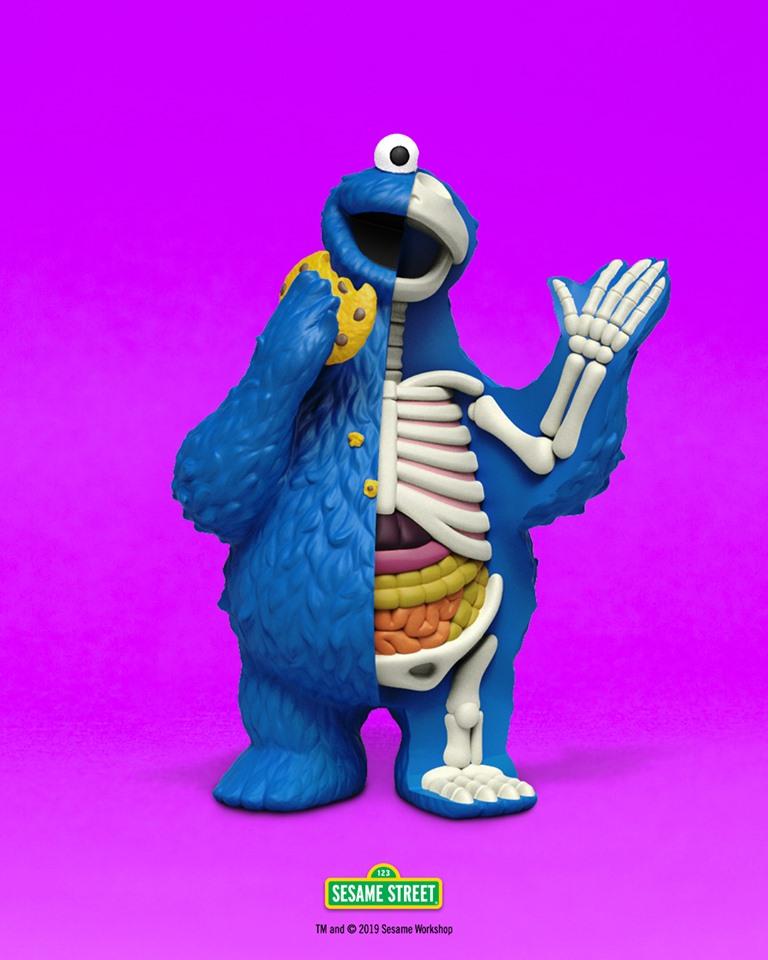 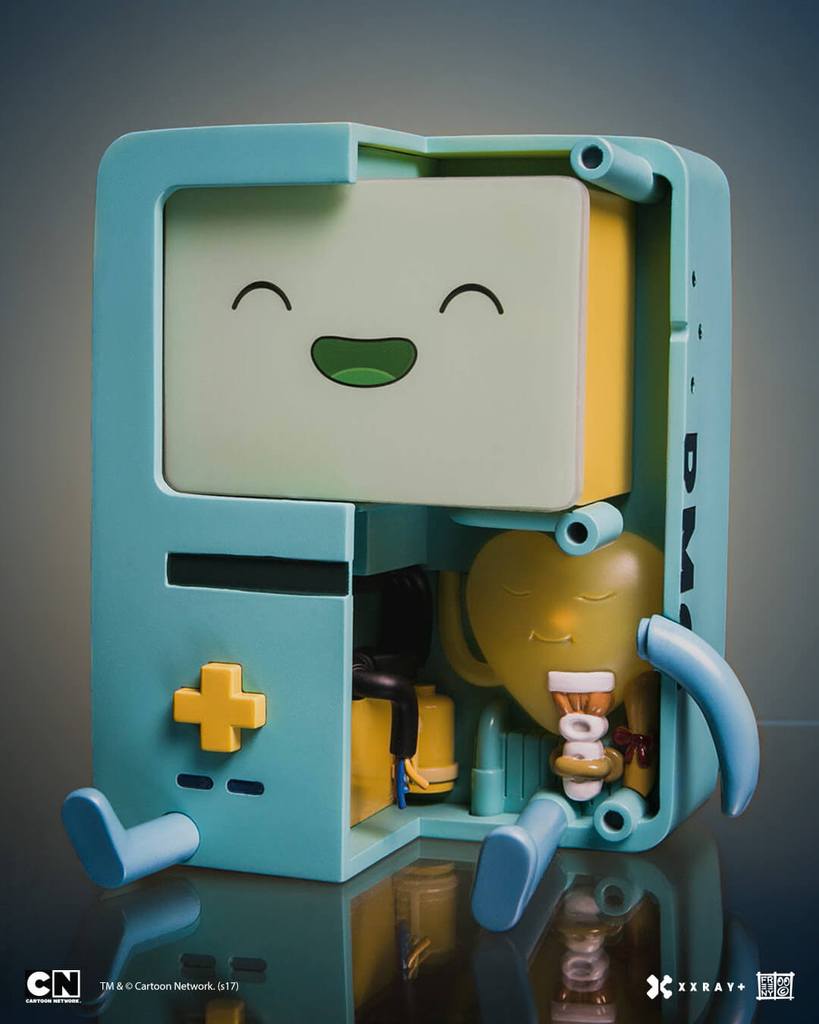 As in cinema, in animation and cartoon characters we also find the big star in the world of Art Toy. We are talking about the world’s most recognisable silhouette and the emblem of the Disney company: the famous mouse with the big black ears, Mickey Mouse. From this icon artists have created all kinds of reinterpretations, from the gloomy version of the artist Theodoru with his cadaveric Kranyus; the gamer version of the mouse in Cont’n’roller by the artist Yosuke Ueno, a sofubi that pays homage to Nintendo’s second video console; or the most steampunk version London Steampunk Mouse Murphy, born from the collaboration between the artists Ron English and Henry Chebaane. 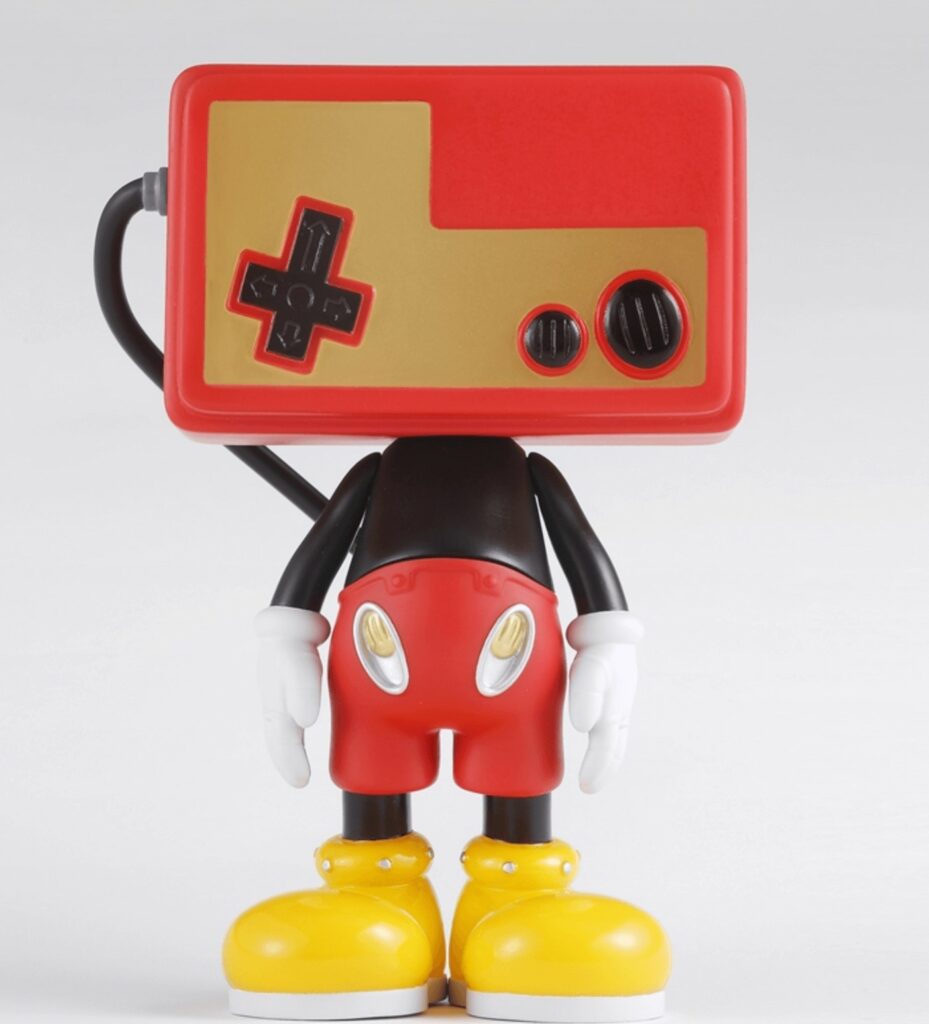 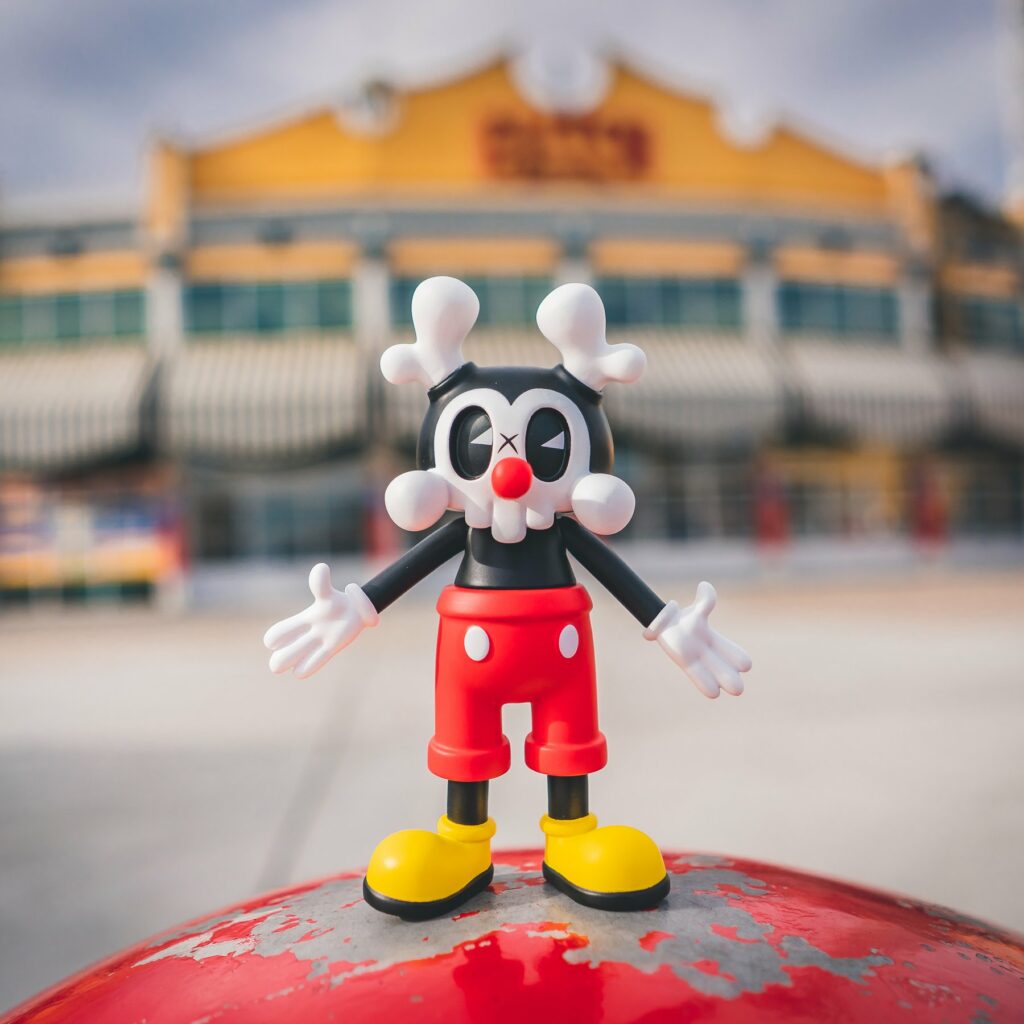 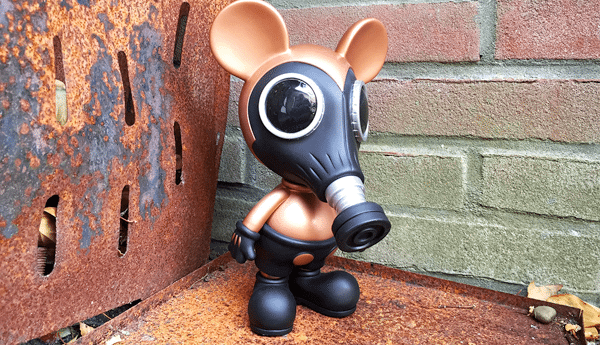 But it’s not all about references to popular culture – the inanimate also comes to life in these designer toys. Using these collectible figures as a means of dissemination and bringing the greatest works from the history of art to the public, art institutions and foundations collaborate with the production companies to be part of this Art Toy fever.

Medicom Toy has joined forces with the Van Gogh Museum and the Andy Warhol Foundation to pay tribute to these great names in the history of art through its most iconic piece: the Be@rbricks. He has also collaborated with artists such as Brandalism, whose work and production of toys is inspired by the work of Banksy. In love with the kitschiest Puppy in art? Well, artist Whatshisname with POPek brings you his most intimate side, presenting the most famous balloon dog squatting proudly. 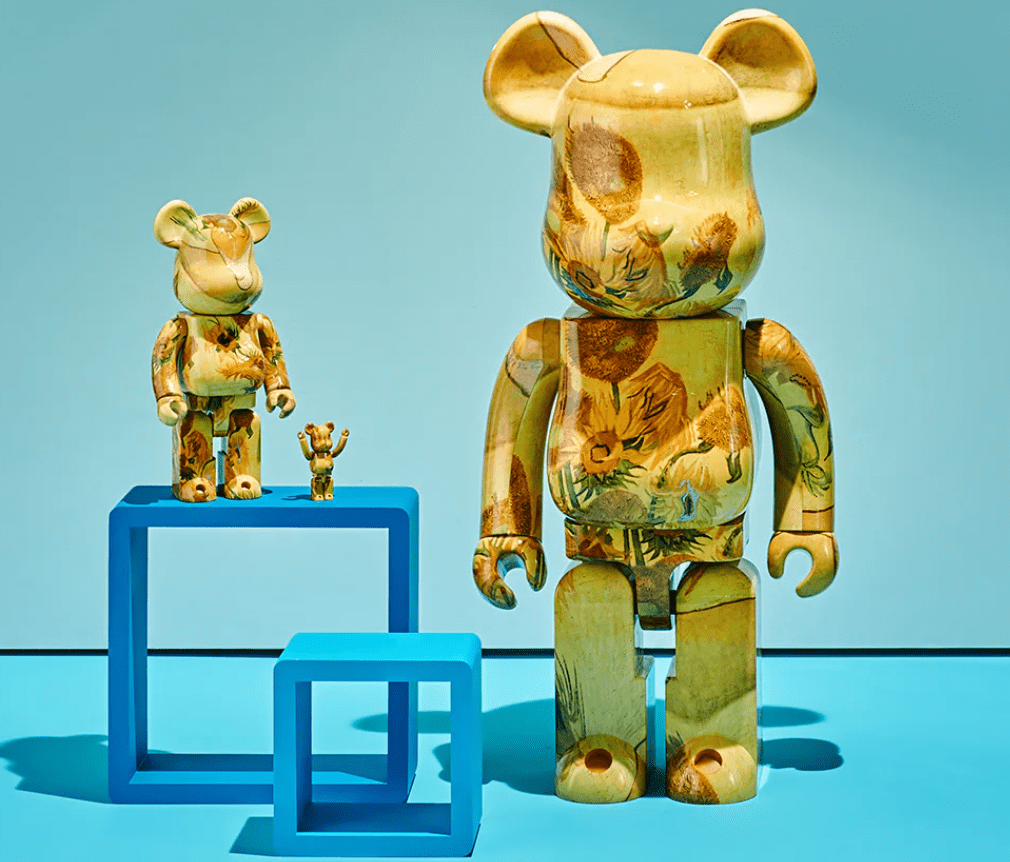 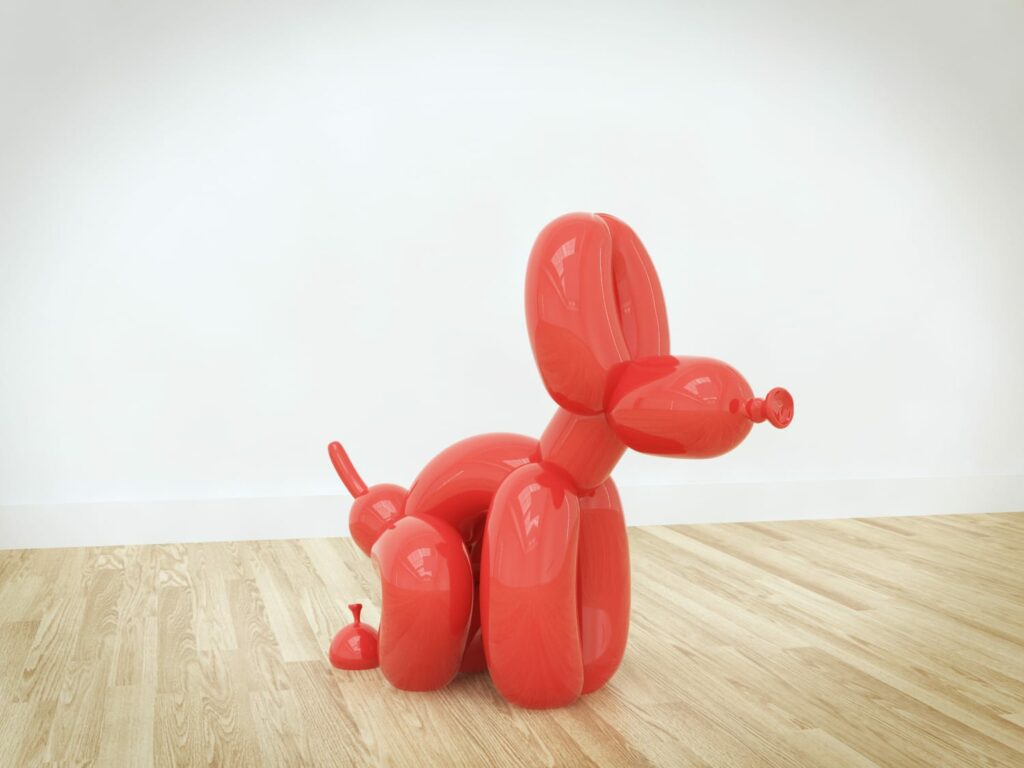 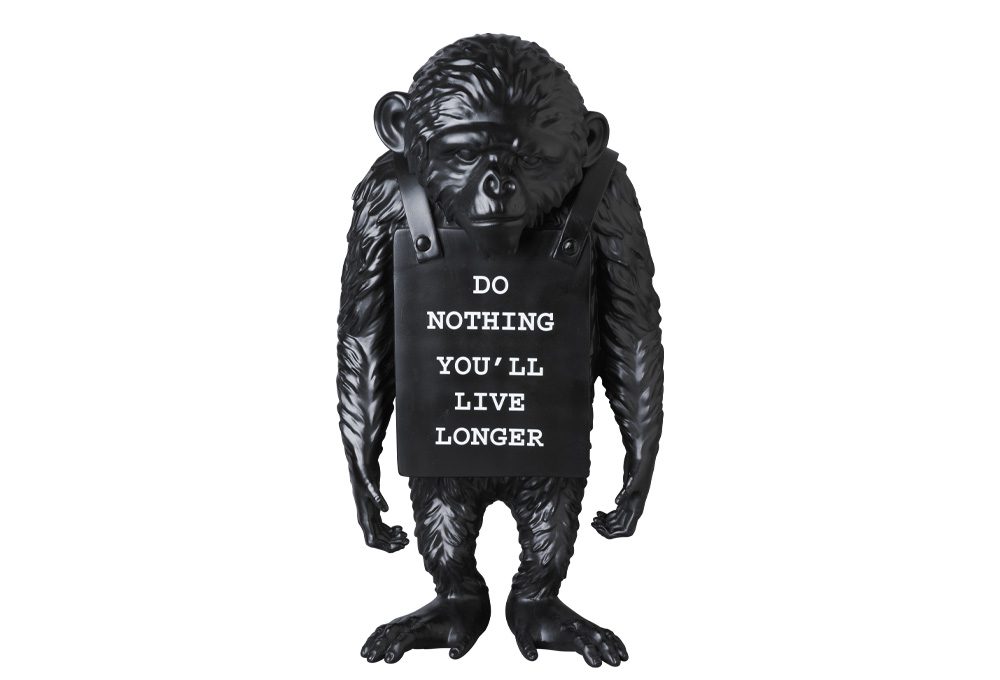 Creativity finds no rest in the world of Art Toys design. Artists, designers, producers, and large production companies are part of a revolution that creates artistic possibilities where there were none before. New experimentations that have engaged them in affordable pieces for the home that combine functionality with aesthetics, because why settle for a merely decorative piece?

Give Up, the brilliant tomato-shaped lamps by Piet Parra produced by Case Studyo, come to mind. Or Amphora, a reinterpretation of classic amphorae where graphic designer James Jarvis, also in collaboration with Case Studyo, has created a timeless piece in a simpler approach where the focus is on drawing.

If one thing is clear, it is that the world of Art Toy can turn your home into a real museum for much less than you might expect. 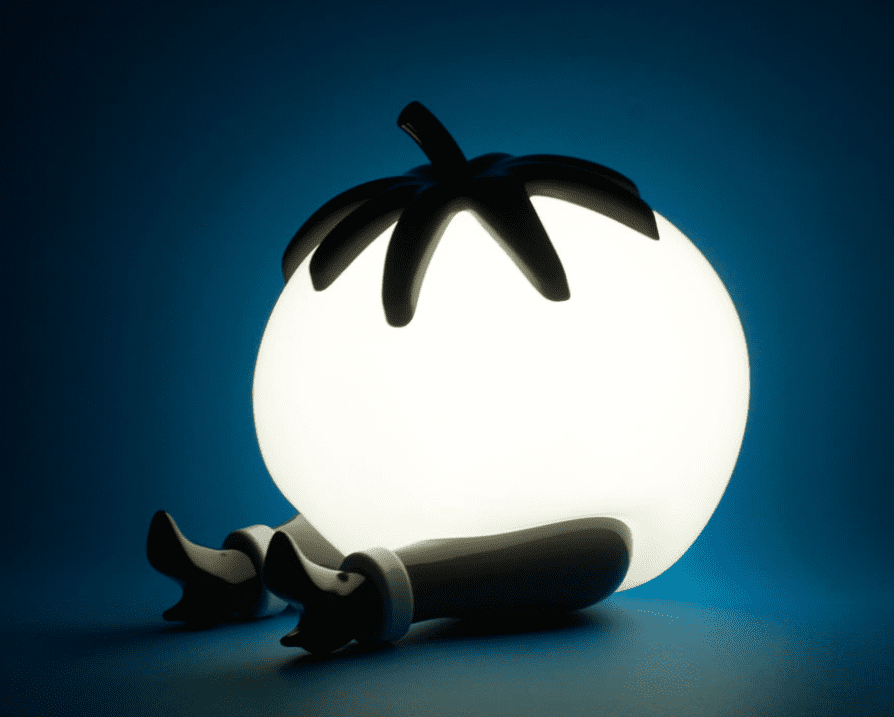 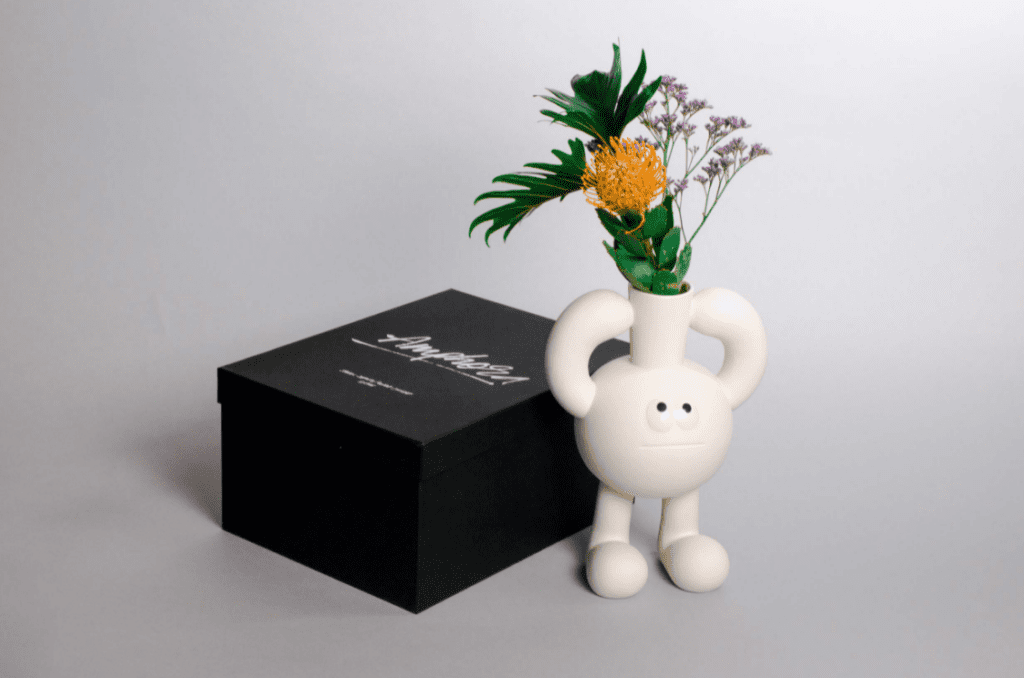