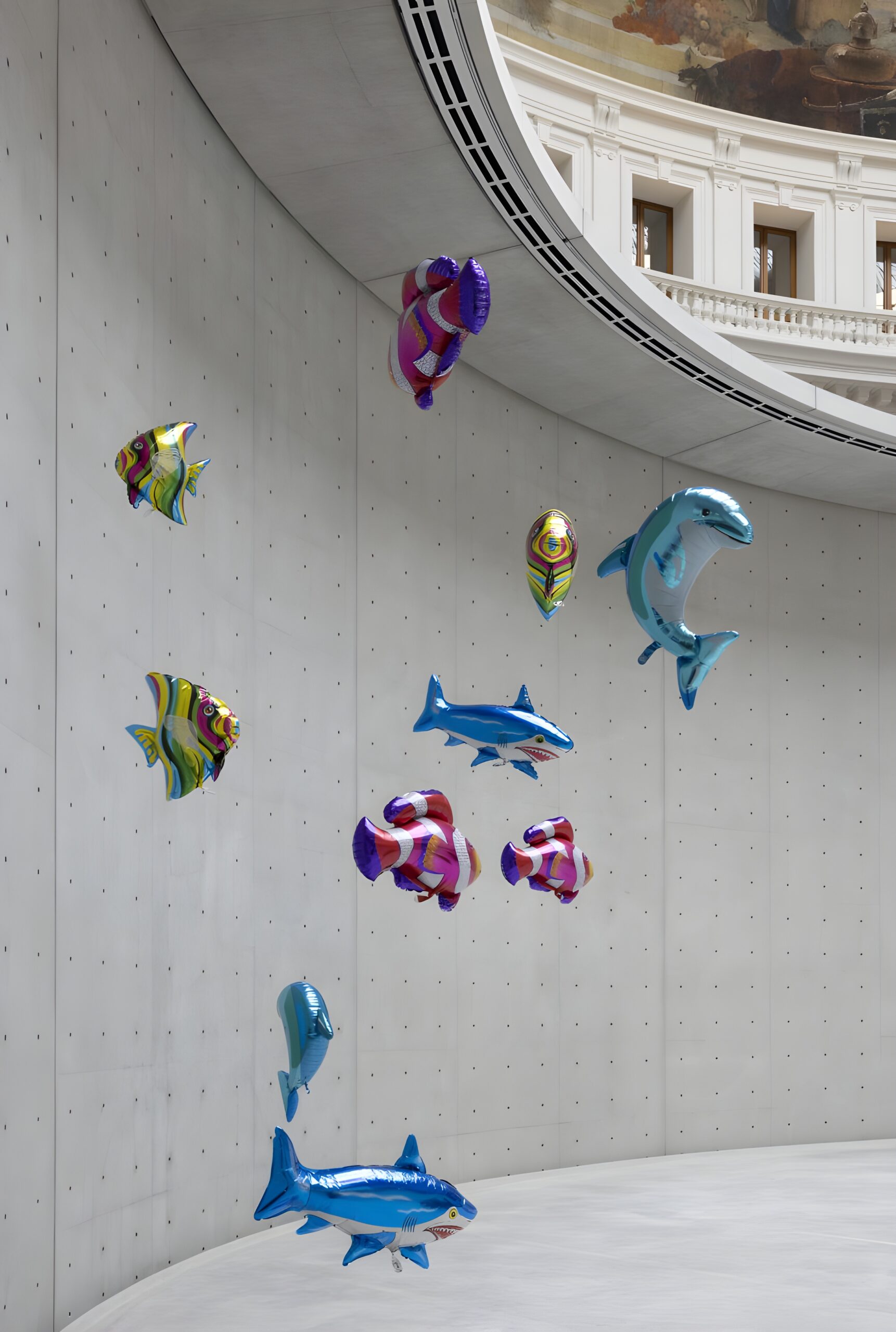 The start of September marks the ending of the summer vacations, the return to the routine, setting the alarm clock to get up early again… But it’s not all bad news because September is also the start of a new exhibition season. Galleries fill up with fresh proposals to welcome autumn, and cities like Barcelona and Madrid take the opportunity to expand their audiences with the Barcelona Gallery Weekend (Sept. 15-18) and Apertura Madrid Gallery Weekend (Sept. 8-11). We’ll tell you all about it! 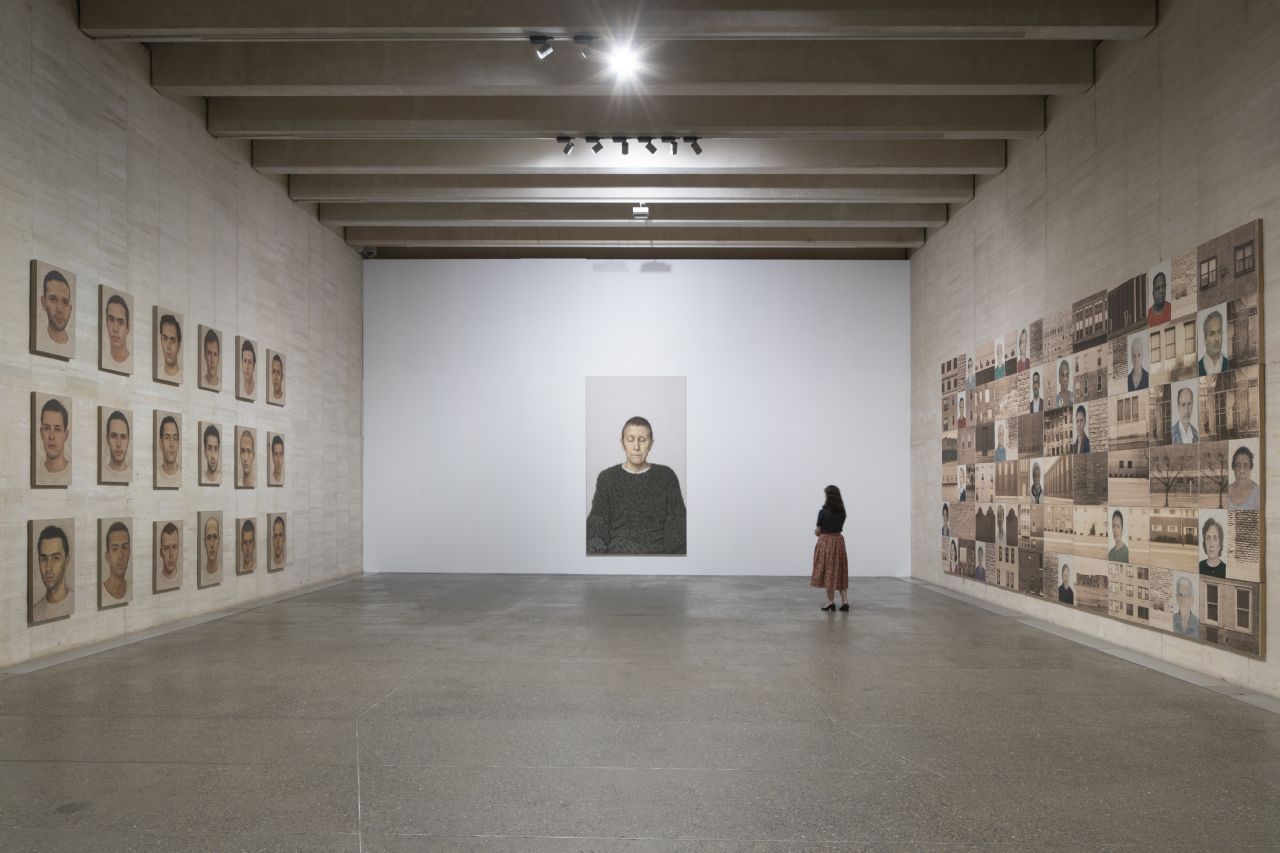 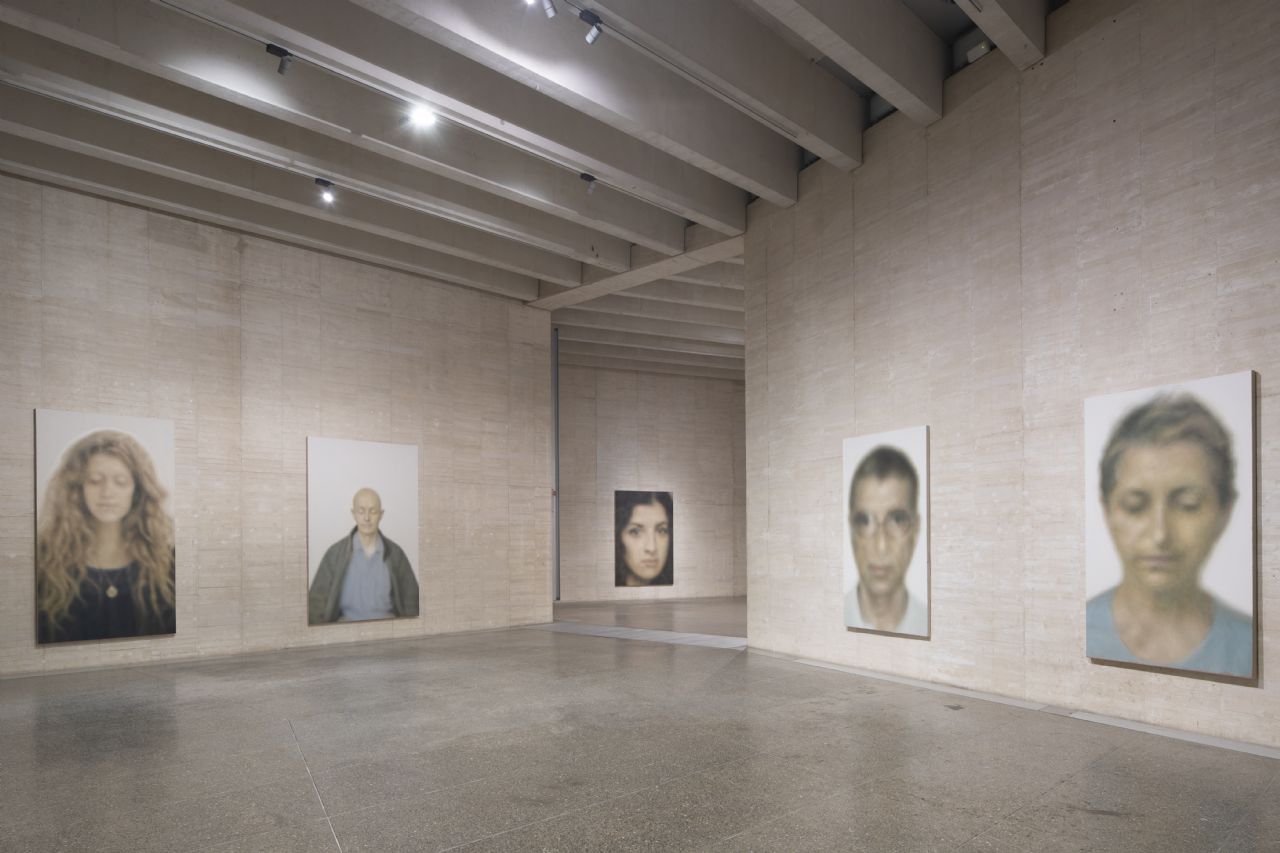 In collaboration with the support of the Gagosian gallery, the Museo de Arte Contemporáneo de Castilla y León brings together 30 years of work by Iranian-American artist Y.Z. Kami. The exhibition investigates how matter, spirit, outward appearance and inner life are in constant movement through a variety of the artist’s projects englobing portraiture, installation and sculpture. 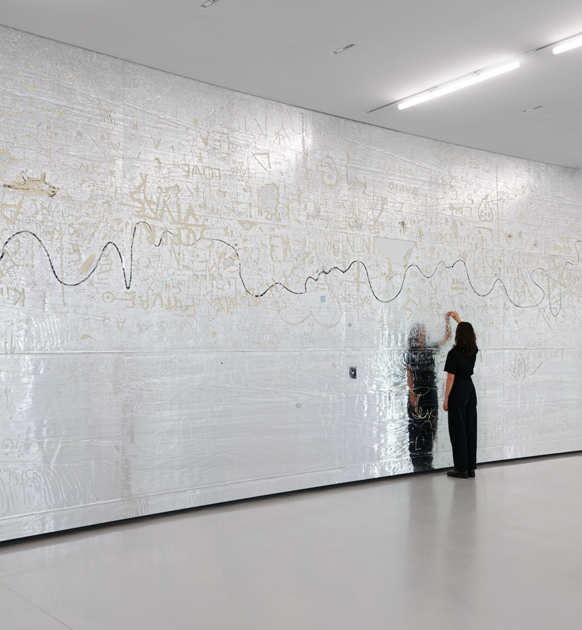 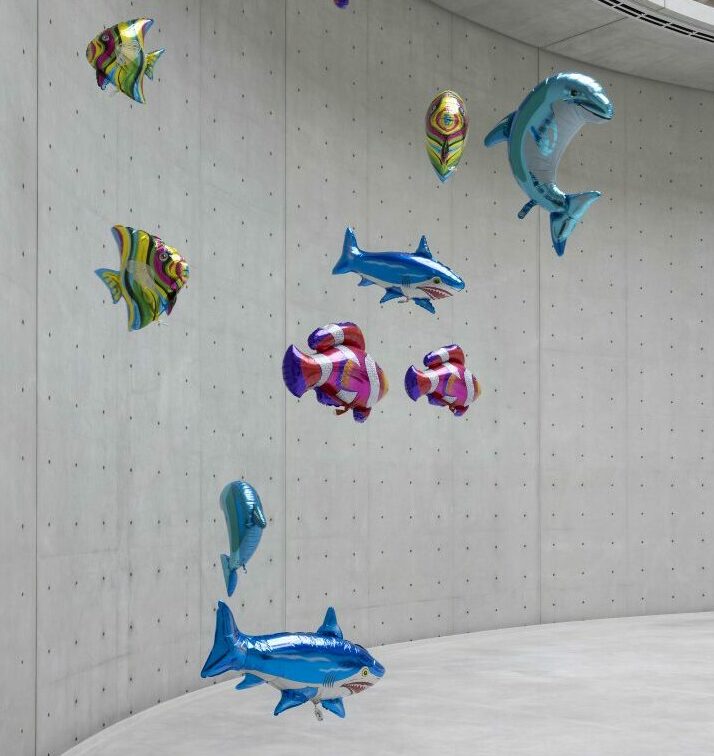 The exhibition creates a dialogue between the building and the art, interacting in a landscape that adapts from the darkness of the first floor to the luminosity of the upper galleries. 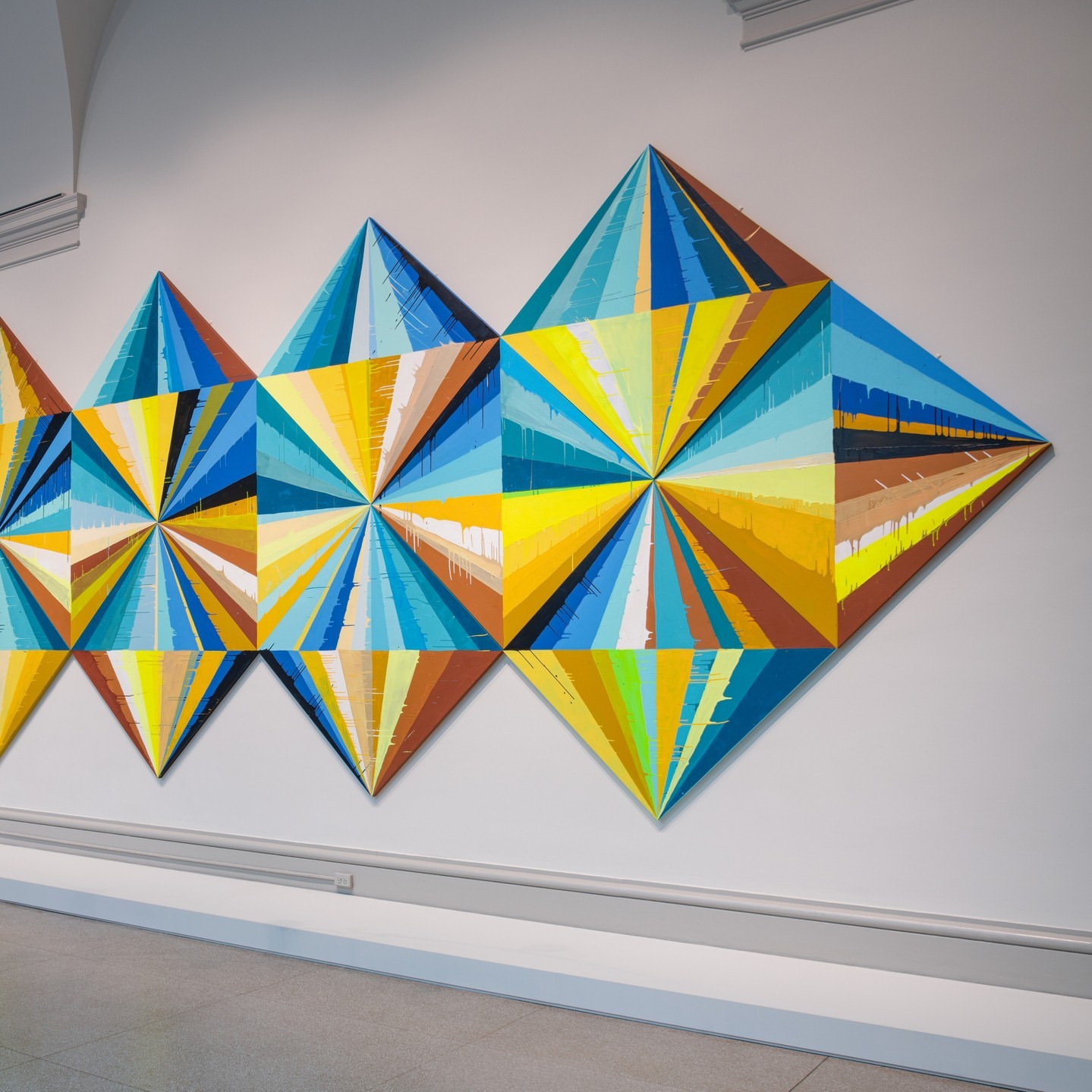 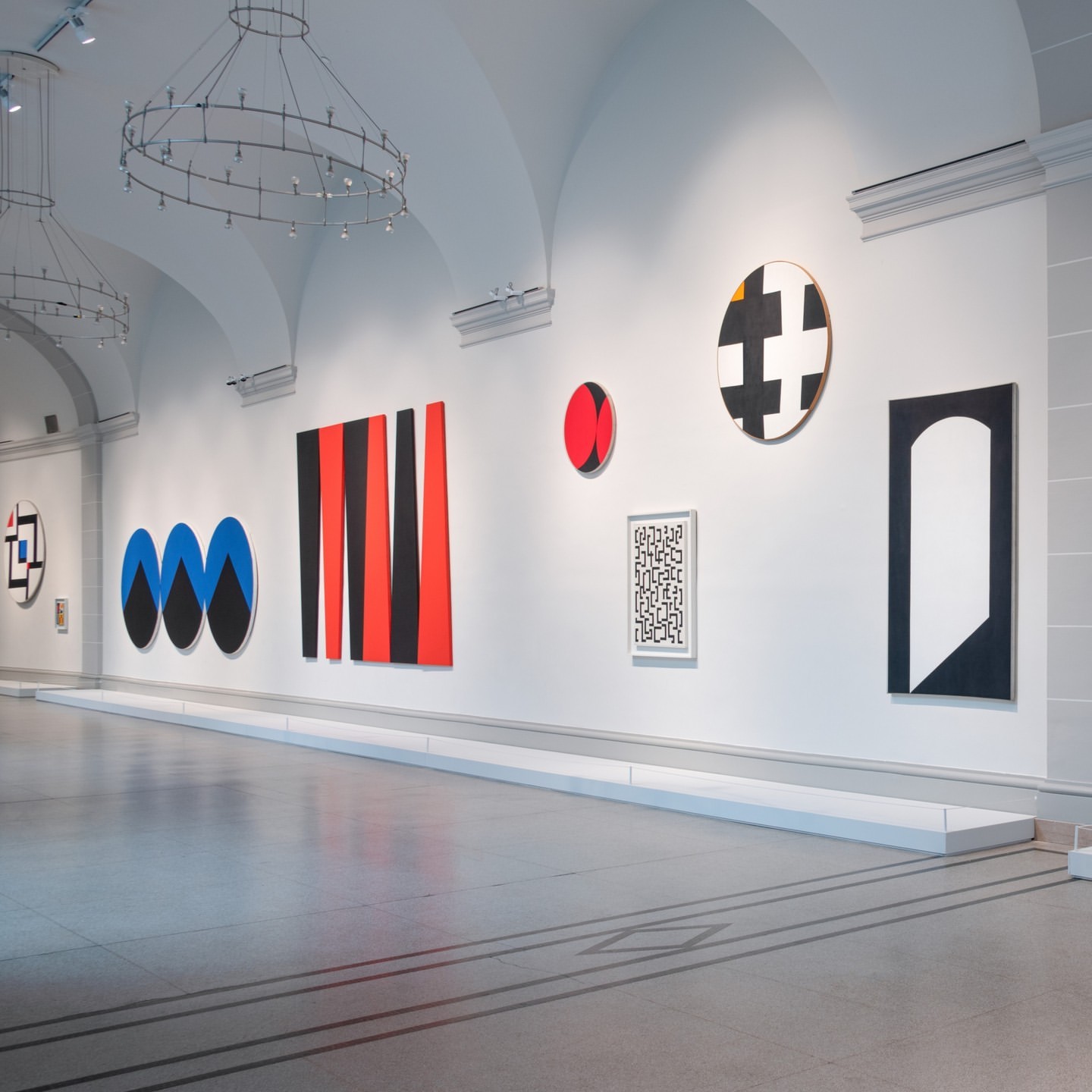 The works on view were inspired by Smith’s extensive collection of paintings. The other three, who now reside in Brooklyn, connect with the space in new ways in their most recent creations: Hayuk with her sensitive and abstract modular pieces, Yanko with his metal and paint sculptures, and Parlá with his expansive environmental paintings. 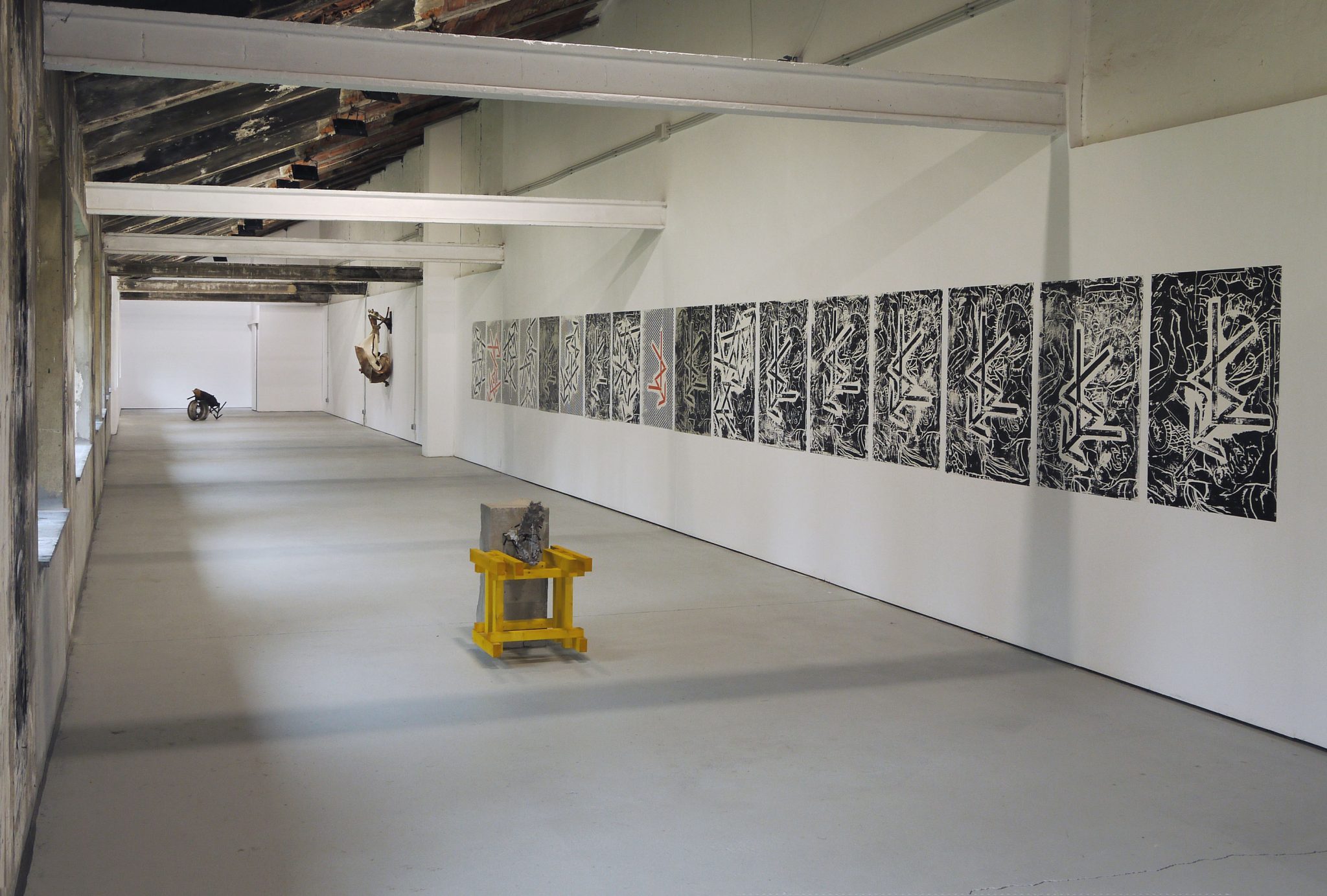 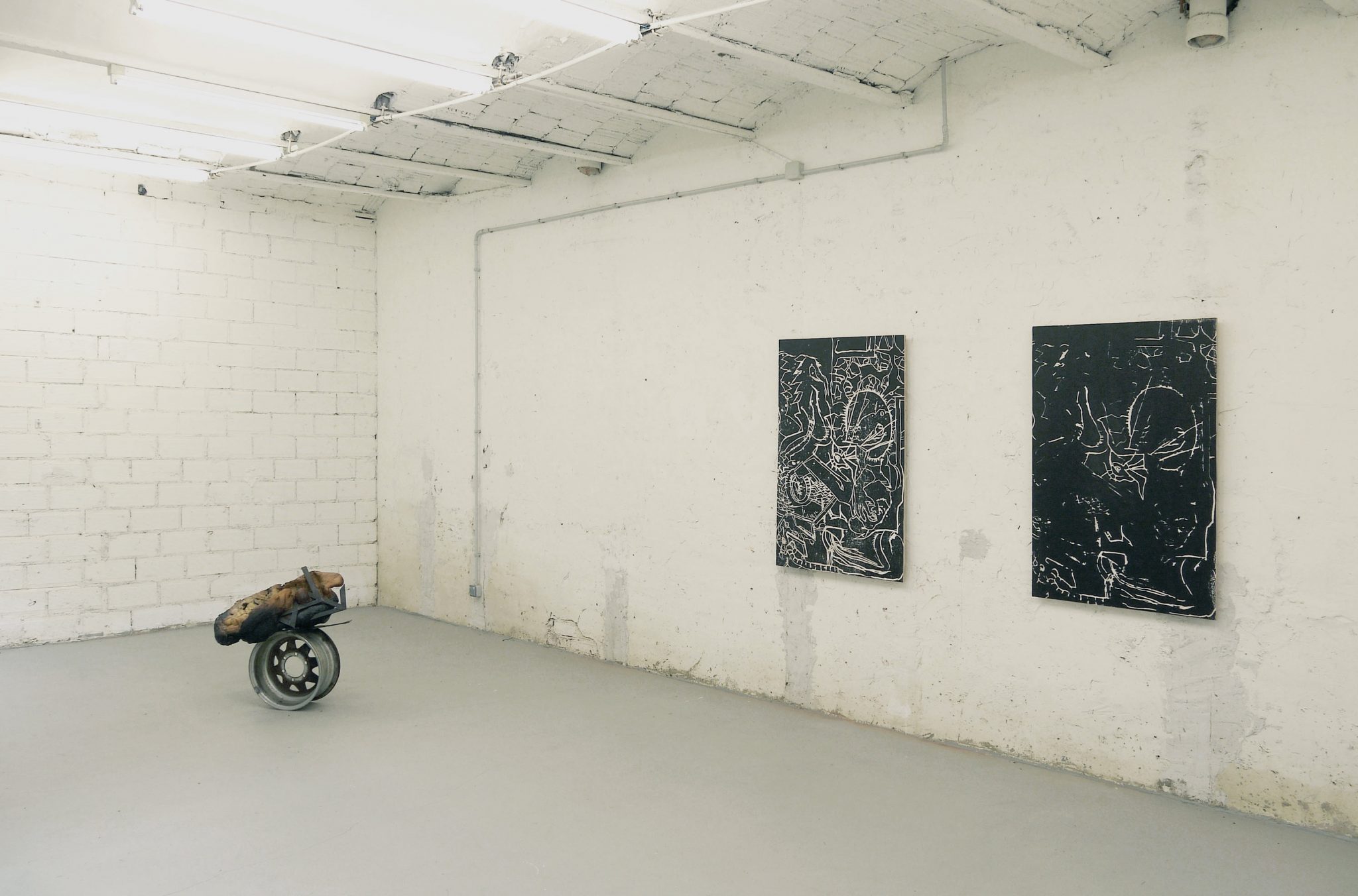 Located in a natural environment, the ATM gallery in Gijon with the collaboration of Espacio Valverde inaugurated last Saturday, August 27, the CULEBRA project: “A state of coexistence, between two defects: thinking too much and doing too much, two states that watch over each other”, as the gallery defines this exhibition that aims to confuse the work of artists Alfredo Rodriguez and David Martinez Suarez. “One of Us” de Yann Leto

In the neighborhood of Chueca we can find from September 3rd the world of French artist Yann Leto, based in Madrid and recently in Rome, and whose work represents a coexistence between classic and modern elements through which he expresses his critical socio-political vision. Marked by human weariness, the characters in his canvases, inspired by press clippings and images from the Internet, are often shown as victims of emotional loops. In the “One of Us” exhibition we will witness the deindividualization to which human beings are subjected when trapped in a global society that determines their way of life. 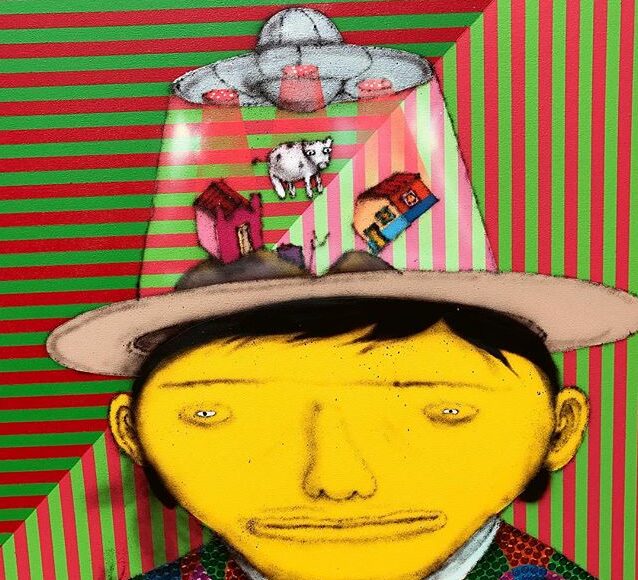 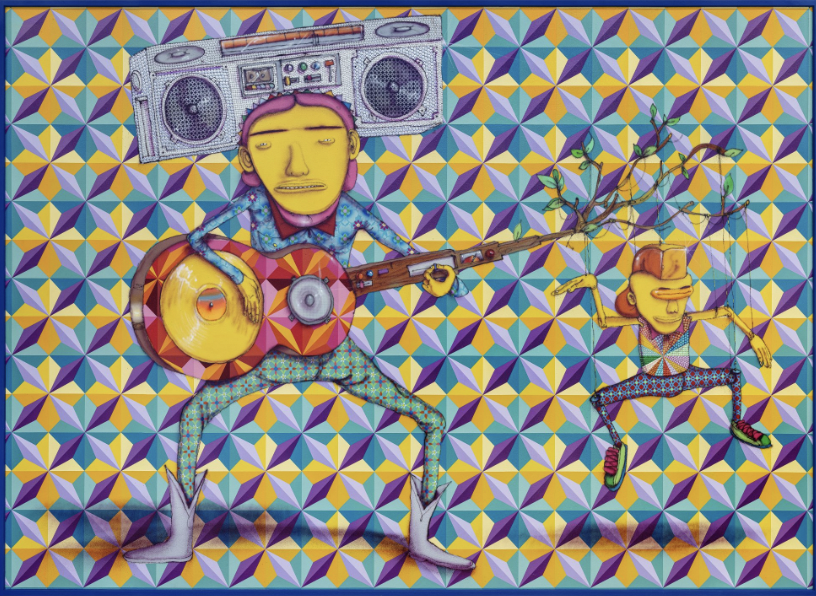 “When the leaves turn to yellow” by Osgemeos

From September 7th until December 4th

For the first time in Spain, the artist duo formed by the twins Otávio and Gustavo Pandolfo will exhibit a series of 22 works created between 2006-2022 at the Centro de Arte Contemporáneo de Málaga. It will also include a sound installation that invites the viewer into the duo’s imaginary world full of influences from hip-hop and Brazilian culture. 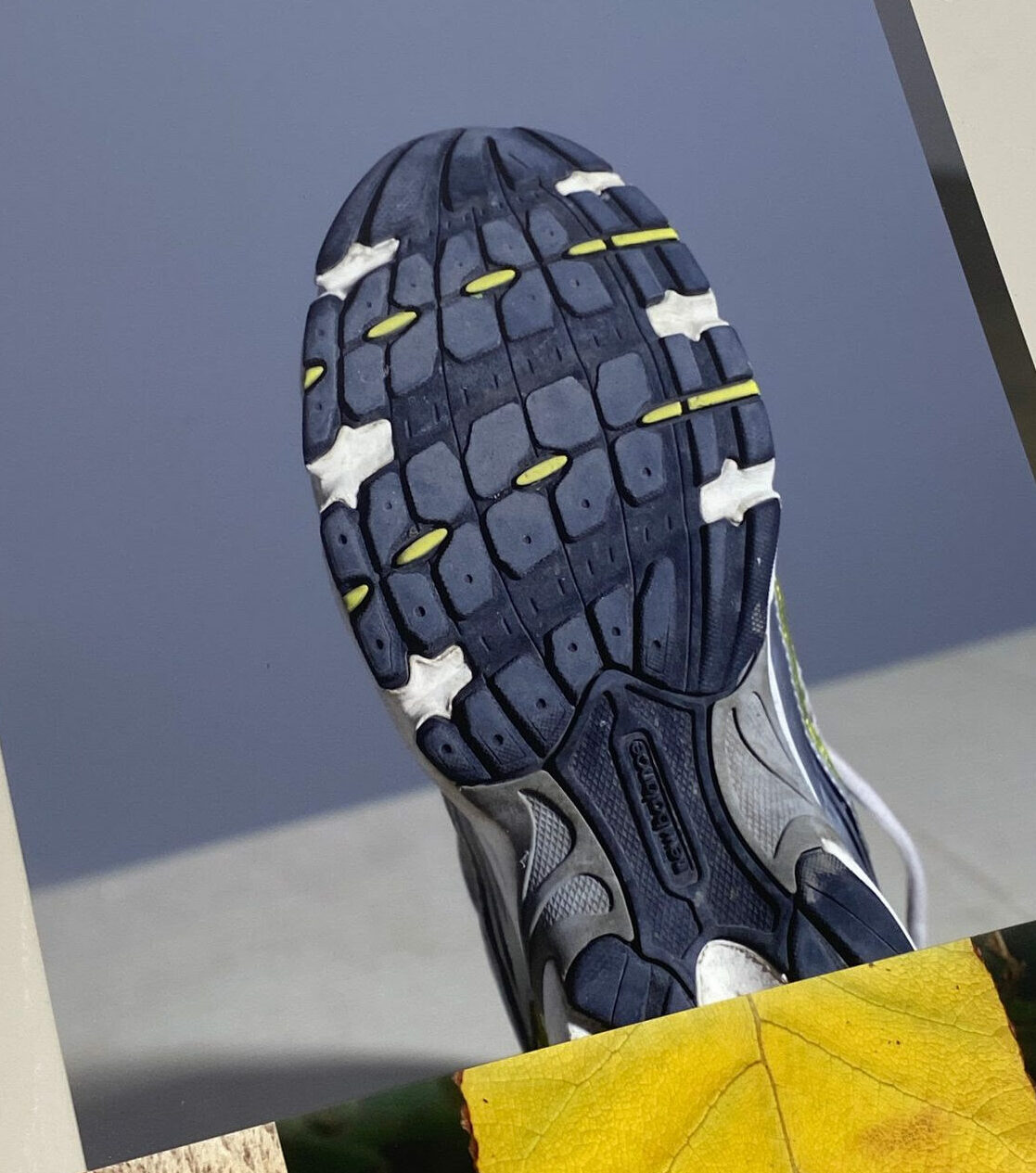 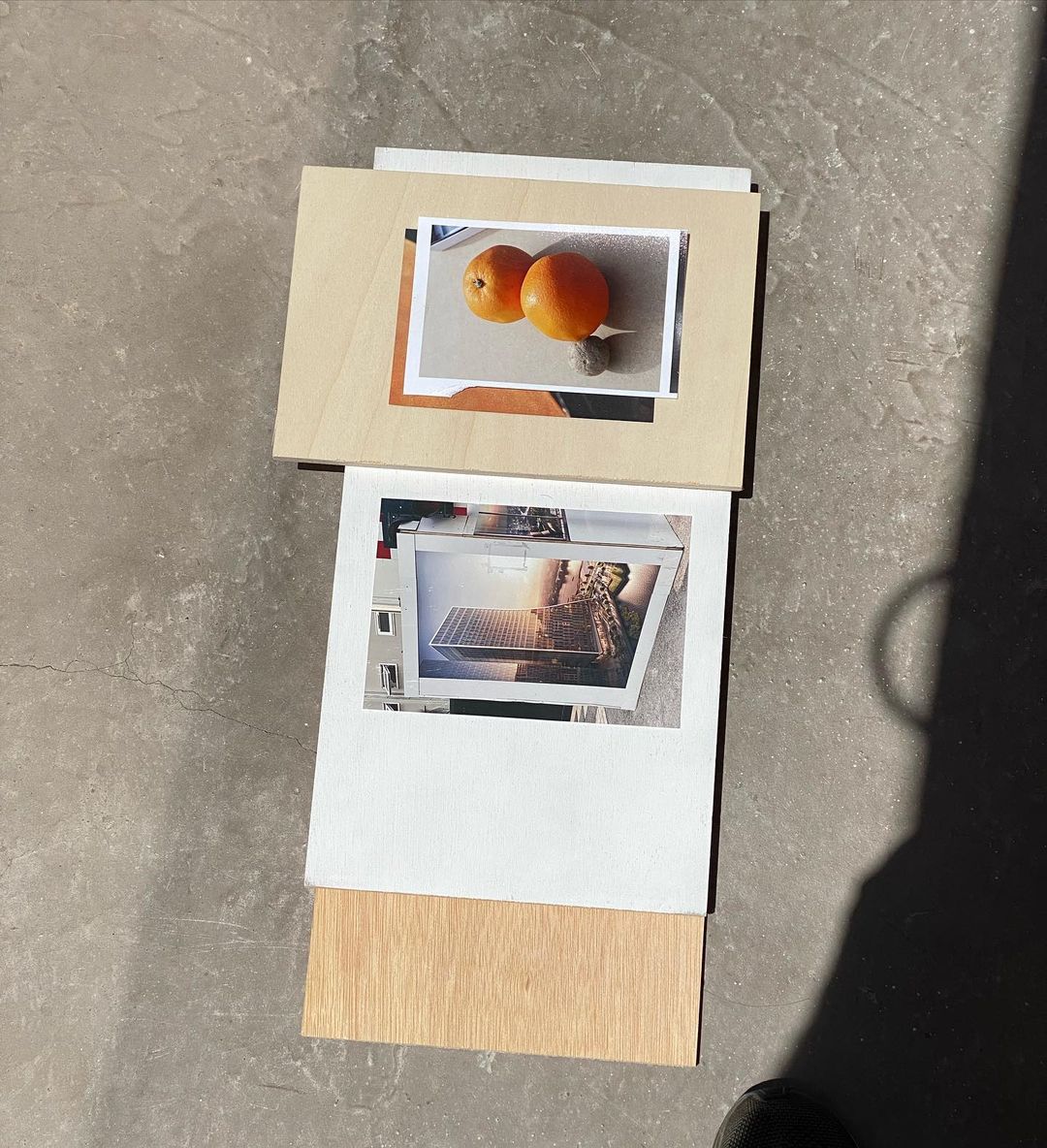 What used to be a old car repair shop became Pradiauto in the spring of 2021, a gallery and platform for the support of contemporary art that, since its opening, has not ceased to surprise with its proposals. On September 8, “Transformer” will open, an exhibition by Alberto Feijoo from Alicante that will explore the limits of the materiality of the image by merging architecture, photography and installation. 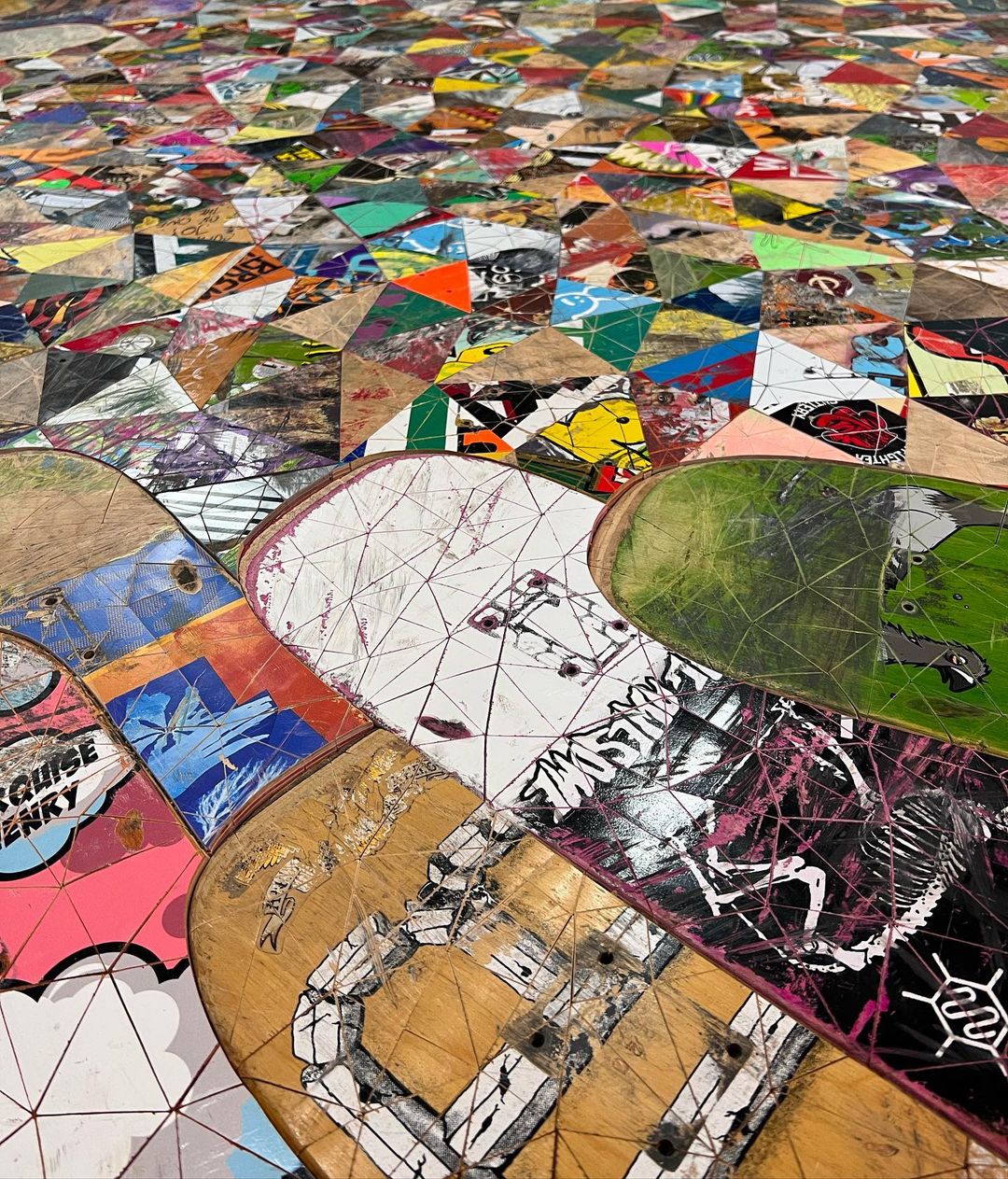 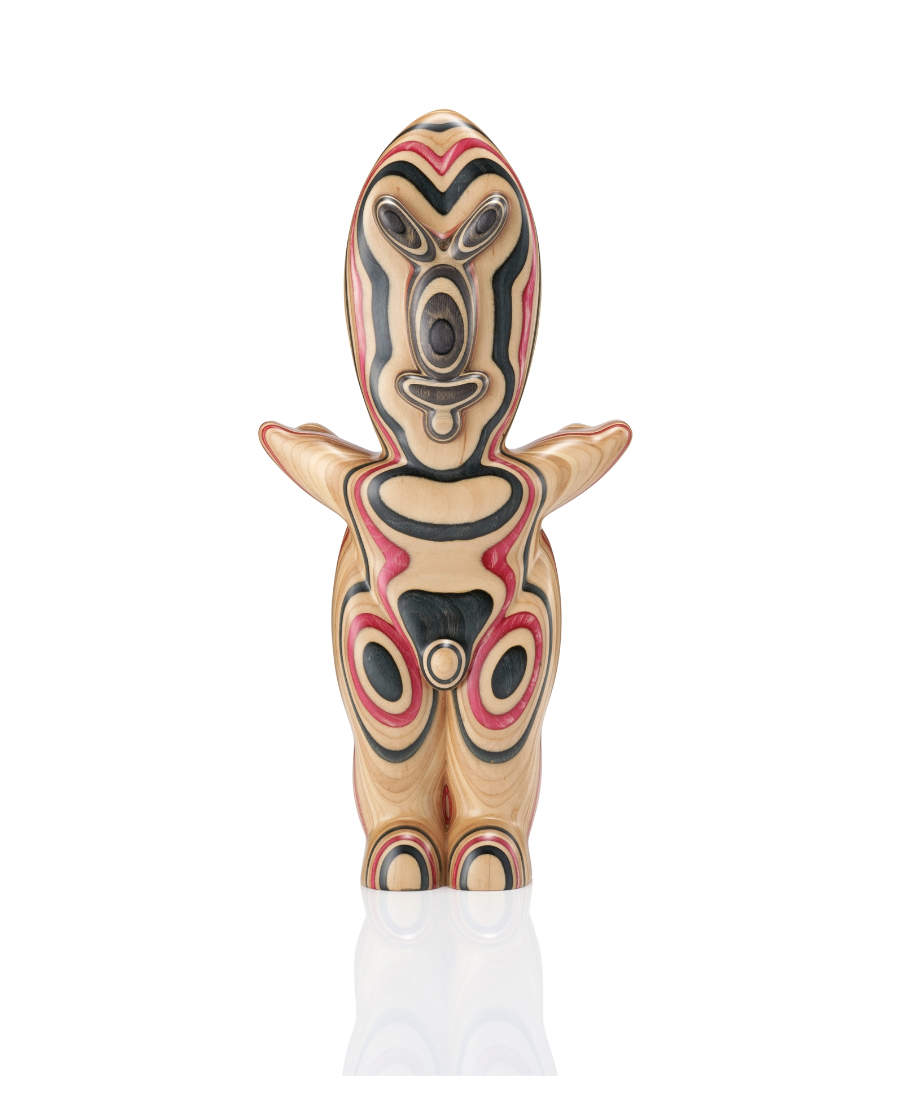 “Dive Into the Pit” by Haroshi

The skateboarding world is characterized by a vision of the environment different from the others, the ability of skateboarders to see corners in the street as spots where they let their creativity flourish and try new tricks makes it an activity that redefines everyday objects. Japanese artist Haroshi reinvents boards by creating works of art made from old skateboards from his community.

The exhibition Dive Into the Pit, which opens September 10th at the iconic gallery’s New York location, invites viewers to immerse themselves in skateboard culture and understand the way skateboarders use their bodies to move through the scratches that remain on the board after use. 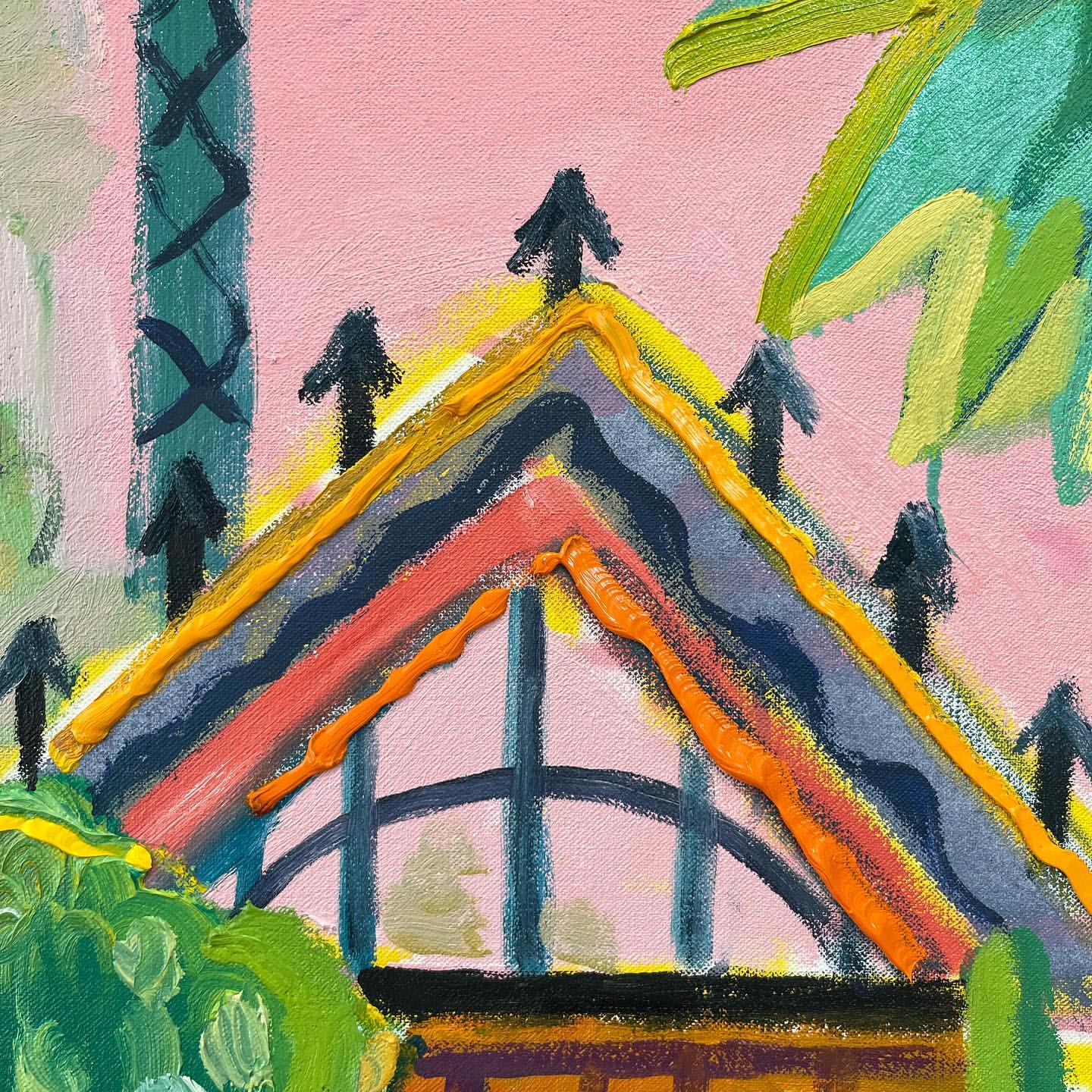 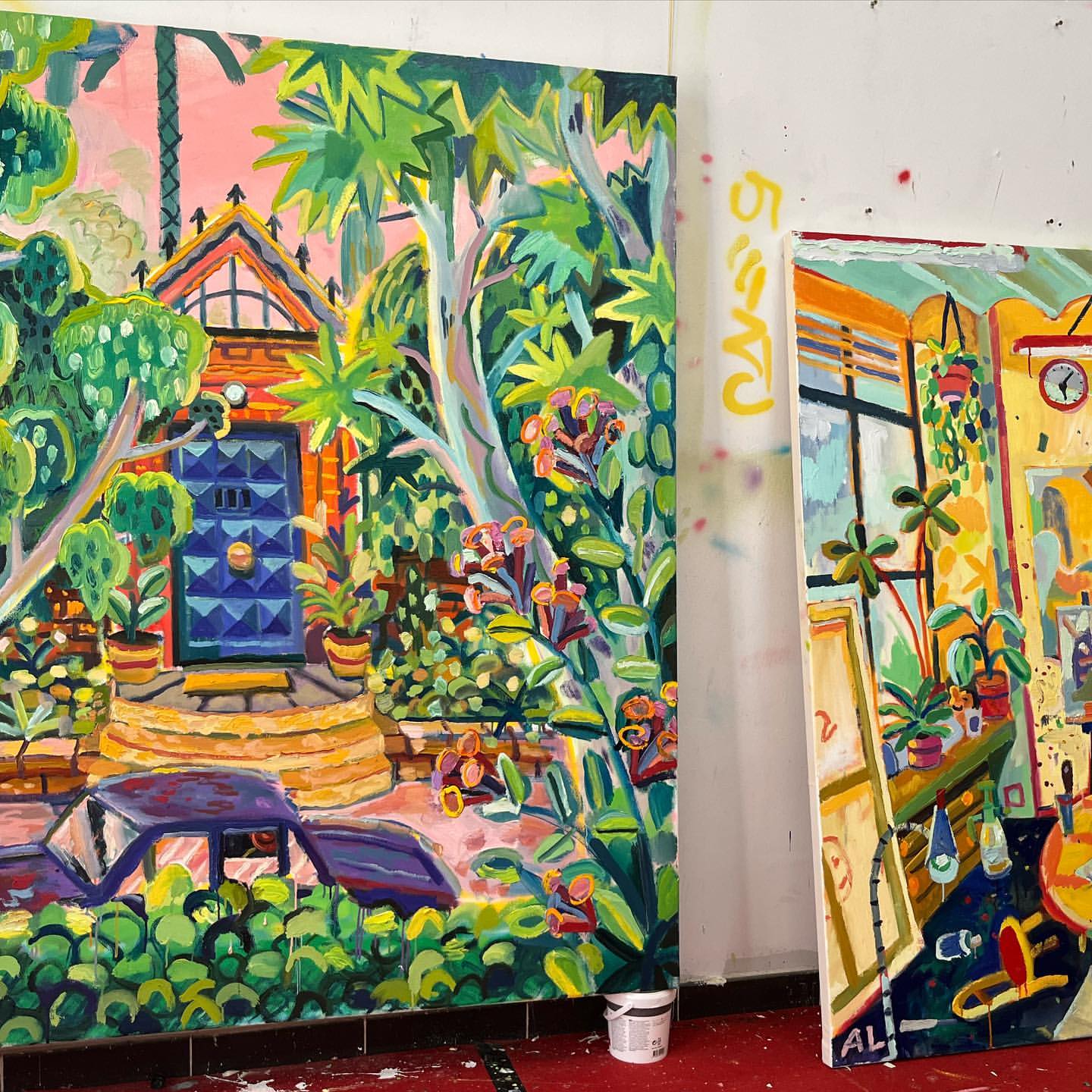 “What you see is What you get” by Andrés Lozano

“What you see is what you get” is Andrés Lozano’s second solo exhibition at La Causa Galería, and the first in the new space in Huertas that opened in April of this year. This new exhibition revolves around the artist’s visual impulses, his plastic obsessions based on architecture, interiors, nature and cinematographic narratives. Showing new works, each painting represents unpublished chapters within the great story shaped series after series. 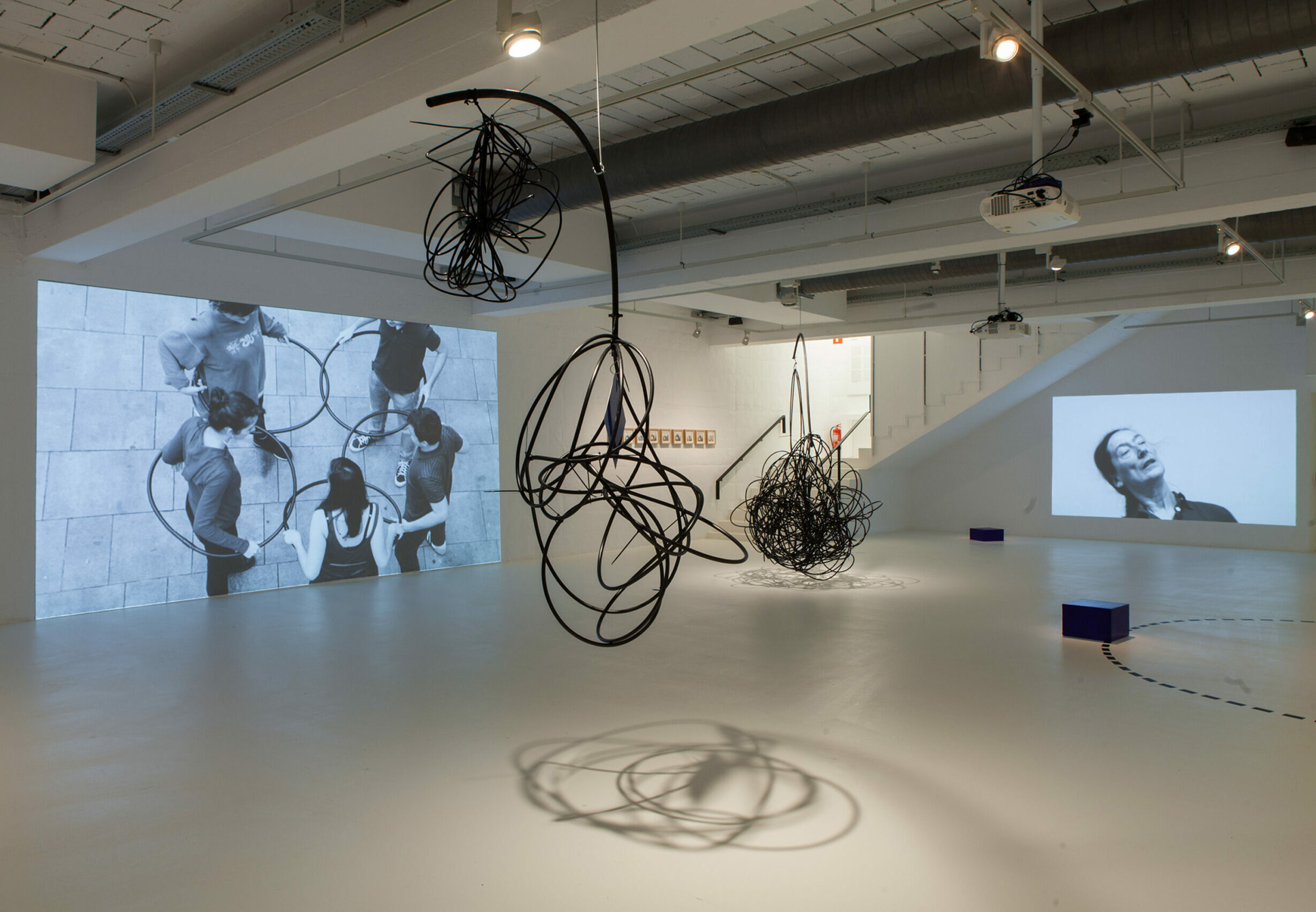 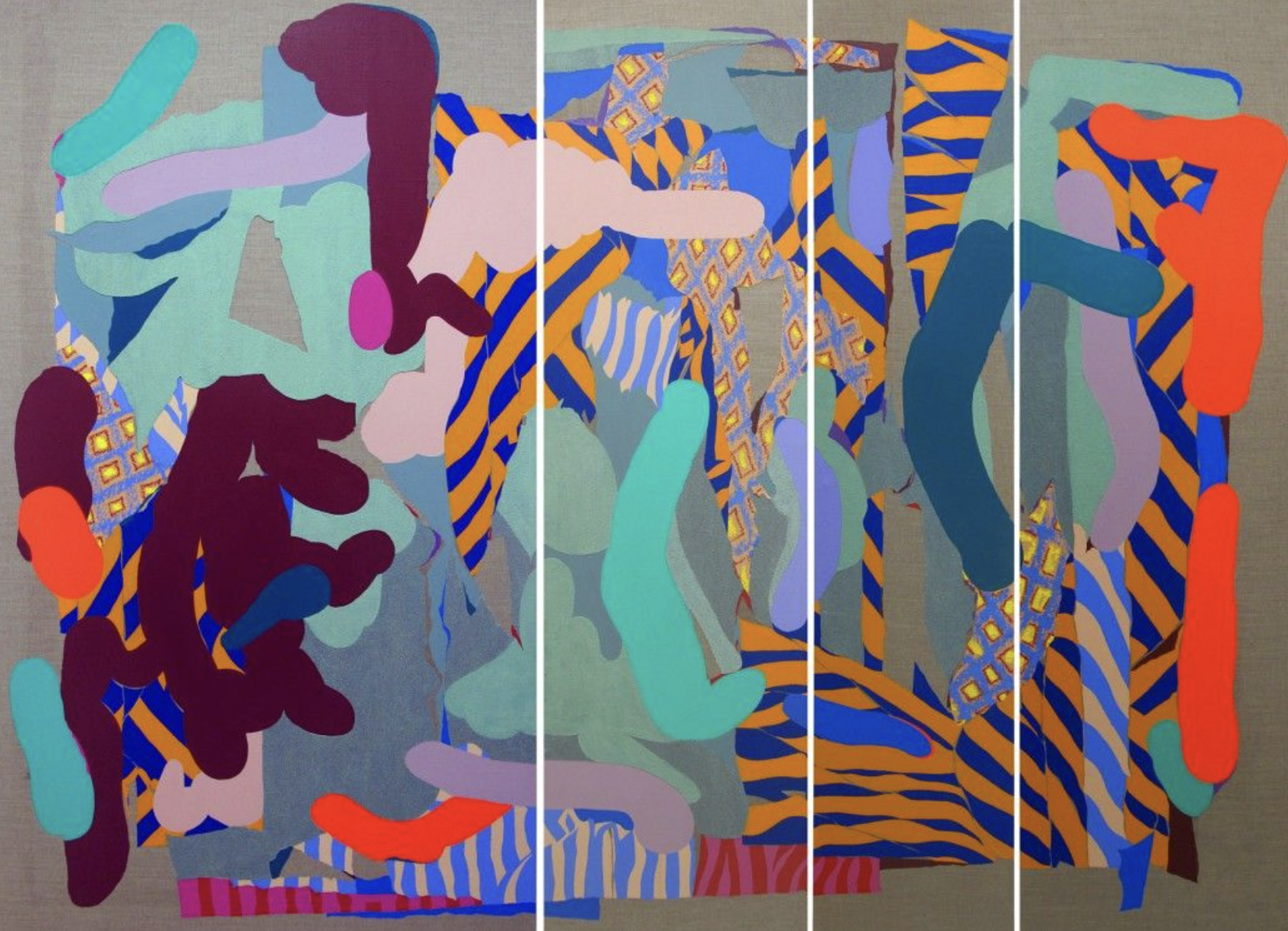 In Madrid you can enjoy the great event that launches the exhibition season in the capital. Under the slogan “¡Vente de galerías!” Apertura celebrates its 13th edition with the participation of 55 Madrid galleries, which can be visited for four days while participating in a program full of activities and free-access talks.

Among the participating galleries we are especially looking forward to the solo shows by Jesús Zurita at Herrero de Tejada, Rosana Antolí at The Ryder, Charlie Billingham at Travesía Cuatro, Nuria Mora at We Collect and Gloria Martín at Galería Silvestre. 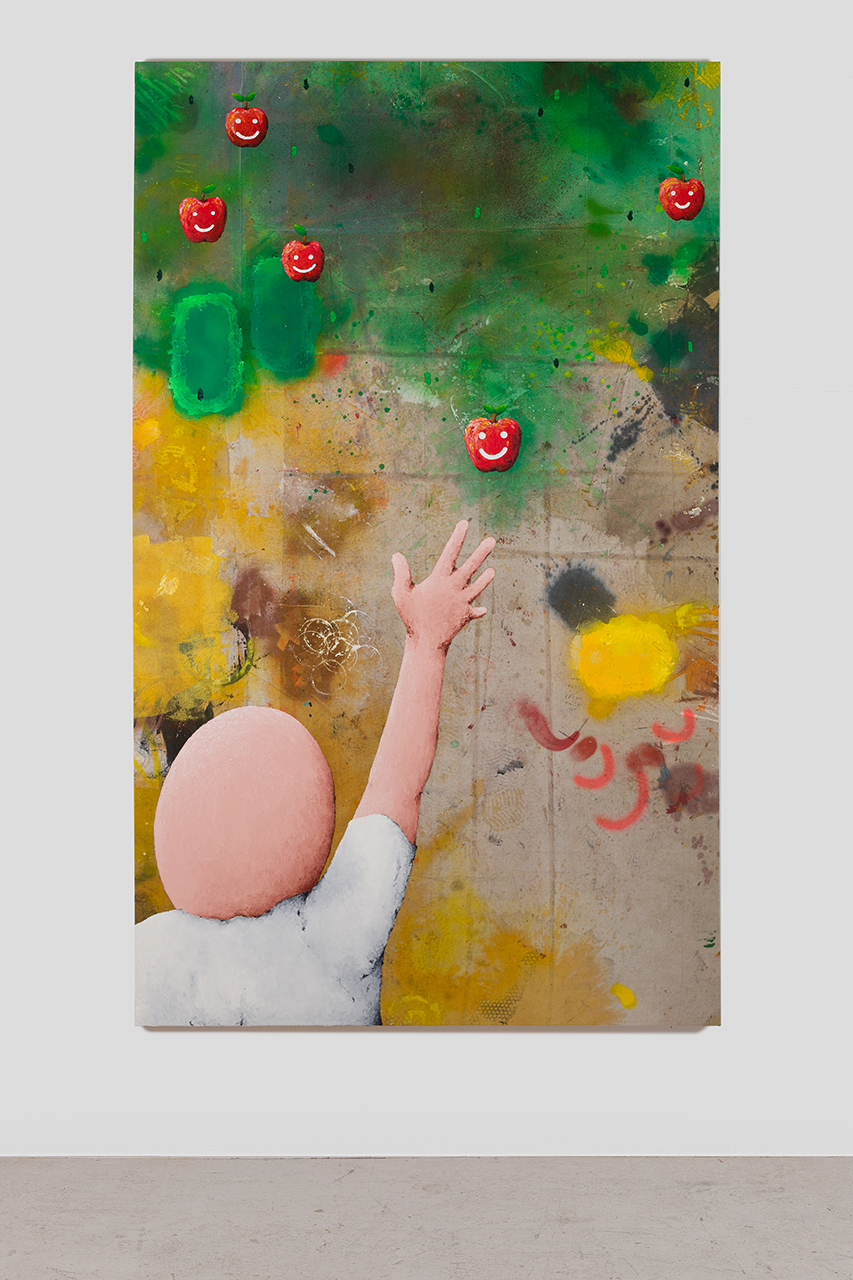 Focusing on the most relevant galleries of Barcelona, L’Hospitalet and Penedès, the BGW has become an essential event to discover the artistic creation and to value the work of gallery owners.

In its 8th edition, 32 galleries will be participating, including interesting proposals such as the collective exhibition of House of Chappaz, the solo show of artist Hunter Potter at L21 Factory, the exhibition of Damaris Pan at Ana Mas Projects and Galeria Alegria with Matthew Musgrave.

Keep an eye on the program if you are in Barcelona because there will be numerous activities, guided tours and performances around contemporary and avant-garde art.