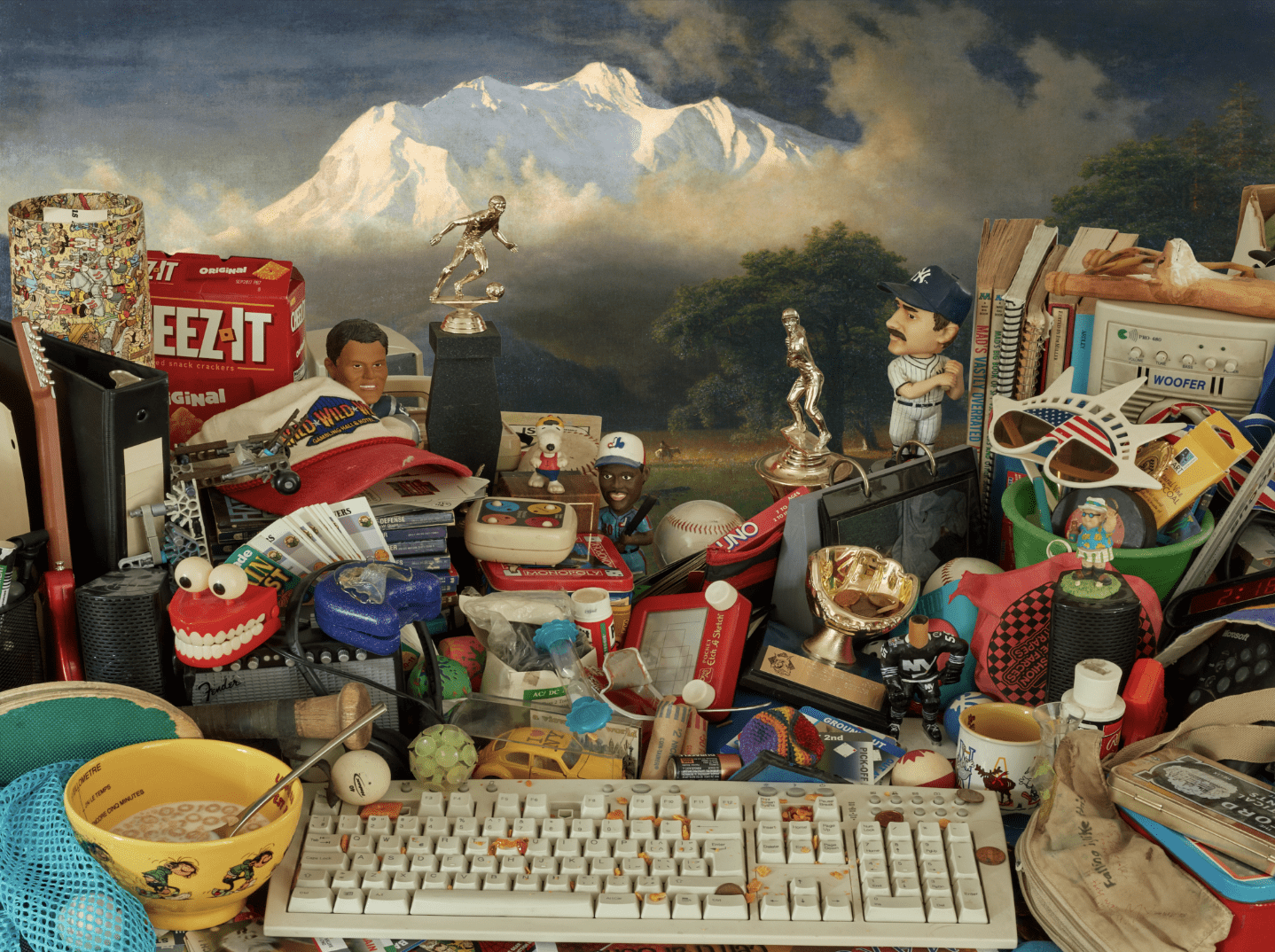 On October 25th, 2018 an artwork titled Portrait of Edmond Belamy was auctioned for an astonishing $432,500 at Christie’s, signed at the bottom by a formula (min G max D x [log (D(x))] + z [log (1 – D (G(z)))]) claiming that the artist behind the work was not human. This “painting”, if it can be designated as such, was produced by a Paris-based art collective called Obvious. The peculiar aspect of this artwork laid on the fact that it was created through an algorithm and data collection of paintings madre from the 14th until the 20th century.

The portrait, which featured an out of focus man with vague facial features, is the first ever AI-generated painting to ever sell at an auction at Christie’s. This phenomenon bears witness of how the art industry is being completely transformed with up and coming technologies.

Most recently, viralized programs like DALL-E have enabled even inexperienced artists to produce intricate, abstract, or lifelike paintings simply by putting a few lines into a text box. However DALL-E and other AI have also become a tool for creating art much like a paintbrush, a canvas, or any other physical material.

Numerous artists are recurring to this new “material” seeking to expand their creative frontiers, on the other hand other emerging artists are employing this technology as a way of positioning themselves in this unique and innovative artistic discipline.

We have gathered four artists who are killing it by creating art and taking advantage of what AI has to offer:

It is very unlikely that you haven’t stumbled upon Jon Rafman’s obscure AI generated images on Instagram. Born in Montreal, Canada in 1981, his work is hard to define in one discipline, since it ranges from video, animation, photography, sculpture and installation. Rafman uses open softwares of generative images and creates mutant-like creatures that invite the spectator to immerse themselves in these familiar but odd images.

Rafman creates narratives as well as sensory experiences based on the concerns about consciousness in the post-internet era, by delimiting the frontiers between the digital and the physical. He also has created short animated films in which he includes a background with experimental music. 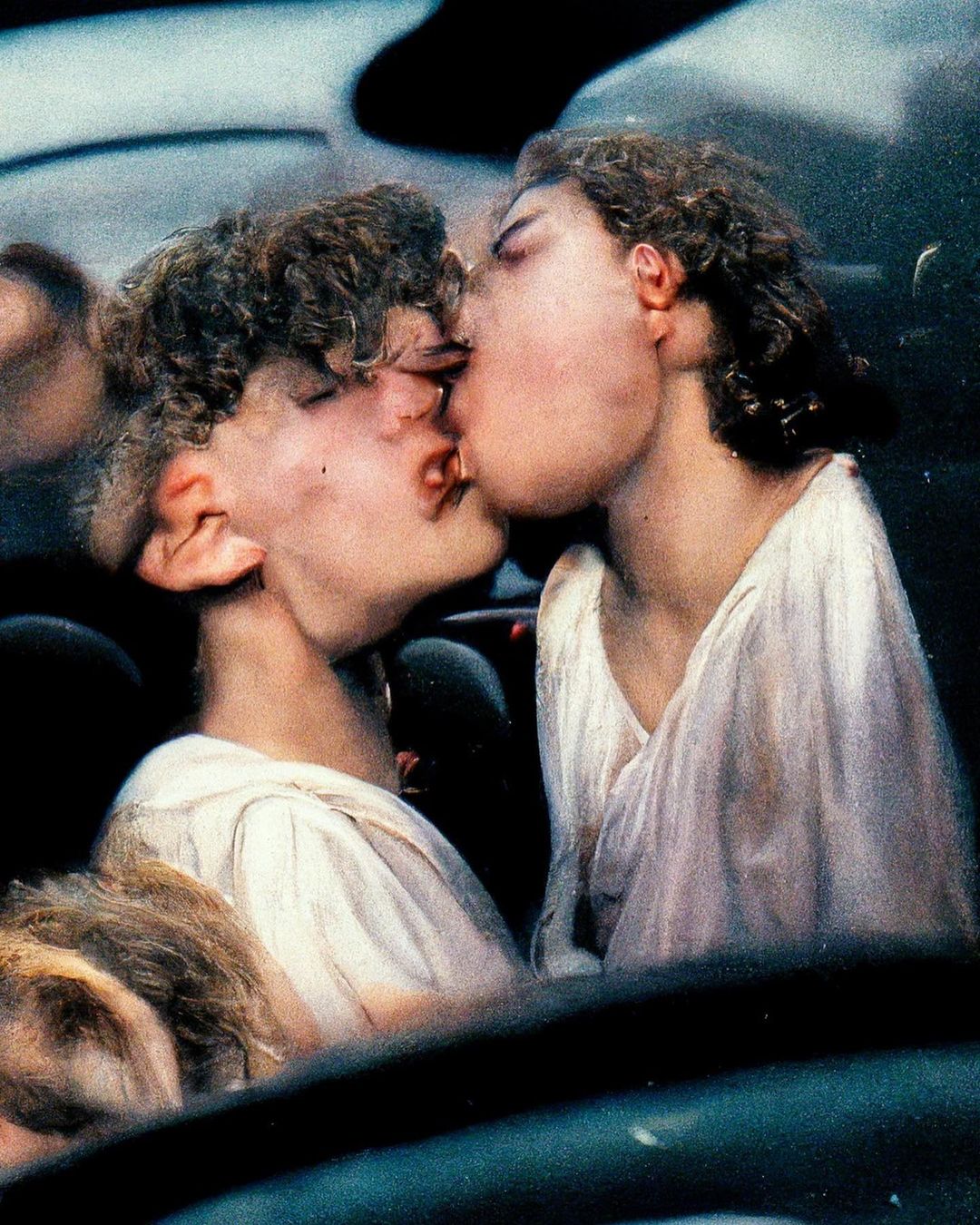 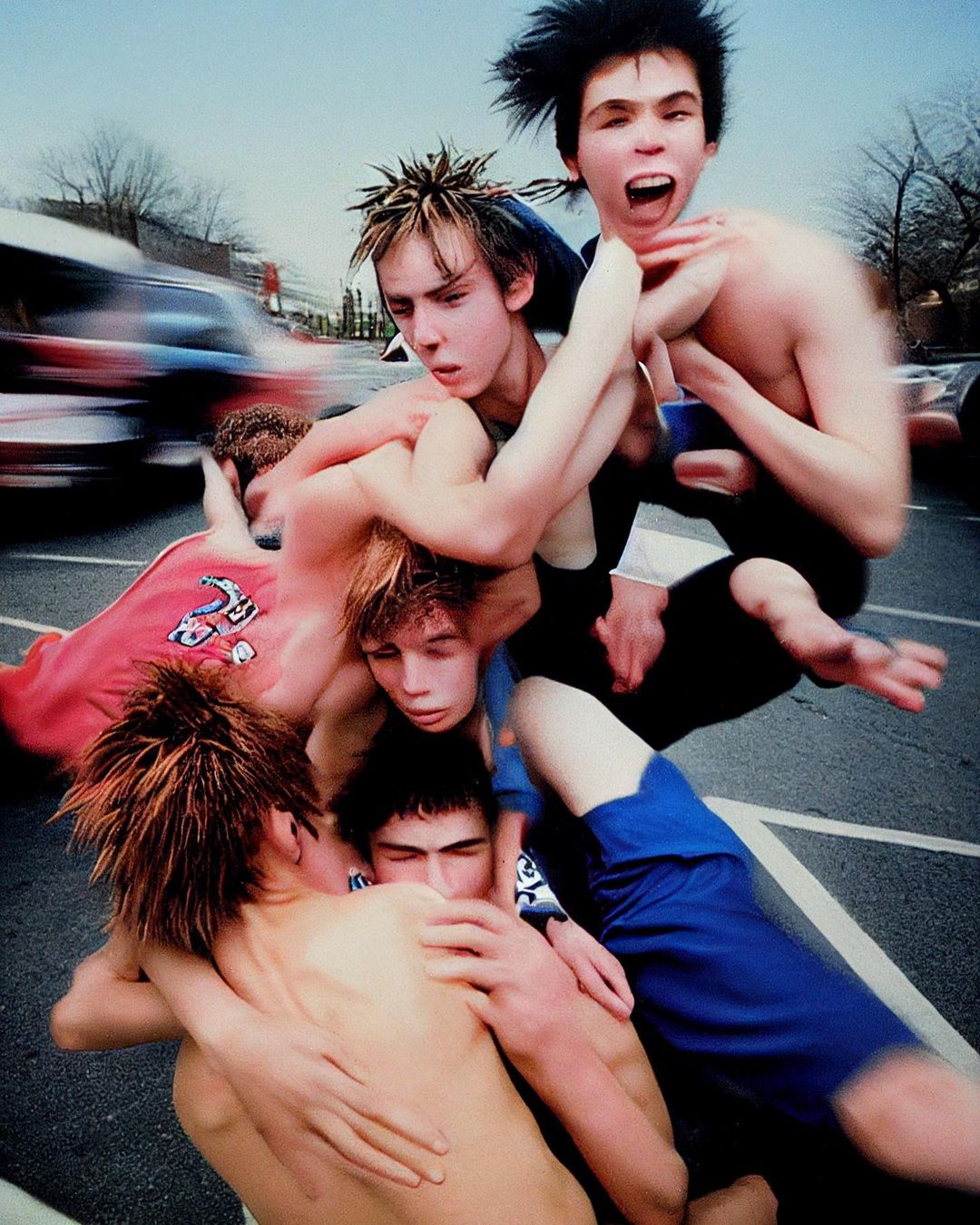 Born in Turkey in 1985, Refik characterizes his work for combining visual new media and databases. One of his latest works was for König Galerie in Berlin, where he created a giant data sculpture showcasing machine-generated pigments from photographs of nature. “Nature Works” is a 10 meter tall and 10 meter long LED screen that honors the beauty on earth through a multi-sensory experience.

Anadol collects data from digital archives and publically available resources, then uses machine learning categorization models to process millions of picture memories. This developing data world reflects not just data interpolation as synthesis, but also a latent cosmos in which hallucinatory potential is the primary route of artistic invention. 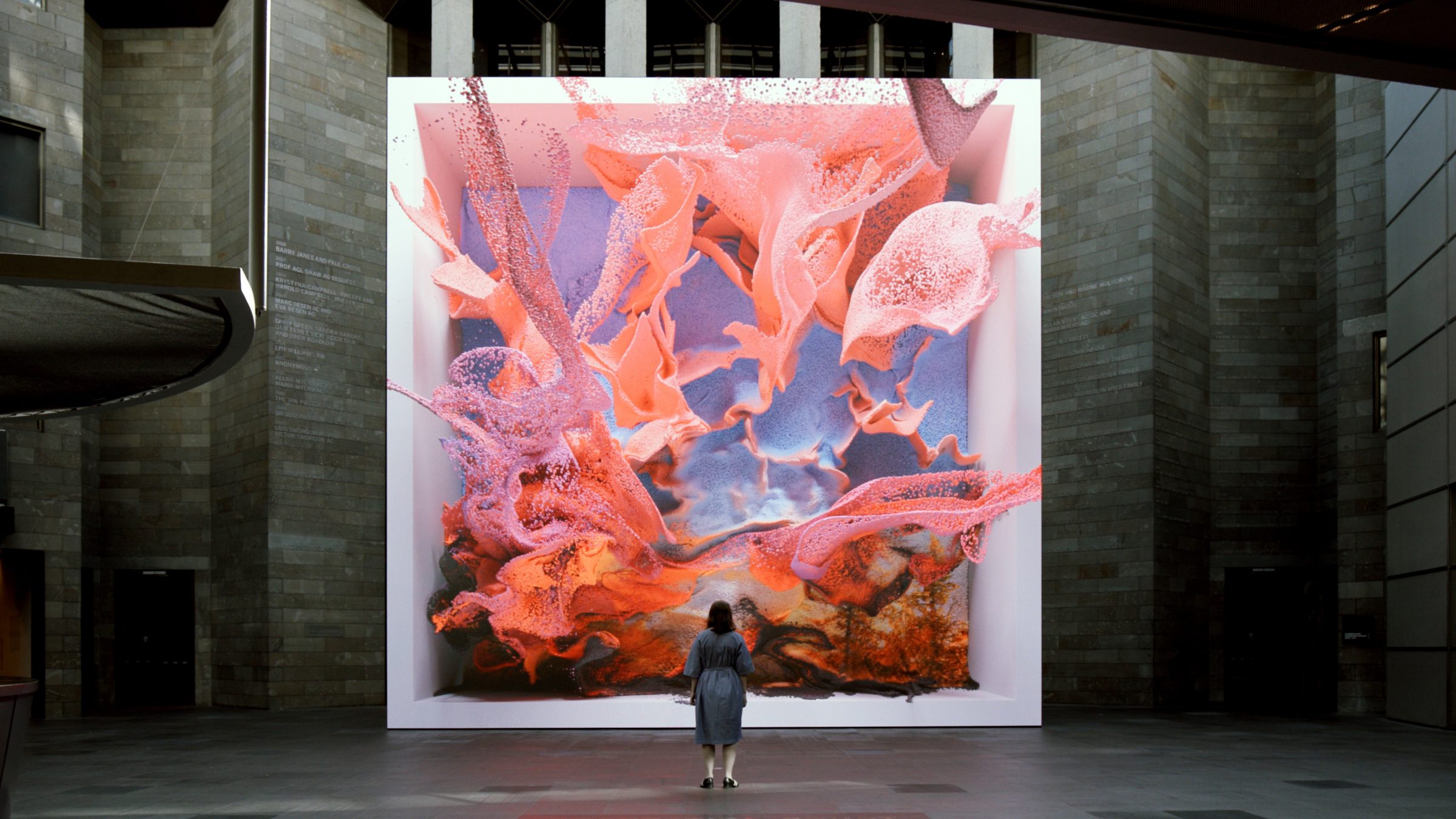 For the last five decades, Lynn Hershman has been notorious for being a New Media artist always tackling the relationship between humans and technology through a critical lens, being the first artist to use videodisk and touchscreens in her artwork.

Her project “Past Tense”, showcases images from the photo-sharing app “Flickr” by searching through the database for photographs with the tag “endangered”. Most recently she has developed a project called “Missing Person”, a photographic series created using constantly evolving AI composites of various faces. 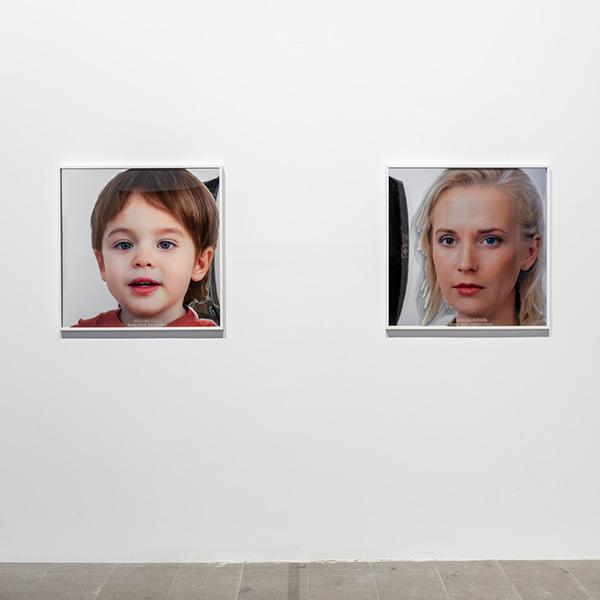 This artist was born in 1970 and his work seeks to emulate human creativity through technology. He researches various methods through which Artificial Intelligence and databases are the main instrument. One of his most famous works is “The Garden of Ephemeral Details” through which he reinterprets pieces of the original Bosch triptych and then restores them to their original state. This infinite cycle of analysis, morphosis, and restoration provides each viewer with a unique visual experience.

In mid-2019, the art piece using artificial intelligence “Memories of Passerby I” by Mario Klingemann was auctioned for the first time at Sotheby’s and would mark a before and after in the art world. 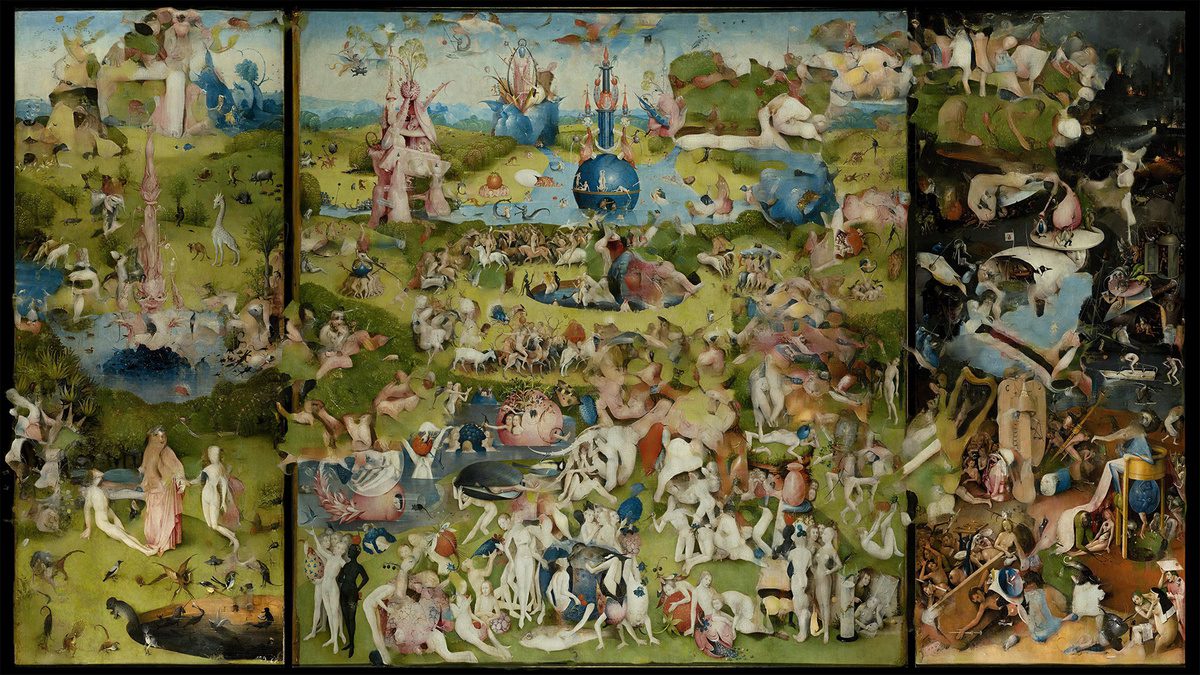