Andrés Lozano is an artist and illustrator who lives and works in London. He holds a BA in Design from Complutense University of Madrid and a MA in Illustration and Visual Communication from Camberwell University of the Arts, London. Andrés is also the founder of Guts, originally a design publication turned now into an artist-run collective that operates internationally creating street murals, site-specifics and organizing all sort of art related events. During his undergraduate studies, Andrés focused on illustration, building a portfolio with projects for clients such as The New York Times, Google, The Washington Post, Virgin Atlantic or McSweeney’s. He also published several picture books in the UK and the United States. However, after five years, in late 2017 his love for illustration started to fade and now concentrates most of his time on painting and drawing. His recent practice looks at exploring the link between art, making and improvisation through a series of semi biographical paintings that materialize a world of apathetic and lonely characters surrounded by nature and interiors. Despite being strongly rooted in design and composition, as most of the ideas for his works come from ad-lib drawings, his paintings prioritize the process over the final result. Andrés usually works on big canvases using acrylics, oil sticks and spray paint and selects themes that allow him to play freely around with the content and the elements of the composition, without a clear image of what he will stumble upon. By not having a prefixed idea of what or how the final image will look like, Andrés automatic-paintings / improvisational approach allows him to enjoy the process of image-making, manifesting themes such as isolation, apathy and comfort in an almost subconscious way. 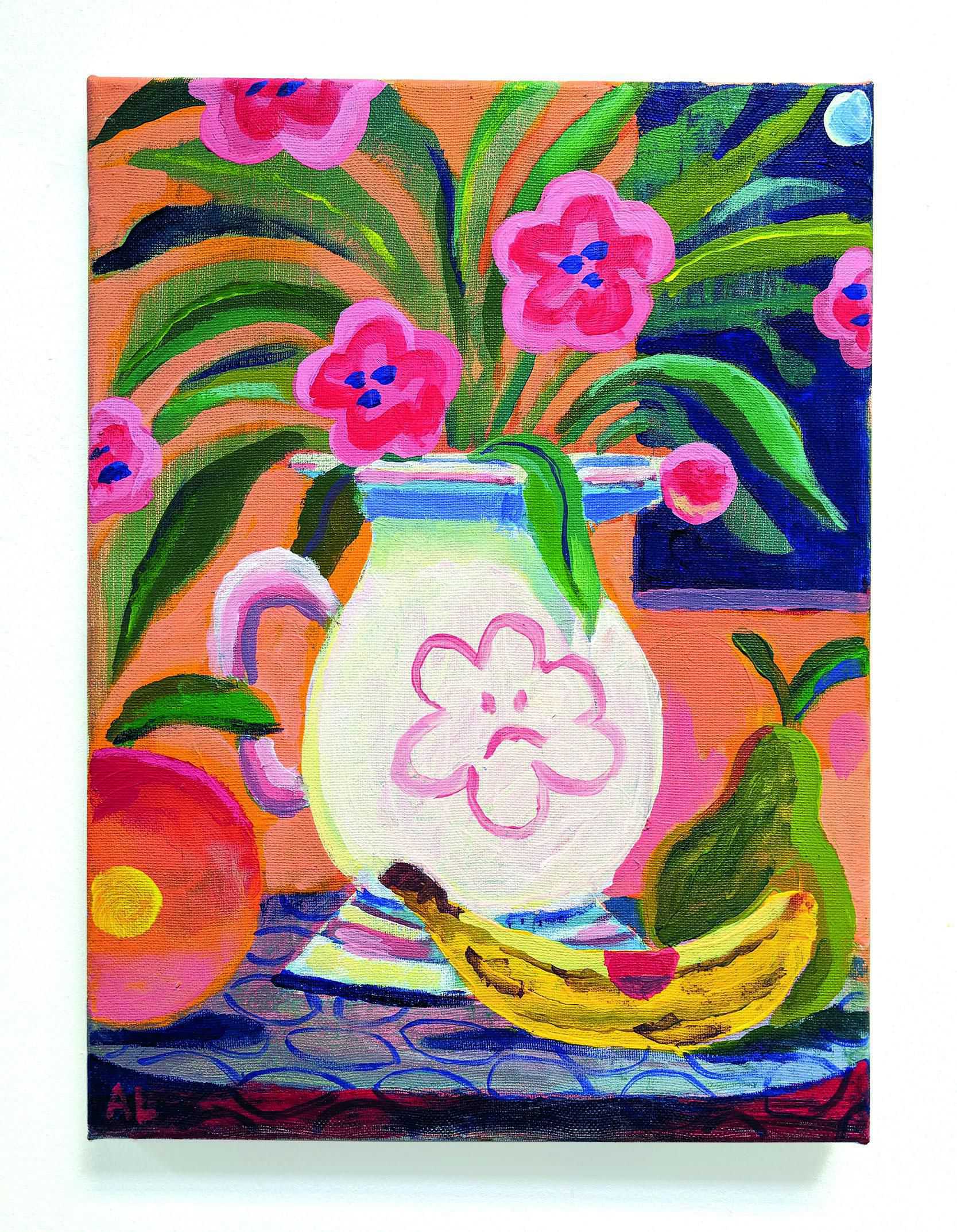 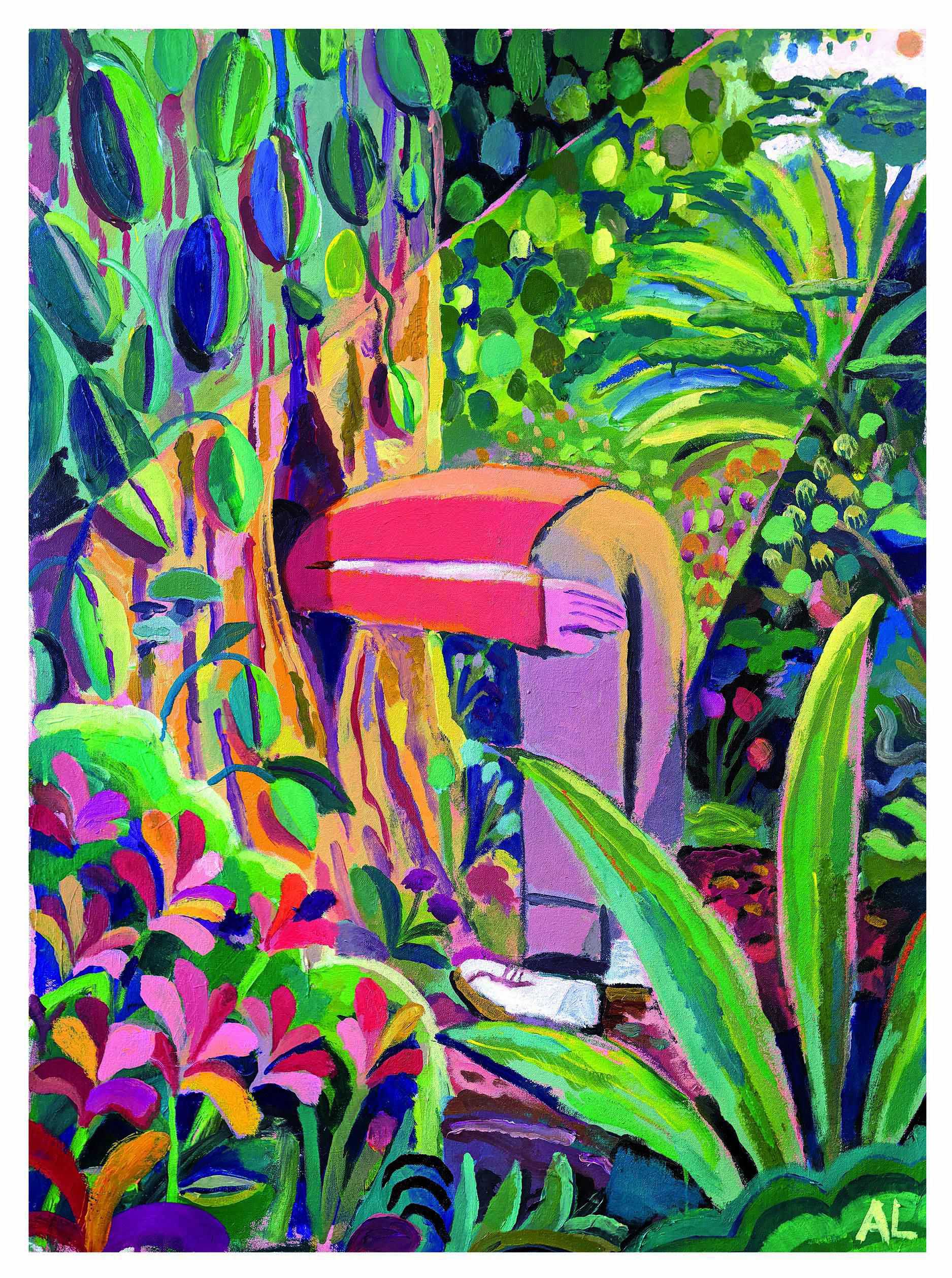 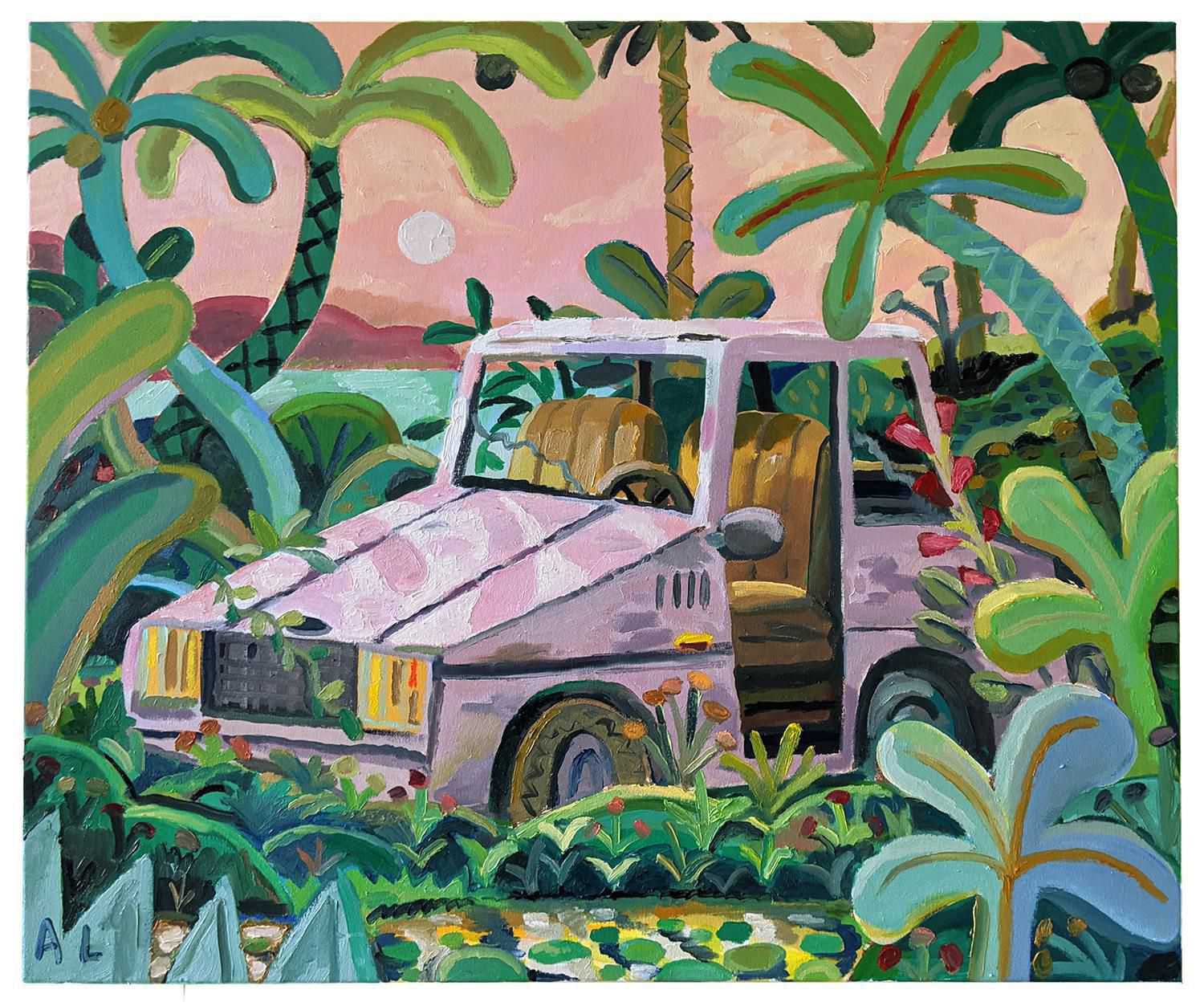 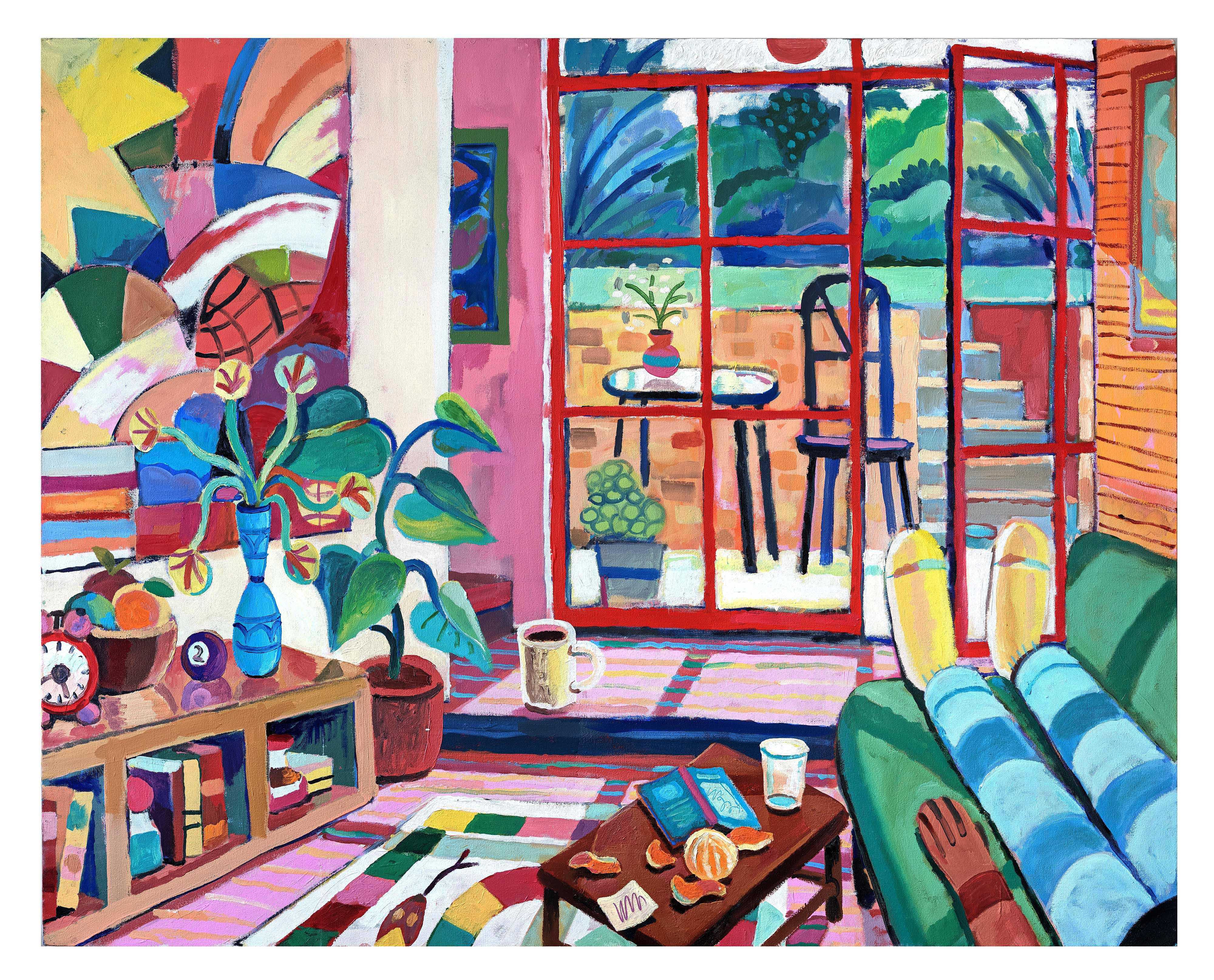 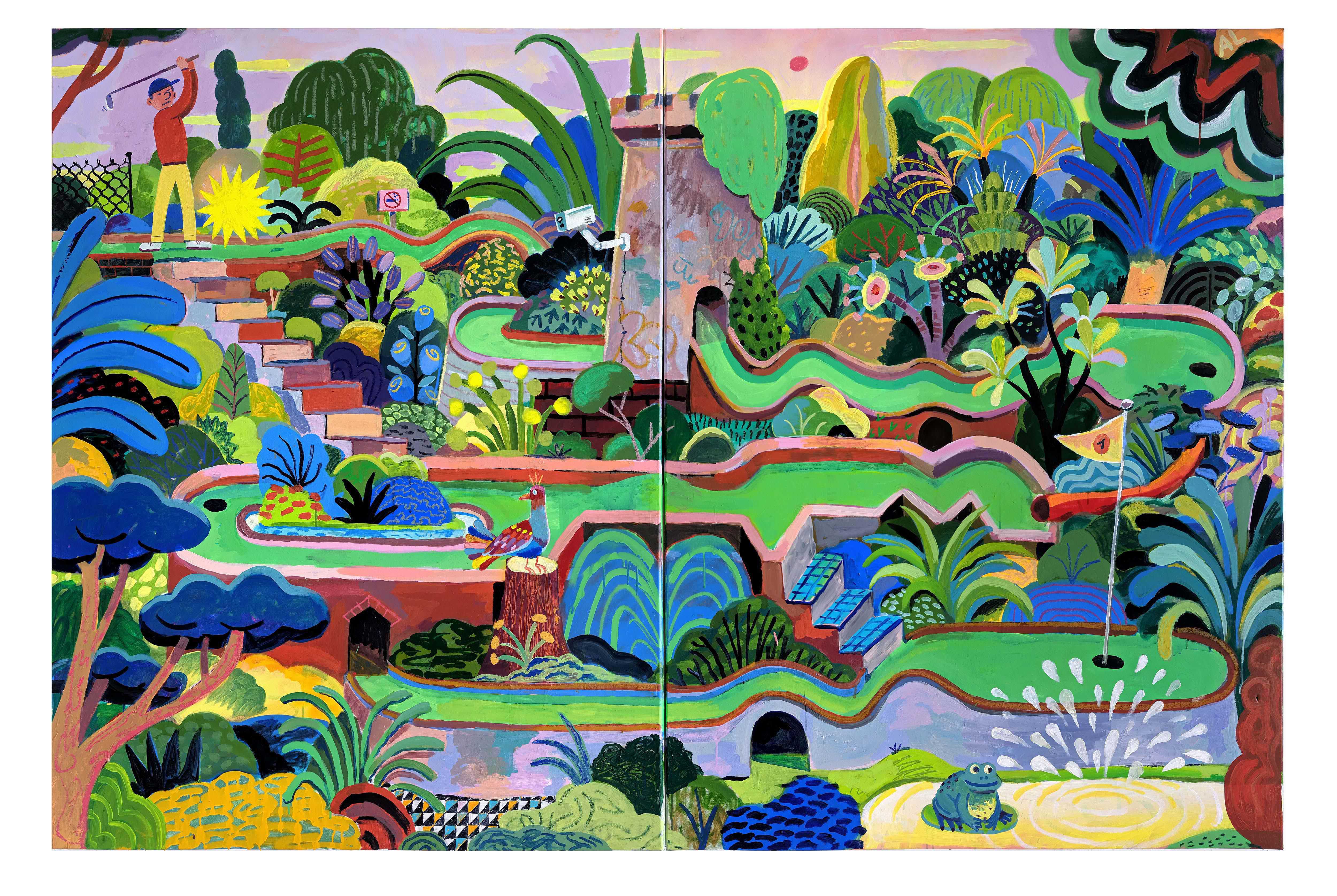 "Why Does This Always Happen To Me?"