Carlos Pesudo (Castellón, 1992) involves us in a work that raises many more questions than it answers.

With the force of gesture and the skilful use of colour, Pesudo creates a series of works in which signs and geometric forms feed contradictory reflections on what is figuration and what is abstraction.

Most of his works are oils on canvas to which he can add other techniques such as spray paint.

Pesudo has exhibited both individually and collectively throughout Spain and in cities such as Dublin, Prague, Krakow, among others. 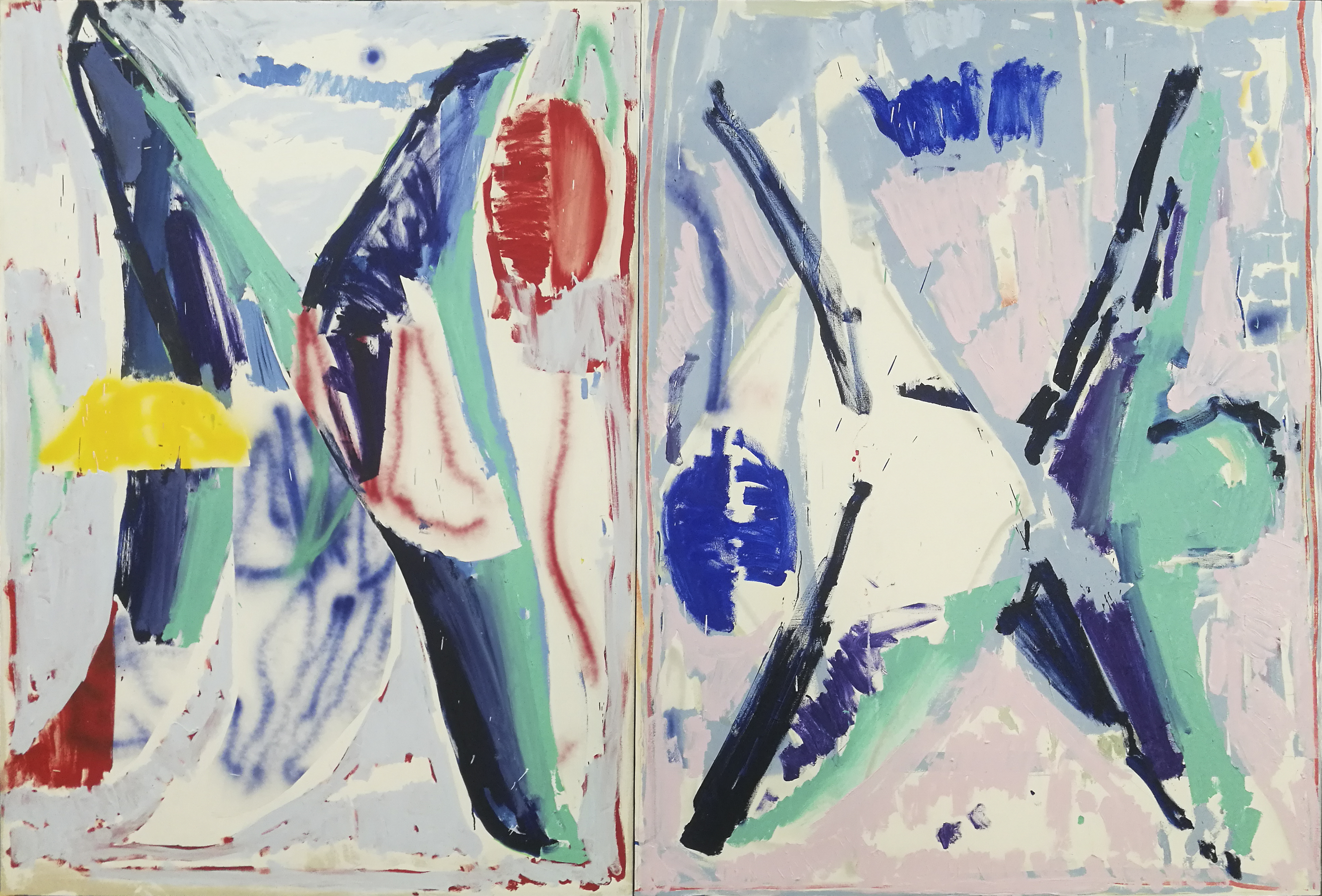