Instantly recognized as one of the UK’s most prolific Urban Contemporary artists, D*Face (Dean Stockton) has occupied the forefront of his practice since his first sell out show in 2005. Born and raised in London, his childhood interests of graffiti, Californian skate culture and punk aesthetic were well nurtured from an early age. After learning to screen print his own stickers, he took the public domain of the street as his canvas, blending art, design and graffiti in a manner that pre-dated the emergence of street art as it is known today. It was in this newly founded outlet that D*Face quickly gained attention from others, mainly for the clean, vivid nature of his designs that quickly spread across the city. Even today, D*Face continues to approach his work with the same anarchic energy that drove his career from the outset. His murals can be found across the globe and his subversive-pop style and iconic D*Dog logo have become an inseparable part British Urban art and it’s ever expanding medium.

Often describing his work as ‘aPOPcalyptic’, D*Face seeks in his work to pick up where the masters of 1980’s American Pop left off - to establish a very real, albeit tongue in cheek criticism of our consumer dominated world. By subverting the images and icons of the everyday, the artist encourages the eye of the beholder not just to ‘see’ but to carefully consider that which they may otherwise take for granted. By re-appropriating media from decades of materialistic over-consumption - advertising, comic books and on-screen romance and reshaping it with cleaner lines and the vibrant hues of his pallet, D*Face’s work acts as a necessary wake up call to overly-conspicuous society of the 21st century. 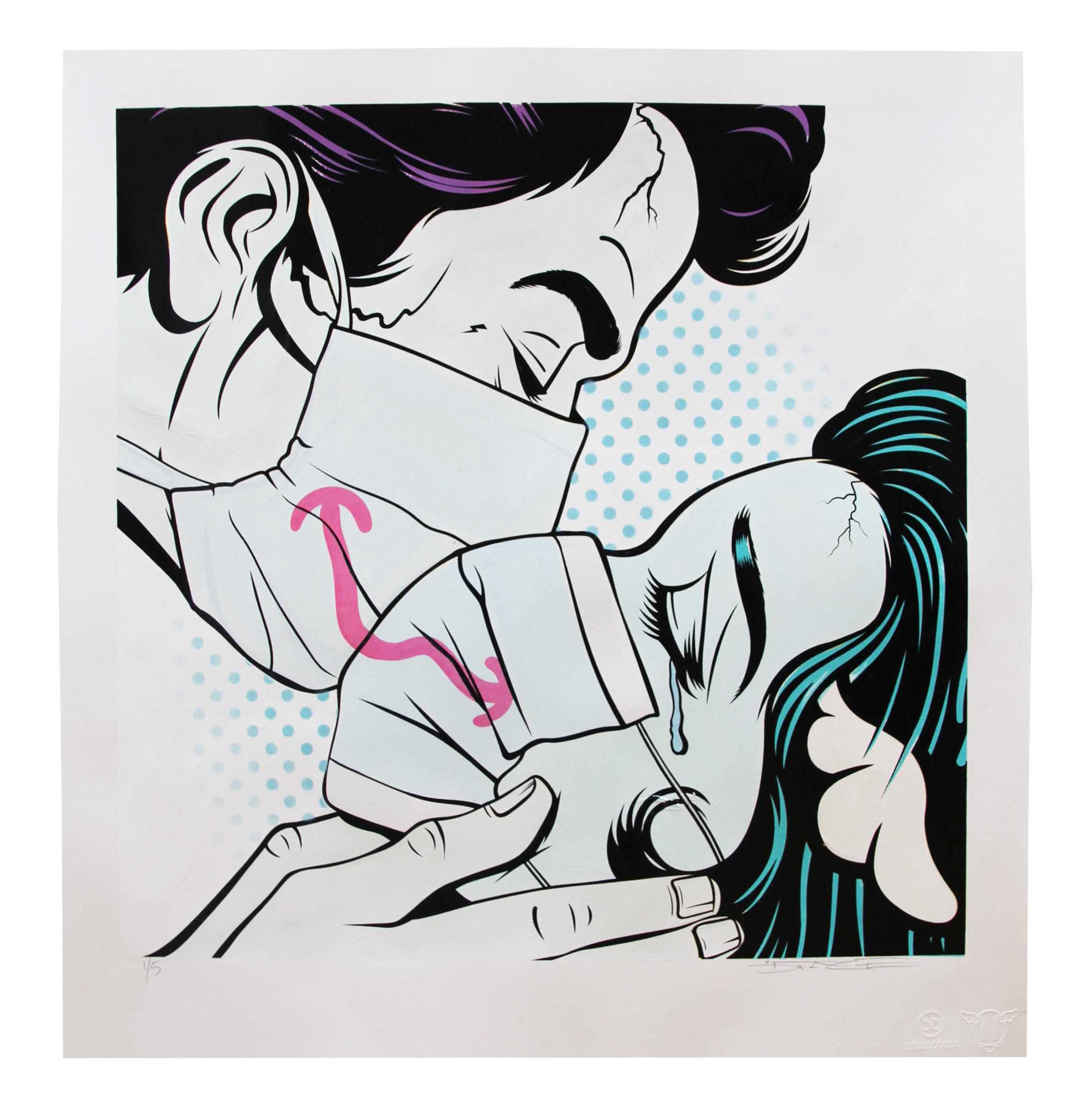 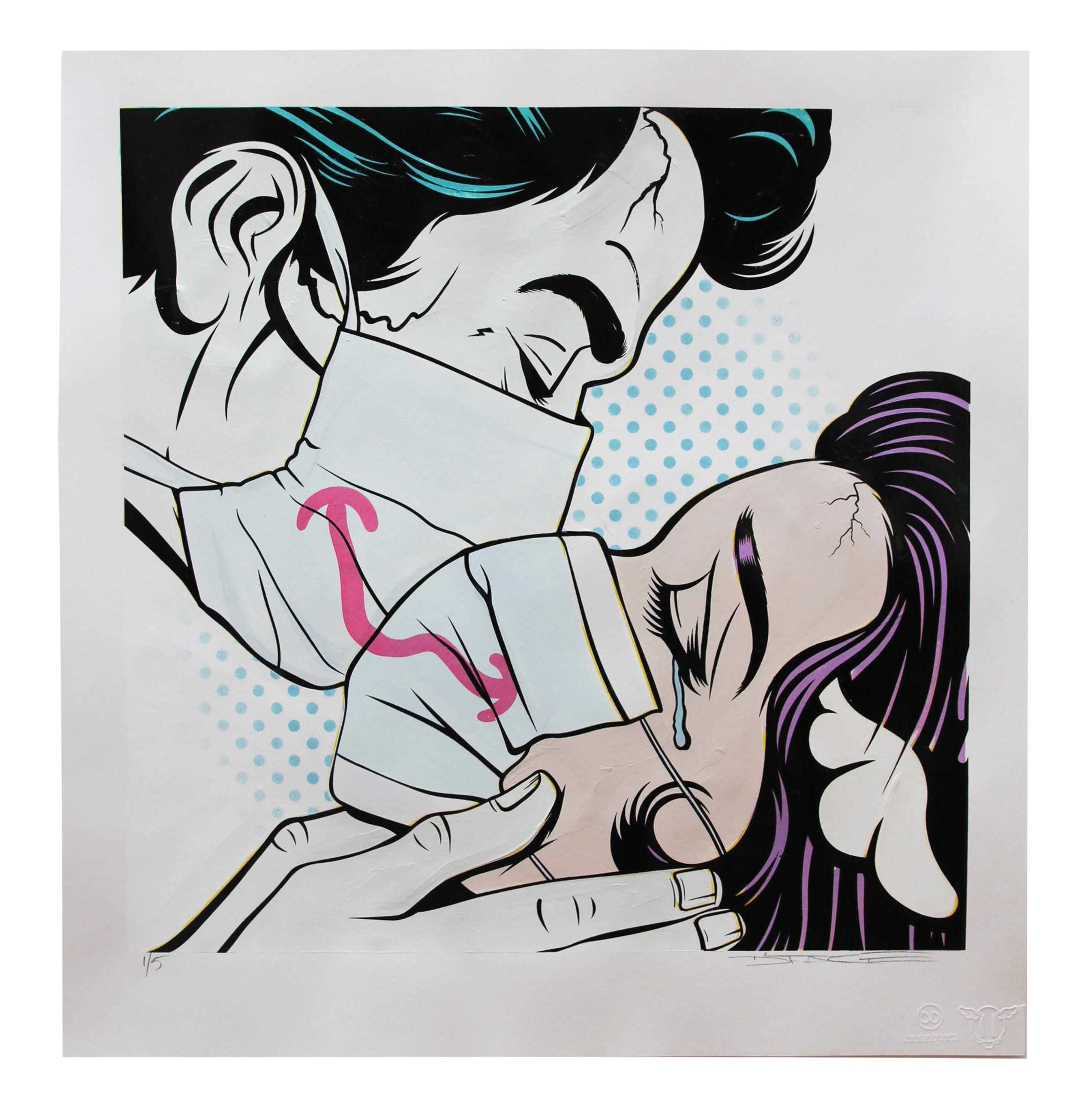 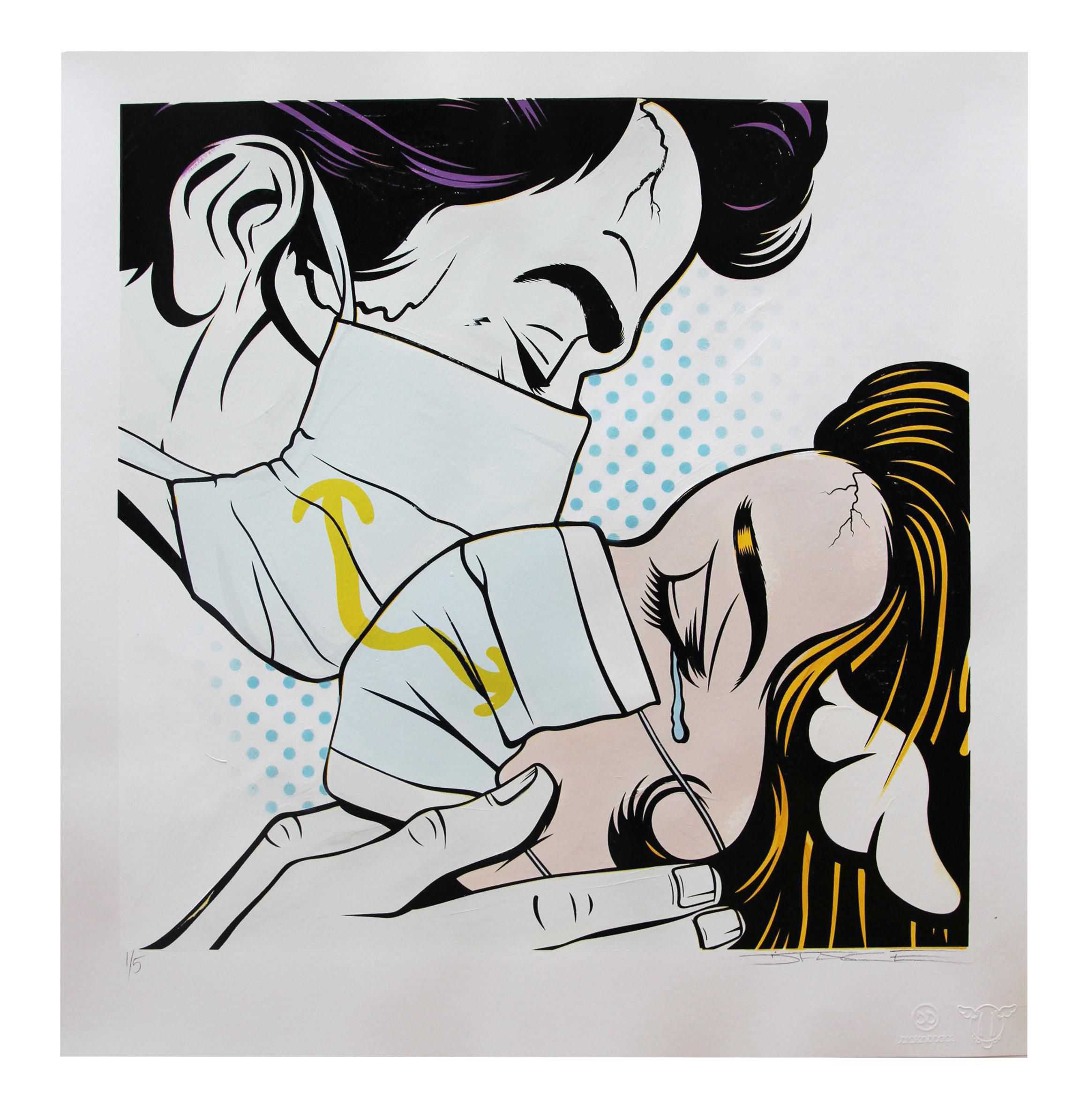 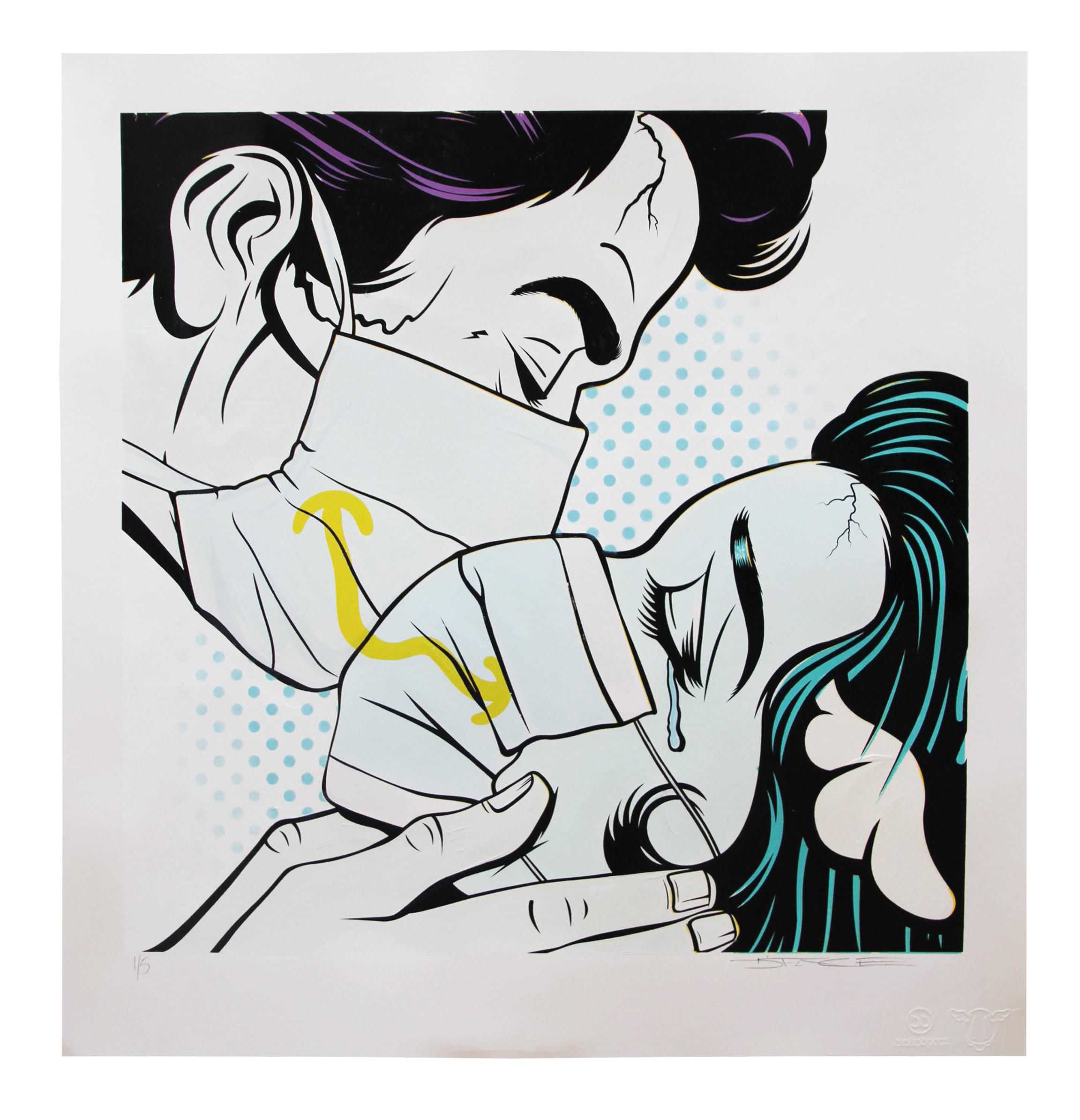 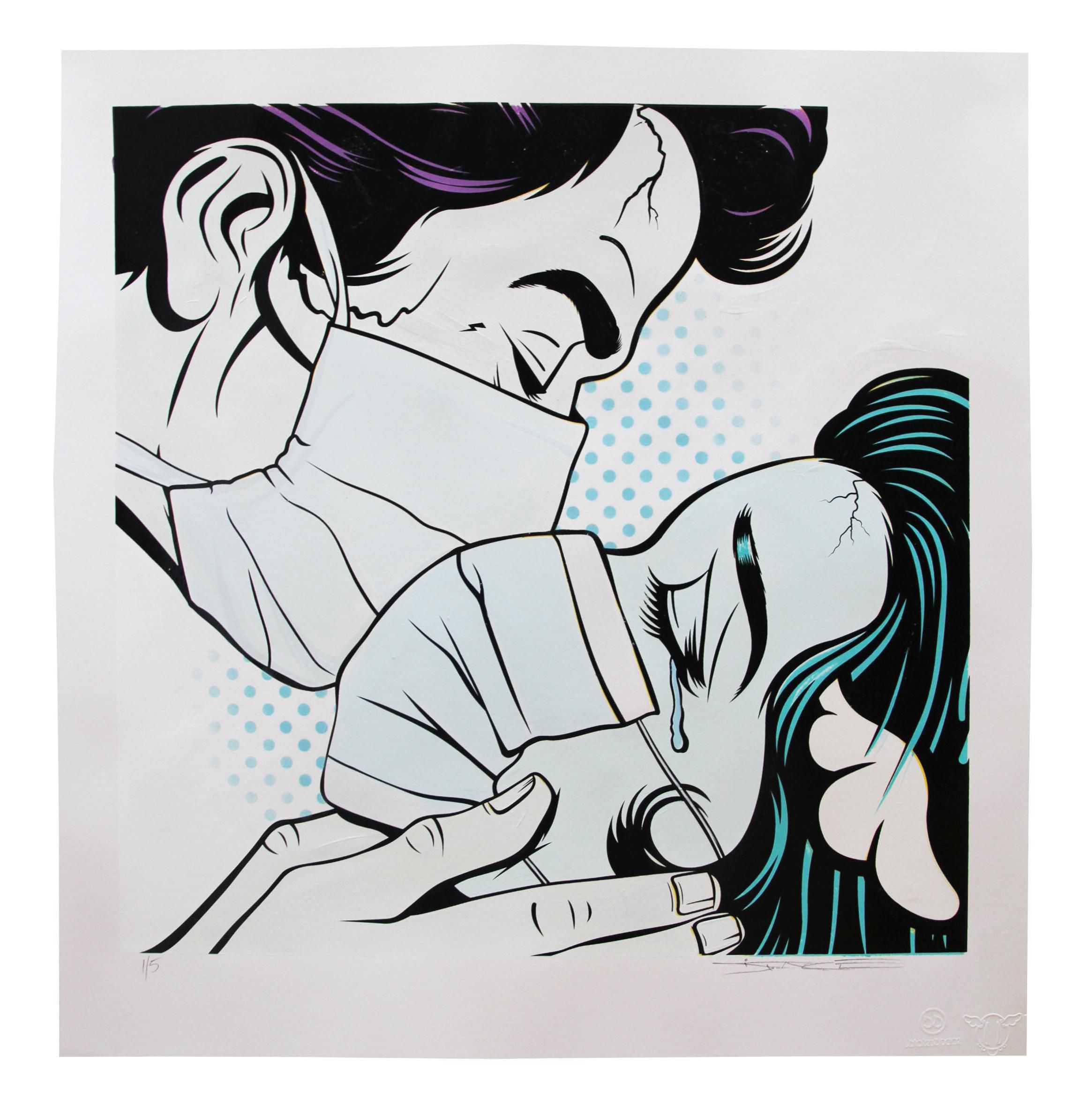