Helena Toraño (Llanes, Spain, 1984) What was once a childhood passion has become her main dedication, which has manifested itself in a wide variety of formats. In 2014 she was awarded the Asturias Youth Prize for Plastic Arts, for her composition "Las Cosas"; in 2015 her solo exhibition "Buen Otoño nos espera" took place, and in 2016 she was represented by the Gema Llamazares Gallery, participating in several national fairs such as Art Marbella, the Oviedo Art Fair or JustMad7, where her work "Ni lo sueño" was selected for the Pilar Citoler Young Collector Award.

In 2017 she presented in Madrid in a solo exhibition "Las horas libres" at the Utopía Parkway Gallery. This same year Helena held her most ambitious exhibition to date "Top Secret" at Galería Gema Llamazares, Gijón, in which she covered different media: canvas, installation and video. In 2018 she opened her exhibition "Viento favor" for Art Mustang in Valencia, and has also been part of the group show "#Stories" at the 6a Galería d'art in Palma de Mallorca.

More recently, in October 2018 she has been awarded with the Second Prize of the XIV Certamen Nacional de Pintura Casimiro Baragaña, Pola de Siero, Spain, for her work "Luz de in vierno", and has participated with the series "Los ojos cerrados, la mente sin prisa" in the Feria Arte Oviedo, and more recently in Context Art Miami, in both by the hand of the Galería Gema Llamazares.

His work is surprising for its colours, its clear pop influence, and its continuous references to the cinema and music of the sixties and seventies, and a look that, despite appearances, is never naive. 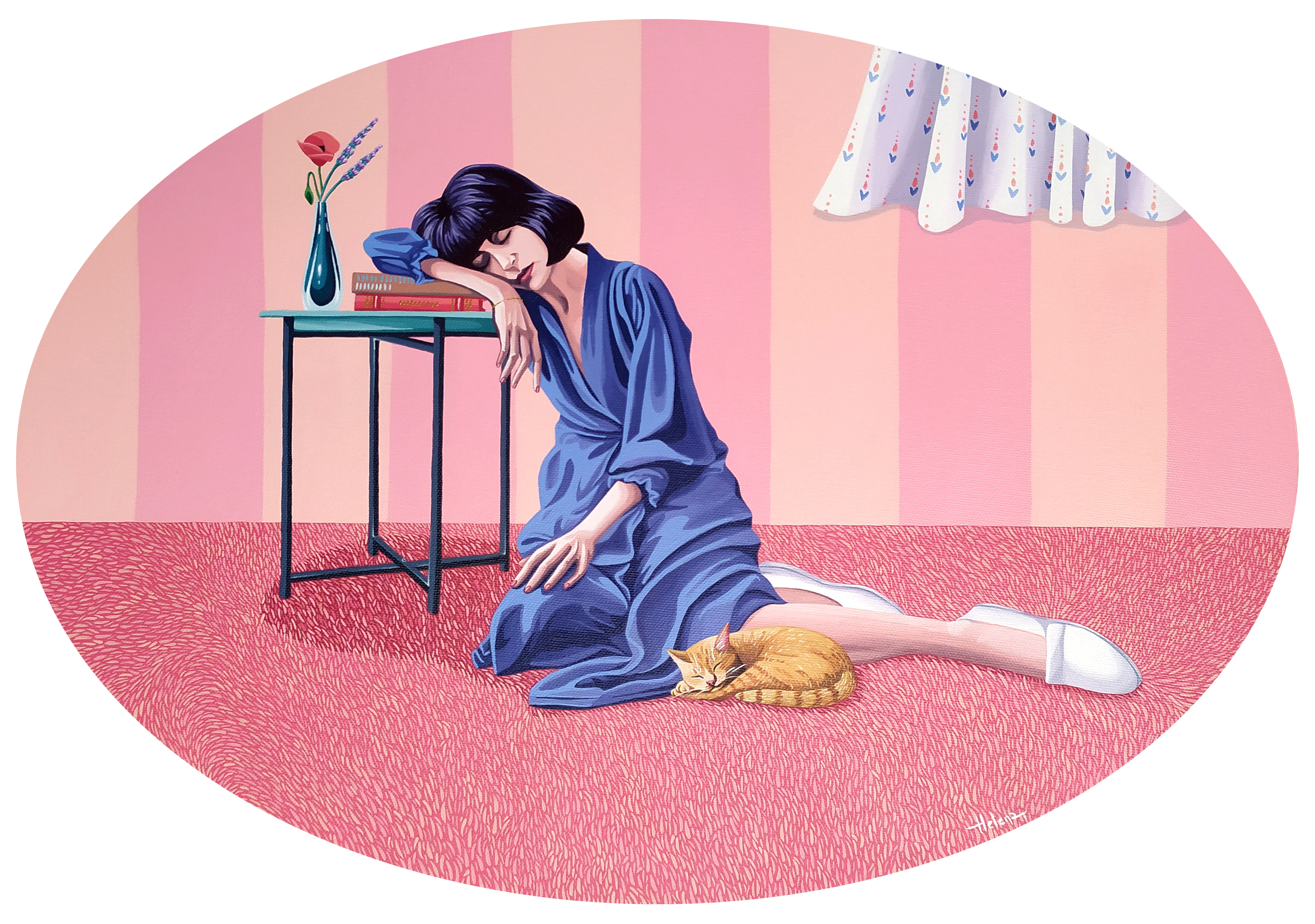 "Leaving the valley behind"