The interest of Juan Miguel Quiñones' proposal rests on two lines of action: one operative, the other referential. However, both lead to spaces for conceptual reflection that involve and combine all the factors that converge in the sculptural practice (technique, material, aesthetic language, morphospatial relationships, correspondences and confrontations between the mimetic and the interpretative...), enabling deeper readings behind the mere appearance.

Regarding the operational aspect, the artist presents his proposal as a mise- en-scène that resembles a skateboard store. This is not something new in the world of contemporary artistic processes. The difference between Claes Oldenburg's proposals in The Store, in 1961, and Andy Warhol's at the Stable Gallery in the spring of 1964, with respect to Quiñones' is that the latter neither intends to question the habits of a society and the exchange relations with respect to artistic products, nor does he seek to dismantle the supposed singular and auratic appearance of art. On the contrary, the creator transforms a fair gallery stand into an individual creative project and this, in turn, into a commercial space far removed from the artistic liturgy, eliminating the vacuous paraphernalia and corsets to which the art market subjects this type of spaces.
In this same field, the proposal allows establishing parameters of confrontation between the work and the spectator different from the usual ones, emancipating both from the strict techniques of exhibition and attraction sacralized by the expography. The individual is simply freed to do what he or she really does in any other commercial environment: wander, look, be interested or not, like the banal act of a nineteenth-century flâneur, which enunciates an interesting reflection on the processes of interrelation between public and art, questioning the traditional rituals of encounter between the two. This subterfuge, simple but effective, places these processes within what Paul Ardenne has more subtly than performative artifices called "contextual art": environments of direct dialogue, without intermediaries, between the work and its surrounding reality.
The referential, the issues on which the creative production revolves, on the other hand, go beyond what could be a recurring theme within urban art, hence the enormous complexity that his work hides under a deceptively attractive skin. Like other previous iconographies, skateboards or surfboards represent elements detonated from memory. The warm evocation of the afternoons of southern Spain and its beaches, from El Palmar to Estepona. Signs of the end of a stage of pubescent innocence and the beginning of a new period, adolescence, in which human beings are reluctant to completely abandon the playfulness of play. The process of creation empowers Quiñones, in a kind of thaumaturgical mechanism, to bring back to life what has been longed for, what has been lost.

Through sculpture, an essential node of encounter between the real and the abstract and a phenomenological methodology for the comprehension of a subjective reality that knots in the same entity subject, object and conscience, memory is transformed into a generator of presences, of forms, of tangible masses. It is significant that, unconsciously, in order to unconsciously, to culminate the process that allows us to bring the memory of a past time to the present, we choose a material that since ancient times has been considered the one that could best perpetuate ideas over time and project them into the future: stone, a material for eternity. Perhaps, as Wittkower recalled, stonework was the first to give human beings strength and power, giving them the awareness of understanding themselves as different from other animals, enabling them to engage in a unique dialogue with the spheres of divinity.
Rosalind Krauss herself, when she outlined the concept of expanded sculpture as a model for transcending the historical concept of sculpture, recognized the intrinsic will of commemorative representation in the latter. But that commemoration, in the case of Quiñones, is a memorialist celebration of a past time that is based on small details and not on great deeds. Somehow, being and feeling himself a sculptor, the Andalusian artist sheds the hindrances that have symbolized the secular identity card of sculpture (its mimetic capacity and physical (re)construction of realities), in
order to progressively proceed to rob painting of its virtue to conjugate the illusory. In this way he allows himself to give form to the ungraspable, to fix in time and space that which is most transitory: the recesses of memory in these times, the present, given over to speed, technological obsolescence and oblivion, which gives his work an idealistic, neo-romantic, anti-positivist character.
His self-taught training, which frees him from certain trends or fashions of academized modernity, has enabled him to maintain an intuitive relationship with his searches and creative motives. An unusual skill in the knowledge of materials, their origin, chromatism, hardness or fragility, and the updating of the hard stone technique of Florentine origin, in which he is an expert, allow him to delve, following the invariable signs of postmodernity, into concepts such as reality, fiction, artifice or verisimilitude. Rich in meanings, his production also avoids a direct or closed interpretation, betting on referential processes where evocative objectuality and the material-conceptual trompe l'oeil prevail over mannered narrative strategies. 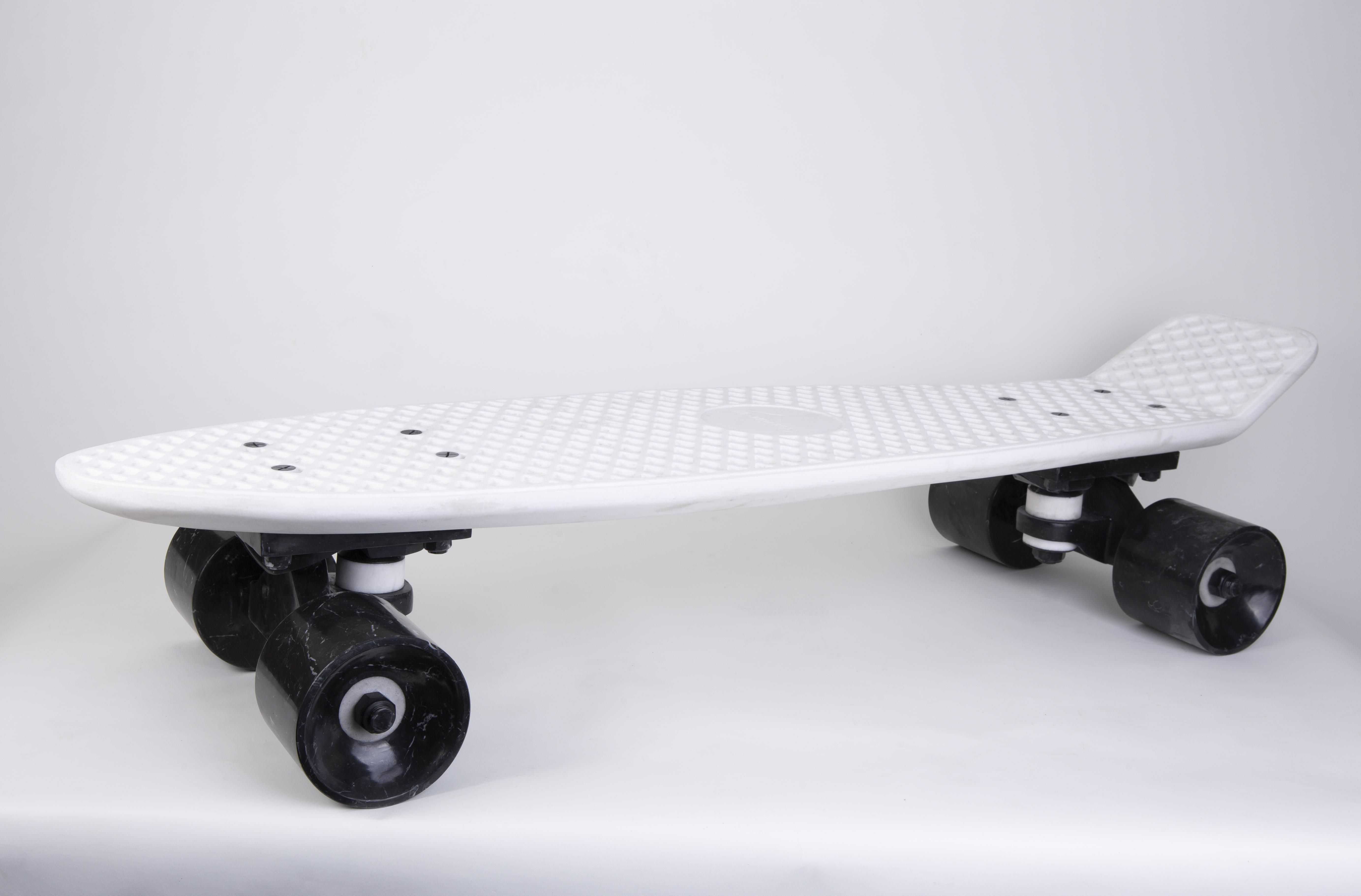