Self-taught artist, due to the experiences he has gained during all these years where he has learned and  developed his own technique in the use of colors and the way in which he portrays the figures present  in his work.

With a background in design and bachelor of painting, our artist has been able to experiment with  various techniques at the beginning of his artistic career. In this learning process he was able to apply  oil painting, but at the end he opted for acrylic paint to make his pictorial works and represent in it those  figures of humans, animals, forests and cities that stand out in his pieces.

Born in northern Iran in 1981, currently living near Caspian Sea, he has lived for years surrounded by  nature, where we see it represented in many ways in most of his paintings. In order to create his works,  our artist has taken elements from the environment that has been surrounding him all these years. In his  works he takes human figures, animals, where in this last one the figure of the bear stands out, that  intermingles it with the human figures in which makes us think that the figure of the bear is one more  within the group of humans that he presents to us.

In the pictorial works of our artist, where he changes the colors of reality to a very fictitious, more  dreamlike, where these brushstrokes take us to a world of memories and dreams, he also often represents  horses, this would be the representation of something he has always wanted since a young age. The  dream of being able to have this animal belonging to the equine family.

Within the representation of the natural in the paintings of Mostafaa Emaami, we often find ourselves  surrounded by lush forest full of life and colors out of the ordinary, of what it would be in real life.  Abundant forests with firm brushstrokes, trees full of different colors that call the attention from the  first moment the work is perceived. The representation of trees in this way is due to the fact that for him  trees are symbols of happiness, joy and travel, holidays.

In these dense forests we can find those human figures that merge perfectly with the surrounding  environment, subtly fit the figures in those forest subtly fit the figures in those forests full of colors that  makes us travel in that world created by Mostafaa Emaami, that world of dreams.  The sea, living near Sea Caspian, this element is represented on several occasions in his works, where  he gives it a symbolism of dare, bravery and power, in which within his memory that representation of  power over the sea is his father when he used to swim in the depths of the sea.

The evolution of Mostafaa Emaami’s pictorial works can be noticed in the way he treats the colors used  to create her paintings, but not so much in the way he creates the figures that are present in them.  Although the representation of her pictorial works has the same element and set, each one of them is  very different from other, because of the unique use of colors that he gives to each forest he paints, to  each figure and elements. With subtly brushstrokes he offers us a range of unique pictorial works within  the contemporary Iranian art. 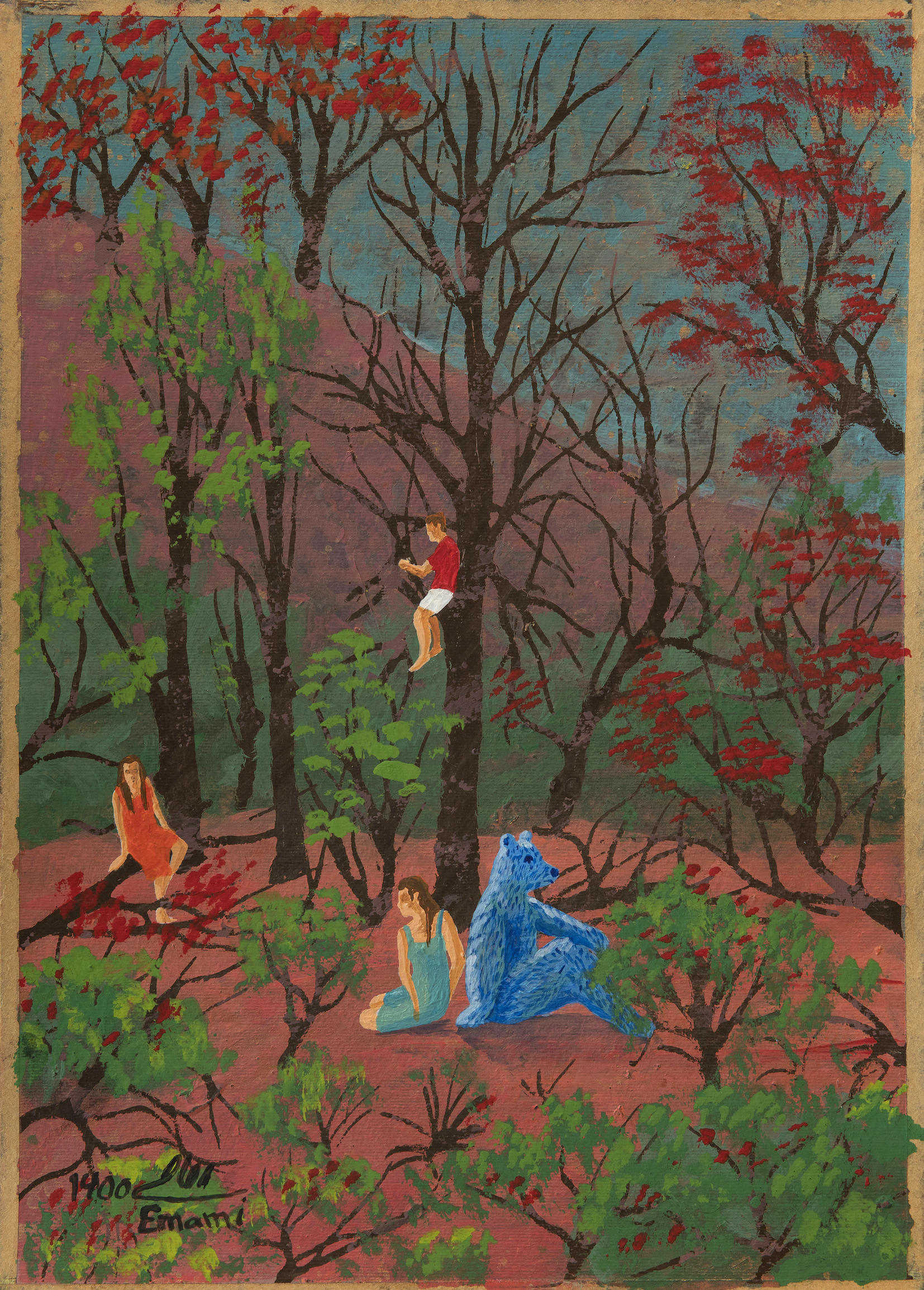 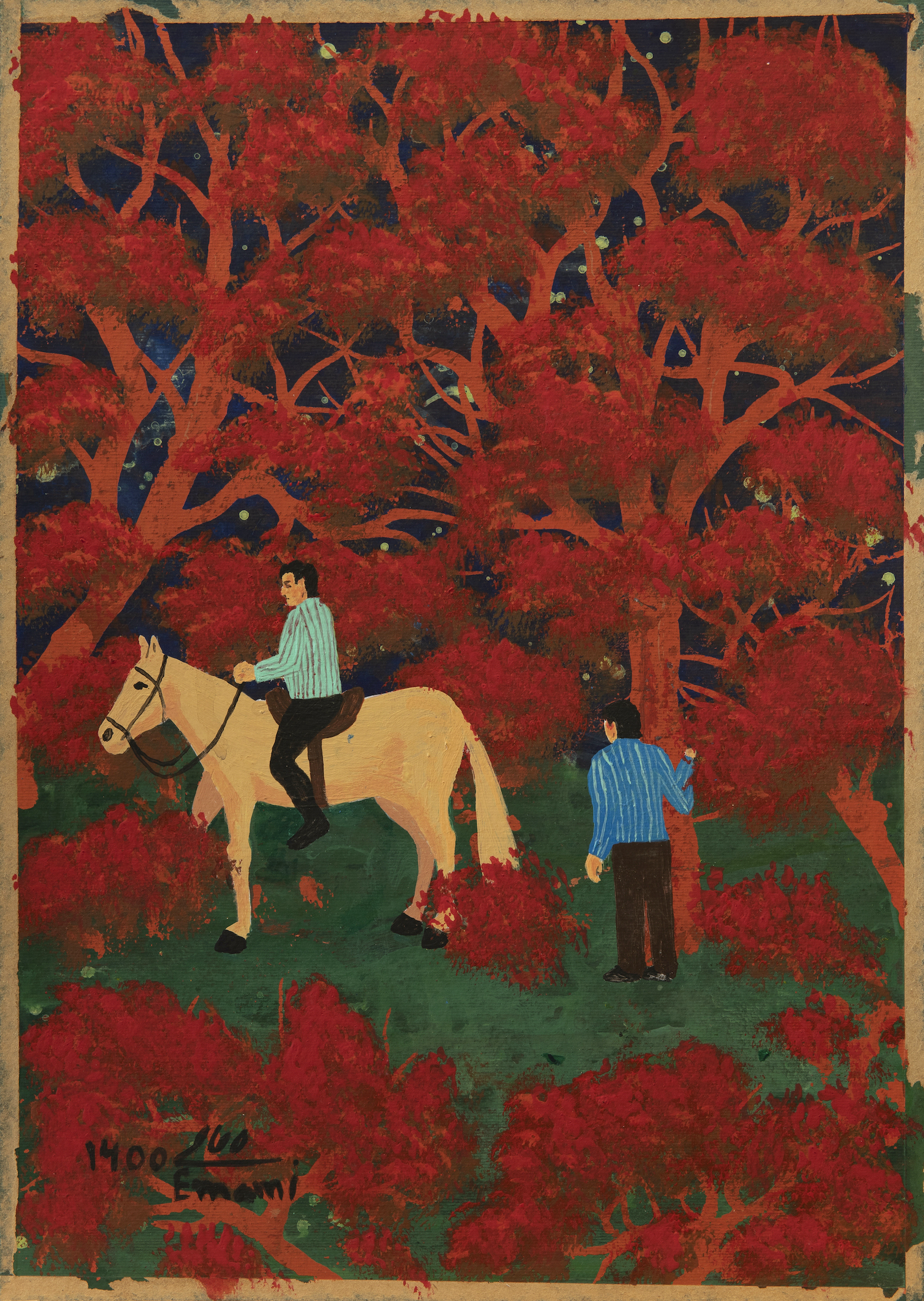 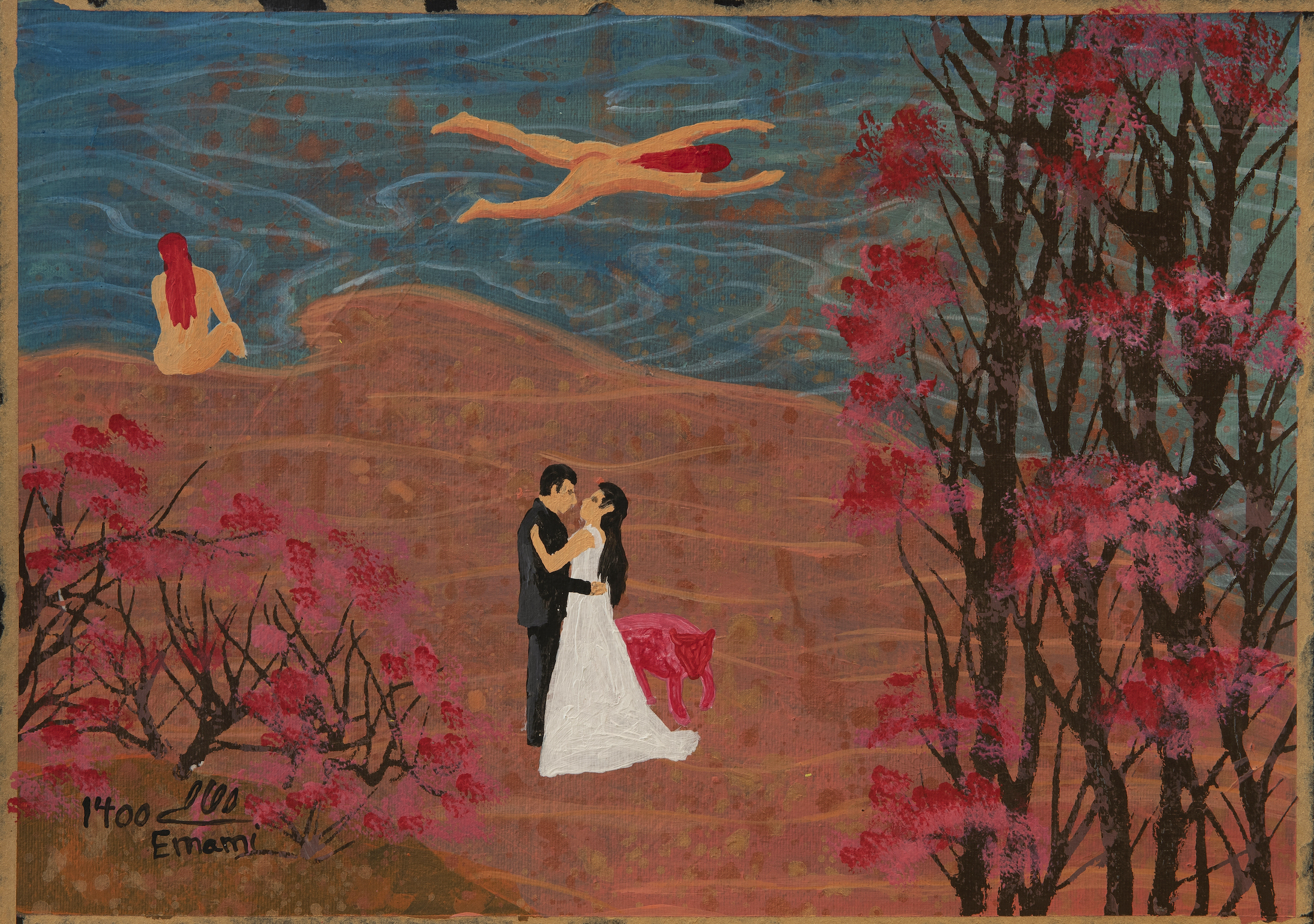 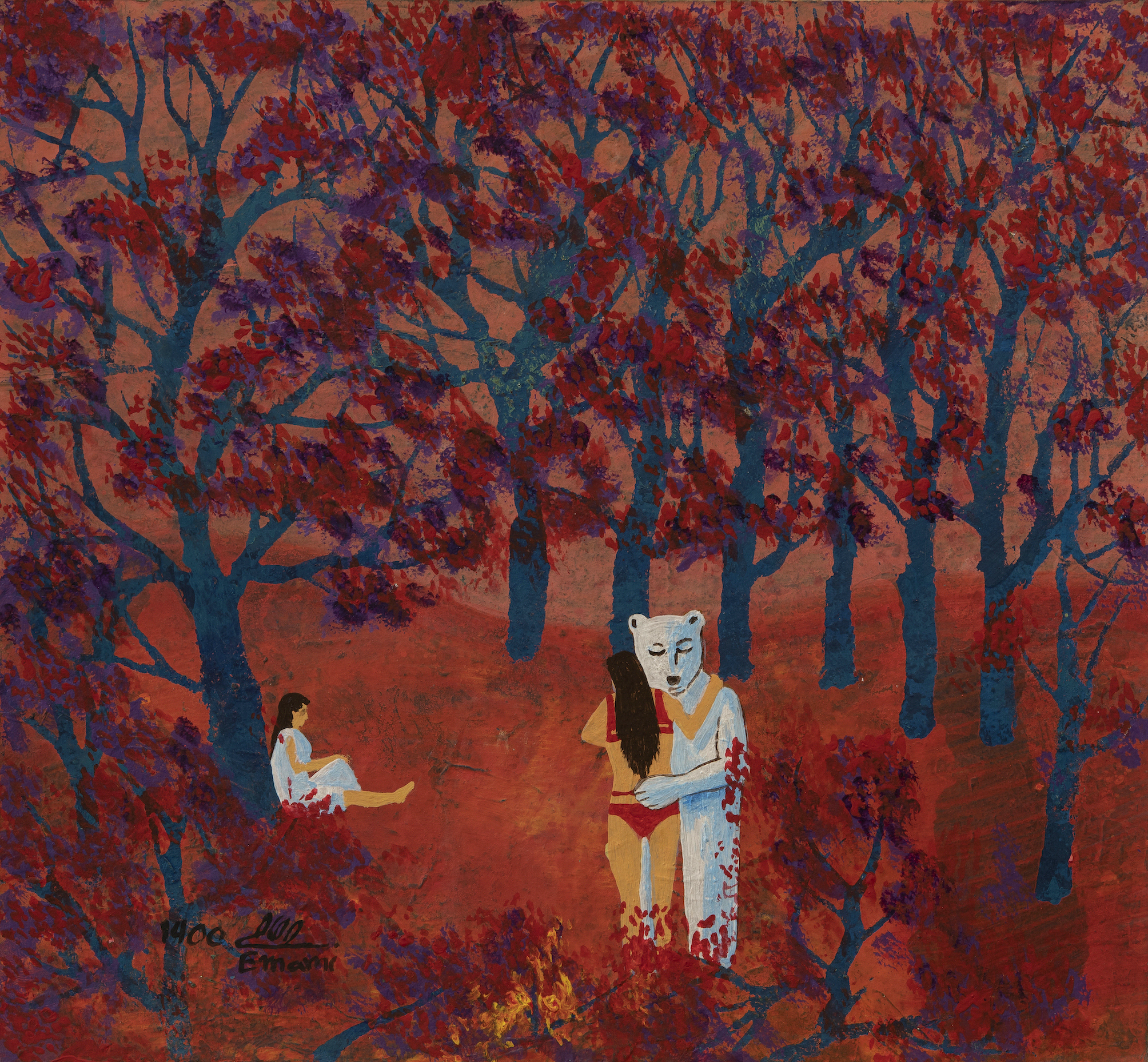 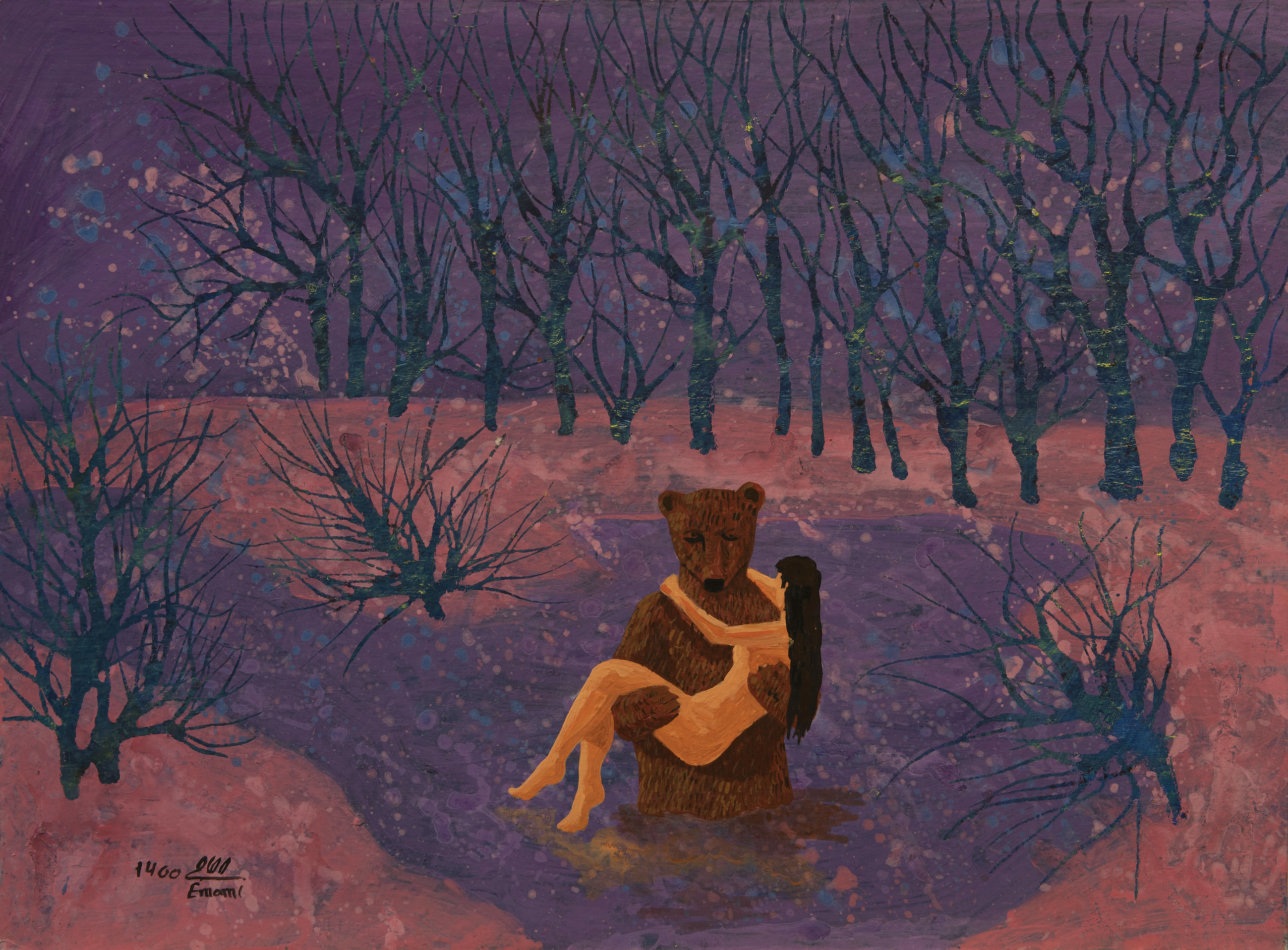 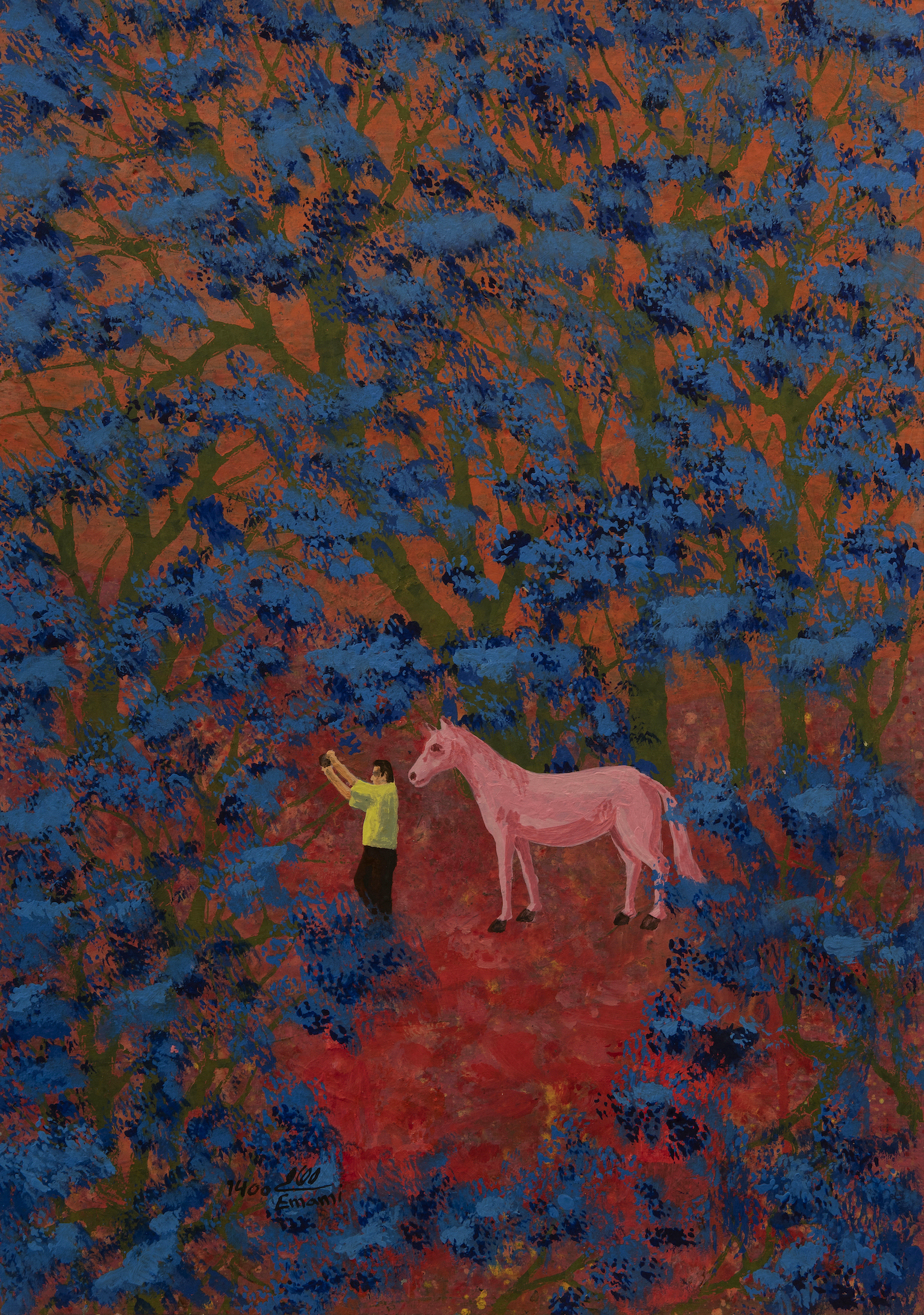 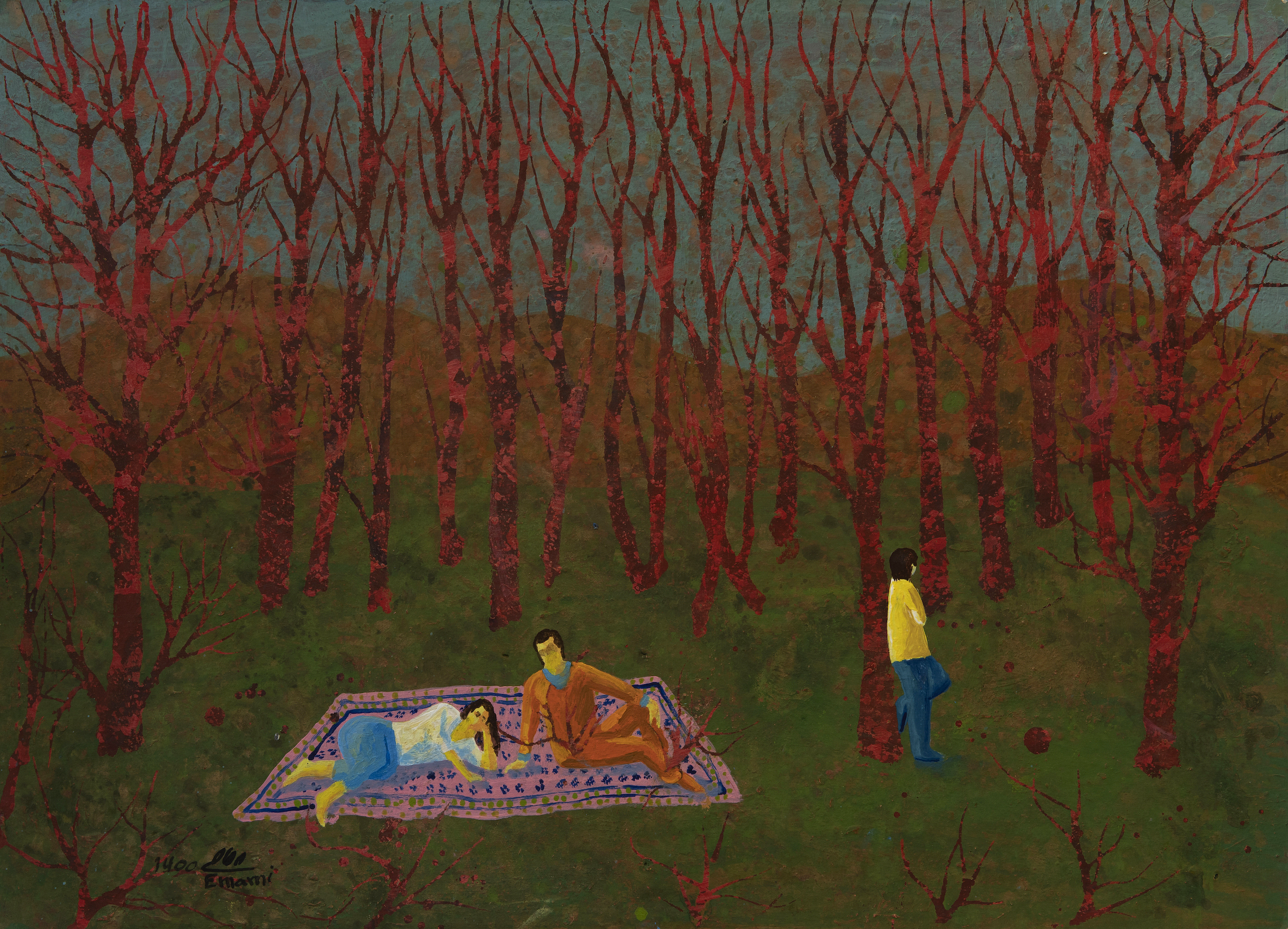 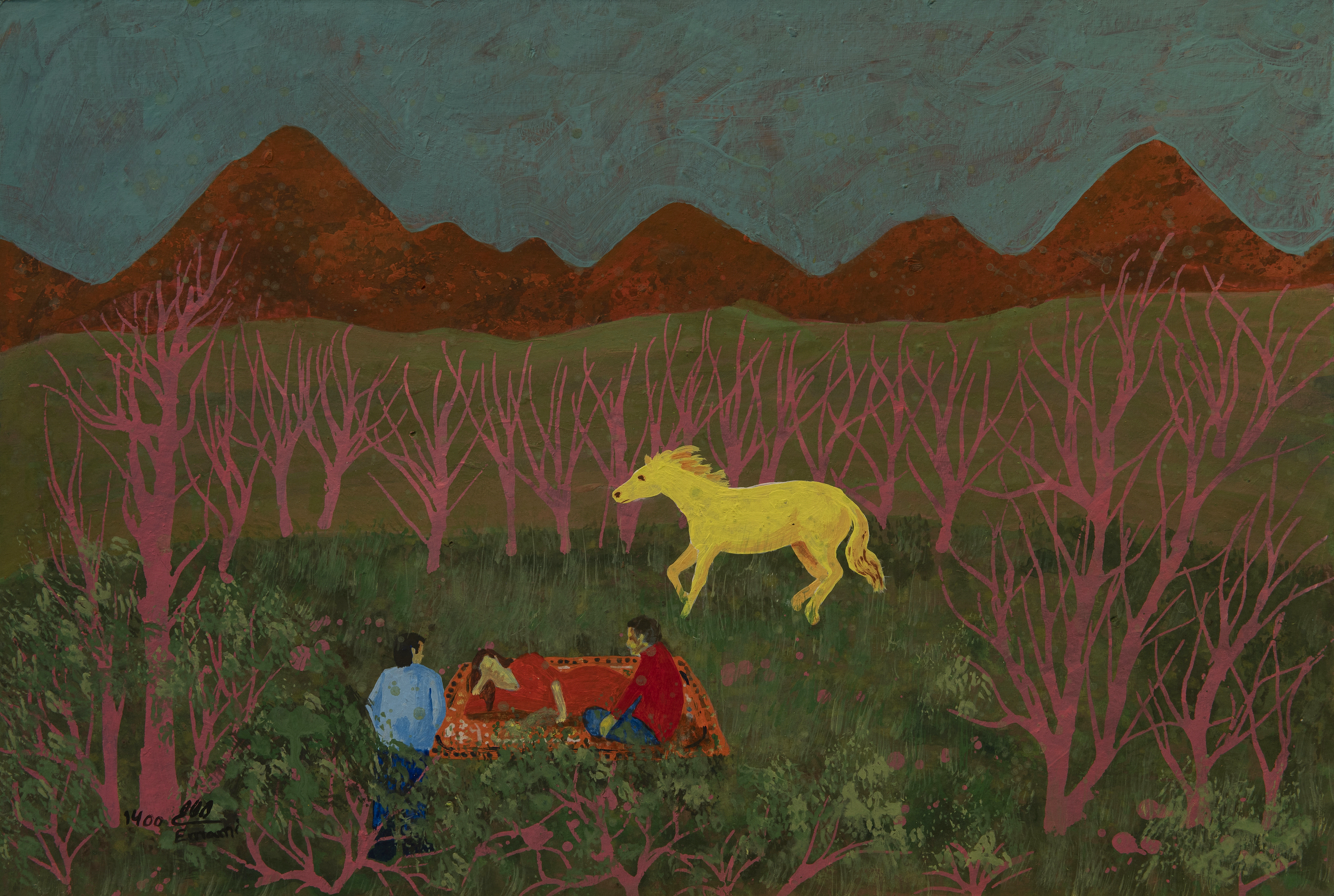 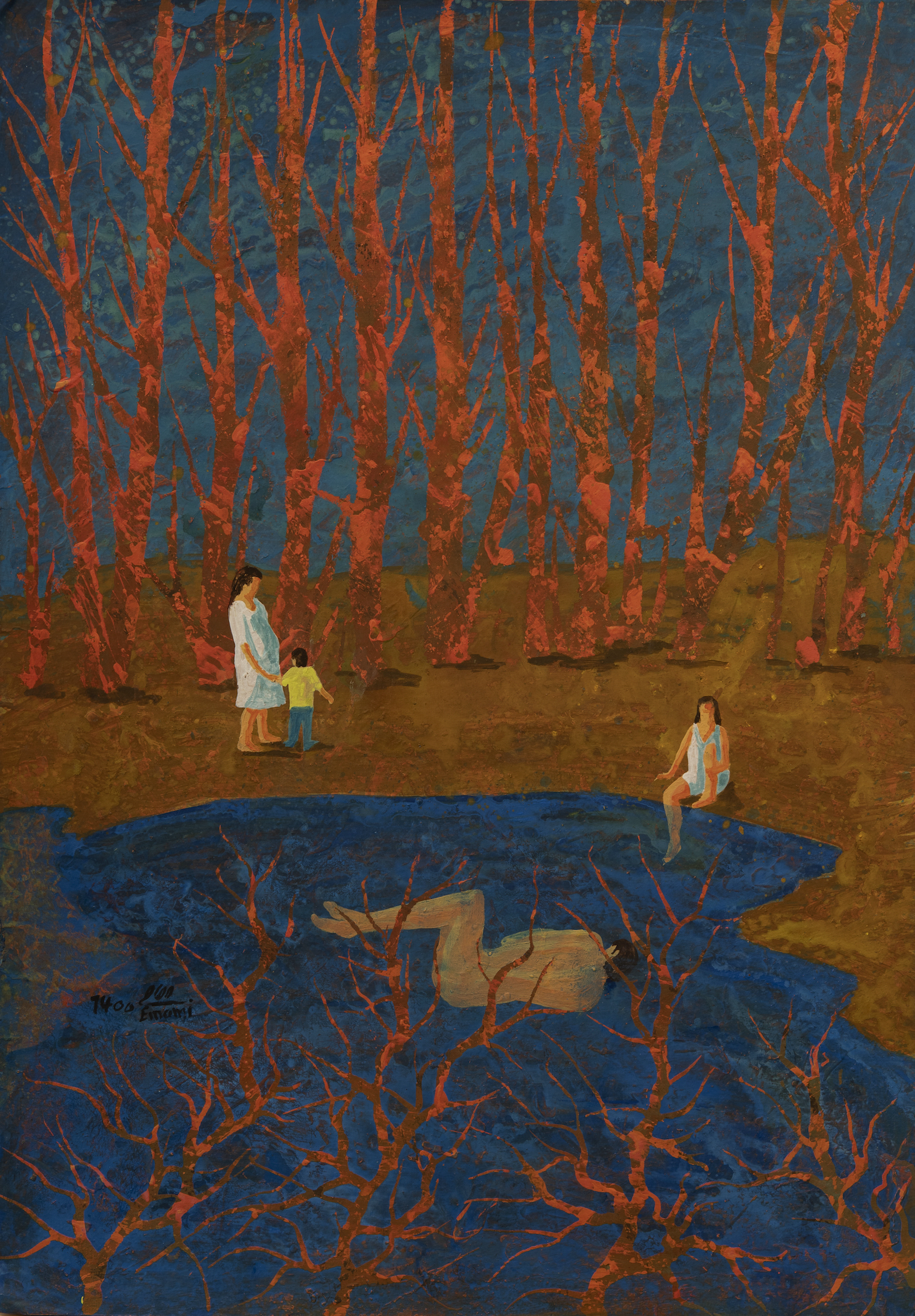