R.Nicholas Kuszyk, also known as Nick Kuszyk or R Robots, is an American street artist and children’s novelist, best known for his signature character of a robot and colorful, expressive murals painted all over the world.

Kuszyk attended Virginia Commonwealth University, where he graduated with honors and obtained two Bachelors of Fine Art, in Painting and Sculpture. He received a Virginia Museum Fellowship and The Theresa Pollock award. He started painting street art in 1993, inspired by the works of Cycle and Cool Disco Dan. His signature robot was born in 2000, and can be found in Berlin, Prague, London, Tel Aviv and, of course, throughout the United States.

The artist participated in a one-month residency in Jaffa, a place on the outskirts of Tel Aviv, Israel. Also, he is the author and illustrator of the children’s book R Robot Saves Lunch which was published by Penguin in 2009. 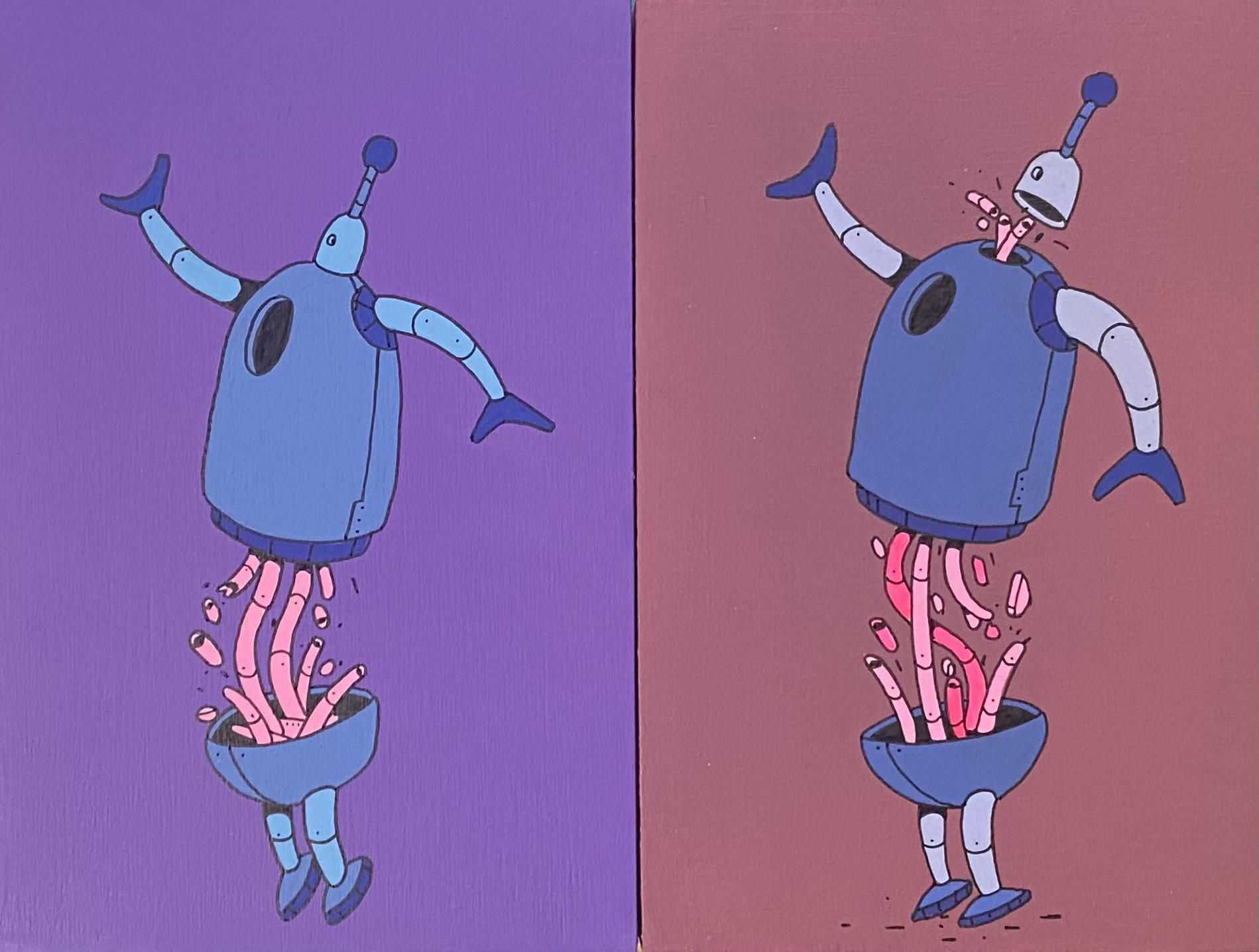 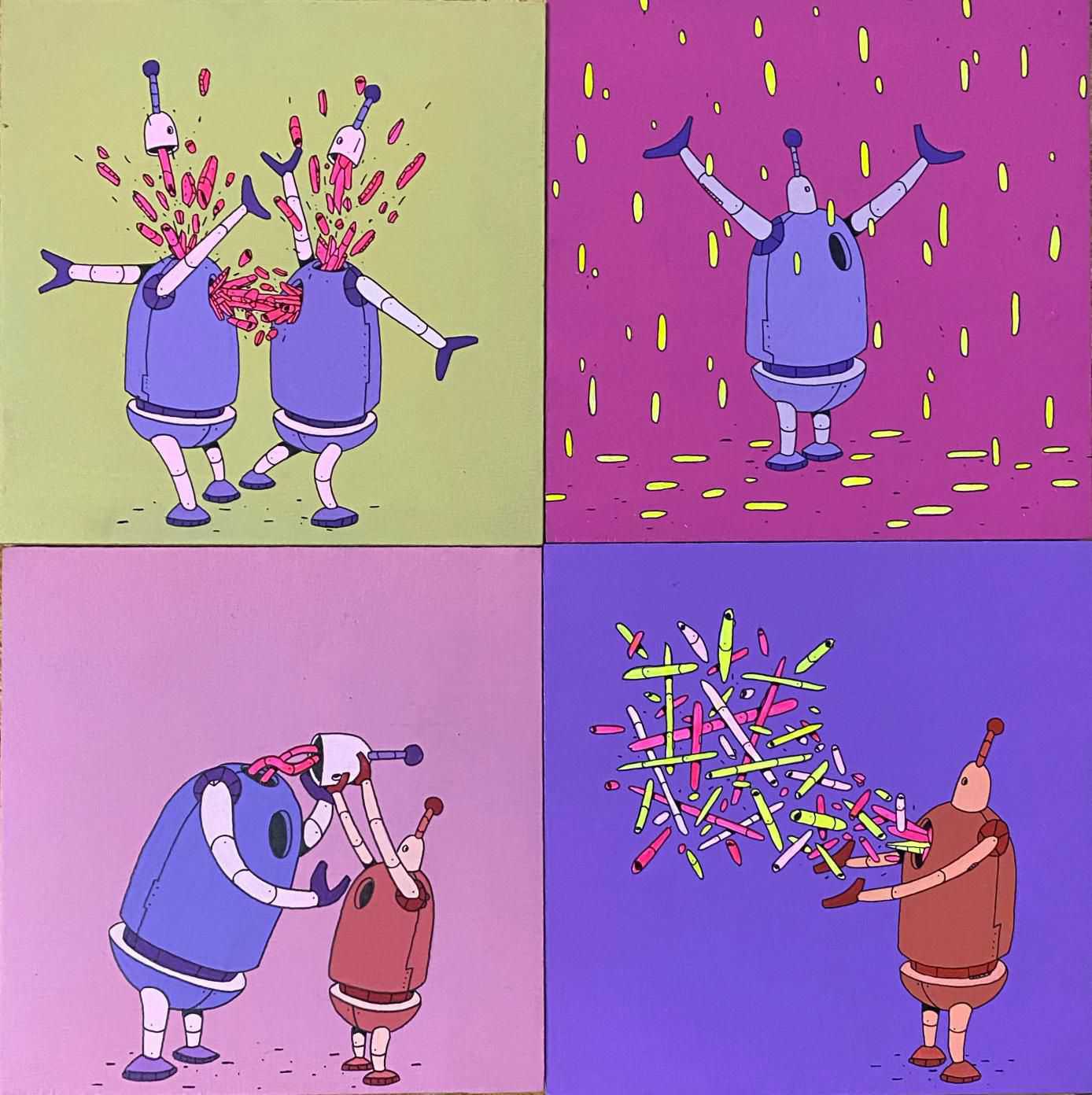 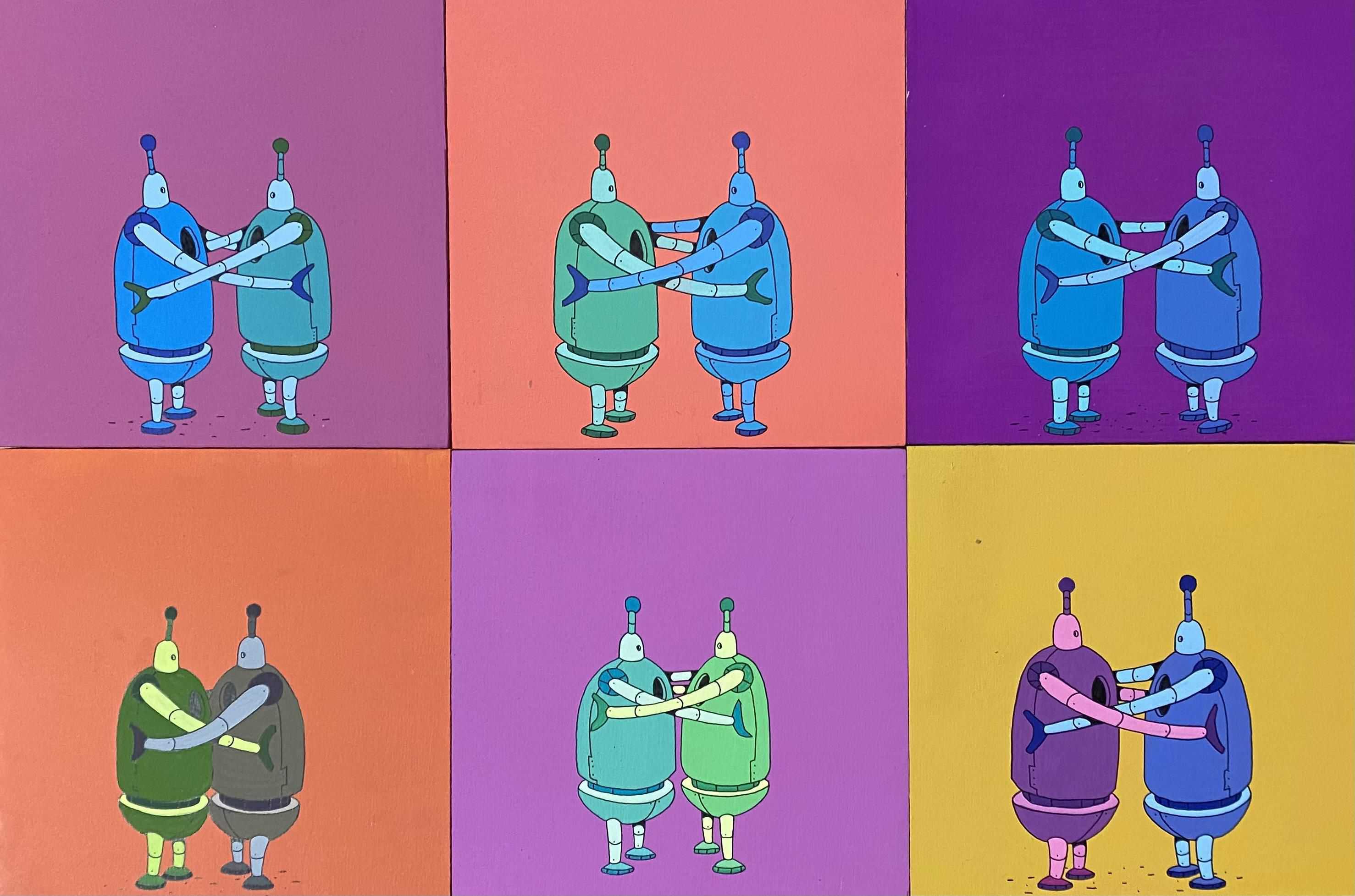 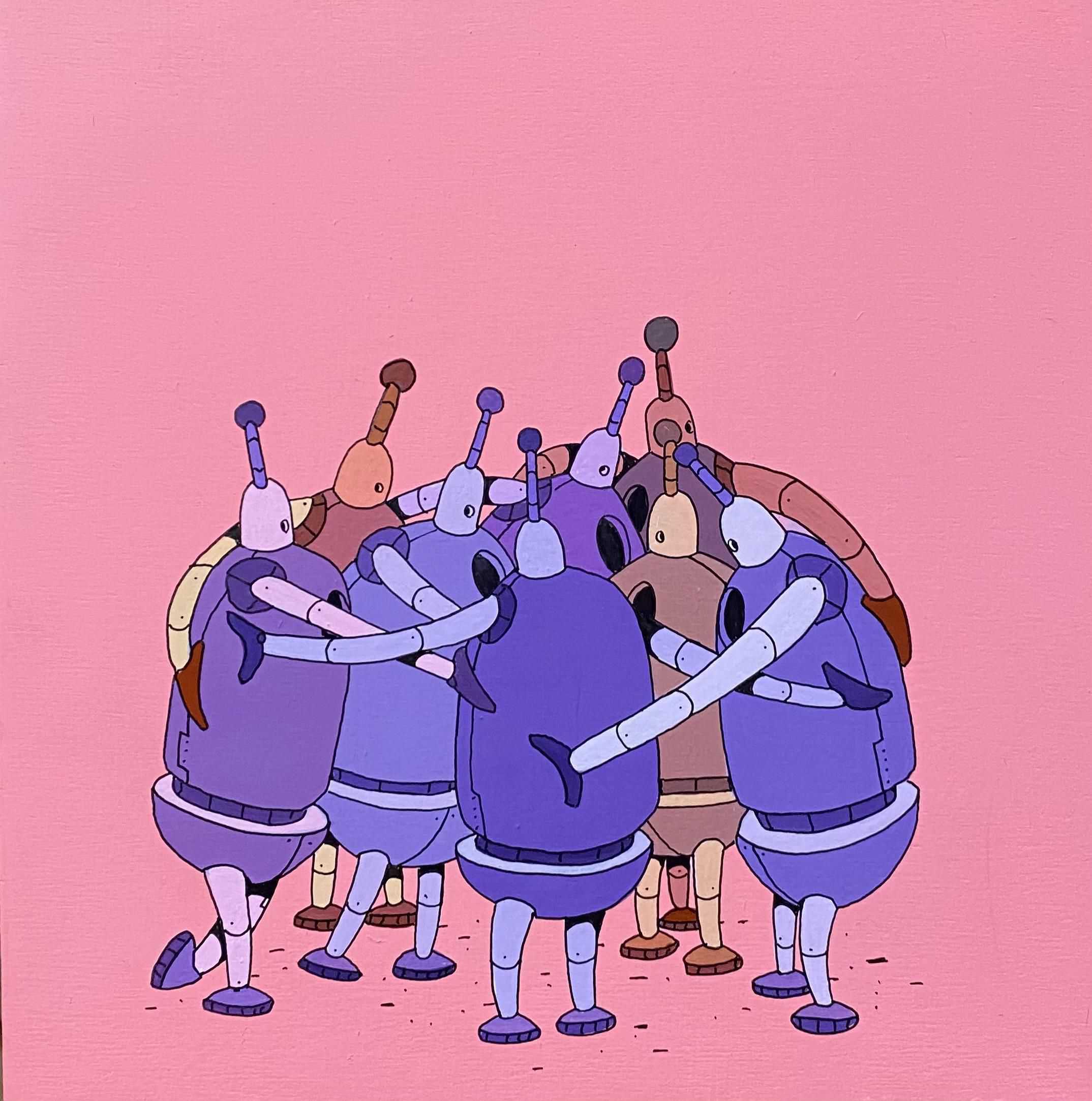