Martín Kazanietz revisits the mobile photo gallery aesthetics to transfer it into his paintings. The installation at the Institut Français in Madrid by La Causa Galería allows us to move forward in the presented works as if it was a real Instagram stories reel.

Martin Kazanietz, also known as Gordopelota, comes to work his studio work coming from graffiti and painting the street. His work has portrayed the culture of amateur soccer, that of the public, that of the fans. That same look is now transferred to everyday scenes in his exhibition Historias Estancadas (Stagnant Stories), with domestic or characteristic images of any city. Spaces easy to identify and indifferent at first, that change when they are passed through the eye of the artist and get the public to stop and contemplate them and give them importance.

There is a generation trapped in the transition from analog to digital. Those who have caught the technological boom in the course of a few years and in their heads were mixed the sound of the router with analog cameras.

This is the context of Martín Kazanietz’s work, a traditional technique such as painting, with naive or folk references, conceived from a contemporary paradigm of instant images. In the work of the Argentine artist, his canvases are as important as the kinetic installation created for their visualization. The machine moves in the same way as the reel of a camera rotates, but at the same time the images it shows have the format of any photograph taken with a cell phone. In this diffuse temporal space reside Martín Kazanietz’s images, which, on the other hand, are a profoundly current voyeurism of an anguished routine.

The artist’s kinetic sculpture also evidences this current need for continuous production, especially the continuous production of images. It is quite sarcastic to stop and paint scenes of a world that does not stop. Martín Kazanietz’s voyeur works speak from the point of view of a narrator, designed from a third person, but it is undeniable that it is very easy to identify oneself as the one portrayed in his paintings.

The project Historias Estancadas by Martín Kazanietzen, promoted by La Causa Galería, can be visited at GALERIE DU 10 – Institut Français in Madrid until February 19. 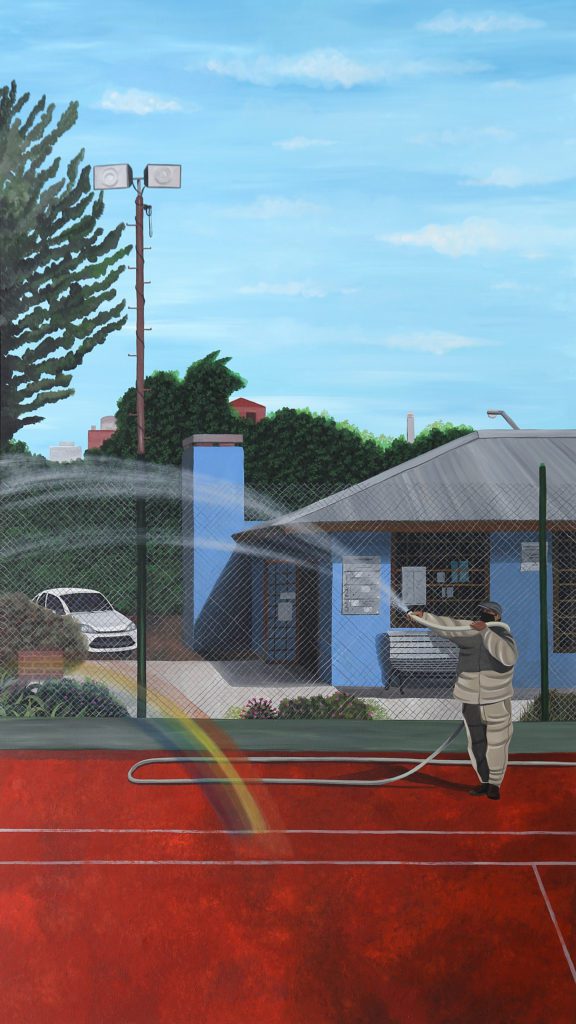 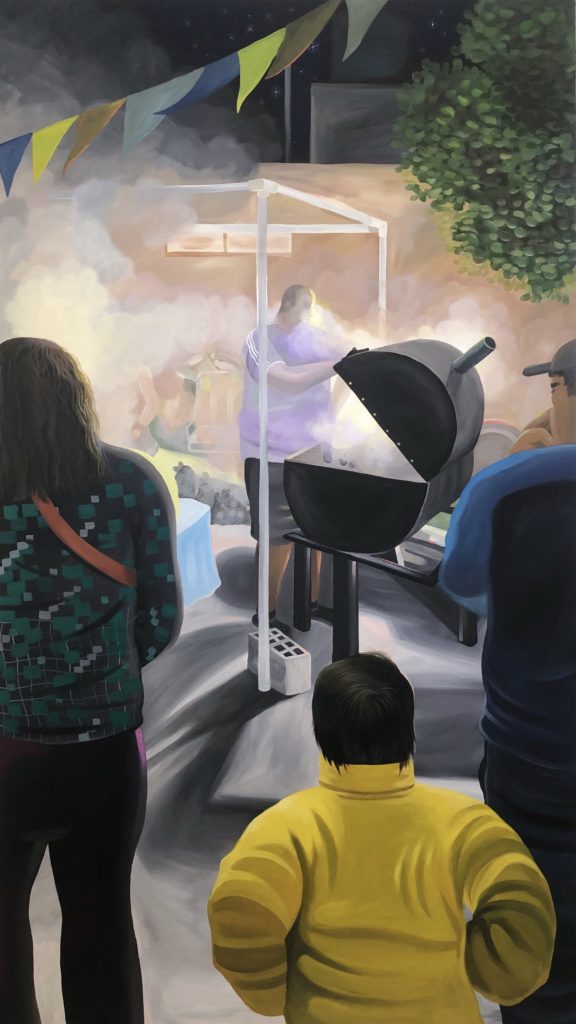 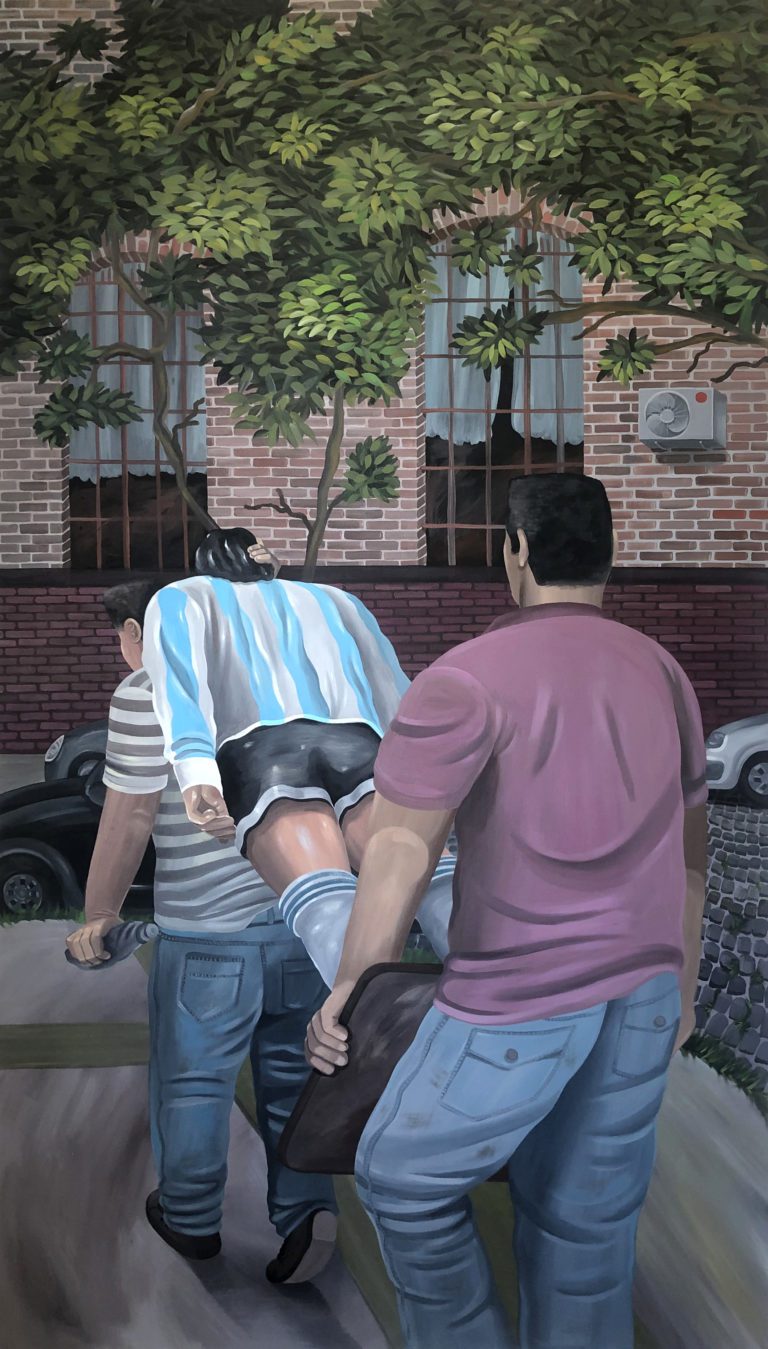