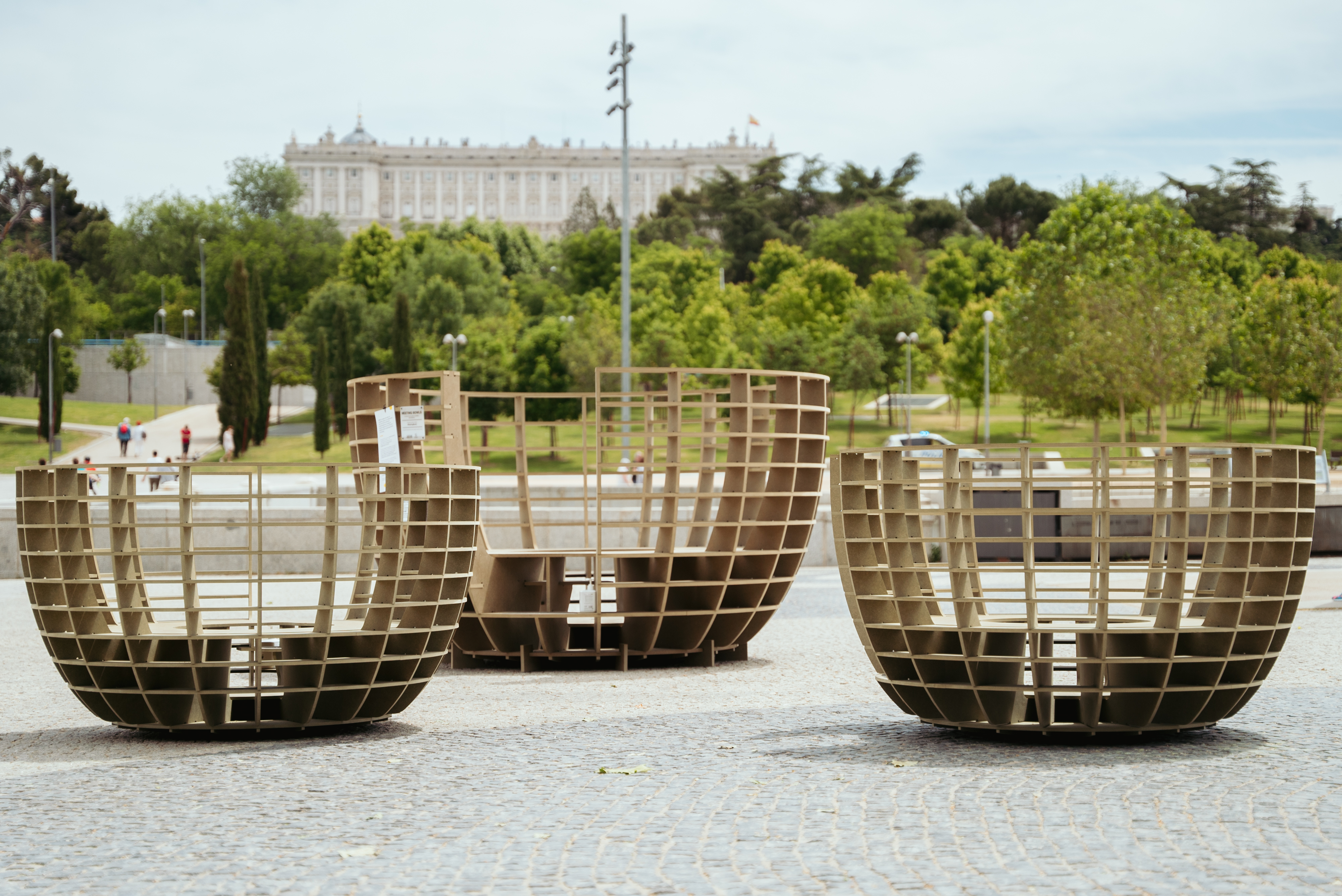 The iconic "Meeting Bowls" of the artistic collective mmmm... come to the Esplanada Puente del Rey in Madrid Río thanks to Ikea and Urvanity.

Urvanity, Ikea and the artistic collective mmmm... we have come together with a common goal: celebrate the 25th anniversary of Ikea in Spain. And we have done it through an objective set by the Swedish furniture design and decoration company: to debate about the future. What will the homes of tomorrow be like? How and where will we live? What will the parks be like? How will we move around? What will we eat?.... The protagonists for this action could not be other than the children and teenagers who will live in that future to whom we decided to launch this consultation through the company of market research and public poll Sigma Dos.

So, how could we generate an environment of debate in the public space where we could bring together, within the measures and restrictions imposed by the health crisis, these children and adolescents who were to outline and shape what we expect from the future?

We thought of mmmm... and its "Meeting Bowls" project that had previously passed through Times Square in New York, Miami's Design District and the city of Arlington in Virginia but had not yet been presented in Spain. This is how these bowl-shaped swings made of wood landed on the Explanada Puente del Rey in Madrid Río in an action that would last 10 days - from the 21st  to 30th May, 2021.

On this occasion, and for the first time, the mmmm... collective designed these hemispherical capsules in their mini version, presenting a large Meeting Bowl and two small ones where children and teenagers sat down to debate about the city of the future, creating an ideal space where their imagination knew no limits. Conceptualized as generators of dialogue and exchange of chimeras, they served to gather ideas that IKEA later shared with public administrations to bring them to life in the future. 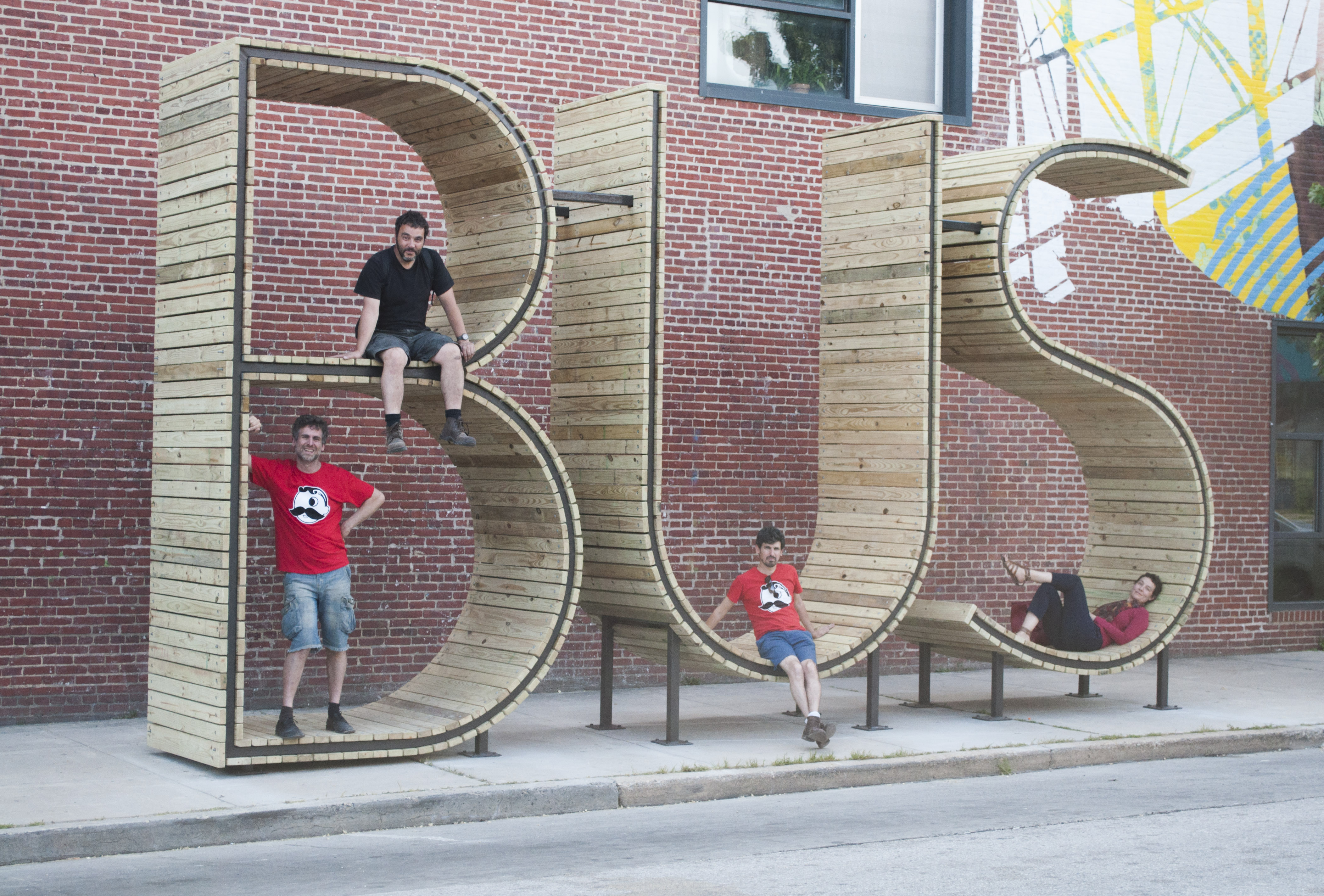 mmmm... is a Madrid-based group that has been creating public art projects, actions, reflexive objects, computer viruses and social models of exchange since 1998. Their production includes a life-size brick car that was placed on a parking space between two vehicles at the door of the Matadero. They have also scattered 100 couples kissing simultaneously among passers-by in the centre of Madrid. They have scattered an orchestra playing the same pieces of music synchronously in the streets of Washington. Or the design and installation of an obvious bus stop in Baltimore, composed by three big letters: BUS. In 2017 they carried out the action Human Rabbits, fifty people with large cardboard rabbit heads invaded the centre of Melbourne. The projects of mmmm... have been carried out, among other places, at the Museo Reina Sofía (Madrid, 2003 and 2010-2011), Instituto Cervantes (Beijing, 2007), Guggenheim Lab (New York, 2013), National Library of Australia (Canberra, 2016) or the Miami Design District (Miami, 2017).