THE MOON BY SpY X CALEIDO 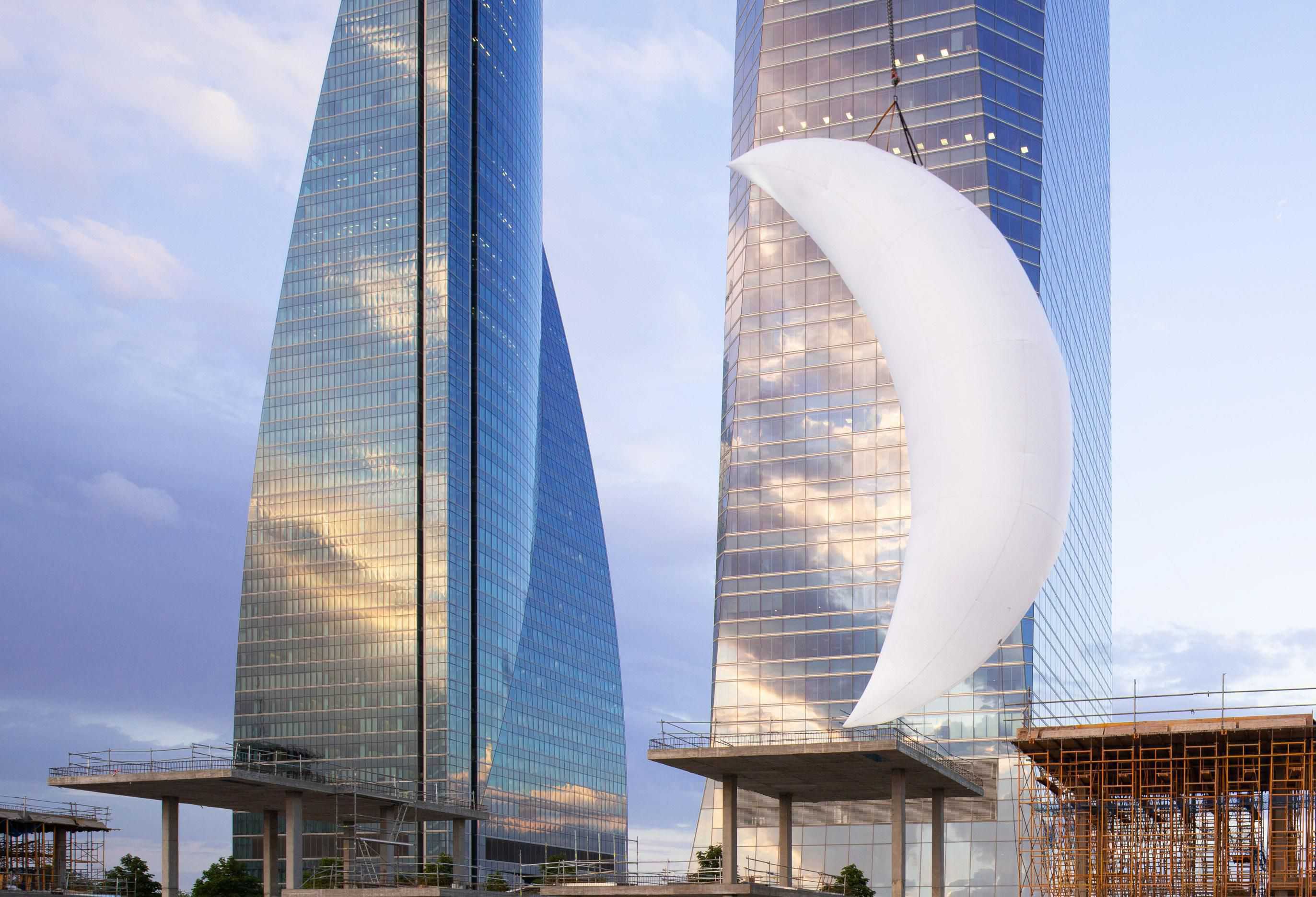 Urvanity launches its collaboration with Caleido, the new architectural project that is changing the skyline of Madrid. Urvanity Projects is in charge of curating a long-term artistic program, which will include a wide range of proposals of public art by national and international artists. Like this Urvanity joins the project to contribute through art to create an important reference space with unique experiences.

On July 20, 1969, Neil Armstrong and Buzz Aldrin put their feet on the Moon while Michael Collin piloted the orbiter of Apollo 11. Fifty years later, and in memory of one of the most important events in the history of mankind, Urvanity commemorated this anniversary with an impressive installation by the Spanish artist SpY: a reproduction of a spectacular giant moon in the fourth crescent phase suspended from one of the cranes of CALEIDO’s current construction space in Madrid.

The 9-meter-long moon modified the light and perspective of the Paseo de la Castellana, and was only visible for one night.

The artist SpY, known for his artistic interventions in the streets all around the world and his appropriation of urban elements, challenged us to rethink about art and the city and to bring art to a public dimension for the benefit of an increased conscience. 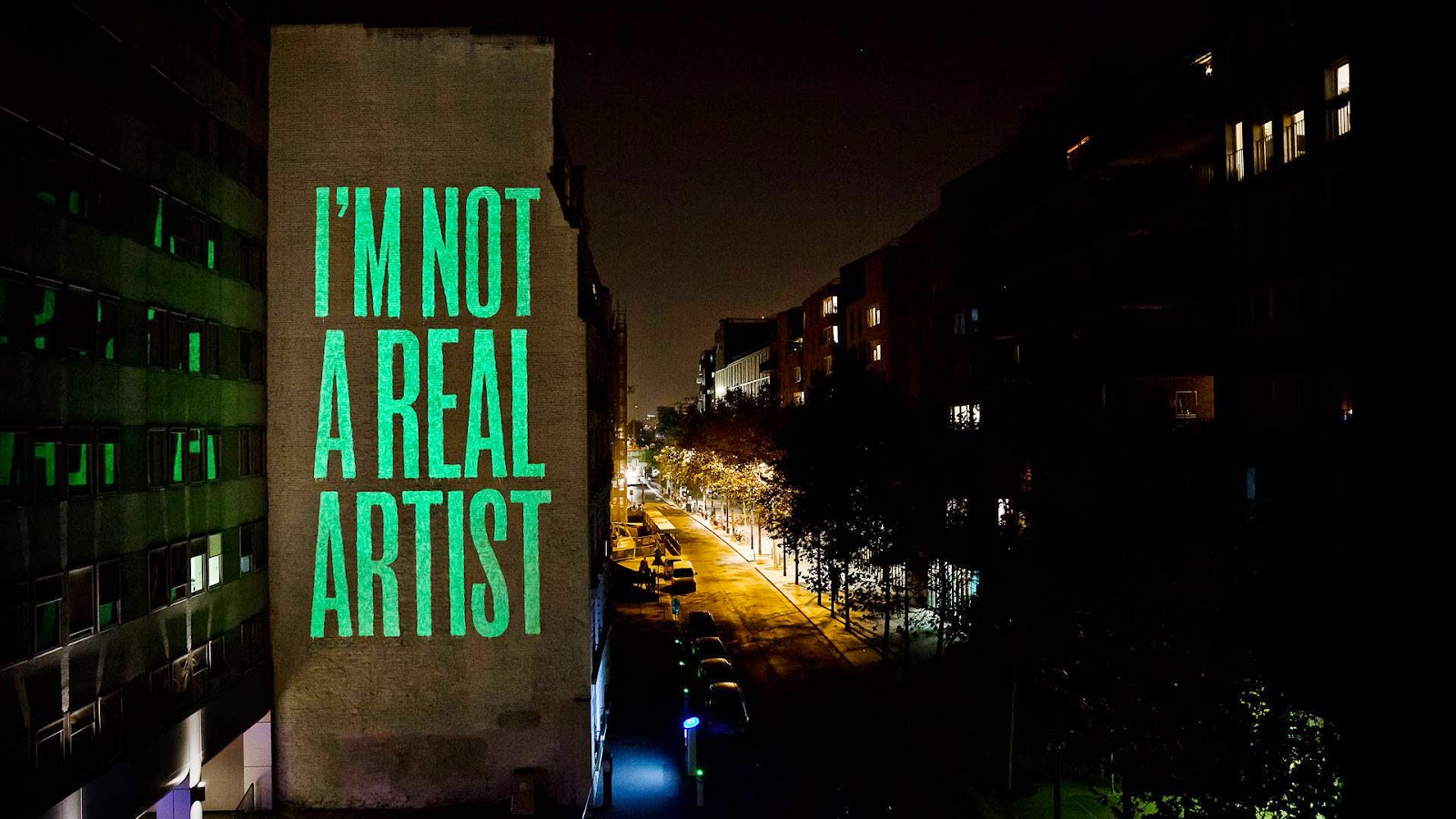 Since he began to make his mark on walls during the eighties, this artist from Madrid has become one of our most recognized figures of urban art outside our borders. His work involves the appropriation of urban elements through transformation or replication, commentary on urban reality, and the interference in its communicative codes. His references range from Land Art of Andy Goldsworthy and Richard Long to the actions by Gordon Matta-Clark and Santiago Sierra.

His never unnoticed interventions have been seen in the streets of Spain, France, Germany, Poland, Mexico, the United States or Japan, among many others, and his work is included in numerous publications that collect the best of current street art, such as The World Atlas of Street Art and Graffiti (Aurum, 2010); Beyond the Street: The 100 Leading Figures in Urban Art (Die Gestalten Verlag, 2010); Urban Interventions Personal Projects in Public Spaces (Die Gestalten Verlag, 2010); or in the guide Street Art / Today (Lannoo, 2015) with the 50 most influential urban artists in the world.